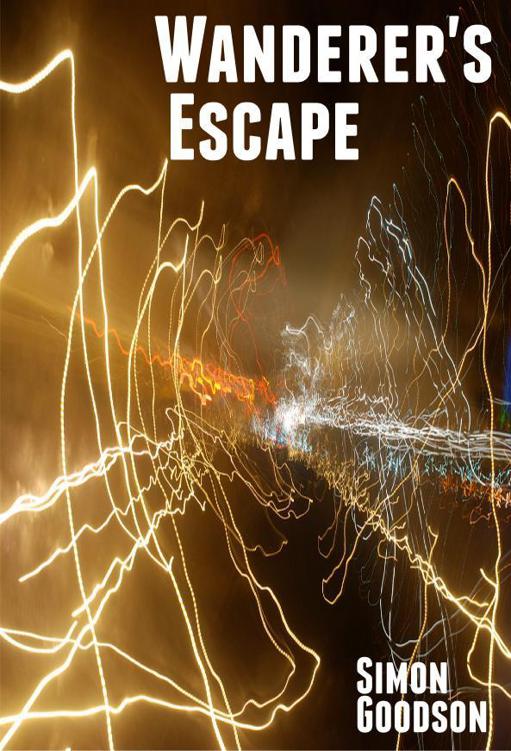 This is a work of fiction. Names, characters, businesses, places, events and incidents are either the products of the author
’s imagination or used in a fictitious manner. Any resemblance to actual persons, living or dead, or actual events is purely coincidental.

without the express written permission of the publisher except for the use of brief quotations in a book review.

To my parents, Charmian and Brian

and to my brothers, Phil and Andy

Being who they were helped me to become who I am.

“
You!  Get over there!” the guard barked at Jess, clouting him on the side of the head for emphasis.

Jess stumbled forwards, then broke into a reluctant jog.  He'd seen the guards whip and beat other prisoners for not moving fast enough.  Ahead several guards in heavy armour waited with two prisoners and the remains of a third.  They all stood near the side of a small spaceship which was maybe a hundred metres long and thirty wide at its widest.  It was only high enough for a single deck.

The dead prisoner had been ordered to open the ship's airlock but had set off a booby trap.  Stuck at the front of his group of prisoners Jess had seen far more than he wanted of the death.  As the man had manipulated the door controls a blast of electricity had been unleashed, ripping through his body.  At least it had been fast.  Over the past four days Jess had seen many of his fellow prisoners die as they set off traps, most quickly but some lingering in agony until a guard grew tired of the noise and put a bullet in their head.

They were working their way through a series of vast hangars, each filled with ships from tiny one person flitters through to immense mining vessels.  At least that's what some of the prisoners said they were called.  Jess had been born a prisoner, grown up a prisoner.  At sixteen he knew he'd die a prisoner.  Like most of the others his aims in life were to avoid being punished too often, to get enough food to survive, to keep going.  Not everyone felt that way.  A few tried to escape.  Normally those who hadn't been born prisoners, who had memories of freedom.  It was hopeless.  Every prisoner was fitted with a control collar.  At the slightest sign of a revolt any guard could activate the collar of every nearby prisoner.  Jess didn't know how they worked, just how it felt.  Like a million insects biting and burning their way down every nerve.  Some people screamed, some couldn't.  All dropped to the floor writhing in agony.  Distance offered no safety, the guards just increased the range until the running prisoner's collar activated
– in the process taking down every other prisoner within range.  The punishment for those trying to escape?  Other than the pain from the collar, nothing.  Nothing from the guards.  Punishment was left to the other prisoners, to those who'd suffered when the collars activated.  Few tried to escape more than twice.  Repeat offenders were almost always killed or crippled by their fellow prisoners who valued avoiding punishment from the collars far above a fellow prisoners freedom.

It wasn't all stick though.  Sometimes there were rewards
–  like now.  A month on special rations for anyone managing to help make three ships safe.  Meat for every meal, real vegetables.  A feast compared to the prisoners normal fare.

Not as easy as it sounded though.  Jess had no idea who the previous owners had been but they'd been determined to protect their collection of ships.  Many groups of prisoners were working to gain access.  Hundreds had died already, just that Jess had seen or heard of.  Now it was his turn to step up.

Walking past the guards he studied the two prisoners already by the ship.  The closest was an old man, powerfully built despite his age.  His face and arms were covered in scars and burns.  Life expectancy for prisoners was thirty to thirty-five.  The man looked well past that already, which probably meant he'd been captured in the last few years.  The other was a woman maybe eight or ten years older than Jess, dirty face already creased with wrinkles.

Jess stopped by them, trying to ignore the charred and still smoking corpse on the floor.  A guard stepped forward and shoved him towards the ship.

Jess glanced at the other two.  The girl looked away, the man spread his hands.

“We've already cleared one ship,” he said.  “You're the trap fodder at the moment, like barbecue boy was before you.  They'll save us for the tricky traps inside.”  His face softened slightly.  “Be careful kid.  Take a little extra time.  You look like you've got more smarts than the last one.  Use them.  You'll need his pry bar.”

Jess nodded.  The bar was needed to open jammed doors, and in theory to deflect any electrical blast safely into the floor
– though the corpse grasping the bar showed how well
that
worked.  Jess took
a deep breath, stepped to the smoking corpse and with a shudder prised the metal bar from charred fingers.  It came free easily, if it hadn't Jess was sure he'd have lost the meagre contents of his stomach.  Standing he turned to face the airlock.

The ship seemed different from the others Jess had seen in the hangars.  Where most were blocky, often with garish paint jobs, this one was smooth, streamlined, and silver all over.  No access panels, no warning signs, no external pipework.  All that broke the side he looked at were the faint outlines of the airlock and a lock panel to the right of it.  The panel where the booby trap had been set.

Jess peered closely at the lock panel, taking care not to touch it.  A standard looking access system, number pad to enter the combination and a display above.  Wires ran from it to a cracker unit which showed a long series of digits.  Had the last prisoner just got unlucky?  Mistyped a number?  Jess reached out to start typing but then paused.  Somehow the panel looked wrong, seemed to jar with the rest of the ship.

Stepping back a little he studied the ship's side again, following the outline of the airlock.  To the left he found a slight indentation in the hull at shoulder height.  Gingerly he reached out and pressed, body tensed.

Nothing happened.  Jess let out a shaky breath.  Then he noticed that the outline of the door seemed a little clearer, and as he watched the entire door slid sideways revealing a small airlock.

“
Well done kid.” said the older man, stepping forwards and clapping Jess on the shoulder.  “Plenty of room for the three of us.  The guards won't come in with us, not till we've finished clearing the main traps from inside.  Come on.”

The man stepped into the airlock.  Jess stepped in to his left, the girl to his right.  The outer door closed quickly, leaving them in darkness.

“Matt!” the girl's voice snapped out.

“
Sorry.” muttered the man, Matt, flicking on an electric lantern.  “Wasn't expecting the door to close that quick.  Hope the inner door opens soon, the air in here won't last that long.”

“
Jess.  Well Jess, I'm Matthew, Matt normally, and this is Sal.  You seem to have some smarts so maybe you'll be around long enough for us to need your name.  Or stuck in this airlock long enough to need it.”

“
Matt!” hissed Sal.  “You know I hate the thought of getting trapped on one of these ships.  Can you
please
shut up!”

Before Matt could reply the inner door smoothly drew back, so
quickly that Jess who had been leaning on it stumbled out.  Matt stepped out next holding the lamp up, followed by Sal.

Jess looked around in wonder.  The only ships he'd been on before were prisoner transport barges, all bare metal and dirt, stinking of fear and filth.  This was a different world.  The room they were in was the width of the ship and about twenty metres long.  It was sparklingly clean and completely empty, lit by gentle lighting in the ceiling.  A door to their right lead towards the front of the ship, another to the left lead towards the back.  Matt turned off the lantern.

“Be careful.” Matt said.  “Just because it looks empty doesn't mean there can't be traps.”

They took a few tentative steps then a sharp beeping made Jess freeze in place.

“
What took you so long?” came the crackly reply.

“
The inner door didn't open for a while.  We just got into the main ship.”

The radio stayed silent for a few seconds.  Suddenly burning pain slammed through Jess's entire body.  As his muscles all convulsed he dropped to the floor, stayed laying there for a few seconds before he realised that the collar had turned off almost as soon as it had been activated.  As he climbed back to his feet the radio crackled into life again where Matt had dropped it on the floor.