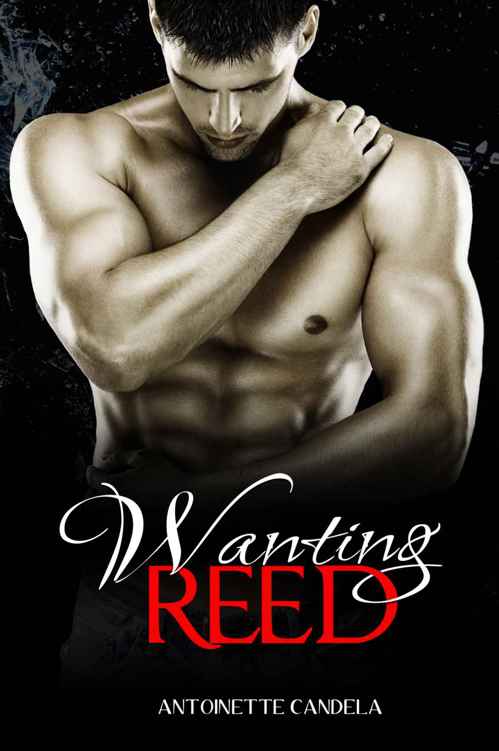 “Love is giving someone the power to destroy you, but trusting them not to.”
How do you live with yourself when you are the reason you lost the one thing that meant the most to you.
Timing is everything and for Reed, he can never seem to catch a break. When Reed returns to Boston to redeem himself he finds that Elle has already moved on, building a new life, a new beginning. He needs her to know that he meant every word before he left, that he never meant to leave her. Will he ever get that chance to tell her?
How do you love again when the one person who made you feel like you were his whole world left you with a broken heart? Hoping that life and new friends could keep her memories and feelings for Reed at bay, Elle chases life and all that it has to offer until she is confronted with heartbreak again.
Is time and space enough to get past losing your once in a lifetime or will Elle be always Wanting Reed?

Cover by Wicked by Design

All rights reserved. Except as permitted under the U.S. Copyright Act of 1976, no part of this publication may be reproduced, distributed, or transmitted in any form or by any means, or stored in a database or retrieval system, without prior written permission of the author.

The scanning, uploading, and distribution of this book via the Internet or via other means without the permission of the publisher is illegal and the punishable by law. Please purchase only authorized electronic editions and do not participate in or encourage electronic piracy of copyrighted materials. Your support of the author’s rights is appreciated.

Wanting Reed
is a work of fiction. Names, characters, places, and incidents are either the product of the author’s imagination or are used fictitiously. Any resemblance to actual persons, living or dead, events, or locales is entirely coincidental.

This book is dedicated to my kids, Antonio and Gabriella.

I hope you always follow your dreams and never give up on the things that make you smile.

“No one can take the one that is destined for you”

“Love is giving someone the power to destroy you, but trusting them not to.”

It’s a picturesque Saturday morning in late August in Boston with a hint of autumn invading the air. I woke up this morning ready for anything and prepared to move forward. I have to. I’ve learned to just roll with the punches over the last few weeks. Pick up the pieces and try to put them back together the best I can. Life doesn’t stop for anyone, especially me.

My summer began with Cane and the possibility of living together and ended with the demise of our relationship because he cheated. Then I fell for Reed. He was a whirlwind that I got sucked into instantly, only to watch him vanish just as quickly as he appeared in my life. The lack of experience and baby steps I took for so many years did not help me at all. It just made me a magnet for more pain.

“Why are you coming here?” Tyler asks, running alongside me.

“Change of scenery. I mean, come on. Look around. It’s beautiful.” I wave my arm toward Jamaica Pond as the welcoming sun kisses my face.

“I totally agree with you, but I thought you said that hitting the pavement was bad for the knees. We can’t have you injuring those pretty legs of yours.” He looks over at me and smiles. “Then again, if anything happens to you, I’d be happy to carry you.”

“Lovely. You benefit from my pain. Priceless.” I laugh, sprinting past him down the path.

“Hey!” he yells after me. “You can’t blame a guy for trying.” He throws his hand over his heart and tries to catch up to me.

I didn’t want to run alone, and I couldn’t bring myself to run at the track either for a couple of reasons. Maybe it’s just the one reason that has dominated my thoughts for the last month. Reed. The track reminds me of him.
Everything
reminds me of him. Vanilla ice cream, the beach, Linden Park. It’s funny how a place or favorite food that never meant anything to me before now triggers memories and emotions that will be forever linked to him. No matter what, he’s connected to me in some way, which makes it more difficult to deal with and harder not to stay away from everything. I can try to avoid those things as much as possible, but it’s both mentally and physically impossible.

I don’t know what’s happened to him, and I don’t want to know anymore. He did exactly what he said he wouldn’t do to me. He said he wouldn’t hurt me. I don’t want to be led down another road, believing there’s a happily ever after with someone, but only to be dealt another dose of unbearable heartbreak. It’s too much for me to handle. Now, all that’s left when I think about him is a dull, stabbing pain, like being prodded with a stick over and over again. The words he said only make me feel worse about jumping into a relationship with him. Reed was the guy I knew I should have avoided, yet another hard lesson to learn, especially right after breaking up with Cane.

I still have his number and picture saved on my phone’s caller ID; it’s the only real tangible piece of him that I’ve been hesitant to delete. If I delete it, it’s like he never existed. Yet, I know he did, and that, along with the fact he hasn’t returned, hurt me the most. What would I do if he did return to Boston?

Reed never told me anything about his life in Texas. Tommy seems to have fallen off the face of the Earth, too, and hasn’t contacted me again after the phone call the night he asked if I had heard from Reed. I even went back to his apartment to talk to Luke. He hasn’t heard from him, or maybe he has and doesn’t want to hurt my feelings. His Hummer is still parked in the driveway. Nothing has been moved; everything is just how he left it right before he boarded that plane to Texas a month ago.

I haven’t really paid much attention to anything while trying to mend my broken heart. I’ve been putting in extra hours at work and occupying every spare moment filling out applications for medical school. I’ve been going to plenty of Red Sox games with Tyler and his dad, which is fine by me, because I’m not sitting home alone at night. I’m hoping through this impending semester at school, I can expand my circle of friends. Now that I’m single, I plan to find balance in my life. School’s not going to be all about academics anymore.

Glancing over my shoulder, I laugh as a shirtless Tyler tries to keep up the pace with me. Even with those long legs, he never could, but he definitely looks good doing it. He’s tanned from the summer sun, showing off his chiseled abs and arms from all the training he’s doing for the upcoming baseball season at Boston College. Ever since he was chosen as the team captain, he has really hit the gym religiously and it shows. He’s taking this very seriously and so are the baseball scouts across the country, scouting him as one of the top shortstops in the nation.

Along with being best friends with Tyler, I have to endure the double takes from all the other females running the path around the pond. It’s not just here though; it’s pretty much everywhere we go. Even though he hates running, he insists on coming with me, telling me that he needs to work on his running to help him increase his speed on the bases. I don’t mind him so much on days like this when I wake up with a large hole in my chest, thinking about what happened with Reed. Those days happen more than I care to count and having Tyler here helps me endure.