The hefty bioroid foreman eyed Fu’Ryah with contempt. He threw down the pistol he had been holding on his off-hand, and drew a serrated punch-dagger from his boot. He then snapped his whip into life, allowing the electrical surge of energy to crackle and spark. “You don’t fool me, captain” he said derisively, “I’ve handled slaves all my life, and you’re a slave, if ever I’ve seen one. That’s why I’ll gut you like a slave.”

The Blood Bond marauders opened a path for their leader, and hailed her as she walked past them. The vocalisers in her headgear then conveyed a wild cackle that could freeze a man’s heart within his chest, but her opponent was not human. Then the star gladiator of the grand arena of Libertatia produced her twin weapons, languidly bringing the boarding-talons to bear on her hulking opponent.

She started to circle left around the tall bioroid standing at the centre of the arena, saying: “If your blade is as sharp as your tongue, bioroid, you should slit your own throat now and save yourself some pain.”

Unmoved by her taunt, the foreman studied the war-dancer as she moved with cat-like grace. As she circled around him, he adjusted his stance to face her, never letting her move behind him. He snaked his whip from side to side, making it crackle threateningly in the air now and again, so to shower Fu’Ryah with sparks while he calmly waited for her first move.

For almost a full minute, they watched one another in an analysis of each other’s form and posture. The cunning Fu’Ryah purposefully misled the foreman by keeping her boarding-talons pointed at his eyes from mid-guard. This ensured that she gave him neither an assessment of their length nor an indication of her next move. He on the other hand overtly assumed a guarded posture, which indicated he would respond to a blow, rather than initiate one.

Fu’Ryah smiled an unseen smile at his intent, and decided on what to do next. The unsavoury spectators standing all around them ached in anticipation, until their suspense was broken by the blindingly fast charge of the war-dancer. She shot herself forward at her opponent, feinting to the right to attract his strike.

Unable to read her body language accurately, the foreman fell for her trap and struck the empty air, while she hit him twice on his left flank and moved away. The hits were palpable, but the foreman laughed scornfully. As for Fu’Ryah, though her blows had evidently landed accurately, and though they had ripped at the foreman’s suit, the reactive properties of the bioroid’s outfit had absorbed much of her power. He disdainfully brushed his side with fingers extended from his dagger’s handle as she backed away.

Undiminished, the captain gazed at the impressive bioroid towering before her, and saw an opportunity to strike again. She thrust her slender body forth, ducking out of a clumsy slash of his dagger, and taking impulse on his left leg to soar briefly over the raging foreman. In response, the foreman snapped his whip to meet her, but she evaded it impossibly, just as she trapped his facemask with one of her hooks, twisting it out of the foreman’s face.

As the apparatus was yanked out of the bioroid’s head, she bypassed him to reappear at his rearguard. The fearsome foreman turned hastily to face Fu’Ryah – his ugly phizog scraped from chin to forehead by her sharp hook – but as he did, the captain twirled her body to sink a talon into his exposed left side.

The foreman recoiled with a yell and swung his off-hand at her in response. She dodged out of the foreman’s lumbering strike, retrieving her weapon from his side, and rolling away in one fluid motion. Nevertheless, while she recovered from her evasion, the aggrieved bioroid rushed to lash out at her with his sparkling whip. The hit merely grazed her, but the graze was enough for a jolt to surge through her body, and she screamed in pain. The surge drained her momentarily, and she dropped as if dead.

The foreman followed up with a new crack of his whip, and Fu’Ryah avoided the assault by rolling away in the midst of lively sparks. She then threw her legs in the air to rise to her feet in one swift jump, whereupon the bleeding foreman reached out with a new slash. As soon as she landed, she instinctively crouched out of the way of the foreman’s voracious blade. Yet the bioroid switched his stance and managed to land a heel kick on her stomach.

Though the inelegant blow was partly absorbed by Fu’Ryah’s reactive void-suit, the superhuman strength of the foreman was sufficient to throw her spinning away. She rolled to a stop near the edge of their improvised arena. Had she been made of lesser stuff, the transhuman may not have survived the blow. As it was, she got up.

“That will teach you some manners,” grumbled the bioroid as he made toward his breathing apparatus. He was gasping and wheezing for air, and the thin atmosphere was already exerting a toll on him. Yet, before he could reach the contraption that had been painfully wrenched out from him, Fu’Ryah darted ahead of the foreman with a dive, and hooked the thing with one of her boarding-talons, catapulting it away beyond their improvised arena, as she got up again beyond his reach. If he was having trouble breathing the thin air, she wanted him to stay that way.

The foreman snarled at the deed and summoned a berserk rage. He rushed recklessly toward the war-dancer, clobbering at her with whip, blade and fists, trying to get at her in any way that he could before he succumbed to the lack of oxygen. Fu’Ryah continued to evade the aggressive foreman’s attacks, voiding his blows and somersaulting out of his reach, until the hulking fiend growled in frustration and committed to one final all out strike.

He delivered a new blow, at an ascending angle, that could have yanked her head off her shoulders, but she cross-parried it with the weapon on her right hand, so to strike back at the foreman with its twin. Fu’Ryah used her parry to spin her body over the balls of her feet, channelling the strapping bioroid’s own extraordinary strength against him. She added a whipping of her arm to the rotation, and the impact of her attack was such, that the rib-cage of the Black Rose foreman cracked inside his suit, and he collapsed at once, exhaling what little air he still had in his lungs.

Fu’Ryah was stunned but she could tell that the foreman was already half dead with internal bleeding and more. She had seen it happen before a hundred times. He was no-longer a threat. Fu’Ryah’s audience, on the other hand, was exhilarated at the sight of her victory. The bioroid pirates in her crew wanted her to keep him alive and make him a slave, for the fierce foreman had slain several of their numbers during the raid and they wanted revenge. The transhuman portion of the throng witnessing the deadly duel started to shout and cheer Fu’Ryah, enticing her to take the foreman’s head as a trophy.

She steadied herself and looked about and into the faces of her shipmates. Already she noticed that some were missing. Rejoicing in their thunderous display of admiration for her, she considered whether to spare the fierce foreman from a lifetime of torture or spare his life. She waited out of respect until he rose to his knees, and then – as blindingly fast as a bolt of lightning – she struck a downward mercy blow with the spike of a boarding-talon. As she retrieved her weapon from the base of his neck, her foe’s blood spurted out of the deep wound inflicted straight into his prodigious heart. The warm petrol-blue fluid embalmed the foreman’s dark-green suit and began to freeze almost instantly.

Fu’Ryah then approached one of the war-dancers, took a breach-satchel from his harness, and ignited the body of the fallen foreman. The frozen corpse was instantaneously vaporized by the potent device, and all the spectators were silenced by the sight of it.

“The show is over,” declared the ferocious Fu’Ryah. “We have work to do. Round up the slaves and load them into the barge.” As she barked-out her orders, she pointed at the damaged gateway to the mines with her bloodied weapon, and the crew witnessed the landed barge-module beyond. Ma’Gwa, Thorn and Zanzibar were already standing next to the lowered loading ramp, leading the first of the slaves inside.

As the Scimitar’s crew disbanded and began to go about the business of freeing the slaves from their cells, Razor stood next to the foreman’s body, upset that Fu’Ryah’s duel had overshadowed his own cunning deeds during the raid. At this point, he hadn’t even stopped to consider his error of judgement that had almost cost them the enterprise. He chose instead to inopportunely mock Fu’Ryah’s gesture of clemency toward the Black Rose foreman for all to hear. “Shall we now build a pyre for all our fallen Black Rose foes and sing them hymns, captain?”

An offence of this importance could not go unanswered, but the impressive Fu’Ryah had had enough bloodshed for one day. She withdrew the wild beast in her, lifted her facemask to reveal an even visage, and spoke to the perplexed Razor. “That there was a brave warrior,” she declared emphatically. “Any who dispute my decision may challenge me now, of forever hold his tongue.” She eyed Razor intently and the midshipman recoiled from her. He was spiteful, but he was not stupid.

Fu’Ryah then picked up the foreman’s facemask, cleansed it of the blood staining it, and displayed it to everyone around her. “I will take his mask as my trophy, so as to remind myself that there are bold warriors even among our adversaries. Let it be known that they that fight with honour, will be treated honourably, and they that fight dishonourably, will be left to rot.” The skipper’s words echoed in their broken surroundings. They were met with sepulchral silence at first, but in an unexpected turn of events, the muffled sound of fists striking their combat gorgets signalled the universal approval of all the Blood Bond raiders.

Then, while Zanzibar, Spiter and Ma’Gwa handled the loading of the prisoners into the barge, and while Razor greedily led a party to loot what they could from the Black Rose compound, Fu’Ryah retreated to her air-skiff escorted only by the first-mate. The two of them led their surviving vehicles – loaded with their wounded and the belongings of their dead – back to their extraction point, where the Scimitar waited to collect them.

Zanzibar, Spiter and Ma’Gwa could handle the freeing of the Black Rose slaves on their own, and the looting that was already under way would run its course of its own accord. They day belonged to the crew of the Scimitar.

Still, as they speeded over the frozen landscape of Titania, Fu’Ryah suddenly realised how costly their raid had been to them, and she regretted it.  The transhuman captain threw away the trinket she had collected from the battlefield, for she wanted no memento of that day. 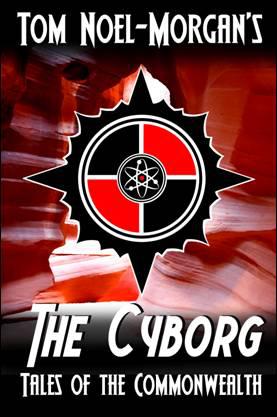 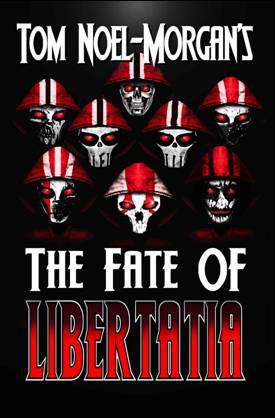