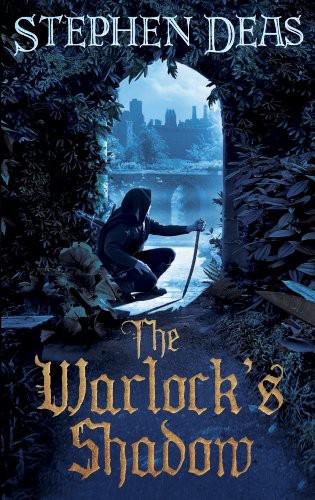 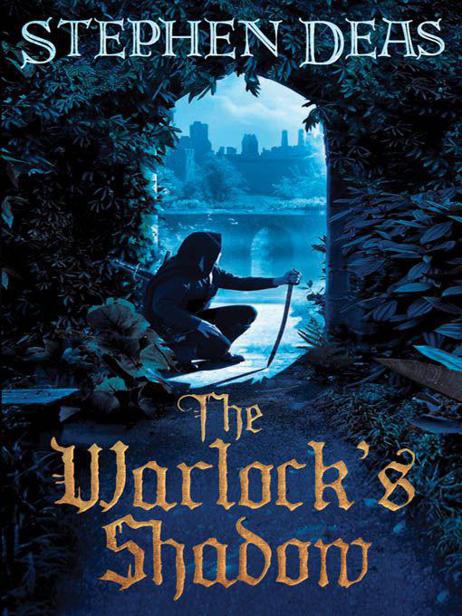 For Lucca, who had to be free no matter how high the fences around him
.

Part One: A Prince’s Gift

2: Pennies and Princes in a Pool

5: A Bowl of Porridge

6: Beware The Gifts of Princes

9: A Death in the Family

12: People Come to Sandor to Forget

13: Swords, Steel and a Press of Skin

14: More than a Passing Interest

17: The House of Records

20: A Sword-Monk Learns a Lesson

21: The Wrong Place at the Wrong Time

24: The House of Cats and Gulls

25: The Warlock in his Own Domain

28: And With Every Sunrise

29: Curiosity and its Consequences

30: Sometimes There is no One Else

34: Swords and their Consequences

The evil that men do lives after them.
The good is oft interred with their bones.
Julius Caesar, Act III
PROLOGUE
THE WARLOCK’S SHADOW

K
asmin didn’t see the three men come into the tavern but he knew they were there almost at once. There was a subtle stutter in the mood of the place, a difference in tone, conversations falling quiet, tankards pausing for a moment as heads turned. Strangers. He didn’t get strangers very often. The press of dark narrow streets and alleys that was The Maze had made an unfriendly name for itself, one it mostly deserved. The inside of the Barrow of Beer was a safe enough place to be – it was Kasmin’s place and he had a reputation to keep – but the outside was a wholly different matter.

He tried not to look but he couldn’t resist. Three men had come in together. He couldn’t make out much through the press of his regulars but they had an air to them, the sort that said they were used to trouble. They didn’t look like they were local, either. Not city folk. Most likely they were sailors up from the docks, although the Barrow of Beer was closer to the market side of the Maze and not many sailors made it this far. The taverns and the Moongrass dens and the brothels and the muggers and the press gangs saw to that.

The three of them settled into a corner near the door, crowding tightly onto wooden stools around a tiny table. An unspoken accommodation was reached and the mood in the Barrow sighed and relaxed back to its usual loudness. Three men who were used to trouble, but they weren’t looking for it here and that was all that mattered. Kasmin finished what he was doing, wiping empty tankards and poured a couple more. Most of the men in here passed as friends, people who’d been coming to the Barrow for years. They were his family, his safe place. He took comfort from that. Strangers made him uneasy. He hadn’t always kept a tavern.

That done, he did what was expected of him and wandered across the floor, easing himself between the knots of drinkers until he reached the three strangers by the door.

His words froze in his mouth. He’d never seen two of them before, but the third … the third he knew all right. It was a face ten years older than when he’d seen it last, but there was no mistake. If Kasmin had had a sword with him, there would have been a fight, right there and then, and one of them would have been dead.

But he didn’t have a sword and the three men had knives. Long curved knives, a sort he knew all too well. They were looking at him blankly, wondering what was wrong with him. The man he wanted to kill didn’t remember him!

‘Ale or wine?’ he asked brusquely.

The man he wanted to kill spat on the floor. ‘Wine.’

The voice. He remembered that voice, too. Shouting out orders across the deck of a ship and swearing murder over a narrow gap of sea. Kasmin had sworn something back, something about revenge.

‘Wine.’ He gave them a curt nod and pushed his way back to the other end of the tavern, almost stumbling in his own house. There was a fury inside him now, a rage he hadn’t felt for – how long had the Emperor sat on the throne of Varr? Eleven years now? That long and a couple of years more. A killing rage. His hands were shaking. Men who’d known him for years were looking at him, brows furrowed.

He shook them away and steadied himself, then took a bottle of wine and three cups from a shelf. He looked at the secret place where he kept his own long curved knife, exactly like the ones the three men had on their hips. He hadn’t used it, not in anger, not for the same number of years since he’d felt this fury, but he still knew how. Straight into the neck of one of them, into the face of the second …

And then the third man, the one with his back to the wall, the one sat in the corner with the table in front of him, the one Kasmin
really
wanted to kill, he’d be on his feet by then, blade drawn and ready for a fight. It wouldn’t take much to go wrong for Kasmin to be the one who came off worse from that.

His eyes left the knife. He took a deep breath. There were other ways. Syannis – he’d have to tell Syannis.
Then
there would be blood, no two ways about it. Syannis would come like a hurricane and carve them into pieces.

He wormed his way back to their table and put the cups and the bottle down in front of them. ‘Half a crown.’

The man he wanted to kill tipped a handful of pennies out of his purse. Kasmin counted them. Too many. He left a couple behind. The man was watching him, peering at him, looking too hard for comfort.

‘Better be good, this,’ he grunted. ‘Came here special, we did. You must be right friendly with that weird old fellow down by the river. Said this was the best place in the Maze for a drink. Don’t look it.’

Kasmin shrugged. He took his pennies and backed away. So the witch-doctor had sent them here. Saffran Kuy, another refugee from a kingdom that didn’t exist any more. Syannis and Kuy, the thief-taker who hadn’t always been a thief-taker, the witch-doctor who hadn’t always been a witch-doctor. And him, the tavern-keeper who’d once been a soldier. They’d all come here because it was far, far away, because they had no home and nowhere was safe any more, and it was all thanks to one man. Radek of Kalda.

And here, sitting in the corner of Kasmin’s tavern was the Headsman. One of Radek’s lieutenants. The one Kasmin hated the most.