‘
Are those for me?’ Claire’s crisp accent floated over the top of the bouquet.

Sighing, Willow slowly lowered the flowers. God, she’d rather have Krusty peck her to death than be here right now. ‘Hello, Claire,’ she said, taking in the woman’s tailored grey suit and a red blouse that had been ironed to within an inch of its life.

‘
Do I know you?’ Claire
leaned forward, staring intently. ‘Wait, aren’t you . . .’ She squinted, then snapped her fingers. ‘I know. You’re that little florist Alex used to date eons ago, aren’t you!’

Little florist?
God, that was almost as bad as when Claire had mistaken her for staff. ‘Actually, I own my own business now.’

‘
Thanks for bringing the flowers.’ Claire tried to tug them out of Willow’s arms. ‘But can you really afford to be giving away samples like this? It’s a tough climate out there these days. Apparently seven in ten small businesses go bankrupt within a month of opening.’

Willow gritted her teeth, tightening
her grasp on the stems. ‘Actually, these are for Alex.’

‘
Aw, how sweet. You’ve brought your ex-boyfriend flowers. Hope you don’t still have feelings for him. The man’s got one true love, and that’s his work.’ Claire threw a glance over her shoulder toward Alex, where he was busily examining the ruins with his back still turned. ‘God, when we went to Antigua last month to design that hotel, he wouldn’t even take a break for the beach.’ She stuck out her lower lip. ‘I had to sunbathe all on my own!’

Willow’s mouth dropped open.
That trip to Antigua had been
work
?

‘
What kind of person gives a man flowers, anyway?’ Claire grumbled as she turned away and strode off back toward the wall. ‘Alex! Someone’s here for you!’

Alex
swivelled in Willow’s direction, his eyebrows flying up when he spotted her. Willow held his gaze as he came closer. Please God, may he see how she felt. And
please
may he still feel the same way.

‘
Willow!’ he said w
hen he reached her. ‘What are you doing here? And what’s with the Disas?’ His brow furrowed in that cute way she remembered, and she only just stopped herself from reaching up and smoothing out the wrinkles.

‘
Um . . .’
Willow took a deep breath. Now that he was in front of her, remarkably her hands no longer shook. ‘Remember when you said if I ever opened a florist shop, you wanted to be the first customer?’

‘
Congratulations
.’ He nodded, looking impressed. ‘But what about Marilyn?’

Willow shrugged.
‘Marilyn’s not
me
. And I decided I wanted to be me more.’

They both fell silent
, and all Willow could hear was the chirping of birds. She took a step closer to him, her arms overflowing with flowers. ‘So, here. Your Disas.’

Alex paused and fear clutched at Willow’s heart. What if he refused to even take the Disas?

‘
Alex, I never should have suggested breaking up
. And I shouldn’t have kept you at arm’s length when we went out to dinner a few weeks ago.’ Her blood raced through her veins like it was on fire and she couldn’t release her words quickly enough. ‘But you have to know that I love you. Through everything that’s happened, I’ve never stopped.’

Alex was silent again, but his brow had relaxed. It was no longer as smooth as it once had been; she could see the beginnings of faint furrows still marking his skin. It was a reminder that time had passed – time they could have spent together. Her pulse raced as she awaited his response.

Finally, he reached out and lifted
the Disas from her. Willow crossed her empty arms, as if protecting herself from a coming blow. Maybe he wouldn’t give her back the bouquet. But at least she’d told him how she’d felt; finally fought to have him.

Then,
with a smile spreading on his face, Alex pressed the Disas toward her. Clutching them against her chest, Willow almost couldn’t believe he really meant the gesture. But his next words banished any doubt.

‘
I’m returning them to the woman I love,’
he said simply.

And with that, he took both her and the Disas into his arms, then lowered his lips to hers.

‘
THIS IS IT!’ WILLOW beamed over at Alex and Paula. Today was the day: the grand opening of Willow’s Blossoms, and already it seemed like half the town had assembled outside, waiting to surge in. Even Matthias had come, saying he just wanted to wish her well. Spotting him smiling through the window at Paula, though, Willow suspected the shop wasn’t the real reason for his presence. She scanned the small space one more time to make sure everything was in place, then nodded with satisfaction. Even the flowers appeared perky and welcoming.

‘
Everything looks great,’ Alex said, and she squeezed his hand, thrilled he was still right by her side. After a quick phone call back to his office yesterday, they’d lingered in the park for hours, crashing out on the soft grass until dusk. Alex had explained his hasty departure from Belcherton a few weeks ago – something Willow now suspected Jay had a hand in – and chuckled at the thought of him and Claire together. Then he’d driven Willow back to Belcherton and they’d gone up to her room where . . . she sighed. Everything had been amazing.

In the morning, they’d
got up early to the sound of Krusty’s cawing, gobbled down a big fry-up, and gone next door to put the finishing touches to the shop before the opening. They hadn’t talked much about the future – how things would work, with Alex in London and her here – but Willow knew they’d figure it out. Now that she’d found him again, she wasn’t about to let go.

‘
Sorry, just wanted to make sure we have enough raffia.’ Cissy came in from the small supply closet in the back. ‘We’re all good to go.’

‘
Thanks, Cissy.’ Willow had been surprised when Cissy asked
if she needed a part-time assistant, but she’d happily taken her on board. The older woman had been an invaluable help already, organising all the last-minute details Willow hadn’t had time for. And she was happy to see Cissy eager to be out and about; to meet more people in the community and not fade back into her solitary lifestyle.

‘
Ready!’ the group chorused back.

Willow breathed in deeply to steady her nerves. With trembling fingers, she took the pewter placard from Alex and hung it carefully on the glass door. She paused for a second, then swung it open.

‘
Welcome to Willow’s Blossoms
!’ she said to the assembled crowd.

And she couldn’t think of anyone else she’d rather be.

Also available from Prospera
on Kindle 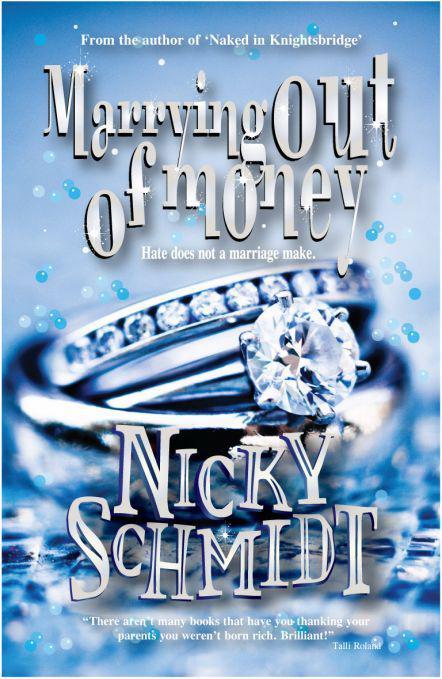 The Traitor's Wife: A Novel by Allison Pataki
The Blood Lance by Craig Smith
Penny and Her Peculiar Problems by Kelsey Charisma
Love Struck by Shani Petroff
To Charm a Naughty Countess by Theresa Romain
False Sight by Dan Krokos
Shades of Step Billionaire by Harlow, Jenna
This Christmas by Jane Green
The Touch of Innocents by Michael Dobbs
Geek Charming by Palmer, Robin
Our partner