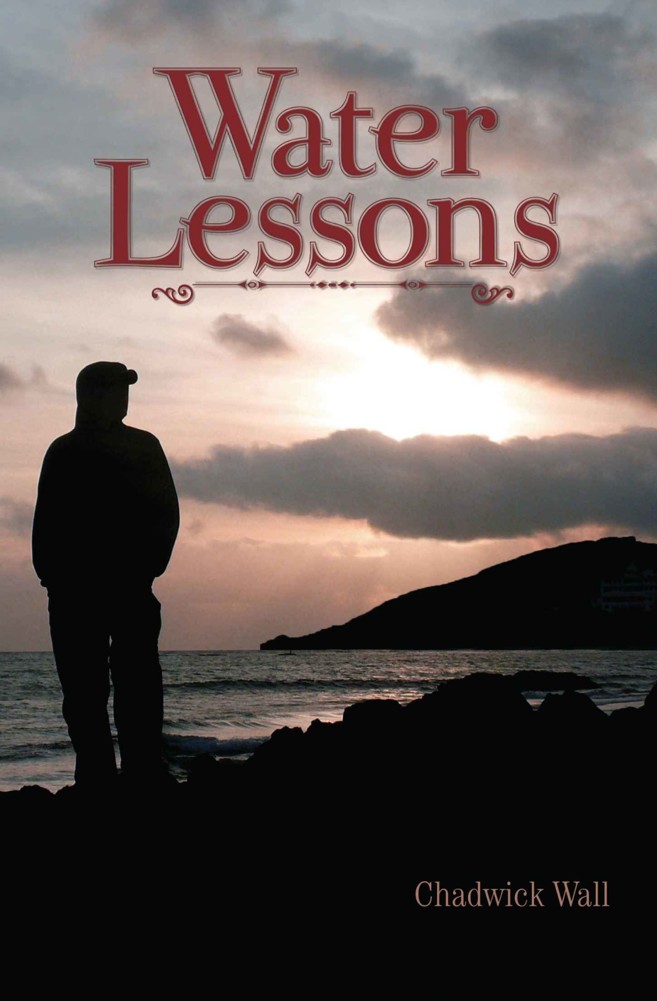 This is a work of fiction. None of the characters, business establishments, or events is based on actual people, living or dead, or their lives or circumstances. All material is a product of the author's imagination. Any resemblance to actual people, businesses, or places is a coincidence and purely unintentional.

No part of this book may be reproduced, scanned, or distributed in any printed or electronic form without permission from the author. Please do not participate in or encourage piracy of copyrighted materials in violation of the author's rights. Purchase only authorized editions.

Printed and published in the United States of America

a greater father and best friend than I could have asked for.

I will always remember and honor you…

after all, as you often said, I was your “Lieu.”

To those who most nurtured me in the writing craft:

my parents, Sandy and Ted

and my Novel in Progress writers' group.

And to those who helped this novel come to be:

and on their great sailing trips,

My father first drew this emblem in his college years to represent the Wall family monogram, fashioning the letters proudly, in his own way. He used it on official documents, maps, business records, correspondence, luggage, and on all of his artwork. He continued this practice into the last year of his life.

This emblem will always represent my family, especially my father. And more than this, it symbolizes the extraordinary flair and zest with which he approached life. It enhances my memory of him as a man who was naturally creative and always wanted to create, but in his own manner. And so, following in his tradition, I have forged this novel, in my own style.

DEAD RECKONING
,
n.
In navigation, the judgment or estimation of the place of a ship, without any observation of the heavenly bodies; or an account of the distance she has run by the log, and of the course steered by the compass, and this rectified by due allowances for drift, lee-way, etc.

The city knew full well the hurricane somewhere out there in the Gulf neared minute by minute but still New Orleans kept to her usual ways, echoing with jazz and sirens and the laughter and shouts of debauched revelry.

Jim Scoresby quickened his pace eastward down Decatur, sweating through his rumpled blue suit in the fierce August heat, passing tourists stumbling in their drunkenness and street urchins sitting on the pavement against the wall. Jim crossed Esplanade with its stately live oaks and eighteenth-century Creole houses and continued down Frenchman Street.

As on most nights, Frenchman hosted a frenzy of live music and revelers. Every other open door revealed a musical act within. Jim nodded at the doorman and ducked into Snug Harbor. He walked up the dimly lit stairs to the music room with its faint blue light, took a seat, and ordered an Old Fashioned. Jim leaned back and gave a contented smile at the stage.

Freddy Beasley, nearing seventy, stood before the crowd like a beleaguered but steady tower, his quartet behind him. His black, wrinkled hands gripped the trumpet as he pushed his soul through it into every smoky recess and nook of the club. A gray porkpie hat crowned his head, and he was dressed in pressed dark green slacks and a short-sleeve button down white
guayabera
. His face sharpened with intensity as he blew his note harder into his trumpet. His eyes found Jim's as his lips, behind the brass mouthpiece, drew into a faint smile.

Jim felt his phone buzz in his breast pocket. It was his father.

After draping his suit coat over his chair, Jim walked down the stairs and out the front door to a few feet away. His father was not yelling, but he was close to it.

"Son, I got your text. Why did you quit your job?"

"A million reasons. It was taking up all my time from finishing the house renovation. People are unreliable. Prospects stood me up all the time, even earlier today. Remember, it was commission only."

"I told you not to take this one to begin with, didn't I? Now you've got little chance of income for a while. I can't keep footin' money for your Paw Paw's house."

"The hardest thing for you is to
finish anything
. No finishing your novel. No completing the renovation. You're probably all liquored up now, but you come home first thing tomorrow, help me load up. I told you this is a major storm. I'm evacuating to Granny's tomorrow. I need your help gettin' loaded up. Then you better leave with us for Meridian."

After a long pause, Jim mumbled that he would comply, and replaced the phone in his breast pocket.

Back inside the club, the band had finished its song and its members stepped down from the stage to accept a tray of drinks from a waitress. Freddy walked over and sat at Jim's table, and Jim reclaimed his seat.

"I just spoke with my Dad, and told him the news. Today I quit my job at the agency."

"Ah, well, that was a long time coming. You got to have a day job, but at least you closer to where you want to be. Cheer up."

Freddy patted his shoulder and leaned back in his chair. Jim envied his confidence and perennial sense of peace.

"I take it yo' daddy didn't handle the news so well?"

"As you'd expect, he being always after me. He's hit his limit with me. All that money he lent for the renovations. My grandfather's house needed to be finished months ago."

"Oh, you best believe, it might be finished in the next few days."

Jim set his glass back on the table and shot Freddy a searching look. "But not in the way I'd want it finished. I catch your drift, Freddy."

"That's all in God's hands now. I keep telling ya to pray. Whole city needs to right now. I stopped years ago, but started back last night. Ha." Freddy excused himself and walked back with his water bottle to the stage, where the quartet members were resuming their previous spots.

Jim sat, half watching and half meditating while Freddy went through another of his famous numbers, this time on the guitar.

Maybe this would really be the Big One. But the mayor had issued an evacuation order last year for Hurricane Ivan, and despite all the mass evacuations it hadn't even grazed New Orleans.

And perhaps Jim couldn't work anything to completion. He felt like driving to Mid-City and throwing himself back into renovating. Perhaps he just needed to forget today and just sink into the oblivious depths of sleep. And then, of course, there would be tomorrow.

Freddy's bloodshot eyes met his as Jim rose and tossed cash onto the table and snatched his suitcoat. Within the old man's gaze, Jim recognized a tinge of assurance and warmth.

"One more load," his father said, wincing and winded, sweat coursing down his brow as he carried a box to the trunk of his Land Rover. Jim lifted his box from the floor of the den and trailed his father. They had been at this for what seemed like hours. Time to get back to Mid-City.

Jim lowered the box into the vehicle and began to walk back to the house.

"Now, son, when your Mama and your brother return from gettin' gas, we're leavin'."

"Dad, I told you. I'm staying behind, going to guard Paw Paw's house. I'm a grown man, you know. And I've got to check on my friend. Remember ol' Freddy?"

"Damn it, his family can take care of him. Things 'bout to heat up really fast down there, boy."

"Ha. You might be right about the latter, but you're wildly incorrect about his family."

"You know, Jim, the time you've spent with him," his father said, "you could've spent a lot of that with your own father. Your own blood, who loves you. Who invested in you your whole life."

They were now inside. Jim walked to the counter and yanked his father's work truck keys from the hook on the wall, just under the cupboard.

"Oh, no you don't," his father boomed. He lunged and seized Jim by the shoulders. They grappled, his father straining to tug him back, while Jim struggled to break free. Back and forth they shoved, for half a minute. Suddenly his father swung Jim sideways. Jim banged hard against the lamp table. It tipped over and the lamp and the antique decanter shattered into a hundred shards on the wooden floor. Jim immediately leapt up from the ground and tore past him.

"I'm leaving Granddaddy's Chevy," Jim said, already winded, "and just using the work truck. It's banged up, on its last leg anyway. You're too damned worried 'bout your possessions."

Jim shot through the door, sprinting to the dented and rusting 1976 Ford truck. He unlocked the door, gunned up the engine, and, as his father jogged closer, Jim lurched down the long drive, accelerating as he spotted in the rearview mirror the silhouette raising its hands over its head and throwing them down in frustration.