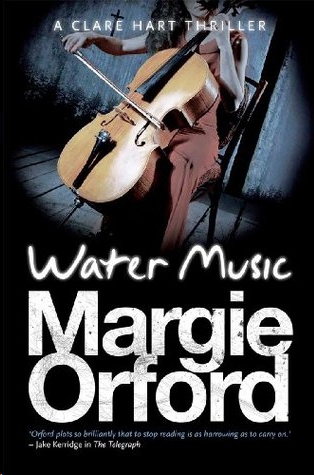 To read this book as the author intended and for a fuller reading experience turn on Use publishers font in your text display options.

All torture is, in the end, directed at the spirit.

The bridle path was rarely used in summer. Never in the dead of winter. Almost never. The low cloud lifted and broke, the dawn sky pale, as a horse stepped out of the trees.

Cassie turned her collar up against the wind knifing up the valley. She patted the glossy bays arched neck and the horse, reassured, picked his way through drifts of leaves. The reeds closed behind them.

The bay stopped,
nostrils flaring, where some leafless poplars stood sentinel. Cassie urged the horse on. The night before, she had jumped the fallen oak on her way home, and she now gathered up the slack reins and coaxed her horse into a canter. As she did so, the wind tore a sheet of plastic from under a tree. The horse reared. The girl fell hard, hitting her head, pain exploding.

Her quick breath, a knife
in her chest. Ribs cracked.

The wind moaning in the trees the only sound.

Cassie rolled onto her side in the hard cold mud, drawing up her knees, opening her eyes.

A tiny foot, waxen and white, protruded from under the fallen tree.

A doll, it had to be. One of those kewpie dolls that had haunted her childish dreams.

Cassie closed her eyes, but when she opened them it was still there: a small
foot a childs foot. Cassie yanked at the sheet of black plastic. The hungry wind snatched it from her hands, exposing a swaddled child. Matted black hair, pale bruised skin.

A girl. Maybe three years old. So thin, her knees drawn up to her chest, stick-like arms wrapped round them. The child was blue with cold.

Cassie reached across to pick her up, but her stomach clenched when the girl stuck
fast in the mud. She tried again, but the child had been tethered at the waist. Cassie worked the twist of leather loose and pulled her free.

How to warm her? How?

Cassie lifted her top and pressed the cold, limp body against her own warm skin. She tucked her in as best she could, pulling her pink fleece over the little girl.

Her horse, trembling too, stepped closer, touching Cassies shoulder
with his muzzle. She leaned against him, felt his heart rate slowing, felt her own slow in response to the animals comforting presence. Breathe, she told herself. Breathe, she told the child. Breathe. Please dont be dead.

The horse touched the little girl with his velvet nose, his breath gentle on her face. Cassie felt the childs heartbeat flicker, tentative, erratic. She tightened her arms around
the child.

Thats what they needed.

She found her phone, forced her fingers to work, dialled the emergency number.

The man who answered said: Mountain Men. He said: Control.

Cassie folded her body over the tiny husk of a child. Dont die, dont die, she said.

Her horse, warm against her back, shielded her from the wind.

Clare Hart held the narrow strip of plastic in her hand, but no matter how long she stared at it, the test in her hand remained positive. The uncompromising line across the centre confirming what the nausea this morning, yesterday morning, two whole weeks of mornings, had been trying to tell her. Physical evidence that she had ignored. She looked up at herself in the cracked mirror. She hadnt
slept last night and it showed.

Phone Riedwaan, thats what. The thin blue line was his problem too.

This was a decision they had to make together.

In practice, Clare hadnt seen him for two missed periods. She hadnt spoken to him either. She hadnt been able to. Hed gone undercover Joburg, maybe further north. He shouldve been back last night. Clare would not
admit it, not even to herself, but shed waited up for him.

She dialled his cellphone.

But she didnt. If he was back, hed see shed called. Hed phone
her back. Maybe by then shed have decided what to do with this thin blue line bisecting her life just like it bisected the narrow piece of plastic in her hand.

I thought you were talking to someone.

You were looking for me to tell me that? Clare dropped the plastic strip into the bin.

No, said Ina. Im looking for you to tell you the Mountain Men Control sent through a Section 28 special.

What is it? The band of anxiety round Clares chest tightened. Past experience told her that a Mountain Men alert meant trouble.

A horse rider found a little girl on the
Orange Kloof bridle path.

Anyone report a missing child up there? asked Clare.

How old is she?

About three. Looks like she was there all night. Ina Britz handed Clare the note.

Youd better get up there before the uniforms arrive and fuck things up.

What about the Community Consultation Forum? asked
Clare, watching the black Pajero turning into the muddy parking lot outside their makeshift offices. The new police ministers advisor stepped out of the sleek black vehicle. Jakes Cwele. Leather overcoat. Snakeskin shoes. Its scheduled in a couple of hours, and theres Jakes Cwele. Whats he doing here so early?

Hes here to close us down. He told me he wants to wrap up your report on child killings
at the meeting this morning, Clare. Thats what I was coming to tell you when this came through.

Tell him no ones getting the report until Im done with it. End of June. Clare pushed her arms inside her damp coat. Thats when my contract with Section 28 expires.

I told him that, said Ina. He wasnt happy.

I wasnt employed to make people happy, said Clare. Neither were you.

No need to remind me,
said Ina. You get up there, get this case going, therell be no way he can publicly pull this unit if youre in the middle of an investigation. Ill be up there soon as Ive told him.

Whats he got against children? Clare was checking whether her iPad with its database of missing children was charged. It was.

Cwele doesnt give a fuck about children, said Ina Britz. Its Captain Faizal and the Gang
Unit he doesnt like. So by association that includes you and me and the 28s.

You going to cancel the Community Forum? asked Clare.

Not for one second, said Ina. Thisll turn it against him.

We dont know what this is, said Clare.

Believe me, said Ina. Whatever it is, this time its going to blow up in Cweles face. Now go. Not out the front.

Clare grabbed her emergency kit and took the fire escape.
The wind pounced, pulling at her clothes, her hair, her car door.

Clare drove up Orange Kloof until the gravel track ran adrift in the reeds. She parked and walked up the bridle path. This far up the valley, the path was narrow, seldom used. The reeds, fed by the recent rains, reached for each other above her head, enclosing her in their hostile embrace.

It was a relief to reach the clearing. Mandla Njobe, immaculate in his khaki-and-black Mountain Men Security
uniform, raised a hand in greeting. He held the reins of a horse, his low voice quieting the nervous bay. Beside him was Gypsy, his wise-eyed Alsatian. Clare held her hand out to greet the dog, and the animal reciprocated with a single dignified thump of her plumed tail. A girl of about fourteen was huddled at his feet, a thermal blanket over her shoulders. Her face was white, her eyes dark
smudges. There was a livid gash on her temple.

This is Cassie, Njobe said by way of a greeting. He had a wary gentleness that was at odds with his squared shoulders and a past as an ex-soldier.

Im Dr Hart. Clare dropped to her knees beside the girl.

You dont look like a doctor, she said. Wheres the ambulance?

On its way, said Clare, covering her with a thermal blanket. Can I see her?

I work with the police, said Clare. When things happen to children.

She knows what shes doing, said Mandla Njobe. Show her.

The girl lifted her pink fleece, revealing an emaciated child clutched against the bare skin of newly budded breasts.

The child was naked except for a piece of filthy fabric. Her skin, taut over her ribs, her hollow belly, was so pale
as to seem translucent. She was three, four at the most. Clare put her fingers against her neck. There was a flutter against her fingers. Breath, as light as a moths wing, brushed her wrist. Clare cupped one small foot in her hand. The sole so smooth, so unmarked, it seemed never to have been walked on. She lifted the dark hair: a heart-shaped face, a widows peak.

Who is she? asked Cassie. Wheres
her mom?

I dont know yet, said Clare.

She turned to Mandla.

Any sign of someone else, maybe? asked Clare. A woman?

She did not need to spell it out. Mandla Njobe would have looked for a womans body already, a mothers body.

Nothing yet. No sign of a mother. The patrols saw nothing last night. No vehicles, no lights, definitely not a woman and child, said Mandla. Cops, he said. Thats what we
need. More cops.

Clare thought of Riedwaan, her hand on her phone. She had underestimated how little talent she had for waiting, especially for Riedwaan Faizal. But there was no point in calling him. Hed told her hed get in touch with her when he was able to.

Cassies voice cut through her thoughts.

How did she get here, Dr Hart? Cassies eyes filled with tears, her own childhood not that remote.

Tell me how you found her while its fresh in your mind, said Clare. Thatll help us work that out.

I was riding down to the beach.

Did you see anyone on the way? asked Clare.

The sun wasnt up yet. I saw no one, nothing till I got here.

Thats when you saw her?

No, no, said Cassie. My horse shied when I tried to do the jump. I fell. I hit my head.