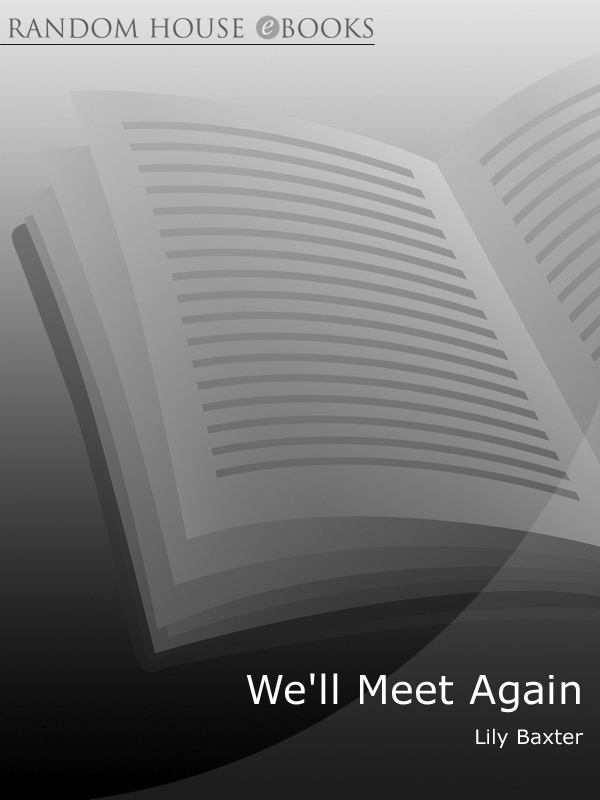 It is April 1939 and unaware that the German war machine is advancing towards the Channel Islands, seventeen-year-old Meg Colivet and her sister are enjoying a holiday in Oxford with their aunt. Here Meg meets charismatic German undergraduate Rayner Weiss and the couple fall passionately in love. But all too soon, Britain is at war with Germany, Guernsey has been occupied and Meg’s family home requisitioned by the German army.

Meg insists on remaining with her father, determined to help save her beloved island from the ravages of war. And then she finds herself face to face with Rayner – now a German officer – once more and her life is thrown into turmoil as they risk their lives to meet in secret. As the conflict in Europe intensifies, basic provisions become scarce and soon the people Meg loves come under threat. Torn between her love for Rayner and her duty to her family and the island she grew up on, a heartbroken Meg has a terrible choice to make… 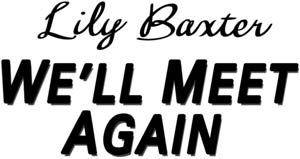 Version 1.0
Epub ISBN 9781407088549
www.randomhouse.co.uk
Published by Arrow Books 2011
2 4 6 8 10 9 7 5 3 1
Copyright © Lily Baxter 2011
Lily Baxter has asserted her right under the Copyright, Designs and Patents Act 1988 to be identified as the author of this work
This novel is a work of fiction. Apart from references to actual historical figures and places, all other names and characters are a product of the author’s imagination and any resemblance to real persons, living or dead, is purely coincidental
This book is sold subject to the condition that it shall not, by way of trade or otherwise, be lent, resold, hired out, or otherwise circulated without the publisher’s prior consent in any form of binding or cover other than that in which it is published and without a similar condition including this condition being imposed on the subsequent purchaser
First published in Great Britain in 2011 by
Arrow Books
Random House, 20 Vauxhall Bridge Road,
London SW1V 2SA
www.rbooks.co.uk
Addresses for companies within The Random House Group Limited can be found at:
www.randomhouse.co.uk/offices.htm
The Random House Group Limited Reg. No. 954009
A CIP catalogue record for this book
is available from the British Library
ISBN 9780099551027
For Pat and John Langlois OBE

Lily Baxter lives in Dorset. She is the author of
Poppy’s War
. She also writes under the name of Dilly Court.

The stormy deck of the cross-Channel paddle steamer was deserted except for a single figure leaning over the ship’s rail, his outline blurred by mist and spray. For a moment Meg thought she was seeing a ghost; a phantom passenger doomed to travel the sea forever like the Flying Dutchman, but then he sneezed and reached into his pocket for a handkerchief. Vaguely disappointed that she had been robbed of a spiffing yarn with which to amuse her sister, Adele, she hesitated at the top of the companionway taking deep breaths of the damp salt-laden air. The weather had been fine when they left St Peter Port harbour, but the wind had strengthened as the vessel negotiated the turbulent currents of the Alderney race. The sea was now the colour of gunmetal and it was impossible to tell where the water ended and the sky began. It was not the sort of day to promenade on deck, but if she had remained in the cramped confines of the cabin ministering to Addie for a moment longer she too might have succumbed to the rigours of seasickness.
Her reluctant patient had eventually begged to be left alone for a while and Meg had promised to be back soon. She had considered stopping in the saloon for a cup of tea and a bite to eat, but the snatches of conversations she overheard as she passed between the tables were fraught with anxiety regarding the political situation in Europe. The threat of war with Germany was something she would rather forget for the time being at least. This journey was the start of a fortnight’s holiday for herself and Adele. They would be staying with their favourite aunt and uncle in Oxford, and one of the highlights of the trip was an invitation to the May Ball with their elder brother, David. Meg had been looking forward to it for weeks.

A particularly spiteful gust of wind whipped her long blonde hair into a tangled mass, and she brushed a strand from her eyes. She knew that the sensible course was retreat to the comfort of the saloon, but the hint of danger offered by the stormy sea was a definite challenge and she was not about to admit defeat. Clinging to the handrail, she could not resist a second look at the mysterious stranger who seemed oblivious to the fact that he was getting soaked by the clouds of spray. He appeared to be staring into the bow waves lost in a world of his own. He must, Meg thought, have something extremely pressing on his mind, or he would have realised that this was not the safest place to be. She took a tentative step forward just as the
vessel hit a trough between the waves. Her feet skidded on the wet planking, and she found herself flying across the deck. ‘Look out,’ she cried in an attempt to warn the man for whom she was heading helplessly and at breakneck speed.

He turned just in time to catch her before she pitched headlong over the railings into the turbulent water. He set her back on her feet. ‘That was a near one. Are you okay?’

‘Yes. I think so. Or at least I will be when my heart stops pounding. I didn’t realise it was so rough or I’d have stayed below.’ She eyed him curiously. ‘I know you, don’t I? You’re Gerald LeFevre.’

He met her gaze with a smile of slowly dawning recognition. ‘Meg Colivet? Good Lord. It must be four years or more since I last saw you. You were just a kid then with pigtails and freckles.’

She pulled a face. ‘Don’t remind me. You and David were always teasing me. You were really mean to me then, but I forgive you.’

‘How is David? I haven’t seen him for ages.’

‘Well, I think. He’s not the best correspondent in the world, but I’m on my way to see him now.’

‘Remember me to him. We had some great times when we were younger.’

‘You were both mean to me,’ Meg said, smiling. ‘You wouldn’t let me join in your games. You said I was a little pest.’

He grinned. ‘I wouldn’t say that now. You’re a very attractive young lady, but one with suicidal
tendencies, I suspect. Coming out on deck in this weather wasn’t perhaps the most sensible thing to do.’

Another large wave combined with a cross-current made the ship yaw and Meg had to clutch his arm in order to save herself from falling. ‘I needed some fresh air.’ She was forced to shout in order to make herself heard above the din of the water plashing from the paddle wheel and the throbbing of the engines. ‘But I think I’ve had enough of it for today.’

He slipped her hand through the crook of his arm. ‘We’d better go below. I don’t know about you but I could do with a nice hot cup of tea.’

Clinging on to him, Meg nodded wordlessly and they made their way slowly and with difficulty towards the companionway.

The saloon was packed with disconsolate passengers, some of them looking decidedly green, others deep in conversation apparently oblivious to their surroundings. Gerald found them a table and Meg slid onto the banquette, waiting for him to return with their order of tea and cakes. She was finding it hard to equate the tall, dark-haired young man with the tousled-headed boy whose parents had worked for her family ever since she could remember. His mother, Marie, was the cook at Colivet Manor, and his father, Eric, was officially her father’s chauffeur, but Advocate Charles Colivet spent long hours in his office or in court and over the years Eric had taken on more and more responsibility for
running the estate and the home farm. Meg often wondered what her family would do if the LeFevres ever decided to leave their employ, although she would never have dared mention such a thing in front of her mother. Muriel Colivet’s ideas regarding class and society were positively Victorian and set in stone. As far as Mother was concerned everyone had their place in the social order of things, and there they must stay.

Meg shifted on her seat, craning her neck to see how far Gerald had got in the queue at the food counter. He turned his head and smiled at her as if he had sensed that she was staring at him and she looked away, feeling the blood rush to her cheeks. He was attractive rather than classically good-looking, but she liked the way his eyes crinkled at the corners when he was amused. She decided that she approved of this new and mature version of the boy who had been her brother’s friend and playmate during the school holidays. His younger sister, Simone, had never been Meg’s favourite person but she had only occasionally accompanied her parents to work, preferring to stay in St Peter Port with an elderly aunt who undoubtedly pandered to her every whim, which was why she was so demanding and spoilt.