Read Where the Staircase Ends Online

Where the Staircase Ends 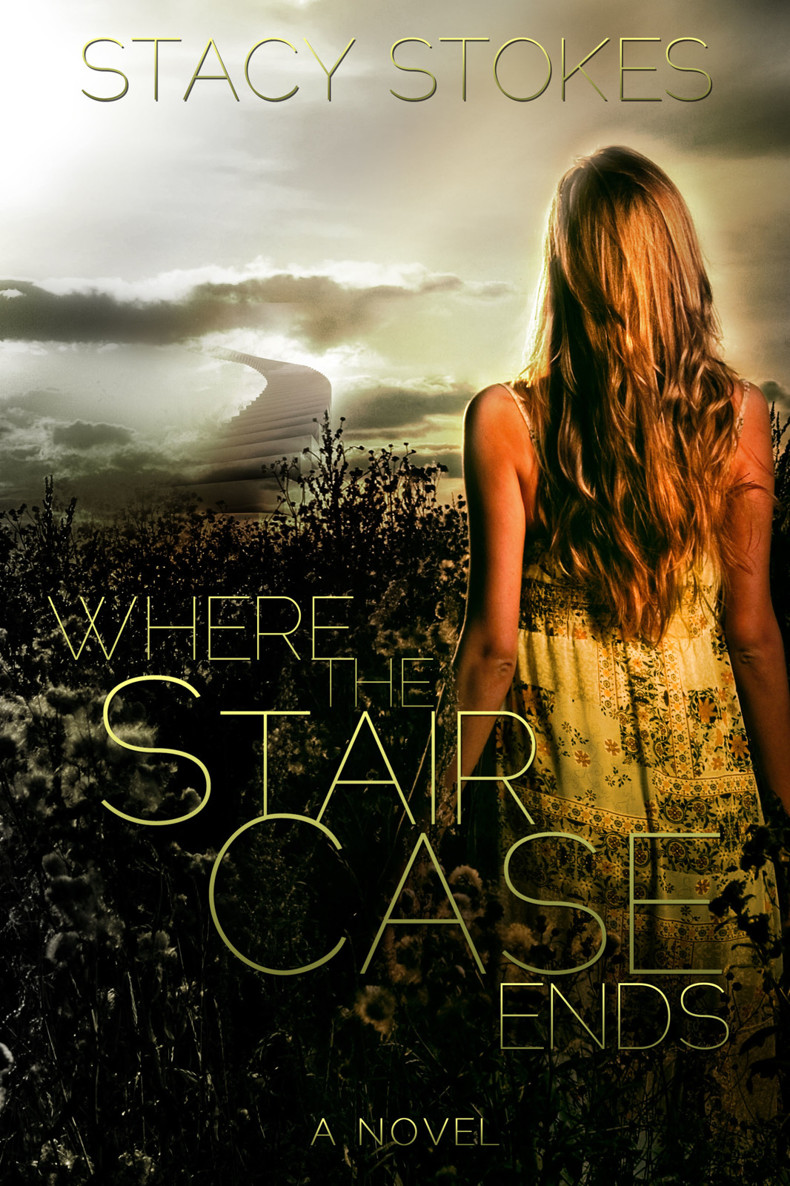 WHERE THE STAIRCASE ENDS 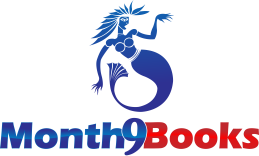 WHERE THE STAIRCASE ENDS by Stacy Stokes 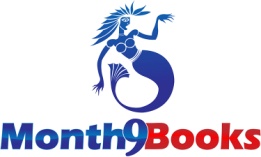 For my mom, who gave me my love of books (among a million other wonderful things).

WHERE THE STAIRCASE ENDS

I never noticed my pointy elbows until they became yet another reason for people to avoid me. They were thorny things, jutting out from my sides like a barbed-wire defense system. I flattened them against my body.

A line of three girls made an unnecessary show of skirting past me, exchanging smirks with the subtlety of elephants. Once out of view I heard the
hiss, hiss, hiss
of heated whispers passing between them.

That was her, right? She’s the girl?

I fought the urge to spin around and shoot venom right back at them, but I didn’t want to waste my words on three girls I didn’t care about yesterday. Besides, Sunny was the one who caused this whole mess.

No one was at Sunny’s locker when I passed by. Without the swarm of bodies and hum of morning activity it looked like any other locker in any other hallway. The only sign that it meant something more was the key-scratched heart and initials I carved into the tan paint earlier that year.

My heart lurched. Had Sunny gotten to him, too?

The hallways seemed longer than they had before, twisting labyrinth-like between the classroom wings. Posters announcing the upcoming Spring Formal hung above archways, their edges curling into the hand-painted block letters as if they were ashamed of the drips and wrinkles in the imperfect writing. I straightened my shoulders. I would not be like the posters.

More students filled the corridors. More necks craned in my direction. I did my best to ignore them as I searched for her familiar red head in the crowd.

I found Sunny leaning against a locker in the south wing, surrounded by our once-shared friends. Her hands flitted around her like bees around a hive, the way they always did when she told a story and tried to be all dramatic. I didn’t recognize the shirt she was wearing—a light-and-dark green striped tee pulled taut over a skirt that toed the dress-code line. Had she gone shopping without me again?

Someone shoved me from behind, and I stumbled into the open space of the hallway, mere feet from where Sunny was in storyteller mode.

Our eyes locked. Her hands stopped their flitting.

Just get this over with,
I thought, letting my fingers curl into fists. Then I uncurled them when I remembered that I didn’t know how to throw a punch.
Grab her hair instead. Yank as hard as you can.

“Hey Sunny!” I hoped the smile I gave her looked like the sneer I intended. “I just heard the
craziest
rumor. Know anything about it?”

Her expression may not have given anything away to the crowd that paused to watch our exchange, but I knew her well enough to catch the slight twitch in her lip. Not that I needed any more confirmation of her guilt.

She closed the distance between us with a few tight steps. Her face was stoic, but her eyes were wet and shiny in a way that suddenly gave me hope. Could we fix this?

Did I even want it to be fixed?

My brain screamed at me to
do it—
grab a fistful of her fiery hair and twist until she told everyone what really happened. But my heart wasn’t ready to let go of our nine-year friendship just yet. It clung to the wetness in her eyes, hoping for something else. Something that wouldn’t let it be over.

“Sunny, how could you?” I whispered in a voice that lacked the
oomph
it had a few moments before.

She didn’t mean it
.
She’s going to take it all back and tell everyone the things she said weren’t true.

Her mouth opened and I waited for the apology that had to be coming, but instead I watched in horror as her gum swelled into a pink bubble and quickly disappeared back into her mouth with a loud
snap
.

She leaned in and whispered so only I would hear. I could barely make sense of what she said, barely translate it over the buzz of electricity as everyone waited for one of us to throw a punch.

“Wait, what?” I asked, turning my ear toward her so I could hear her better. But it was too late. I waited one second too long. By the time I processed what she said, she’d backed into the center of the hallway, pushing the throng of students into a horseshoe around her.

She raised her voice so everyone could hear.

“Everyone knows you did it, Taylor, so stop trying to act all innocent. And stop calling me. It’s pathetic. I don’t want to be friends with someone like you.”

She turned on her heel and made her way back to the locker, where my former entourage greeted her with sympathetic hugs. Like she’d done something brave and worthy of praise.

The crowd’s eyes had teeth and hands. I could feel them trying to eat me alive, pushing me down into the mud-colored carpet like it was my grave.

I wanted to shout:
She’s lying! It’s not true! How can you people believe her?

But my lips wouldn’t move. My tongue was a rock. All I could do was stare back at everyone like a wordless lump of skin, and those soundless seconds changed everything.

I was no longer the Taylor of Taylor-and-Sunny. I was Taylor the outcast. Taylor the terrible. Taylor the “ohmigod can you believe she did that” girl. It didn’t matter that I hadn’t
done
anything. Their faces told me Sunny’s words had turned the rumors into fact.

My brain must have told my legs to move, because they carried me to the nearest bathroom, giving out after I’d managed to lock the stall door. In the distance, the first period bell rang. A toilet flushed. People came and went.

A small voice in the back of my head told me to get off of my ass and fight, but who was I kidding? I wasn’t a fighter. The idea of taking on Sunny suddenly exhausted me to my core. She would win because she always won. I would lose because I was nothing but a chicken shit without her.

I didn’t know how long I stayed crumpled on the blue-and-white tiled floor before I finally found the strength to reach into my bag and pull out my phone.

“Can you come get me? Please?” My mom must have heard something in my voice, because she didn’t ask any questions or give me her usual lecture on how I needed to spend more time studying and less time socializing. I was in her car fifteen minutes later with my face pressed against the passenger side window, watching my high school and my reputation disappear from sight.

Later that night, while I sat on my bed counting the cracks in my bedroom ceiling, the pangs of loss started to jab into my sides and settle into the crooks of my body. There was no one I could call to share in my misery—Sunny had seen to that—and so the only voices I could talk to were the ones in my head that echoed back the horrible names my former friends whispered when my back was turned
.

The moon was high and bright outside my bedroom window, reaching with silvery fingers through the slats of my blinds. I wiped the wetness from my cheeks and raised the shade to get a better view of the wheeling lights above. I suddenly felt compelled to say what I was thinking out loud, as if hearing the words would make the pain go away.

The stars were a hundred pairs of eyes, watching and listening.

Three days later, I got my wish.

My mom leaned against the front door, watching me as I made my way down the front steps of our house. Her smile was wider than necessary, but I couldn’t blame her for being relieved that I was finally leaving the house. My mood had pretty much been a black crêpe-paper-filled pity party since the non-fight with Sunny a few days before.

“You’ll call if you’re going to be later than six?” she asked, examining me from the doorframe. For a moment I thought she would offer one of her standard commentaries on my appearance, like how yellow wasn’t a flattering color for someone with my fair skin and hair, but she remained blissfully quiet. She didn’t even ask me about my study plans, or hound me about the unopened stack of textbooks on the kitchen table. I must have been a real Debbie Downer the last few days.

“Yes, Mom. I’ll call.” I held up my freshly charged phone as evidence, then gave her a final wave before turning my attention to my iPod.

Across the street, a kid from my school pushed a growling lawnmower down the length of my neighbor’s front yard. I couldn’t remember his name, but I could tell by the way he stared at me that he knew exactly who I was. He quickly averted his eyes when he realized I’d caught him gawking, cutting the lawnmower sharply to the right so he wouldn’t have to face me anymore.

That’s right
. I eyed the jutting shoulder blades on his skinny, shirtless back.
Turn around you scrawny little nobody.

I tried not to think about how badly I wanted to be a nobody, or the fact that some string bean of a kid now ranked higher than me on the social ladder.

A bead of sweat trickled down my neck. Even though it was only April, the heat was already wafting off the pavement in steaming ribbons. The summer was going to be beastly. I wiped my forehead with the back of my hand and shielded my eyes from the sun, scolding myself for forgetting to wear sunglasses. Sunny said squinting gave you premature wrinkles.

There were still two seconds ticking down next to the flashing “Don’t Walk” sign when I started across the intersection, which seemed like plenty of time. And the street wasn’t that crowded; it was a lazy Saturday morning like any other. I kept my head down, scrolling through my music for a song with a beat that matched the rhythm of my steps.

The woman and her Beemer came out of nowhere.

By the time my head snapped up, there was just enough time to register the car’s steely blue paintjob and the silent scream of the driver’s yawning mouth, but not enough time to avoid the hunk of metal careening toward me.

From the Cradle by Louise Voss, Mark Edwards
Betrayed (Undercover #3) by Helena Newbury
The Wicked Bad (Crimson Romance) by Gerrard, Karyn
Southsiders by Nigel Bird
Secondary Targets by Sandra Edwards
Rev It Up by Julie Ann Walker
The TV Detective by Simon Hall
Time Changes Everything by Dozier, Melinda
The Geek Girl's Guide to Cheerleading by Tahmaseb, Charity, Vance, Darcy
The Road to Berlin by John Erickson
Our partner