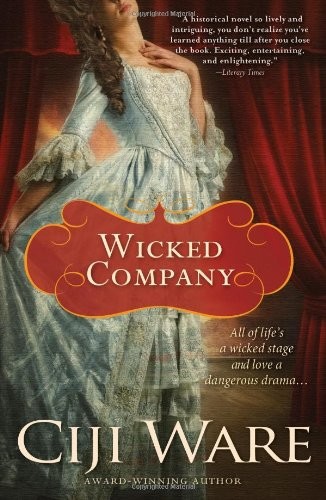 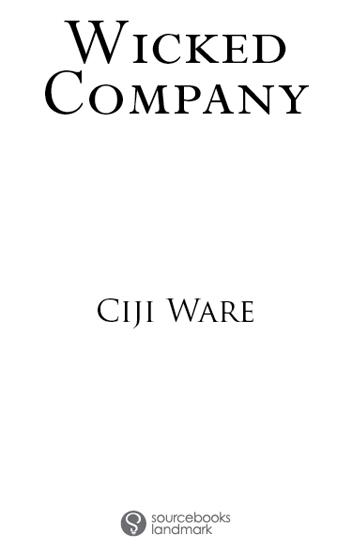 In memory of Catherine Turney, playwright, screenwriter, novelist, friend and for Aphra Behn (1640–1689), playwright, novelist, and the first English woman to earn her living by writing

One of the reassuring aspects about writing historical novels is that the seeds of one’s next book are often to be found in the book preceding it. This is certainly the case with
Wicked Company.
I am delighted that Sourcebooks Landmark has seen fit to republish this work that remains so close to my writer’s heart.

When I was researching my first historical novel,
Island of the Swans,
a biographical work of fiction based on the life of Jane Maxwell, the Duchess of Gordon (1749–1812), I discovered that her “eccentric” sister, Eglantine, Lady Wallace, was the author of several plays, one of which was produced (and failed miserably after a three-night run) at Covent Garden. As I sat in the rare-book room at the Huntington Library in San Marino, California, leafing through the dusty copy of Eglantine’s play,
The Ton, or Follies of Fashion
(1788), I exclaimed aloud (a great sin in any library), “I didn’t think women
wrote
plays in the eighteenth century!” Certainly I never dreamed that a number of women had their works produced at the most celebrated theaters in the kingdom.

That moment in my life as an historical novelist led me to the astounding
discovery that some
ninety-eight
women wrote plays that were either staged, published, or survived in manuscript in Britain between 1660 and 1800. A significant number of these writers were extraordinarily prolific dramatists, with fifteen to twenty plays mounted in professional theaters during their lifetimes. Some were among the most successful writers in their day. For example, Aphra Behn (1640–1689) and Susannah Centlivre (d. 1723) wrote comedies that were still being produced a hundred years after their deaths.

Even the casual theater buff is familiar with Sheridan’s
The School for Scandal
and
The Rivals,
or Goldsmith’s
She Stoops to Conquer.
Yet most students of English literature know virtually nothing about these dramatists’ female contemporaries—their lives, their careers, or even the plays themselves. What is even more remarkable, the works written by these professional women playwrights were enormously popular in their day and, as in the case of Elizabeth Inchbald (1753–1821), their efforts as dramatists made some of them rich.

Without delving into the reasons
why
a serious examination of these women dramatists is generally not found in most survey courses on eighteenth-century British theater, my goal has been to bring this glittering, talented, competitive, hardworking coterie of women artists back to life in novel form.

Details of the theater world during this period were garnered from texts, letters, contemporary periodicals, maps, memoirs, and primary sources relating to the major figures in and around London’s competing theaters, Drury Lane and Covent Garden—as well as Sadler’s Wells, Bath’s Orchard Street Theater, Edinburgh’s Canongate Playhouse, the Shakespeare Jubilee of 1769 in Stratford, and the fledgling theater in Annapolis, Maryland, in the 1770s. With the exception of the fictional heroine’s own plays, the productions mentioned throughout the novel consist of plays that were actually presented on the specific dates given and featuring cast members recorded on contemporary playbills.

In this work of fiction, I have had the pleasure of delving into the lives of many luminaries of the day, including theater managers David Garrick, Richard Sheridan, and George Colman; barrister-writer James Boswell; lexicographer Dr. Samuel Johnson, Lord Hertford (the Lord Chamberlain from 1766 to 1783); the Deputy Examiner of Plays—a government censor—Edward Capell; the actors, actresses, and “stage servants,” and, of course, the playwrights—both male and female. Great effort has been invested in accurately weaving biographical details concerning the lives of these historical figures into the story of fictional characters whose search for love glory, and freedom of expression strikes a contemporary chord.

I have included a map of the tightly knit London theater community known as the Covent Garden District during the period the novel takes place (1761–1779
)
as well as a list that differentiates the fictional characters from the historical figures. These, I trust, will serve as guideposts on the reader’s journey into the bawdy, rollicking world of eighteenth-century British and American theater—where women took center stage, along with the men.

…when ladies, fearful lest their poetic offspring should crawl through life unheeded, publicly expose themselves to the world… who does not wish they had occupied their time with a needle instead of a pen? 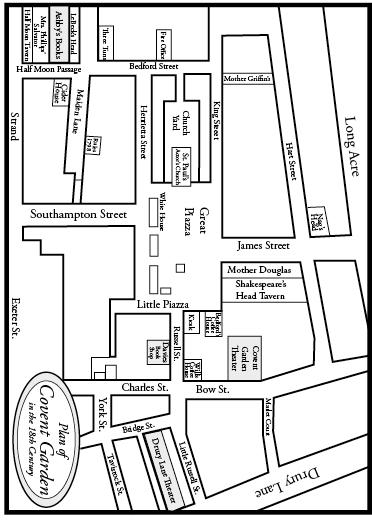 In The Belly Of The Bloodhound by Meyer, Louis A.
The Lord of Vik-Lo: A Novel of Viking Age Ireland (The Norsemen Saga Book 3) by James L. Nelson
Silver Sparrow by Tayari Jones
A Brief Guide to Stephen King by Paul Simpson
The Flying Squadron by Richard Woodman
The Last Oracle by Colvin, Delia
Forever Amish by Kate Lloyd
The Last of the Firedrakes by Farah Oomerbhoy
At His Mercy by Alison Kent
Big and Clever by Dan Tunstall
Our partner