Read Wild About You Online 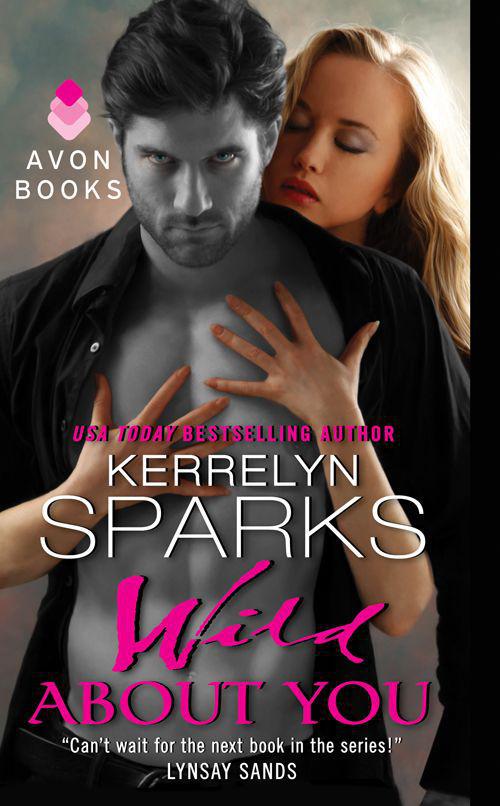 To the best critique partners an author could wish for—

For thirteen books now, you have watched my back

and helped me do my best.

Many thanks for your friendship, patience, and loyalty.

I
have to confess—some books are easier to write than others, and Howard’s book was a real bear. For those who helped me survive my journey into the were-bear culture, I owe many thanks. First, there were my critique partners: MJ Selle, Sandy Weider, and Vicky Yelton. A special thanks to Sandy’s husband, Paul, who came up with the name for the series—Love at Stake—and spent many hours tutoring my daughter in chemistry.

Thanks also to Jimmy Franklin, good friend and super realtor, who helped us move and sell a house while Howard’s book was being written and produced. Jimmy, I hope you enjoy having a young were-bear named after you.

As always, I owe a big thank you to my husband, who is always encouraging and supportive, and even makes the best grilled cheese sandwiches when I’m in deadline hell. Thanks also to my son, Jonathan, who reads galleys with an eagle eye and spots typos at the last minute.

Finally, my heartfelt gratitude to all my readers around the world. Without you, my Undead friends would have died years ago. Many thanks for your support!

I
n the dim light of a cloud-shrouded moon, Shanna Draganesti cast a forlorn look at the flower beds she’d once tended with care. They’d become choked with weeds since her death.

To be honest, gardening had ranked low on her list of priorities for the past three months. She’d had bigger things to fret about, such as adjusting to a steady diet of blood when six years ago she would have fainted at the sight of it, and dealing with an increased amount of psychic power that made it too easy to hear people’s thoughts whether she wanted to or not.

Practically overnight, she’d been expected to master all the vampire skills. Levitation? Downright scary to look down and see nothing beneath her feet. With no way to ground herself, she kept tipping over.
Mental note: never wear a skirt to levitation practice.

And what about teleportation? She was terrified she’d materialize halfway into a tree or a rock. And why the heck couldn’t she materialize ten pounds lighter? Her scientific genius of a husband couldn’t answer that one. Roman had laughed, under the impression that she was kidding.

And that was the most difficult part of being a vampire. She was no longer the same mother she’d been before. Every scraped knee or bruised feeling her children experienced in daylight hours would be soothed away by someone else. Because during the day, she was dead.

She’d never fully appreciated what the other Vamps went through each day at sunrise. Death-sleep was easy enough, since you just lay there like a lump, but getting there was the pits. She had to die. Over and over, as the sun broke over the horizon, she experienced a burst of pain and a terrifying moment of panic. Roman assured her it would get easier in time when she learned to relax, but how could she remain calm when she was dying? What if she never woke again? What if she never saw her children or her husband again?

There was no comforting light in the distance, reaching out to her with the promise of a happy afterlife. There was only a black hole of nothingness. According to Roman, that was the way it was for vampires. As a former medieval monk, he had interpreted the darkness as one more indication that he was cursed and his soul forever lost.

He now believed differently. When he’d fallen in love with her, he’d accepted that as a blessing from above and a sign that he wasn’t entirely abandoned. And then dear Father Andrew, may he rest in peace, had convinced the rest of the Vamps that they had not been rejected by their Creator. There was a purpose to everything under heaven, Father Andrew claimed, and that included the good Vamps. They were the only ones with the necessary skills for defeating bad vampires and shifters. The good Vamps protected the innocent, so they served an important purpose in the modern world.

Mental note: remind yourself every night that you’re one of the good guys.
It should make that glass of synthetic blood easier to swallow.

“Come on, Mom!” Constantine ran ahead of her and charged up the steps to the front porch.

Not to be outdone by her older brother, Sofia clambered up the steps, too.

“I don’t have to wait for Mom to unlock the door,” Tino boasted. “I could teleport inside.”

Sofia scowled at him, then turned to Shanna. “Mom, he’s bragging again.”

She gave Tino a pointed look. How many times had she warned him to be mindful of his little sister’s feelings? So far, Sofia had not displayed the ability to teleport, and she was growing increasingly sensitive about it.

“There, now.” Shanna’s mother, Darlene, gave Sofia a hug. “Everyone has their own special gifts.”

Sofia nodded, smiling sweetly at her grandmother. “I can hear things that Tino can’t.”

With a snort, Shanna carried her children’s empty suitcases up the steps to the front door. In spite of the recent upheaval in her personal life, her kids continued to behave normally. Like the weeds, they seemed capable of thriving in any environment.

“Nice porch.” Darlene looked around. “It needs to be swept, though. And you’ll need to get the yard tidied up before you post a For Sale sign.”

“I know.” Shanna set the small suitcases down so she could unlock the door. This was the first time her mother was seeing their home in White Plains, New York. And maybe the last.

Since Shanna’s transformation, they’d all lived at Dragon Nest Academy, the school she’d started for special children, mostly shifters or hybrids like Tino and Sofia. Roman had claimed she’d sleep easier, knowing their children were well supervised during the day.

He was secretly worried that she wasn’t happy, that she wasn’t adjusting. And deep inside, he was afraid that she blamed him for transforming her and separating her from her children. He never said it, but she could read it in his thoughts. And sense it whenever they made love. There was a desperation in his kisses and an extra tenderness to his touch, as if he hoped to eradicate her fears and heal her sadness with the sheer force of his passion.

She blinked away tears as she opened the front door. Poor Roman. She should reassure him that she was fine, even if it was a lie.

She wheeled the two suitcases into the foyer that was already well lit. The porch light and a few lights in the house switched on each evening thanks to an automatic timer so the house would appear inhabited. “Come on in.”

“Oh my, Shanna!” Darlene looked around, her eyes sparkling. “What a lovely home.”

Shanna smiled sadly. “Thank you.” She’d procrastinated for three months before accepting the inevitable. They had to move. No matter how much she loved this house, it no longer worked, not with her and Roman both dead all day.

Thank goodness her mother was back in her life. Only recently had Darlene broken free from the cruel mind control imposed on her by her husband, Sean Whelan. She spent all of her time now with her children and grandchildren, trying to make up for lost time.

“Come on, Grandma!” Sofia clambered up the stairs. “I want to show you my room.”

“Don’t forget her suitcase.” Shanna handed the pink-and-green Tinkerbell suitcase to her mother. “She can bring whatever toys she can fit in there.”

“I want my Pretty Ponies!” Sofia shouted, halfway up the stairs.

“And there’s another suitcase in her closet,” Shanna said. “She needs more clothes.”

“No problem.” Darlene started up the stairs. “I’ll take care of it.”

Constantine regarded her quietly before responding. “Do we really have to move?”

She nodded. “It’s for the best. There are more people at the school who can watch over you during the day.”

“I don’t need a babysitter.”

Shanna sighed. Sofia was delighted with the move, since the school now boasted a stable of horses for equestrian classes. But Tino wasn’t so easily swayed. “You’ll have other kids there to play with, like Coco and Bethany.”

He wrinkled his nose. “They’re girls. They just want to do silly stuff.”

She tousled the blond curls on his head. “Girls are silly now?”

“Yeah. They just want to dress up and pretend they’re movie stars. I want to play basketball or backgammon or Battleship.”

“Where did you learn those?” She knew her son played basketball with his dad, but she’d never seen him play board games.

“Oh. That was sweet of him.” Howard Barr had been the family’s daytime bodyguard for several years now. As a bear shifter, he made a fierce protector, but he had such a gentle nature that Shanna had always considered him more of a honey bear than a grizzly.

“He’s smart, too.” Tino narrowed his eyes, concentrating. “He says winning is a combination of skill, timing, and . . . stragedy.”

“Yeah. Howard’s real good at stragedy. When is he coming back? He’s been gone forever!”

She thought back, recalling that he’d gone to Alaska at the end of May, and it was now the end of June. “It’s been about a month.”

Intentionality by Rebekah Johnson
Black Aura by Jaycee Clark
What falls away : a memoir by Farrow, Mia, 1945-
Starstruck by Hiatt, Brenda
Monroe, Marla - The Edge of Night [The Protectors 3](Siren Publishing Classic) by Marla Monroe
The Magic Thief by Sarah Prineas
Daughter of Smoke and Bone by Laini Taylor
Big Breasts and Wide Hips by Mo Yan
The Kingdoms of Terror by Joe Dever
The Emperor of All Maladies: A Biography of Cancer by Siddhartha Mukherjee
Our partner