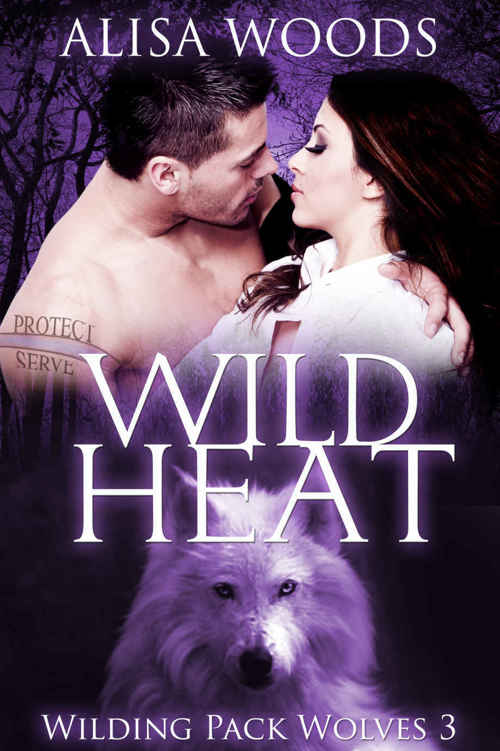 Check out all of Alisa's bestselling Shifters in Seattle books...

**ALL IN KINDLE UNLIMITED**

To be notified when Alisa has a new book out...

When you subscribe, you also get a FREE book!

Making art has never been so dangerously SEXY.

Kaden Grant is well aware that the Seattle Police Department is no friend of shifters. But when the mayor’s favorite artist is targeted by the local hate-fanatic, he orders protective custody for her… and Kaden is desperate to land the assignment. Because any other cop would just get the girl killed. If only her wild streak didn’t threaten to bring out his long-buried secret…

Terra Wilding’s family is being torn apart, and now the Wolf Hunter is targeting her because her of photographs bringing out the light in the dark corners of Seattle. The only way to keep her baby sister Cassie and the other wolves safe is to leave her mountain refuge and hole up in a small house that feels more like a cage. If only the human cop who’s guarding her wasn’t so hot…

When Terra slips away to meet up with a secretive art collector, Kaden’s protective side goes into overdrive. He’s an alpha’s alpha, and he lights a wild heat in her that threatens to burn them both down. Kaden wants to
protect
and
serve,
but can he tame the wildest Wilding before the Wolf Hunter catches up to them both?

It was merely the darkroom lamp bathing everything in its blood-red glow, but somehow, it fit the dark and haunted mood that had grabbed hold of her. Terra’s new top-of-the-line enlarger had just shipped in, and she’d been itching to try it out, but all she had to work with were old shoots. Old film. Photographs that were taken months, if not even more stale. Her last gallery exhibition was eight weeks ago, and even that work had been shot months prior to that. It had been
so
long since she’d been able to scour the city—Seattle’s people and buildings and grimy corners—to find some bit of life for her art. Some tiny shred of goodness that she could bring out to say to her hometown,
See, all is not lost, even in your days of hatred.

With the multiple attacks on shifters recently, she wondered if that was still true.

She swished the photo paper in the developer until the images came up, rising out of the red darkness to reveal themselves. But there were no surprises. No new angle or viewpoint, no matter how much she cropped or sifted through her old shoots. She used the tongs to pull the print from the developer and slide it into the tray of stop solution. She simply needed new material—and she wasn’t going to get it here at the River pack’s safehouse, tucked up in the mountains, far from the heartbeats of the city.

Only her city wasn’t safe for her anymore.

She moved the print to the fixer solution, then rinsed it in the final bath and hung the newly developed sheet on her clothesline. A heavy sigh escaped her as she gazed at the line of prints covering her wall—four rows high, twenty pictures long, covering two of the four walls with completely useless art. The third wall, the one with the window, had been swathed in light-blocking fabric as soon as she had arrived—two shades, a heavy set of curtains, and black tape around the edges. The fourth wall was taken up by the massive four-postered bed and some artwork that Terra couldn’t remove because it would insult her hosts. They weren’t half bad, actually—the art, not the hosts, who were wondrous. The paintings were realistic renderings of the gorgeous mountains that surrounded the safehouse ranch, but they weren’t exactly her style. They itched at her, day after day, like a tag left in her shirt.

She sighed again, looking back at her own work, and gave up on trying to wrench anything meaningful out of it. Instead, she just switched on the main light for her room, slipped her sketchpad out of her nightstand and curled up on the bed.

During her endless internment at the safehouse, her need to create something new had returned her to an original love—drawing. But what kept rising out of the charcoal lines on her sketchpad was even darker than the things she captured with her camera lens—bombs, body parts, the blown-apart carnage of shifters and metal, cars and buildings reduced to their elemental parts by the hate group that was stalking the sprawling Wilding pack. The bombers weren’t after
her
specifically, but she was one of the more visible members of her pack, what with her gallery showings and articles in
Artist Today.
The Wolf Hunter had outed her entire family as shifters in his doxing video, revealing all of their names and addresses, and the random haters in her city were all too eager to work out their dark mental issues in shifter blood and mayhem.

She would never understand the hatred and violence, but she understood the dark mental issues all too well. The darkness of the world had always sought her, closed in around her, threatened to drown her… and now, with the haters on the rise, it was getting harder to find the light that marched side-by-side with the dark.

She sighed again. She had been cooped up
too damn long.

Terra closed her eyes and tried to imagine the soft innocence of her younger sister, Cassie. She’d always been a perpetual source of light in Terra’s life, ever since their mom died. Cassie was a full-time resident at the safehouse too, and even Terra’s twin brother, Trent, was becoming a more frequent visitor, tearing himself away from his frenetic work schedule at his software development company. Their father still puttered around in his estate in Bellevue, oblivious to everything, per usual. He probably hadn’t even seen the bombings on the news. Terra often retreated into her world of art, but her father was the king of withdrawing from the real world—when her mother died, her father moved to Planet Donnie Wilding and never came back.

Terra rubbed her eyes and worked the tension from her shoulders. There was no point in dwelling on things that would never change. A knock at the door kept her from diving back into her drawing of Cassie.

Her cousin Noah swung open the door. He was about her age, twenty-one or two, but he’d been through a lot—far more than Terra. Just having him around reminded her of that. But lately, he’d been even more intimately involved in trying to stop the bombings… including the one that happened just this morning.

But his frown was unexpected, along with the harried, uncertain look on his face. “Terra, someone’s at the door for you.”

“Yeah?” She looked back to her drawing. “Really not interested right now, Noah.”