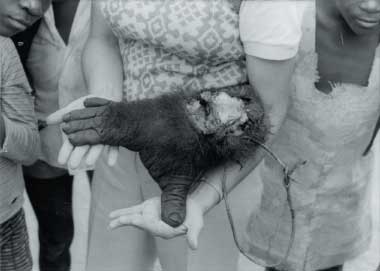 A hunter's grim trophy â a gorilla's severed foot on a rope â twirled triumphantly in the air by a young boy at Mayebut. 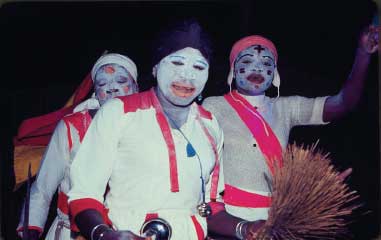 Bwiti dancers at Belinga, performing for visitors. The Bwiti cult is widely practised in Gabon, and involves the use of the hallucinogenic drug
iboga
. Many symbols of Christianity were incorporated into the performance. 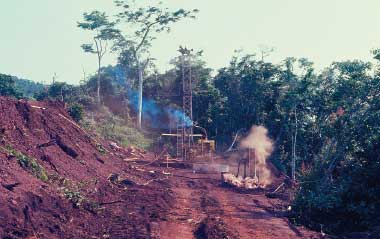 Test drilling for iron ore on Babiel. A team of Canadian drillers brought twenty tonnes of equipment with them and extracted core samples from sites all around Belinga. The associated destruction of forest distressed us. 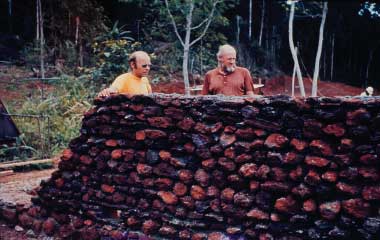 Win and Rodo inspect Eamon's house under construction. The walls were built from local ironstone, readily available all around the camp. Gabonese stone masons were well versed in using this material. 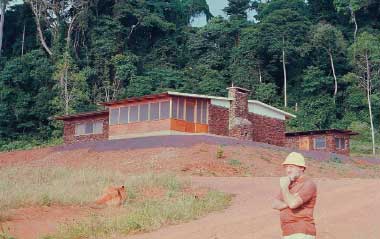 Win in front of Eamon's completed house â the detached kitchen behind and the great forest just metres away. The luxurious house drew universal praise. Eamon's wife wanted Win's name engraved on a plaque outside. 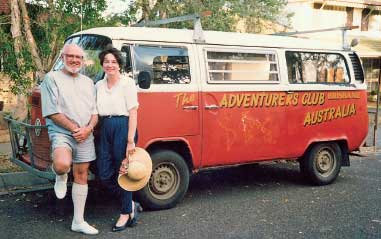 Win and me with the Kombi back in Brisbane in 1992. The sign-writing was what had led to our year at Belinga. A vehicle with a unique history and appearance, it became well known around Brisbane. 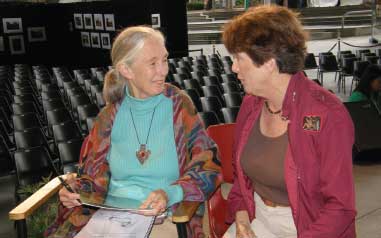 A privilege I never expected to have: meeting Jane Goodall in Brisbane in October, 2008. She has inspired me for over thirty years. (Photograph Â© Julia Hoy)