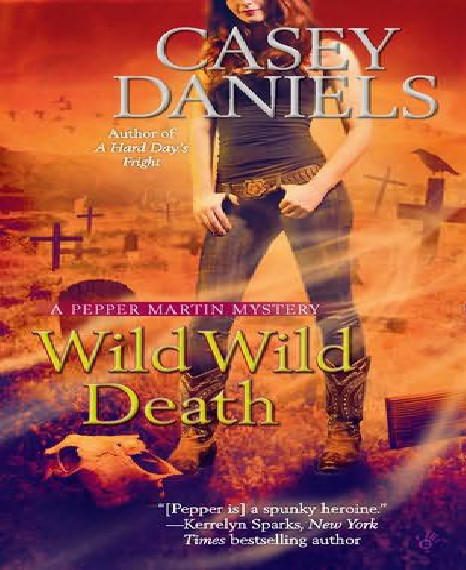 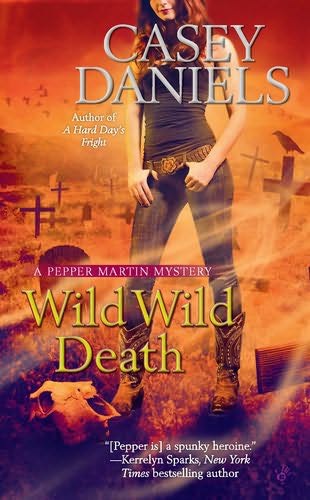 PRAISE FOR THE PEPPER MARTIN

you’l devour each book and stil be hungry for more!”

“My favorite ghost hunter, sassy Pepper Martin, is back in another hauntingly good mystery.”

Night of the Loving Dead

“Pepper proves once again that great style, quick wit, and a sharp eye can solve any mystery.”

“Pepper is brazen and beautiful, and this mystery is perfectly paced, with plenty of surprise twists.”

“[A] wel -plotted paranormal mystery that…

shares some answers that fans have had since we first met this entertaining character, and adds several surprising twists along the way.”

“A fun romp through the streets and landmarks of Cleveland… A tongue-in-cheek… look at life beyond the grave… Wel worth picking up.”

“[A] PI who is Stephanie Plum-meets-
Sex and

“[A] PI who is Stephanie Plum-meets-
Sex and
the City
’s Carrie Bradshaw… It’s fun, it’s ‘chick,’ and appealing… [A] quick, effortless read with a dash of Bridget Jones–style romance.”

“With witty dialogue and an entertaining mystery, Ms. Daniels pens an irresistible tale of murder, greed, and a lesson in love. A wel -paced storyline that’s sure to have readers anticipating Pepper’s next ghostly client.”

The Chick and the Dead

“Amusing with her breezy chick-lit style and sharp dialogue.”

“Ms. Daniels has a hit series on her hands.”

Don of the Dead

“Fabulous! One of the funniest books I’ve read this year.”

“There’s not a ghost of a chance you’l be able to put this book down. Write faster, Casey Daniels.”

“One part Godfather, one part Bridget Jones, one part ghost story, driven by a spunky new sleuth… A delightful read!”

“[A] humorous and highly entertaining expedition into mystery and the supernatural.”

—Linda O. Johnston, author of
The More the
Terrier

“A spooky mystery, a spunky heroine, and sparkling wit! Give us more!”

“[F]unny and fast-paced; her sassy dialogue…

her bravado, and her slightly off-kilter view of life make Pepper an unforgettable character… The only drawback is waiting for book two!”

“[A] fun cozy with a likeable heroine and a satisfying plot.”

“Fans of Buffy ought to enjoy this one.”

DON OF THE DEAD

THE CHICK AND THE DEAD

NIGHT OF THE LOVING DEAD

TOMB WITH A VIEW

BERKLEY® PRIME CRIME and the PRIME

PRINTED IN THE UNITED STATES OF

I don’t know if there’s some publishing rule against

dedicating two books in a row to the same person, I only know that without Leslie Wey,

this book would not exist.

Thank you, Leslie, for welcoming me into your home,

introducing me to al your wonderful

and showing me around New Mexico.

You, girlfriend, are the best!

Is there real y a curse on Cleveland sports teams?

Years of disappointing win/loss records and dashed hopes here on the north coast make people think so, and there’s even a legend to back them up.

It al starts with a Native American chief named Joc-O-Sot, who lived from 1810–1844. The chief performed in Wild West shows and while on a trip abroad, he became il . He desperately wanted to return to his people and be buried in Minnesota, but he only got as far as Cleveland before he died. Local tales say that he haunts the city and that he’s the one whose curse keeps the Cleveland Indians from winning a World Series.

Is it true? I can’t say, but I do know that on a visit to Joc-O-Sot’s grave, I commented that I was surprised some rabid basebal fans haven’t dug him up and taken him out of town. I was only kidding, of course, but the idea struck a chord and became the basis for
Wild Wild Death
. With any luck, what happens in these pages wil be the fictional catalyst that wil realign the universe and take care of that pesky curse. If the Cleveland Indians win the World Series anytime soon, I am more than happy to take credit for helping out.

There is also historical fact behind the labor troubles mentioned in the book. The Streetcar Strike of 1899 began in June, and as management tried to replace striking workers, riots broke out and explosives were planted to destroy streetcars and tracks.

A writer’s brain plays with facts like these, molds and shapes them to become part of the fiction that turns into a book. Nowhere is this more evident than in my creation of the Taopi.

There are many different Pueblo Indian tribes living in the Southwest. Taopi is not one of them.

They, too, are an invention of my imagination as is a pueblo on Wind Mountain. In fact, I didn’t know there was a town in Minnesota cal ed Taopi until after I had created my fictional tribe, or that the town was named in honor of an Indian chief who once lived there. Coincidence considering how Joc-O-Sot figures into this story? I can’t say. With the help of Jody Coffman, a Taos Indian I met while visiting the Southwest, I have tried to incorporate the customs and beliefs of real Pueblo peoples into the story. Any mistakes are the fault of a girl from Cleveland who doesn’t get to New Mexico nearly often enough. I’m also grateful to Jody and her mother-in-law, Judy Coffman, for introducing me to the wonders of frozen avocado pie. Yes, I know… sounds terrible, right?

Guards of Haven: The Adventures of Hawk and Fisher (Hawk & Fisher) by Simon R. Green
Secret Heiress by Anne Herries
The Bed I Made by Lucie Whitehouse
Welcome to My Jungle by Duswalt, Craig
Conviction (The Cassano Series Book 4) by Scarlet Wolfe
The Sword that Binds (Book of Worlds 1) by Taran, David
Unleashed by Kate Douglas
You've Got Male by Elizabeth Bevarly
Murder Mile High by Lora Roberts
His Unforgettable Fiancée by Teresa Carpenter
Our partner