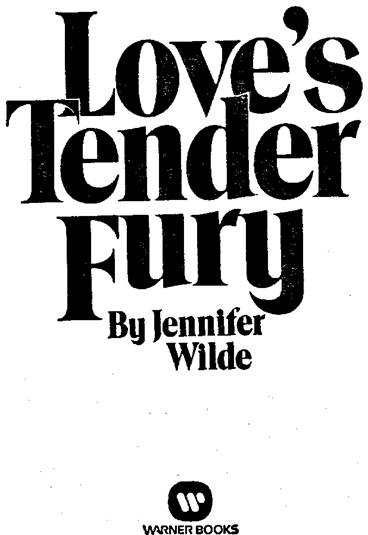 The
turbulent story of an English beauty—sold at auction like a slave—who
scandalized the New World by enslaving her masters.

Marietta
was a woman wronged—raped by her employer, charged with theft by her jealous
mistress, and shipped to the Colonies to serve fourteen years as bound servant to
the man who bid highest.

But
Marietta was beautiful, educated and resilient, with a provocative body meant
for love, and she was determined to prevail.

Over
the handsome, silent planter who bought her to be his housekeeper. Over the
dashing entrepreneur who supplied girls to the New Orleans red light district.
Over the wealthy sadist who used her in his madness.

She
would conquer them all—if she could subdue the hot, unruly passions of her
heart.

"Biddin
starts at two hundred on this
'un!" the auctioneer announced.
"It's a bit steep, yeah, but take a good look at her. She ain't only one
of the most fetchin' wenches you ever seen, she's edgeacated too. Talks like a
bloomin' swell. Say some-thin', girl."

I
stood perfectly still, my chin held high, staring straight in front of me.
Coleman flushed at my disobedience, but he held his whip still, perhaps because
Jeff Rawlins was standing there grinning.

A
husky lout with shaggy hair hassled the bid up to three hundred.

There
was a moment of silence, and then a cool, bored voice was heard. "One
thousand," the man said.

Rawlins
turned with a frown, staring at his competitor. "Hawke? Come on, you don't
want this wench, I do. A wench like her—the bucks in New Orleans'd go outta of
their minds..."

But
Derek Hawke bought Marietta. As he paid out his twenty-one hundred pounds,
Rawlins aimed his parting shot.

"I'll
be 'round," he said, "when you begin to regret payin' such a pretty
price for something you don't need. I want that girl, and I'll get her."

A
Warner Communications Company
Printed in the United States of America

Not
associated with Warner Press. Inc. of Anderson, Indian

To Rosemary,
with all the three A's.

Pale,
shaken, the girl descended the stairs clutching her pathetically battered bag
and trying not to sob. Her cheeks were stained with tears, her blue eyes filled
with a miserable resignation. Jenny was only sixteen years old. She had come to
Montagu Square a year ago fresh from the country, a robust, rosy-cheeked lass
typical of the thousands of girls who poured into London to go into service.
She was thin now, her blond curls wildly disarrayed. The bloom of youth was
already gone. Dismissed without references, she had no hope of finding another
post.

He
stood in the lower hall, vain, lordly, a half-smile playing on his lips as he
watched the girl he had used and grown tired of. Jenny moved slowly toward the
front door, defiantly, too, for none of the servants ever used the main
entrance. Lord Mallory arched one dark brow, amused, but he made no effort to
stop her. The girl paused, and for a moment it looked as though she might burst
into tears again and plead, begging him to let her keep her job as scullery
maid. He frowned, drawing himself up, no longer amused.

Jenny
looked at him with sad blue eyes that had long since lost their innocence, but
she didn't plead. She simply looked at him, hopelessly, wretchedly, and then
she opened the front door and stepped outside. She had no money, no education,
no hope of surviving unless she joined that pitiful parade of prostitutes who
swarmed over London by the thousands.

As
I watched her leave, I shuddered in sympathy. I might be educated, I might have
aristocratic blood in my veins, but my position here was tenuous as hers had
been, and I knew that I could easily share her fate.

Lord
Mallory sighed and moved over to close the door Jenny had left open. Turning,
he looked up and saw me standing halfway up the grand staircase. That
half-smile was on his lips again, and his dark eyes gleamed with masculine
anticipation I couldn't fail to recognize. I knew full well why he had thrown
Jenny out. I knew it was because he intended to have me next. I was his
children's governess, true, but I was still a servant. Men like Lord Robert
Mallory considered any attractive woman in their employ fair game. He stared at
me and then he nodded. I turned on the stairs and hurried up to the nursery.

The
children had left to spend three weeks with their grandparents in the country.
Tomorrow morning Lord and Lady Mallory would be leaving, too, to be gone a
week. I had a week, then, seven days before he would make his first move. Of late
his very presence caused a tremulous alarm I found it difficult to conceal.
Before, he had been preoccupied with Jenny and paid very little attention to
the new governess. But when he began to tire of the girl whose attic room he
visited almost every night, he started to stare at me with masculine
speculation whenever we happened to pass in the hall. He also began to visit
the nursery frequently, ignoring the children, asking me far too many
questions. His intentions were clear. For the past week we had been playing a
subtle cat-and-mouse game, and now that Jenny was gone I knew the subtlety
would be replaced by open aggression. He intended to have me. Men like Robert
Mallory never hesitated to take what they wanted, would use force if necessary.

Stepping
into the nursery, I found that I was trembling inside. Jenny's abrupt dismissal
had disturbed me terribly. It clearly indicated Ms ruthlessness. He could
dismiss me just as abruptly, and my plight would be every bit as grave as
Jenny's. I knew that I had been exceedingly fortunate to get this post in the
first place, and it had come in the nick of time. Only a handful of coins were
left in my purse when Lord Mallory interviewed me and told me the job was mine.
I had been turned down time after time. I was too young, they told me, too
inexperienced, too attractive. If Robbie and Doreen's governess hadn't left
when she did, if Lord Mallory hadn't desperately needed someone to replace
her... I tried not to think of what might have happened when those few coins
were gone and I was turned out of the humble, shabby room at the inn.

Distraught,
I stepped over the mirror and examined myself with sapphire-blue eyes that
reflected my alarm. I wished I were older, wished I were plain and pale and
unappealing. I had never been vain, but I knew I was an extremely attractive
woman. In the village the men had been after me ever since I was thirteen. The
barmaid's daughter, I was their natural prey, but I had ignored their crude
invitations, eluded their clumsy caresses. Later on, at that refined, expensive
school for young ladies, the other girls had resented me because of my rich
auburn hair, my high, sculptured cheekbones, my slender body that was
undeniably shapely.

I
had my father's cool, patrician good looks, my mother's high color and earthy
allure. The combination was as unusual at it was striking. Although I wore my
hair in a severe coronet of braid on top of my head, I couldn't conceal its
rich luster, neither brown nor red but a vivid combination of the two, gleaming
with deep coppery highlights. My plain brown dress was severe, too,
long-sleeved, high-necked, but somehow that only emphasized the full breasts,
the narrow waist. I might try to minimize my looks, but the fact remained that
I was the kind of woman men had always pursued.

"Admiring
yourself?" he drawled.

I
whirled around. Lord Mallory was lounging in the doorway, one shoulder propped
against the jamb. He gazed at me with those dark, mocking eyes, and his full,
sensual lips still toyed with a smile. Women had spoiled him all his life, and
now, at thirty-four, he wore his magnetism with casual disdain, taking it for
granted that any woman he encountered would succumb at the snap of his fingers.
Most of them did, and he accepted their adulation somewhat wearily, considering
it no more than his due.

"You
seem upset, Marietta," he remarked.

He
had never called me by my first name before. In the past it had always been
"Miss Danver." I looked at him, striving to maintain some kind of
composure, fighting to conceal my alarm. Lord Mallory was fully aware of my
apprehension, and he was enjoying it. He was so utterly relaxed, so confident.
Most women would have felt a thrill of anticipation were he to gaze at them as
he gazed at me now.

Robert
Mallory, I realized, had to have a woman at all times, someone new, someone who
would reassure him of his powers over the weaker sex. Lady Mallory didn't
count. He treated her with the same indifference he displayed toward his
children, humoring her every now and then just to make certain she was still
enslaved. There were few secrets among the servants, and I knew that he had
never loved her. Not even Lady Mallory had any illusions on that score. He had
married her for her money, and she had been thrilled that her merchant father's
abundant wealth had enabled her to wed such a splendid creature, a member of
the nobility to boot.

"It
seems I've been remiss," he said.

"You've
been here—what? Six weeks? In all that time we haven't had a real conversation.
We've discussed the children, of course, but we've not had a real talk. I
haven't inquired about your... uh... comfort." He paused, heavy lids
half-veiling those gleaming dark eyes. "Are you happy here, Marietta?"

"I—I
find the position quite satisfactory."

"I've
been doing some checking up on you," he remarked. He spoke in a lazy
drawl. "I've discovered some very interesting things about your
background. You had no references when you came for the interview, but you
seemed—suitable enough. You did tell me about your education and showed me your
diploma from that very fine school"—Lord Mallory hesitated a moment before
continuing—"but there was a great deal you forgot to mention."

"I
didn't feel it was necessary," I replied.

I
was surprised at my own calm, but I refused to be intimidated over something I
couldn't help. I wasn't ashamed of either of my parents. He had obviously found
out about them, and I wasn't about to apologize.

"Your
father was the Duke of Stanton," he remarked.

"A
fine old family, one of the finest, a power in Cornwall for generations. Your
mother, though—it seems she wasn't from such distinguished stock."

"My
mother was a barmaid at the Red Lion in the village where I was born. I was
born out of wedlock, yes, but my mother was—"

"A
mite too generous with her favors, it would appear. She raised you, and you
worked behind the taps yourself on occasion, it seems, never knowing who your
father was until after your mother died of pneumonia when you were fourteen.
Your father was a widower by that time, and his wife had failed to give him
children. He was a lonely old man, and it amused him to take in—"