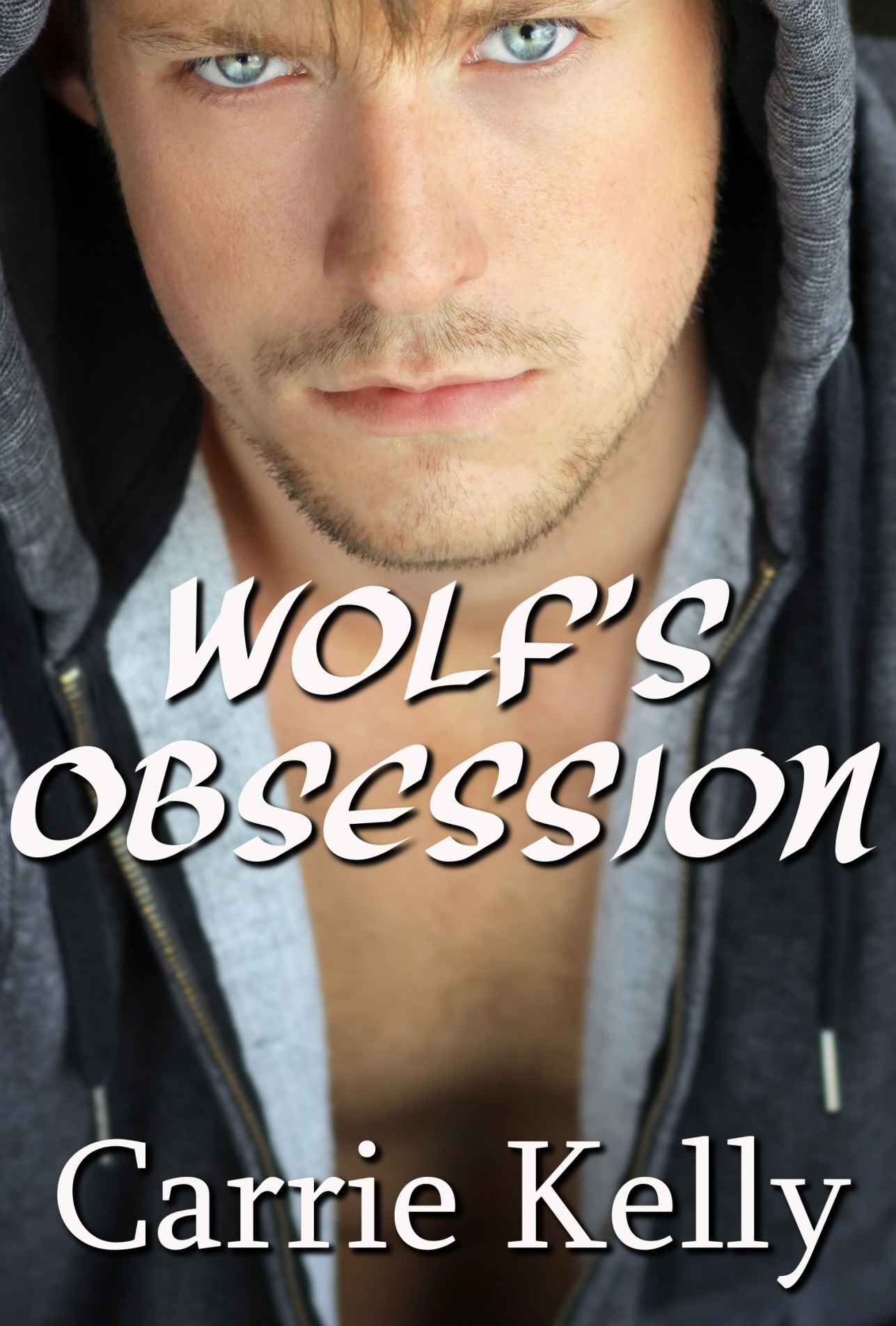 This ebook is licensed for your personal
enjoyment only. This ebook may not be re-sold or given away to other people. If
you would like to share this book with another person, please purchase an
additional copy for each reader. If you’re reading this book and did not
purchase it, or it was not purchased for your use only, then purchase your own
copy. Thank you for respecting the hard work of this author.

All characters in this story are made up
by the author. They aren’t based on any real people.

This is
not
how
I pictured my first time.

Randy pressed his weight
on me uncomfortably, blood rushed to my face, making it feel as if my head was
going to explode.

I wrapped my arms
around his broad shoulders and tried to shift to a different position, but that
only got his belt buckle jammed into my hip.

“Ouch!” I said and
gritted my teeth.

“What is it baby?” he
asked and looked at me. “Your face is dark red.”

I rolled my eyes. “You
really wonder why?” I asked with venom.

“We just started what
am I doing wrong?”

I pushed him off and
sat up. “Everything!”

He huffed and laid on
his back. “Really? I’m doing it wrong or are you just making excuses again?”

A dull ache formed in
the pit of my stomach. I balled my fists. “I’m not making excuses. I don’t want
my first time to be laying there while you sweat and pound on me for four minutes.”

His dark brows knitted
together and he curled his lips into a frown. “Okay, remember that I’m the one
that’s actually
had
experience? I know what I’m doing and I can last
more than four fucking minutes,” he said and pushed me back down.

His lips brushed my
neck and I sighed.

Fine. Maybe it’s better
to get it over with quickly. No one ever claimed the first time was a magical
moment. Though, I wish it could be.

I turned my face and
flinched as he nipped at my stomach. His teeth more annoying than anything.

He kissed my inner
thigh and I raised an eyebrow. Heat flooded my cheeks. He didn’t seem that
interested in oral play. Well, not when it came to me. Is he really going to…?

He sat up and smirked.

I watched him pump his
cock a few times before pressing the tip against my pussy. Figures. Why was I
going out with him again? Right. Desperation. Although, I don’t have anything
to talk about. I’ve always been on the chubby side earning the nickname flabby
Abby in elementary school.

When my teenage years
hit, I tried hard to blend in with the typical standards of beauty. Lots of
make-up and tan sprays. That was the thing. Petite, tan, blonde and easy. Okay,
so that was my bias, but it’s what all the popular girls seemed like at the
time. And how the fuck did they keep their hair up in perfect little pony
tails? Not one strand would come out of place even on a windy day.

I focused on the poster
of a naked chick on the wall and frowned. Then I looked back at Randy. Still
hasn’t put it in yet?

“Having a problem?” I
asked.

Randy shook his head.
“No, just waiting for you to snap out of it. Lost in your little day dreams
again?”

I pouted and squinted
my eyes. “Fuck me already!” I said.

“Shh!” Randy glared
daggers. “We’re not the only ones in this house,” he spat.

I rolled my eyes. “Oh
yes what would happened if mommy and daddy heard their twenty-two year old son
having sex with his girlfriend?”

Randy grabbed my chin
and gritted his teeth. “You’re going to pay for that.”

Something inside
tickled my stomach for a brief moment and I stared. “You going to punish me?” I
asked.

He pursed his lips and
lines crinkled his forehead. “It’s your first time.”

“I don’t care,” I said
and gripped his shoulders.

Randy leaned down but
before he could kiss me the window suddenly shattered, spraying us with glass.

“What the fuck!” he
spat as he rolled off of the bed.

I leaned to the side
and flinched as a small shard of glass embedded itself into my hip. Frowning, I
pulled the piece out and threw it to the floor. “What the hell was that?” I
asked.

It was hard to find
what broke the window with all of his dirty clothes spread across the room.
Then I saw the edge of a rock, peeking out from a tee-shirt. I picked it up and
raised an eyebrow at the small piece of paper, held firmly by a rubber band.

I tore it away and
glanced at Randy’s back. “Found it,” I said and held up the rock. I hid the
paper under my thigh. Had no idea why I was hiding it. I just did.

Randy inspected it and
grumbled. Then he looked out of the window. His head darting from side to side.
“Don’t see anyone out there,” he said and leaned against the wall.

I shook my head and put
my underwear on.

“You’re just going to
leave?” he asked and grabbed my wrist.

“Yes, think I’ve had
enough fun for one night. I’m going back to the dorm,” I said and pulled my arm
away.

“You’re not even
wondering who the fuck broke my window?”

I shrugged. “Probably
one of your friends messing around with you.” I finished dressing and grabbed
my purse, still squeezing the piece of paper in my hand.

“None of my friends
would do this. Fine, go ahead,” he said and held his hand out to the door.

Hurrying downstairs, I
avoided his parents and walked out to my car.

Rain drops started to
splash the windshield when I reached the university. I leaned back in my seat
and closed my eyes for a brief moment.

Randy was going to be
pissed. Probably blame me for making another excuse to get out of sex. I balled
my fists. Well, he could get over it. Maybe everyone got it wrong. Maybe it was
better to be alone.

Remembering the piece
of paper, I opened it. Then I knitted my brows together.

‘Stay away from her!’

The words ran over in
my head. Okay, maybe it wasn’t one of Randy’s friends. I don’t have many, so
who the hell wrote this?

Possible the messenger
got the wrong house. That had to be it. No one would be jealous of Randy for
going out with me. Right?

I shrugged it off and
walked towards the dorms.

As I pulled my keys out
I noticed Danny sitting on a bench with his gray hoodie pulled over his head.

The moment he looked
up, I froze. Those light blue eyes always seemed to catch me unaware.

I blushed and nodded.
“Hi,” I stammered.

He licked the corner of
his lip and nodded back. Probably surprised I said anything. “Hi,” he said
back. Calm and composed as usual.

I’ve known Danny since
we were kids. We used to be close, but that all changed when we hit high
school. It was all my fault to. I tried to fit in with the rest of our peers and
in the process pushed him away. He’d never know how much I missed him.

I shook past memories
away and looked down. Then I walked away quickly before I made an even bigger
ass of myself. I don’t know what possessed me to talk now all of a sudden.

Not like we could start
over. There was also the fact that Danny was gorgeous. No longer the small
nerdy boy I grew up with.

He was a good six
three. His face filled out nicely with a strong jaw and perfect nose. Not to
mention those kissable lips. He was flawless and I was nothing but flawed.
Everyone would see us and wonder why the hell a hot guy like him would choose a
plain and overweight girl like me.

I walked to my dorm,
showered and slumped in the bed. Luckily my roommate was out, so I’d be
guaranteed a good night of sleep. I washed, got into bed and closed my eyes.

The next night in
English I sat down in my usual seat and raised an eyebrow when Danny took the
one next to me. Odd, he usually sat in the back.

As his eyes traveled
over me he flushed.

What’s that about? I
opened my mouth to speak but shut-up when the professor started to lecture.

Drumming my fingers on
the desk, I glanced at the clock. Time seemed to move like molasses. It was
always like with late classes.

Danny took notes and
refrained from looking at me again.

I hurried and packed my
things and left the classroom. That’s great. Running away again. Something I
was good at. Why was it so damn hard to face him?

As I walked down the
hall towards the science building a hand gripped my arm and tugged me
backwards.

My eyes widened as I
turned to face the culprit. “Danny?” I asked and took a deep breath. What the
hell was he thinking? His papers and notebooks, snug against his side, fell to
the ground. He didn’t seem to care.

Brows knit together, he
shoved me against the wall.

I squeaked and opened
my mouth, but I couldn’t even string two words together. Somehow the force of being
shoved and his strong grip sent exciting sensations throughout my body.

He took a shaky breath.
“Why did you talk to me then walk away?” he asked.

My heart beat out of my
chest and I licked my lips. “I…sorry,” was all I could manage.

His breath spread
warmth across my neck as he leaned closer. “Your heart’s beating fast. Are you
afraid of me or do you actually like it when I’m close to you?”

I gasped as he pressed
his body against me. His solid chest, squishing my breast back. My nipples
hardened from the slightest brush. Was this really happening? “Why are you
doing this?” I whispered.

He gritted his teeth
and stared. Sharp fangs peeked out from his upper lip.

Was I seeing things? Reaching
up, I attempted to feel them, but he turned his head away. A group of students
passed with curious looks on their faces. The guy in the group stepped up. His
blond hair, slick against his head.

“Everything okay here?”
he asked with a sharp tone.

Danny’s body shook and
let me go. Then he reared on the stranger. “It’s none of your damn business!”
he growled.

Blondie ignored him and
looked at me. “You okay? Is this guy bothering you?” he asked.

The girls behind him
smiled slightly and I rolled my eyes. I could tell this guy was only out to
impress the ladies.

Quickly, I grabbed his
hands. “We’re good. He’s not bothering me,” I said and rubbed his hands.

Danny’s eyes widened
and he pushed me away. A frown curled onto his lips.

Blondie nodded slowly.
“Okay,” he said and motioned for the girls to follow him.

I leaned down and
picked up Danny’s notebooks. Then I shoved them in his bag. “Didn’t know you
still had the temper tantrums,” I said and paused. My heart skipped a beat as I
stared at the writing. The S’s curved weakly making them look like a random
scraggly line. The same as the threating letter Randy got the other day.

Shit! Danny’s the one
who broke the window, but why?

“They’re not temper
tantrums,” he snipped as he grabbed his backpack away and shoved the rest of
the papers inside. “What? Why are you looking at me like that?”