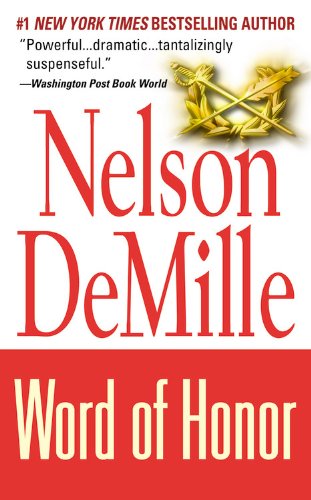 BY THE RiVERS OF BABYLON

This book was originally published in hardcover by Warner Books. First Printed in Paperback: March, 1987

To Ginny, with love.

I would like to thank Tony Gleason for his insights into military law, Reid Boates for his editorial suggestions and Nick Ellison for his consistent support. And many thanks to Kathleen Haley for her dedicated assistance. Thanks also to Sergeant First Class Susan Rueger at Fort Hamilton, and Dr. Russell Gilmore, Director of the Harbor-Defense Museum.

Further thanks to Daniel Barbiero, still a Marine. And to my men of Delta Company, First Battalion of the Eighth -Cavalry, warmest regards.

It is easier to find false witnesses against the civilian than anyone willing to speak the truth against the interest and honor of the soldier.

Ben Tyson folded his Wall Street Journal and stared out the window of the speeding commuter train. The dreary borough of Queens rolled by, looking deceptively habitable in the bright May moming sunshine.

Tyson glanced at the man in the facing seat, John McCormick, a neighbor and social acquaintance. McCormick was reading a hardcover book, and Tyson focused on the title: Hue: Death of a City.

McCormick flipped back a page and reread something, then glanced over the book and made unexpected eye contact with Tyson. He dropped his eyes quickly back to the book.

Tyson felt a sudden. sense of foreboding. He focused again on the book jacket. The cover showed a red-tinged photograph of the ancient imperial city of Hue, a low-angle aerial perspective. The city spread out on both sides of the

red-running Perfume River, the bridges broken and collapsed into the water.

Great black and scarlet billows of smoke hung over the blazing city, and the sun, a crimson half ball, rose over the distant South China Sea, silhouetting the dominant features of the town: the Imperial Palace, the high walls and towers of the Citadel, and the soaring spires of the Catholic cathedral. A remarkable picture, Tyson thought. He nodded to himself. Hue.

McCormick looked up with feigned nonchalance. "Oh, not bad."

"Did I get an honorable mention?"

McCormick hesitated a moment, then without a word, he handed Tyson the opened book.

On the sixteenth day of the battle of Hue., 15 February, an American rifle platoon found itself pinned down by enemy fire in the western suburbs of the city. The platoon was an element of Alpha Company, Fifth Battalion of the Seventh Cavalry Regiment, of the First Air Cavalry Division. As a point of historical interest, the Seventh Cavalry was the ill-fated regiment commanded by General Custer at the Little Big Horn.

and Specialist Four Y. The story, heretofore untold, was originally brought to my attention by a nun of mixed French and Vietnamese ancestry named Sister Teresa. Further details regarding the WORD OF HONOR 5

provenance of this story may be found at the conclusion of this chapter.

Tyson closed his eyes. Through the blackness an image took shape: a Eurasian girl, dressed in white, with a silver cross hanging between her breasts. Her body was fuller than that of a Vietnamese, and there was a slight wave in her long black hair. She had high cheekbones and almond eyes, but her eyes were soft brown, and there was just the suggestion of freckles on her nose. As he held the image in his mind's eye, the mouth turned up in a smile that seemed to transform her whole face, making the features more strongly Gallic. The Cupid's-bow mouth pursed, and she spoke softly, "Tu es un homme interessant."

Tyson opened his eyes. He looked back at the page: The enemy fire directed at Tyson's men was coming from the vicinity of a small French hospital named H6pital Misdricorde. The hospital, operated by a Catholic relief agency, was flying two flags: a Red Cross flag and a Viet Cong flag.

The firefight had erupted shortly before noon as the American platoon approached. The platoon quickly took cover, and there were no initial casualties. After about five minutes of intense firing, the enemy broke contact and withdrew toward the city.

Someone in the hospital then draped a white bed sheet from a second-story window, indicating surrender or "all clear." Seeing the white sheet, Lieutenant Tyson began moving his platoon up to take possession of the hospital and surrounding structures. The enemy, however, had left behind at least one sniper, positioned on the hospital's roof. As the Americans approached, shots rang out, killing one American, Pfc Larry Cane, and wounding two others, Sgt. Robert Moody and Pfc Arthur Peterson. There was a possible second sniper positioned at one of the windows.

Tyson paused again, and his mind returned to that day in 1968. It had been one of the worst days of the massive enemy offensive that had begun on the lunar New Year holiday called Tet, ushering in the Year of the Monkey.

He vividly recalled the sky, so blackened with smoke that he wouldn't have known it was an overcast day except for the cold rain falling through the ash.

He heard, in the steady rumbling of the train, the per~-sistent pounding of impacting mortars and the ceaseless staccato chatter of automatic weapons.

The train whistle blew at a crossing, and Tyson recalled very clearly the blood-freezing shriek of incoming rockets, exploding with an earthshaking thunder so intense that it took a few seconds to realize you were still alive.

And the dead, Tyson remembered, the dead lay everywhere. Trails and fields surprised you with sprawled, slaughtered corpses; hamlets were littered with the unburied dead. The Graves Registration people wore gas masks and rubber gloves, recovering only the American dead, burning the rest in pyres stoked with diesel oil and ignited with flamethrowers.

Tyson recalled what his company commander, Captain Browder, had said:

"The living are in the minority here." And Browder himself joined the majority not long after.

Death, he remembered, was so pervasive in that bleak dying city, in that bleak and rainy winter, that the livingcivilian and soldier alike-had almost ceased to struggle against it. People would, out of instinct, duck or take cover, but you could see in their eyes that they had no prospects for the future. Hue: Death of a City. Hue: City of Death. No wonder, he thought, we A went mad there.

Tyson drew himself back to the book. He skipped a page and read at random:

A French nurse, Marie Broi, attempted to stop the Americans from killing the wounded enemy soldiers, but she was struck with a rifle.

everyone was overwrought; nearly hysterical might be a better term.

Suddenly, with no forewarning, an American soldier fired a burst from his automatic rifle, and Dr. Dougal was hurled by the force of the rounds across the room. Spec/4 Y describes it as follows: "He [Dougall was thrashing around on the tile floor holding his stomach. His white smock was getting redder and his face was getting whiter."

The ward that had been in pandemonium a few seconds before was now very still except for the dying sounds made by Dr. Dougal. Pfc X remembers hearing whimpering and crying from the adjoining pediatric and maternity ward.

What happened next is somewhat unclear, but apparently, having murdered the first Caucasian, several members of Tyson's platoon decided it would be best to leave no witnesses. The doctors, nurses, and nuns were ordered into a small whitewashed operating room and-

"Jamaica Station!" cried the conductor. "Change here for trains to New York! Stay on for Brooklyn!"

Tyson closed the book and stood.

McConnick remained seated and said hesitantly, "Do you want to borrow-?"

Tyson crossed the platform to make his connection, wondering why this had happened on such a sunny day.

Tyson looked down from his office window and

One version of the

reflected, was an of

height from which the

2 captains of industry and

nine-to-five weekday battle against government, consumers, environmentalists, and one another. Having arrived here, Tyson discovered that he had no particular enthusiasm for the fight. But he had wisely not dwelt too long on this discovery. And besides, the world had changed for him somewhere between Hollis and Jamaica Station.

Miss Beale, his secretary, spoke. "Do you want to finish this letter?"

Tyson turned from the window and glanced at the seated woman. "You finish the letter."

Miss Beale stood, her steno pad held to her ample chest. "Are you feeling all right?"

Tyson looked Miss Beale in the eye. Miss Beale, like many secretaries, was alert to signs of weakness in her employer. A little weakness could be exploited. Too much weakness, however, foreshadowed visions of the unemployment line for both of them. Tyson replied, "Of course I'm not all right. Do I look all right?"

He said, "Cancel my lunch date and my afternoon appointments. "

"Are you leaving for the day?"

Tyson gazed around his office. He wondered what color offices were before the discovery of beige.

He opened his coat-closet door and looked at himself in the full-length mirror. He was just over six feet tall and he thought he carried it well.

Tyson brushed his gray pinstripe suit, straightened his tie and vest, and finger-combed his sandy hair. There were few corporate images he did not fit, few armies in the world where he would not be described as every inch an officer and a gentleman.

Tall people were more successful, so said the studies done on the subject of success in business. Yet the president of his corporation was five feet, two inches. In fact, most of the principal executives in the company and the parent company were under five feet six. And with good reason, he thought: They were all Japanese.

Tyson closed the closet and walked to his desk. He sat and sipped absently on a cup of cold coffee, then his eyes drifted to a piece of company stationery: Peregrine-Osaka. When Peregrine Electronic Aviation had been acquired by Osaka, Tyson had not been happy, and his spirits had not improved in the two years since the takeover.

He was no racist, he told himself, and yet looking down on Mr. Kimura when they conversed was awkward, and being addressed as Ty-sun was somehow grating.

The Japanese were subtle, and their presence was delicate and gentle. Yet in some indefinable way they ruled with an

iron- hand. Tyson, unasked, had removed his war mementos from his walls: his Army commission, citations, and photographs--objets de guerre that had had some cachet with Defense Department customers, that had been looked on favorably by Peregrine's former owner and founder, Charlie Stutzman, but which now did not fit the new regime's psychological decor. Also making its way home in his briefcase was a photograph of his father in his Navy flier's uniform. His father's Grumman Heilcat could be seen in the background on the deck of the carrier Lexington, three rising suns painted on the fuselage. Three dead Japs.

Mr. Kimura had studied the photo intently one day but had no comment.

Tyson waited one face-saving week before removing it.

Tyson stood, picked up his slim attach6 case, and exited his office. He passed Miss Beale's desk, aware of her keen gaze.

Central Station. On a

Hotel Midnight by Simon Clark
In the House of the Interpreter by Ngugi wa'Thiong'o
Cabin Fever by Elle Casey
In Serena's Web by Kay Hooper
The Devil's Moon by Peter Guttridge
Nice Place for a Murder by Bloom, Bruce Jay
Doctor's Orders by Daniella Divine
The Isles of Elysium (Purge of Babylon, Book 6) by Sam Sisavath
Romance of the Three Kingdoms II by Kuan-Chung, Lo
Death and Mr. Pickwick by Stephen Jarvis
Our partner