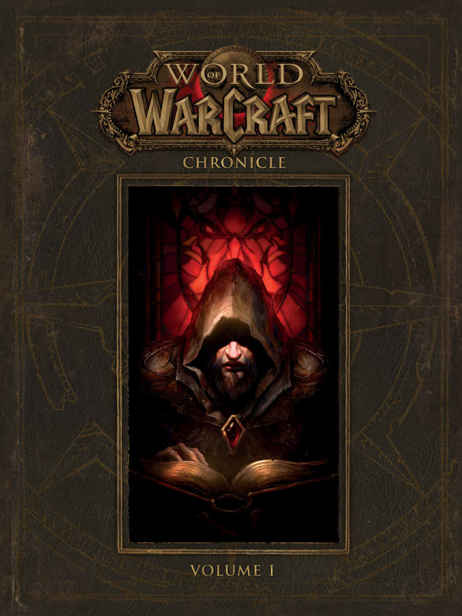 I
t’s been amazing to watch the Warcraft universe grow and take shape over the past twenty years or so. What started out as a relatively simple game setting has become a lasting, vibrant world in its own right, one that is visited daily by millions of players from all around the globe.

The world of Azeroth has been shaped by hundreds of craftsmen, designers, artists, and writers since its earliest inception. It is the product of many talented hands and many passionate voices, all bent toward creating a world so rich in detail, theme, and characterization that …
well
… you’d want to pull on your +6 Boots of Butt-Kicking and give your all to defend it.

At the core of it all lies a real sense of …
history
. The overarching story of Warcraft is a vast, intertwining patchwork of myths, legends, and world-shaking events that ultimately contextualize the players’ heroic efforts in the ever-expanding world they share.

Twenty years of storytelling. Tens of thousands of moments, characters, races, and monsters, all forming dense strata of concepts and ideas over time. This book—this
chronicle
—is meant to bring it all together and reinforce the overarching narrative that lies at Warcraft’s heart. Writing this was an opportunity to unite the frayed story ends and smooth out the rough edges of this fictional history.

Ultimately, this grand (and super nerdy) editorial undertaking gives us an amazing perspective on Warcraft’s recurring themes and conflicts:

How earnest, well-intentioned heroes can often succumb to temptations of power …

These are just a few of the motifs that form the common thread of Azeroth’s great history, expressed across disparate cultures, factions, and individuals over mythic spans of time.
Cycles within cycles
…

It’s from this top-down view that we can more clearly see the dangerous yet glorious horizons ahead. And even in the face of all this …
history
… I’m fairly certain that the adventure is only just beginning!

I
first encountered the world of Azeroth in the year 2000. Blizzard Entertainment was looking for an author to turn the story line of its
Warcraft Adventures: Lord of the Clans
into a novel. I had six weeks to write a book set in a world with which I was completely unfamiliar. Thanks to the unfailing support and enthusiasm of Chris Metzen (who was always reachable to answer such burning questions as “What color is orc blood?”), those six weeks laid the groundwork for a business relationship that remains one of constant joy, adventure, sheer fun, and magic.

So in love with Azeroth was I after writing
Lord of the Clans
that I learned to play my first video game—
World of Warcraft
—mainly so I could spend more time there. And soon, we’re all going to get to visit Azeroth in another medium entirely—the realm of movies.

In the meantime, I, like every other reader of this book, intend to sit down and curl up with this exhaustive and beautiful history of a vividly imagined world that still manages to draw me in, even though I’ve played
WoW
almost since its launch and written eight novels set within Azeroth’s borders. (Okay, mostly … I went to Draenor for one of them.) There’s always something to learn, a new character to meet, and a new story to tell. It’s like catching up with an old friend.

May you feel the same.

W
hen I was first asked to pen tales for Warcraft, the game was already something of a phenomenon, but I don’t think even those at the top of the Blizzard hierarchy expected the worldwide sensation they would create just a couple of years later.

I’d been fortunate enough to be there early on in the rise of Dragonlance—
The Legend of Huma
was the first novel not written by Margaret Weis and Tracy Hickman—and I’d marveled at the legions of loyal fans at Gen Con and signings. I also had my own series,
The Dragonrealm
, with its share of dedicated followers. Yet nothing compared to what I experienced when my novel
Warcraft: Day of the Dragon
came out in 2001. The reaction was as immediate as it was huge. The appreciation of the readers came from every corner of the globe, a sign of just how dedicated the fan base for Warcraft had already become.

Over the past decade plus, I’ve only seen that dedication continue to swell. Azeroth is a world so rich and real that it’s no surprise that millions not only have enjoyed it but also have kept coming back. It’s been a pleasure to be part of this phenomenon and see my stories—and characters—added to Azeroth’s already very full history, a history that continues to grow.

A history that’s gonna need a volume 2 before long …

Wall Ball by Kevin Markey
The Ivory Swing by Janette Turner Hospital
Engaged in Embellishments: Tulle and Tulips, Book 5.5 by Nikki Duncan
More Deaths Than One by Pat Bertram
Sweet Poison by Ellen Hart
Careless by Cleo Peitsche
Kick Kennedy: The Charmed Life and Tragic Death of the Favorite Kennedy Daughter by Barbara Leaming
Torn (The McKerricks Book 1) by Harris, A.K.
My Heart's in the Highlands by Angeline Fortin
Revenge of the Tiki Men! by Tony Abbott
Our partner