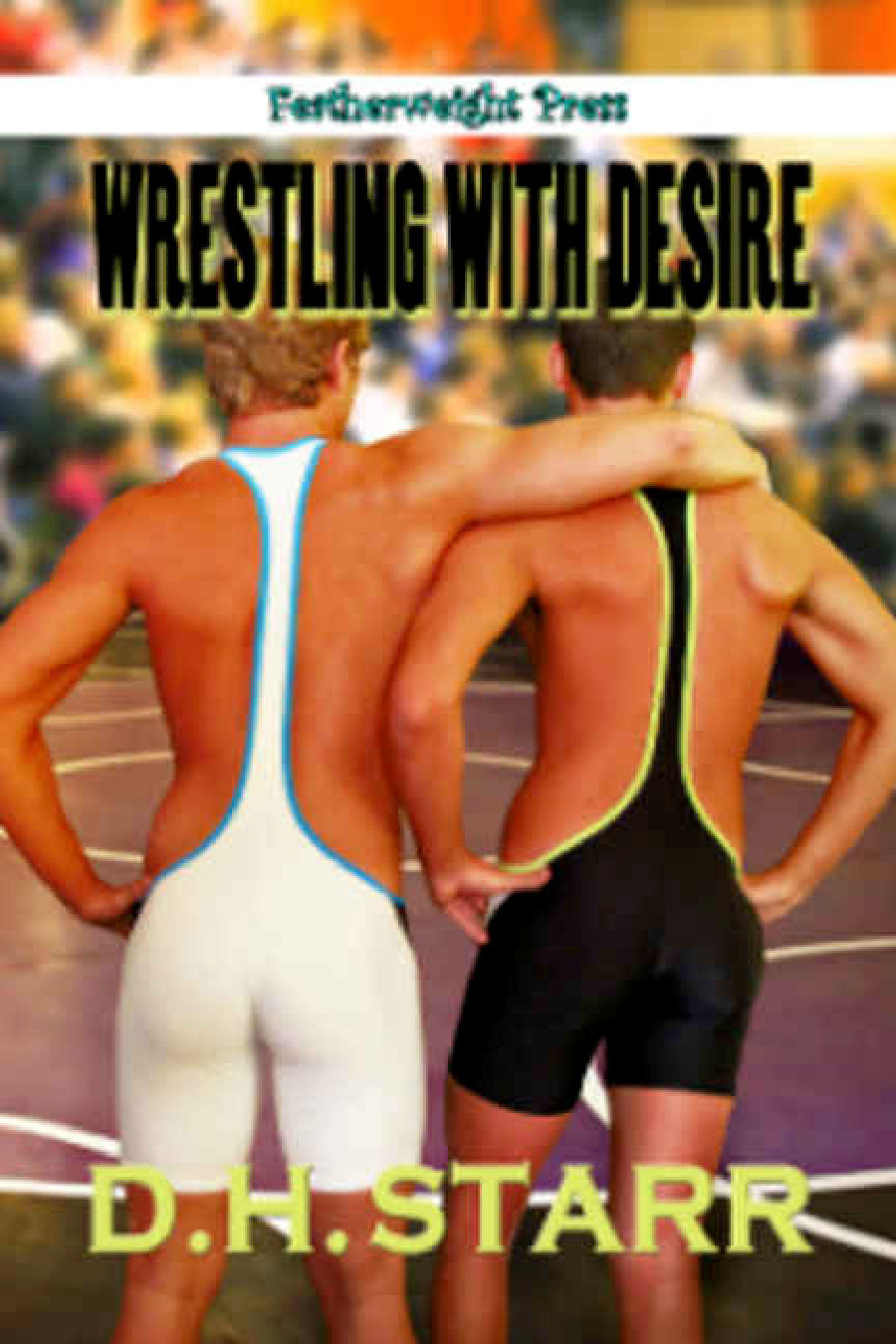 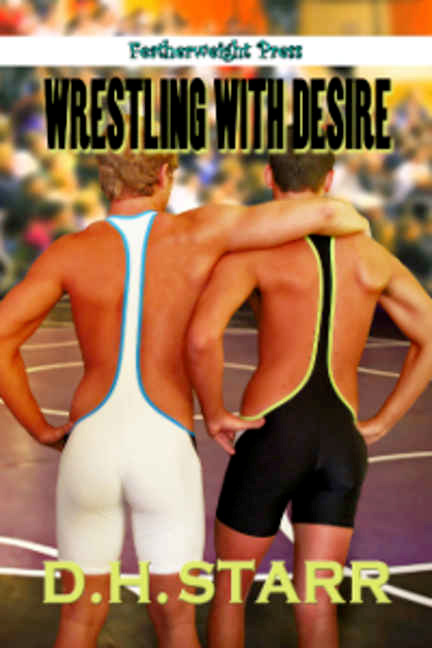 To my sister for believing in me.

To my sister for believing in me.

Derek Thompson pulled his Honda Civic into the parking lot reserved for seniors at Brampton High School.
Yeah, that's
right
, he thought.
I'm a senior.
Just that was enough to make this the first day of a very good year. He hopped out and ambled toward the main entrance where the jocks always hung out until the final bell, and where the guys on his wrestling team were screwing around, patting Josh Dibbling on the back like he was some kind of hero. Probably screwed another cheerleader or something.

Derek pasted on his fake smile and headed over. Like he wanted to hear about Dibbling screwing another
girl.
He was just about to join the group when he was stopped in his tracks by a loud shriek from behind him.

"Derek, you rotten bastard! Where the hell have you been for the past week? I swear, I ought to kick you straight in the nuts right here and now." Derek's mouth pulled up at both sides into a wide, sincere grin as he faced his best friend Rebecca Stoltz. Rebecca was short with brown hair styled in a bob and a body as robust as her personality. As part of the drama club, she tended to bring her flare for drawing attention with her wherever she went.

I owe you Beck.
Derek sighed, having been saved from the torture of listening to Josh's bragging. He simply gave the guys a knowing shrug and turned to walk over to Beck. "Hon, 7

um, did you forget that you were in California for the past week? I called you every other day but you didn't call me back. Shouldn't I be threatening to kick you in the nuts right now?"

Rebecca dismissed Derek's explanation with a wave of her hand and began monologuing about the classes they would be sharing, the teachers they were fated to suffer, and worst of all, the fact that her arch nemesis, Malinda Bines, had called her the previous night telling her about the audition piece that she had been rehearsing for the winter musical. "I know that bitch doesn't think she is going to ruin my senior year by stealing the best roles." Allowing Beck to grab him by his arm, he was half dragged into the school where kids were greeting each other excitedly.

When they got to their lockers, they shoved their stuff in, only taking enough time to grab what they needed for first period English. If they didn't get to class early, they ran the risk of sitting in the front. For the past three years, they had always secured seats together in the back of the class so they could keep out of the eye-line of the teacher and more importantly, had perfect vantage points for watching the rest of the students in the class. After the first bell rang, students started to filter into the room. By the time the second bell rang, most of the seats were taken, except for a few in the back row. The seats on either side of them were empty, which suited Derek just fine.

Once seated, Beck took a moment to look at Derek. He was wearing a new pair of blue Levi 501's, a form-fitting white t-shirt, and squeaky clean new white Adidas sneakers.

Beck shook her head. "Stand up for me." Derek simply stared at her. "Stand up and turn around."

"Uh, why?" Derek hated drawing attention to himself and did everything he could to fade into the background. He had lots of friends and was popular, but he preferred being the good guy who everyone could talk to.

"Just do it." Beck's voice was dripping with annoyance.

With a glare pasted on his face, Derek obeyed, stood, turned once, and then sat down as quickly as he could. The few kids that had turned to watch him had already returned to the conversations they were having. "Ok. Satisfied? Now you want to tell me what that was all about?"

Beck shook her head and sighed. "You have such a great body; I don't know why you have to hide it by making yourself so generic." She ruffled his neatly cropped brown hair. "Like this. It's perfectly boring. Standard cookie cutter hair. And your clothes. You're wearing the standard first-day-of-school outfit that all American boys are probably wearing today. At least the jeans and shirt fit your body well. Your ass is still a huge attraction and you show it off beautifully in those jeans."

Derek felt his cheeks warm and was sure that he was beginning to blush. Although he worked hard to blend in, he did love his butt. It was the perfect bubble butt. Nicely toned mounds of muscle pushed his jeans out in perfect proportion to his tapered waist and broad shoulders. "Alright, enough!"

Beck shook her head, and then moved on to a new subject. She leaned in close to Derek so only he could hear 9

her. "So, dish, did you find any hot man meat to play with this summer? I have to know."

"Beck, you know that I didn't. I spent practically every day with you this summer and you travelling with your parents for the past week hardly gave me enough time to..."

"Oh. My. God." Rebecca's mouth dropped open and she grabbed Derek's wrist, digging her nails into the soft under-skin. "I can
not
believe that she is in this class. It's bad enough that I have to deal with Malinda during drama, but to have to suffer that primping little tart's face in class is too much for me to..."

Derek sighed with relief. He knew it would only be a matter of time before Beck became the center of her own universe once again. He nodded and made the appropriate sounds of listening, but his attention had suddenly been diverted to a student who he had never seen before. Derek's pulse quickened as he tried to stare at the newcomer without being noticed. He had unkempt blonde hair which made him look sexy and defiant. His legs were covered by bulky cargo pants, but his upper body caused Derek to gasp. He was wearing a worn, long-sleeved, white cotton shirt with a faded picture of the Tasmanian Devil on the front. It fit him tightly around his chest and Derek immediately noticed the outline of firm pecs and just a hint of nipple pushing at the fabric. The rest of the shirt fell along his body, creating folds which suggested a long, trim frame, but leaving to imagination whether his abdomen was smooth or cut. Derek wished that he had x-ray vision to get a glimpse of the hidden legs and butt, but he could tell that the guy had long legs.

Derek took in a deep breath and remembered to nod and make a sound of affirmation at whatever Rebecca was saying, then continued his surveillance. He noticed that the boy's shoulders were square and that he stood with confidence.

Slender muscles rose from the neck of his shirt leading to a sharp jaw line. His lips were pink and his bottom lip was plump and extremely kissable. And his eyes. They were ocean blue. Not the kind of ocean blue like you see along most of the eastern or western coast, but more of a bluish-green like what you would see in the Caribbean.

He walked over to the teacher, Mr. Carlton, and handed him his slip, indicating that he was a new student and was assigned to this class. The teacher nodded and then introduced him to the class.

"Class, first of all, I would like to welcome you to Senior English. We will, I am sure, be having many wonderful discussions about topics of great interest to you. Please know that I am trusting that you can handle the many themes that we will be discussing this year, which are of particular interest and pertinence to your age group, with maturity. I would also like to introduce you to a new student here at Brampton." Mr.

Carlton looked at the slip again and then continued. "Scott Thayer is joining the senior class having moved here from Monroe, Iowa. I am sure you will all make him feel welcome and at home. Is there anyone who would be willing to help Scott through his first day at Brampton? I am sure he will need directions to classes and someone to have lunch with today." Scott looked towards his feet at this request and Derek was sure he could see his cheeks flush slightly.
What
11

the heck was wrong with Mr. Carlton anyways? Didn't he
realize that being a new senior was bad enough without
singling him out on his first day?

From where he was sitting, Derek could tell that most of the girls in the class were staring bug-eyed at Scott and, most likely, longing to be his appointed buddy but terrified of the rumor mill should they actually volunteer. Most of the boys seemed oblivious or uninterested in the new arrival, likely more interested in what was being served for lunch. It didn't hurt that the only empty seats were in the back row either. Derek raised his hand, "Uh, Mr. Carlton, there are some empty seats back here."

"You can take a seat with Derek and welcome to Brampton."

Scott looked up and glanced at Derek. As he worked his way to the back of the room, he maintained eye contact and Derek swore that those sea-blue eyes were saying
thanks for
getting me out of this embarrassing situation
. Through his peripheral vision, he could see Rebecca staring at him with a huge grin on her face. Quietly, so that only he could hear, she said, "Careful baby, you might fall in love." He reached into his pocket and took out his cell. Deftly selecting Beck's name from his call list he texted four simple words in response.

Shut the fuck up
.

Scott took his seat next to Derek. "Thanks man. I swear, being the new kid sucks".