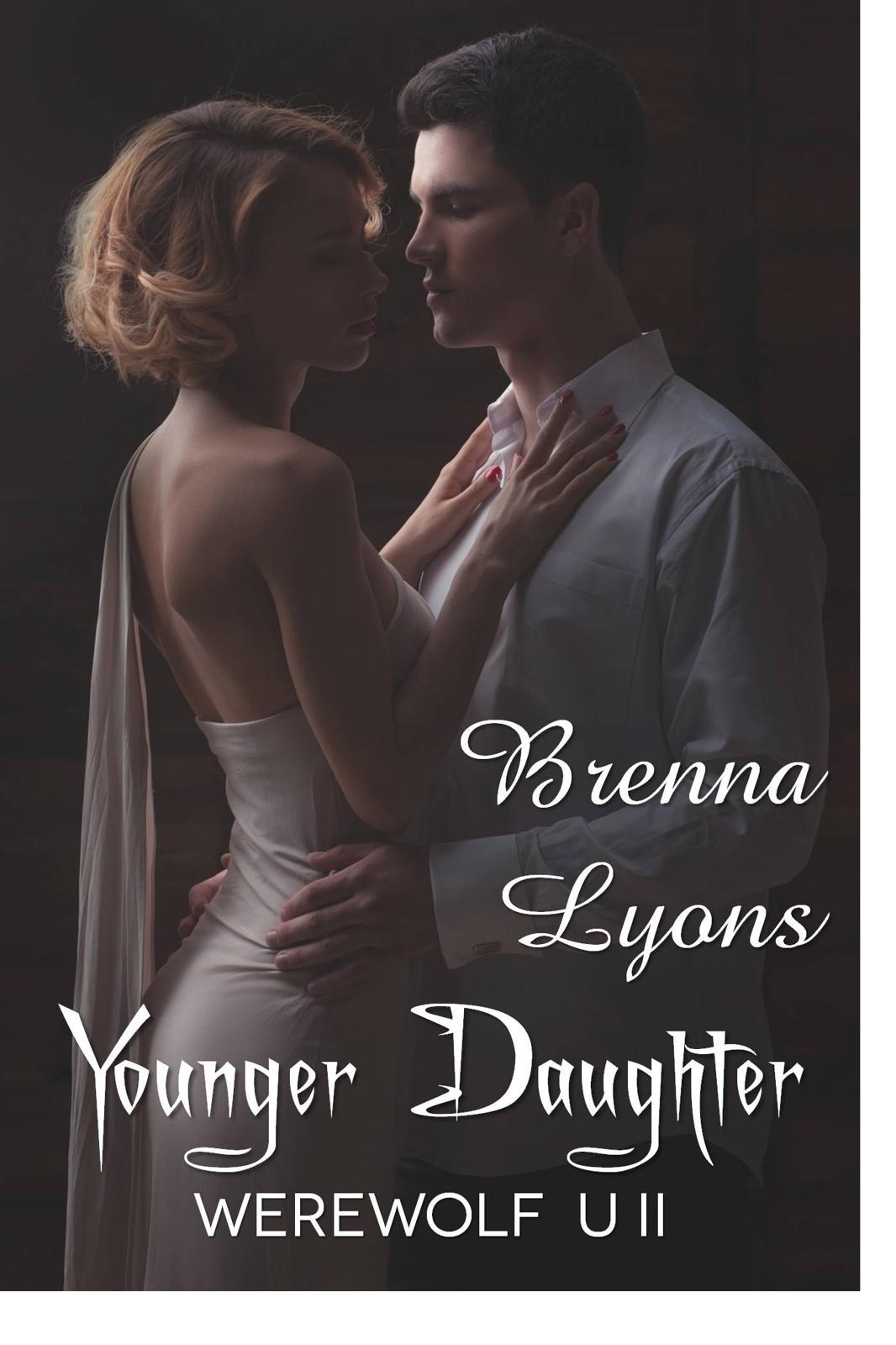 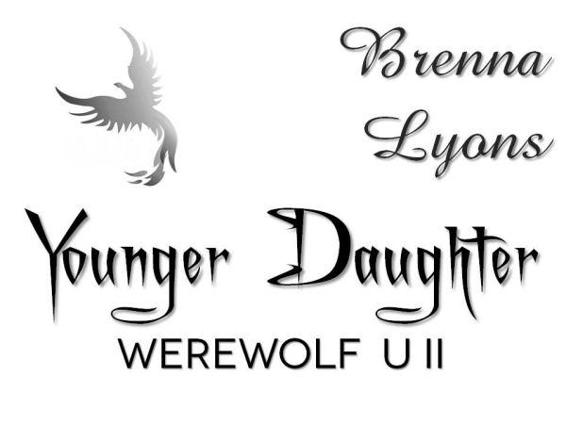 Aurora is a wolf princess who has never fit the Alpha female mold. Unlike her older sister Talia, Aurora likes getting her hands, feet, and any other part of her body dirty. She would rather wear Daisy Dukes than designer gowns. She keeps her hair cut short instead of long, the way most alphas do. Moreover, she doesn't like alpha men...alphas who aren't related to her in general. When she meets Nolan, Aurora finds focus...and maybe more, but will her family approve of her taking a mate who isn't an alpha?

ALL RIGHTS RESERVED UNDER INTERNATIONAL AND PAN-AMERICAN COPYRIGHT CONVENTIONS:
Payment for this title grants the purchaser the right to download and read this file on any/all personal electronic devices personally owned by the purchaser, now or in the future, and to maintain backup copies of the file for the purchaser's personal use. No part of this book may be reproduced or transmitted in any form or by any means, electronic or mechanical, including photocopying, recording, or electronic storage and retrieval, without permission in writing from the publisher.

The unauthorized reproduction or distribution of this copyrighted work is illegal. File sharing, with or without payment, is an international crime, prosecuted by the United States DoJ, Division of Cyber Crimes, in partnership with Interpol. Criminal copyright infringement, including infringement without monetary gain, is punishable by seizure of computers, up to five years in federal prison, and a fine of $250,000 per offense.

Please remember that authors are paid per legal purchase. We thank you for your support of author’s rights and their earnings. If you spot illegal cut-rate or free copies of this work being passed on peer-to-peer or other pirate sites, even those masquerading as legitimate retailers, please let us know at [email protected] or via the author’s personal email.

All characters and events in this book are fictitious. Any resemblance to actual persons, living or dead, is strictly coincidental.

This book is written in US English. 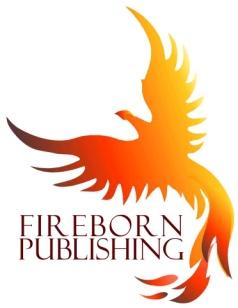 She smiled, though his apology confused her. "Whatever for?"

"That the Alpha level rooms are not available to you."

"I'm sure my rooms will be sufficient." They would. No school would want to be found lacking when it came to caring for an alpha, especially when she was the daughter of the current ruling mates. "It is hardly your fault my sister and I were born less than three years apart." Talia would graduate that year, and the Alpha level rooms would be Aurora's the following year.

If only her sister would commit to her mates, they wouldn't be having this issue. They would surely produce young and decide to move to more spacious quarters at the Alpha house across campus.
Grandfather Sebastian's home, though he isn't in residence right now.

Talia was not so obliging. She'd met her mates. She liked them. Talia had even slept with them and made it clear she would commit to them...in her own due time. Since the pair were four years older than Talia was, her older sister wasn't subjected to their constant presence as many Alphas were, so she felt little pressure to complicate her life with a mate and young while she was in school.

"Still, I humbly apologize that you were given a lesser room."

She didn't bother to assure him it was acceptable again. As the head porter, he would see this as a personal failure, no matter what she said.

The room he showed her to was far out in the female wing, a lovely suite of rooms that overlooked the gardens on one side and the forest on the other. It took a moment for Aurora to realize he was waiting in the doorway, red-faced and discomfited.

Aurora offered him a broad smile. "It's wonderful. Perfect. Right above the sunflowers. They are my favorite, you know."

His smile was slow coming. "I didn't, but I am glad it is to your liking." He waved the porters in with her belongings. "Marietta said she will arrive from the main house with her belongings in an hour. Is there anything I can do for you until then?"

"No thank you. I believe I'll take a walk in the gardens until then."

"As you wish, Lady Aurora. Call if you need anything." With that, he was gone.

Aurora took a calming breath and made her way downstairs. At the edge of the gardens, she stripped off her shoes to walk barefoot between the rows of flowering plants and bushes.

She turned her face up to the sunlight, closing her eyes. This was what she enjoyed best. Like her older sister, Aurora had been raised with designer dresses and tours of the world. Unlike her sister, Aurora preferred running barefoot on her parents' wildlife preserve in North America.

I'm going for a walk in the gardens tonight.
She smiled.
In my cutoff jean shorts. The ones Marietta hates. The Daisy Dukes.

Nolan wandered from plant to plant, making a survey of the gardens behind Regina Hall. It was a rare privilege to be the one named to maintain these gardens. Only the highest scoring student, with the best teacher recommendations, was given duty here.

If he did well, this post would make his career. If he did poorly, he would be replaced faster than he could cry out in despair.

He was so engrossed in the topic, Nolan nearly tripped over someone laying between the bed of sunflowers and the one of hollyhocks. He jumped back, as she vaulted to her feet with a gasp.

"Sorry." Her apology overlapped with his.

Nolan took a moment to appreciate the view. Whoever she was, she was exceptional. From her tight v-neck sweater to the cutoff denim shorts that barely covered the essentials, from her long bare legs to that enticing scent, the young woman was enough to make any male wolf hard.

Her dark blonde hair was clipped in short waves around her face, and her eyes were a stunning golden-green.

As if she was discomfited by his examination, she crossed her arms over her chest.

Not quickly enough to disguise that her nipples are hard. And she's not wearing a bra.

"I'm sorry," he repeated. "I'll finish my survey and leave you alone."

"I...I should go anyway." She started to back away.

"I won't tell on you." For some reason, it was important that she know that. She could get in a lot of trouble for using the Regina gardens, if she wasn't a resident of the dorm.

Her clothing says she's not.

She stopped and stared at him, seemingly shocked.

"You like the gardens. Don't you?" Even as he asked it, Nolan questioned what difference that could possibly make.

"Love them." A stiff smile pulled up at the edges of her lips.

There was something endearing about her wistful look at the sunflowers. "I will be maintaining these gardens. If you would like to...tag along in the evenings and learn about them, I would be glad to teach you." He didn't question why he would make such an offer. She was enchanting, and anything was worth more time in her presence.

Anything but screwing up my internship.
"But you cannot work with the plants without my permission. You see, it's my responsibility to—"

"I'd like that. Thank you." She smiled widely, offered a wave of her fingers, then loped away. "Tomorrow evening," she shouted back.

Nolan wasn't certain she heard him, until her reply of "See you then." reached him from the far reaches of the gardens.

He stood there, a sappy smile pasted on his face. She'd agreed to meet with him again.

Nolan sighed. "Time to finish this survey." Still, he took a moment to look the way she'd disappeared one last time.

He was interested. There was no denying that. If his cock was any indication—
it usually is with guys
—he was more than simply interested in her. He was intent.

But he thinks I'm lower ranked than I am.
Aurora slowed, biting her lip, considering that problem.

It's not that much of a problem. Maybe it's better that he doesn't know who I am.
After all, she'd never met an alpha outside her own family that she got along well with. Maybe accepting a lower-ranked mate was a good thing.

My family won't approve of this.
That was admittedly a problem, but what could she do about it?

Who says I have to do anything?
Aurora smiled. Which male or males to accept was ultimately the female's choice, though her family might voice opposition. It wasn't like she was in Talia's shoes. She wasn't expected to take the highest ranked twin males around.

I have a choice, and damned if I'm going to let anyone take it from me.

Especially not when that choice involved a delicious male like this one. His hair was as dark as her fathers', though his eyes were more dark gray than brown.

In fact, he looked more like her siblings than she did herself. Aurora looked like her paternal grandfather and—reportedly—like her maternal grandmother. Since Aurora had never met the latter and had no urge to do so, she'd long ago decided to take that on advisement from her family members who
had
met Florence.

Good riddance!
It was much more pleasant to think about the male she'd met that night.

Viator (The Viator Chronicles Book 1) by Ralston-Brooks, Jane
Gold Dust by Emily Krokosz
How to Heal a Broken Heart by Kels Barnholdt
Undead (9780545473460) by Mckay, Kirsty
The Queen of the Damned by Anne Rice
Falling From Disgrace by L Maretta
Fallen Mangrove (Jesse McDermitt Series Book 5) by Wayne Stinnett
Poker Face by Law, Adriana
Our Turn by Stewart, Kirstine;
The Immortals by James Gunn
Our partner