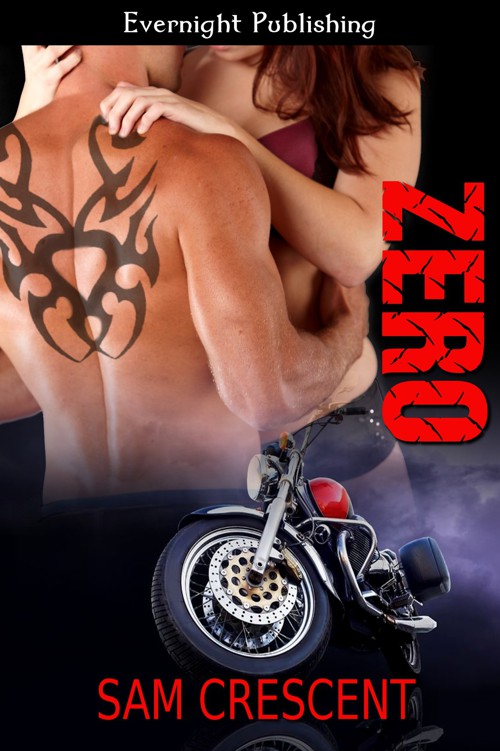 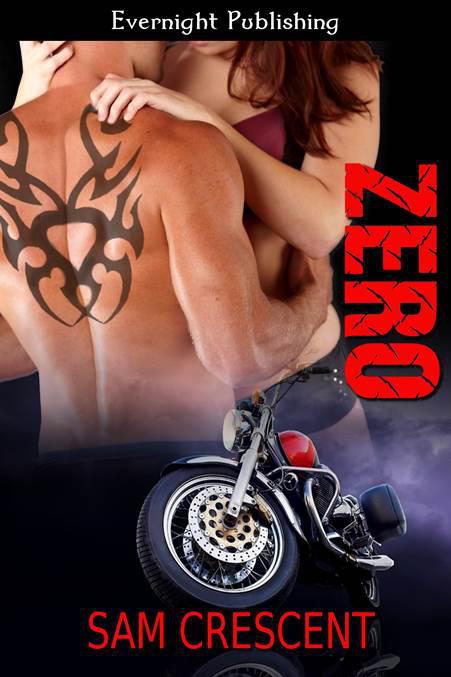 The Skulls mean a great deal to me and I want to thank Evernight and all the team who bring these books to life. Without you all
The Skulls
wouldn't have a home.

Thank you to my readers. Your support and kindness means the world to me.

Lucas Blakely flicked his cigarette onto the pavement before exhaling the last puff of smoke into the air. Life was good. Life was fucking good. Becoming part of The Skulls was the best decision he ever made. They were all a family, and even though he was a prospect, getting all the shitty jobs, he didn’t care at all. He’d rather be shoveling shit for the club than doing anything else with his life. Zero knew how bad life could be without the club, and he wasn’t going to do anything to turn it to shit. For the first time in his life he felt like he finally belonged. His parents didn’t give a shit about him, and neither did any of the family in his life. The only real family he had besides the club was Prudence and Trevor. Prudence, however, always went by the name Prue. He’d do anything for the brother and sister pair. Thinking about his two friends, he wondered what Trevor had gotten himself into. His friend wasn’t known for making good decisions, but Lucas wouldn’t worry. Trevor wouldn’t do anything stupid to put Prue in danger. The one thing Lucas could guarantee was Prue’s protection. He cared about her more than any other woman in his life. She deserved true happiness after everything she’d gone through.

Relaxing, Lucas stared up at the night sky feeling calm, relaxed, and alive. He wasn’t going to leave The Skulls. Getting his patch was going to be the best thing he ever achieved in his life. He dropped out of school at a young age without a single certificate to his name. Tiny made sure he achieved a mechanic’s certificate, giving him the excuse to work on cars in his free time. All of the men he met were qualified to work on the machines.

With The Skulls he could be himself without any worry. They accepted him for who he was rather than what they expected.

Feminine giggling caught his attention, and he saw Lash and Nash messing around. The two men already had their club names while he had to wait for his. They were also prospects and working to be patched in. Tiny was a fair leader and never showed favoritism even with the two brothers living with him. Running a hand over his face, Lucas threw the cigarette away and started back inside. His cell phone rang, and he pulled it out accepting the call.

Frowning, he looked around the grounds, not seeing anything suspicious.

They hadn’t seen each other in over two months. The last time they were together they had spent the weekend drunk off their faces. He recalled Prue cursing and cleaning up the mess they’d created.

Lucas heard the nerves in his friend’s voice. Feeling his gut clench, he glanced down at the time. It was past ten on a Friday. The club was roaring with life. Men were fucking and drinking, the action finally starting to get good.

“Where are you?” Lucas asked.

“I’m in a hotel outside of Fort Wills. The, erm, fuck, er, it’s called The Central Point, whatever the fuck that means. I need your help. Fuck, it hurts,” Trevor whimpered over the line. The panic was clear to Lucas.

“It doesn’t matter what it’s called. Just stay put. I know where you are. I’ll be there soon. Don’t go anywhere.”

He pocketed his phone, grabbed his bike, and drove out of the compound. Lucas tried to think about what was going on with his friend. What had Trevor gotten himself into? Lucas didn’t want to think about it, but he knew it was bad.

Lucas climbed off his bike seeing the name of the hotel was the same that Trevor said.

One of the doors in the corner opened, and Lucas paused as he saw his friend. Trevor was usually so full of life, running everywhere. No one could stop him or hold him down. Staring at his friend, Lucas saw him holding his stomach. Even in the dim lighting he spotted the blood and the paleness on his face.

Panicking, he ran to Trevor’s side.

“Fuck, what are you doing? You should be in the hospital.” He pulled his cell phone out ready to call for an ambulance.

Trevor stopped him. “No, no hospital. If I go then Prue doesn’t stand a chance.”

“What? What the fuck is going on?” They were on the ground outside of Trevor’s room. Tears filled Lucas’s eyes as he looked down at his friend. The fucker was dying in his arms, and Lucas couldn’t let that happen. They were best friends. He needed to save him. They had been together forever, and Lucas intended to get him patched in with The Skulls.

“I fucked up.” Trevor gasped, groaning.

“No! No hospital. I’m not going to the hospital. They’ll kill me, and then they’ll be after Prue. I can’t do that to her. She deserves so much better. Fuck!”

Lucas lifted up the shirt and gasped. There was no saving the man in his arms. No, he couldn’t let his best friend die. This shit was not happening.

“I thought I could handle it. The money was good. Fuck!” Trevor was wheezing, and there was a pause after each word.

The tears in Lucas’s eyes fell thick and fast. “Don’t die. Let me take you to the hospital.”

He listened to his friend knowing it was only a matter of minutes before Trevor died.

“He takes out all the loved ones. I need you to promise me you’ll keep Prue safe. She doesn’t know anything about this. I kept it from her because I’m a fucking idiot.” Trevor cried out. “Promise me.”

“I promise. I’ll do everything to keep her safe.”

Trevor smiled, and his whole body started to shake. “End this, man. I can’t handle it, please. With Prue take care of, I don’t need this shit. I fucked up.”

Lucas watched as Trevor reached into his pocket. “Take this. Read it when you get the chance.”

Taking the letter off his friend, Lucas couldn’t stop the tears falling thick and fast. His best friend had asked him to end his life. Why hadn’t he checked in sooner with Trevor? He should have known something had gone wrong. Closing his eyes, Lucas covered Trevor’s mouth, stopping the air. Though his friend fought, within minutes he was dead in his arms, the fight gone completely out of him.

Pocketing the letter, Lucas stared at the man in his arms. His best friend was dead, and the man responsible was Alan Lynch. He’d never heard of the man before. Wiping the tears from his face with the hand not covered in blood, he looked around him. Fuck, he didn’t know if there were any witnesses.

Dumping the body in the hotel room, he climbed on his bike and rode for Prue. He knew some guys who’d keep her protected. Trevor wouldn’t lie about her protection. She would need to disappear. Tears fell down his face, but he ignored them. There was no time to cry or think about his dead friend. Fuck, Trevor was dead.

The time passed quickly as he made his way toward Prue and Trevor’s house. When he saw the light on in her bedroom, he parked the bike. What was he supposed to do? Protect Prue, and then deal with everything else. A dead body left in a hotel room was going to get way too much attention.

You can do this.

Getting to the porch he found the key hidden in the plant pot. Many years he’d known the two and they still hid a spare key in the plant pot. Letting himself inside, he called out Prue’s name. Should he get The Skulls involved? They’d know what to do. The moment the thought occurred, he rejected it. He was a prospect, and he didn’t want to bring this kind of shit to them. Within minutes she appeared at the top of the stairs looking ruffled.

“Lucas, what the fuck?” she asked, rubbing at her eyes. She wasn’t wearing her glasses and was clearly struggling to see. Prue had been wearing glasses for as long as he could remember. “What are you doing here?”

“You’ve got to get dressed and pack your shit up. We need to move. I don’t know how long we’ve got before they come,” he said, going into the kitchen. Trevor hadn’t been particularly clear on how long he had to get her safe. Lucas didn’t want to waste unnecessary time.

“Leave, Lucas, what the fuck?” She repeated her words making her way down to him.

“He said he was fine. Shit. I knew I should have asked him more. He was always so quiet, and he wouldn’t bring anyone back to the house.” Prue ran fingers through her hair. She was nineteen years old. Their parents had died in a fatal shooting when she was fifteen. None of them lived near Fort Wills at the time, and it was only a year ago when Trevor had got this house for her to live in, finally moving them out of their parents’ old place. Trevor had taken responsibility for her, and Zero helped bring her up since she was fifteen. Neither of them would let her go into care.

“Who was he working for? He wouldn’t tell me, but I know he’d tell you.”

Should he tell her? What harm would it really do? Trevor had already put her in more danger.

She gasped, putting a hand to her mouth. “No, he wouldn’t. How the fuck could he do something like that?”