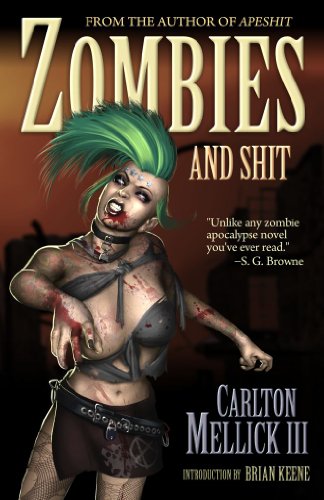 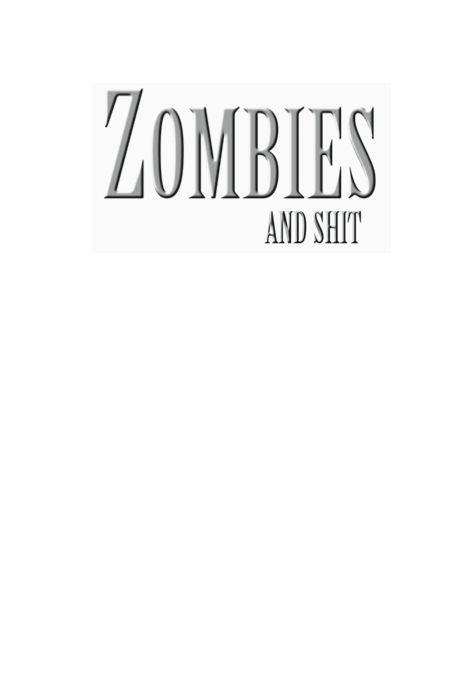 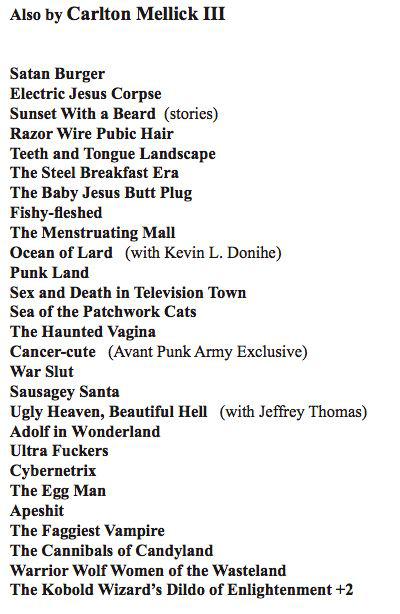 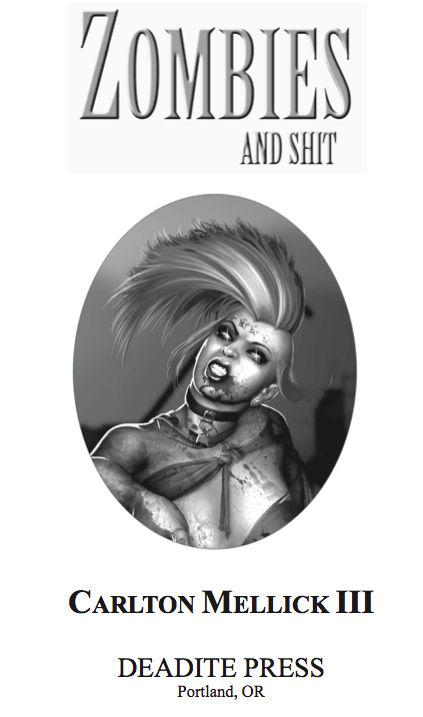 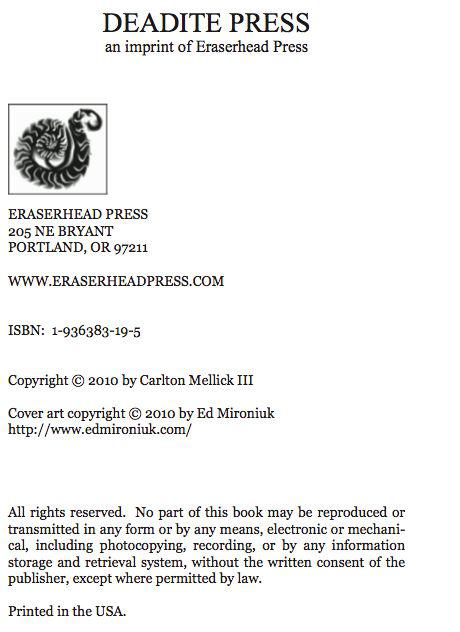 Every zombie fan has a plan for what they would do in order to survive the zombie apocalypse...you know, if it were to actually happen someday. My plan is to put my brain into a robot body. It doesn’t matter what it looks like, as long as it has tank treads for legs, laser cannons for arms, and can fly. Then I would be like a robotic superhero of the zombie apocalypse. I would carry around a battle axe and wear an american flag cape, fighting zombie hordes and rescuing survivors from malls and farm houses. It would be awesome. But I guess it would also be kind of lonely, because I’d be the only robot in the wasteland and who wants to be friends with a robot? Still, it’s kind of a cool idea...

I’ve been obsessed with zombie movies my entire life and I believe I might have one of the largest zombie movie collections in the world, it includes some movies that are so rare that the only other people who own copies of the movies are the people who made them.

My collection started back when I used to bootleg zombie movies for a living. When I was 21 and trying to make it as a writer, I was able to write full-time because I bootlegged zombie movies on the side. Then I started a company called Crappy Homemade Zombie movies, where I sold unreleased backyard zombie movies through bootleg distribution channels. It was a fun way to make a living. Most writers are happy to quit their day jobs once their writing careers take off, but once mine took off I was actually kind of sad to quit.

“Zombies and Shit” is my thank you letter to the zombie genre. If it weren’t for those zombie movies I probably wouldn’t have a writing career today. However, I have been hesitating to write a zombie book for quite a long time. So many zombie movies and zombie books come out these days that it seems unnecessary to unleash yet another zombie novel onto the reading public. But I wrote one anyway, for the fun of it.

It is pretty obvious that this book was inspired by the Return of the Living Dead movies (well, at least 1 and 3). It was also inspired (in small ways) by zombie video games like Resident Evil and Left 4 Dead, as well as zombie books by Brian Keene. But probably the biggest influence for this book is the book/movie/manga Battle Royale. I have always loved the “elimination match” plot line. It’s something I’ve always wanted to do.

This book is an elimination match story set in the zombie apocalypse, which is something I’ve always wanted to read. They say you should write what you want to read, so that’s what I’ve done. It was the most fun I’ve had writing a book in a long time. I hope you enjoy it.

As far as trends go, I think most of us can agree that zombies should pretty much be done. They’ve had their fifteen minutes in the pop-culture spotlight, and now the marketplace is saturated. The time has come for the dead to die off again, and come shambling back a decade from now, with new life and purpose, to eat the hell out of a new generation.

Except this isn’t happening.

And it used to be my fault.

But now the blame falls squarely on Carlton Mellick.

Let me explain. In case you’ve been living under a rock or in a coma for the last decade, most critics and media-watchers agree that the current uber-zombie craze in pop culture (books, movies, comic books, television, video games, board games, card games, role-playing games, trading cards, toys, clothing, food, tattoos, philosophy, music, college courses, etc.) is at least partially my fault.

A decade ago, the publication of my first novel,
The Rising
, coincided with the release of a movie called
28 Days Later
. Both
The Rising
and
28 Days Later
featured different kinds of zombies, which was okay with most people, since nobody else had done much with zombies for the decade leading up to the book and movie’s releases. Both were big hits.
City of the Dead
, my sequel to
The Rising
, followed soon after, and so did a lot of other books and movies and comics. And they haven’t gone away. Indeed, there seem to be more of them than ever. There are now publishing companies that publish nothing but zombie literature and authors who write about nothing but the living dead.

I had a chance to do the same. In truth, I could have probably made a very good living (i.e. a lot more money than what I make now) doing for zombies what Anne Rice and Laurell K. Hamilton did for vampires, and just written zombie novels, but doing so didn’t appeal to me. I didn’t want to be typecast. I didn’t want to become ‘The Zombie Guy’. Occasionally, I would write about zombies. I tried my hand at the traditional “Romero-style” undead (with
Dead Sea
) and returned to the world of
The Rising
with a collection of thirty-two original short stories that all took place in that world, called
The Rising: Selected Scenes From the End of the World
. After that, I decided I was really burned out on them. Upon reflection, though, I wasn’t so much burned out as I was written-out. I didn’t want to just repeat the same story over and over again (which is the risk any author or filmmaker runs when dealing with zombies—or any other genre trope). There are only so many things you can do with the dead, and I felt I’d done them all. Much of what I read and saw from my peers seemed to be treading the same old ground. Oh, don’t get me wrong. There were some good stories. Some great stories, in fact. But they weren’t anything new. We’d seen it all before.

Recently, after several years of refusing to write anything about zombies, I returned to sub-genre for three projects: a novella (
The Rising: Deliverance
), a novel (
Entombed
), and an ongoing comic book series (
The Last Zombie
). The only reason I agreed to do them was because I felt they were something different than what we’d all done before.
The Rising: Deliverance
is a prequel that focuses heavily on characters and not on zombies. In
Entombed
, the zombies appear only briefly (a handful of pages) before the story focuses on a group of survivors who are safe from the zombies but not each other.

And
The Last Zombie
takes place after the zombie apocalypse is over, and focuses on humanity’s efforts to rebuild.

Still, the majority of what is still being published is material that just re-treads and recycles the same old plotlines. And as a result, I predicted readers would soon grow bored, and then zombies would go away for a while until somebody younger and smarter came along and figured out a way to revitalize them. I figured this would take about ten years.

Fucking Carlton did it in the here and now.

It would be easy to dismiss
Zombies and Shit
as nothing more than a fun, entertaining, literary distraction. And if you want to look at it as just that and nothing more, there’s no harm in doing so, because the book is fun and it is entertaining. Hell, it’s fucking exhilarating—a tight, breakneck narrative and lots of awesome ultra-violence and quirky, distinct characters.

But it is the setting that really sets this book apart, and thus, not only elevates it above any other zombie novel currently on the market (including my own), but also instills that new blood and new idea I was talking about before. And the bitch is, the whole thing is so deceptively simple. Carlton simply changed the location. Gone is the familiar shopping mall or island or skyscraper or any of the other genre tropes. Instead, we have a dark, dystopic, post-apocalyptic future. Think
Mad Max
or
Battle Royale
… with zombies.

How fucking genius is that?

Throw in some wild futuristic technology, a bit of Carlton’s trademark social commentary (this time focusing on our society’s reality television addiction and Warhol’s fifteen minutes of fame), and a plot that literally leaves you guessing until the end, and you’ve got a hit. You’ve got a classic. You’ve got an addition to the zombie canon that, twenty years from now, will be just as influential on the next generation as Romero’s original trilogy and Skipp & Spector’s
Book of the Dead
anthologies were on our generation.

If you love zombies, you’ll love this book. But more importantly, if you’re sick of zombies—if you want them to go the fuck away now—then you will love this book. Why? Because it will remind you of what you loved about them in the first place, before they became overdone clichés that saturated the marketplace.

And in either case, you can blame Carlton Mellick.