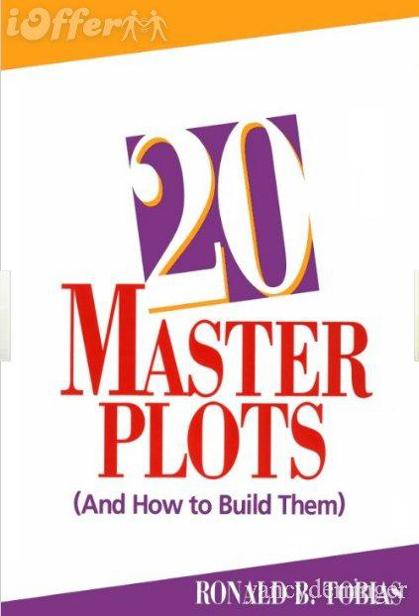 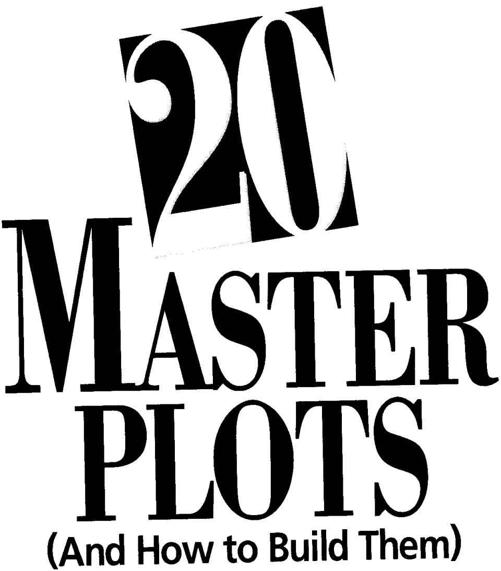 MASTER PLOTS #19 AND #20: ASCENSION AND DESCENSION 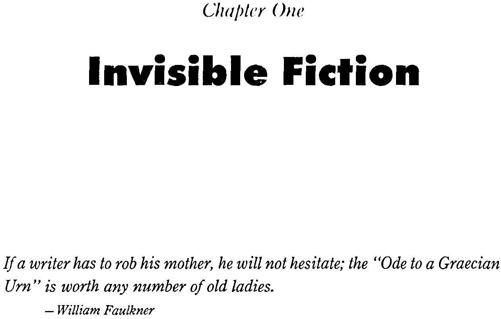 T
he shelves of libraries are stacked with the stories of centuries, but out in the street, the air swarms with newly made fiction. These living stories are so much a part of us that we hardly think about their role in our lives: They are rumor, gossip, jokes, excuses, anecdotes, huge outrageous lies and little white lies — all daily inventions of fiction that create the fabric of life.

Stories thrive at the company water cooler, in the lunchroom, at the hairdresser's, in taxis and taverns, in boardrooms and bedrooms. Years of schooling have conditioned us to think about fiction as something either on the page or on the screen, so we overlook the fact that our everyday lives are steeped in stories: full of energy, inventiveness and conviction.

An example of a fiction that was passed along by word of mouth around the English-speaking world is a modern legend known as "The Choking Doberman." Modern legends are stories that pass from person to person as if they were true. ("I swear, it happened to a friend of a friend of mine....") The story is both simple and simply told:

A woman returned to her house after a morning of shopping and found her pet Doberman pinscher choking and unable to breathe. She rushed her dog to the vet, where she left it for emergency treatment.

When the woman got home, her phone was ringing. It was the vet. "Get out of your house now!" he shouted.

"What's the matter?" she asked.

Frightened by the tone of his voice, the woman did as she was told and went to her neighbor's.

A few minutes later, four police cars screeched to a halt in front of her house. The police ran inside her house with their guns drawn. Horrified, the woman went outside to see what was happening.

The vet arrived and explained. When he looked inside her dog's throat, he found two human fingers! He figured the dog had surprised a burglar.

Sure enough, the police found a man in a deep state of shock hiding in the closet and clutching a bloody hand.

(For a complete account of the history of this modern legend and many others like it, see
The Vanishing Hitchhiker
or
The Choking Doberman
by Jan Harold Brunvand, W.W. Norton & Co.)

"The Choking Doberman" is an invisible fiction. The story was even reported as true by several newspapers. Yet no one has come forward with a shred of evidence that it ever really happened. Small details change from place to place (such as the number of fingers the dog bit off, the burglar's race, etc.), but the basic story remains the same. People who hear the tale generally accept the story as true (if not with a grain of salt). Few think of it as an outright piece of fiction, which is what it is.

The real value of this legend is that it evolved with constant retelling until it became
plot perfect,
the same process that perfected the fable, the fairy tale, the riddle, the rhyme and the proverb. The story went through thousands of oral rewrites until it could evolve no further.

"The Choking Doberman" is pure plot. The characters and details that describe place and time take a back seat. The story has three movements:

The first sets up the story by introducing both drama and mystery, when the woman comes home to find her Doberman choking. She takes her dog to the vet.

The second movement starts when the woman returns home and the phone is ringing. An element of danger is introduced when the vet, very agitated, tells her to get out of the house. We know intuitively that the danger is connected to the mystery of the choking Doberman. But how? We try to guess. The woman flees her house and the unknown danger.

The third movement begins with the arrival of the police, who confirm the magnitude of the danger, and the arrival of the vet, who explains the mystery. The police prove the theory of the dismembered burglar when they capture him.

Now, no one sat around concocting this tale. "Let's see, I need a good hook
(the choking Doberman),
followed by a startling complication (
the phone call),
and a scary climax (
the bleeding intruder)."
The plot evolved according to our expectations of what a story should be. It has the three movements (beginning, middle and end), a protagonist (the woman), an antagonist (the burglar), and plenty of tension and conflict. What happens in "The Choking Doberman" is not that different from what happens in the novels of Agatha Christie or P.D. James. It's only a matter of degree.

Before we begin exploring the nature of plot, I want to make the point that plot isn't an accessory that conveniently organizes your material according to some ritualistic magic. You don't just plug in a plot like a household appliance and expect it to do its job. Plot is organic. It takes hold of the writer and the work from the beginning. Remove the plot from "The Choking Doberman," and there's nothing meaningful left. As readers we're plot-directed. Some writers have tried to write plotless novels (with some limited success), but we're so in love with a good plot that after a few short spasms of rebellion
(angry writer:
"Why must plot be the most important element?") we return to the traditional method of telling stories. I can't say plot is the center of the writer's universe, but it is one of two strong forces—character being the other—that affects everything else in turn.

We've all heard the standard instructional line:
Plot is structure.
Without structure you have nothing. We've been taught to fear plot, because it looms so large over us and so much seems to hinge on it. We've been told a thousand times there are only so many plots and they've all been used and there isn't a story left in the world that hasn't already been told. It's a miracle that any writer escapes being intimidated by the past.

No doubt you've also heard plot described in architectural or mechanical terms. Plot is the skeleton, the scaffold, the superstructure, the chassis, the frame and a dozen other terms. Since we've seen so many buildings under construction, and since we've seen so many biological models of humans and animals over the years, the metaphors are easy to identify with. It seems to make sense, after all. A story should have a plan that helps the writer make the best choices in the process of creating fiction, right?

Let's take the metaphor of the skeleton, since it's one of the more common ones writing instructors use. Plot is a skeleton that holds together your story. All your details hang on the bones of the plot. You can even debone a plot by reducing it to a description of the story. We read these summaries all the time in reviews and critical analyses of fiction. Screenwriters must be able to pitch their plot in about two minutes if they have any hope of selling it. It's the simplistic answer to the simplistic question, "What's your story about?"

Strong metaphors are tough to shake. The visual image of the skeleton is so graphic that we surrender to it. Yes, take out the skeleton and everything falls apart. It seems to make great sense.

The problem with the skeleton metaphor for plot (and all the other architectural and mechanical models) is that it misrepresents what plot is and how it works. Plot isn't a wire hanger that you hang the clothes of a story on.
Plot is diffusive
; it permeates all the atoms of fiction. It can't be deboned. It isn't a series of I-beams that keeps everything from collapsing. It is a force that saturates every page, paragraph and word. Perhaps a better metaphor for plot would be electromagnetism—the force that draws the atoms of the story together. It correlates images, events and people.