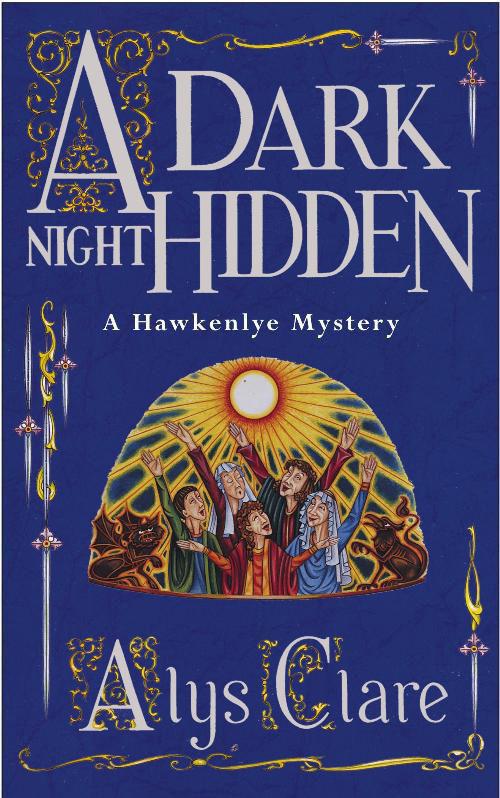 Also by Alys Clare
Fortune Like the Moon
Ashes of the Elements
The Tavern in the Morning
The Chatter of the Maidens
The Faithful Dead
Copyright © 2003 by Alys Clare
First published in Great Britain in 2003 by Hodder and Stoughton
An Hachette UK company
The right of Alys Clare to be identified as the Author of the Work has been asserted by her in accordance with the Copyright, Designs and Patents Act 1988.
All rights reserved.
No part of this publication may be reproduced, stored in a retrieval system, or transmitted, in any form or by any means without the prior written permission of the publisher, nor be otherwise, circulated in any form of binding or cover other than that in which it is published and without a similar condition being imposed on the subsequent purchaser.
All characters in this publication are fictitious and any resemblance to real persons, living or dead, is purely coincidental.
A CIP catalogue record for this title is available from the British Library
Epub ISBN 978 1 444 71668 9
Book ISBN 978 0 340 79332 9
Hodder & Stoughton Ltd
An Hachette UK Company
338 Euston Road
London
NW1 3BH
www.hodder.co.uk
For Joey, my mother,
and in memory of her mother Mabel
and all the wise women
CONTENTS
A Dark Night Hidden
Also by Alys Clare
Copyright
Dedication
Part One: Lewes and Hawkenlye Abbey
Chapter 1
Chapter 2
Chapter 3
Chapter 4
Chapter 5
Chapter 6
Chapter 7
Chapter 8
Chapter 9
Chapter 10
Part Two: The Great Forest
Chapter 11
Chapter 12
Chapter 13
Chapter 14
Part Three: Hawkenlye Abbey
Chapter 15
Chapter 16
Chapter 17
Chapter 18
Chapter 19
Chapter 20
Postscript
About the Author

If a maid lacks a lover,

She lacks also all joys;

She keeps in her heart