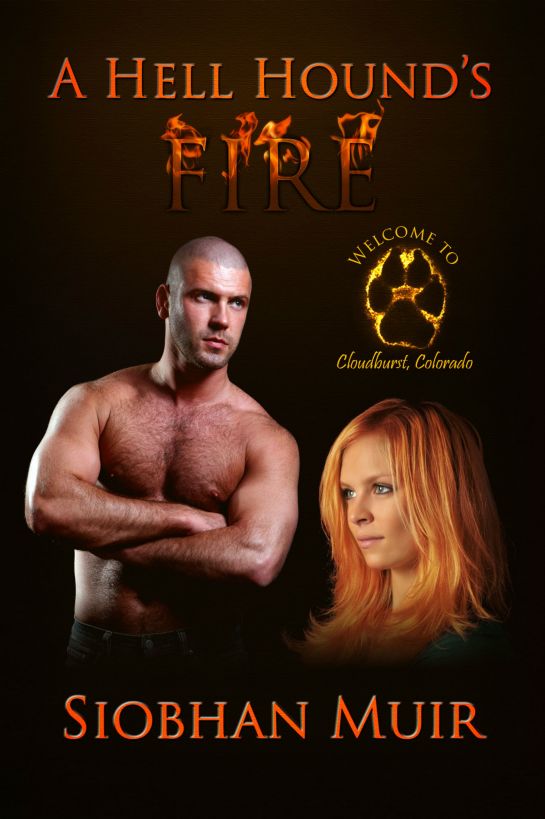 Why is this book free? Simple. Not many like to buy a
book from an author they don’t know. Why take the chance it won’t
be good when money is tight? So here’s your opportunity to try my
writing. And if you already know my writing, you get a little more
to enjoy in gratitude for taking that chance.

Thanks to Cara Michaels for reading over this story,
twice, looking for typos and inconsistencies. Thanks to Lanya Ross
for reading the longer version of this tale to check for logic.
It’s good to have a scientist peer review your work. Thanks also to
Natascha Jaffa from
SPJ Editing
for catching my
repeated words and last little punctuation issues. I still can't
get that darn em-dash.

Thank you for downloading this free ebook. Although
this is a free book, it remains the

copyrighted property of the author, and may not be
reproduced, copied and distributed for

commercial or non-commercial purposes. If you enjoyed
this book, please encourage

your friends to download their own copy at
Smashwords.com, where they can also

discover other works by this author. Thank you for
your support.

This is a work of fiction. Names,
characters, places, and incidents are the product of the author's
imagination or are used fictitiously. Any resemblance to actual
events, locales, or persons, living or dead, is purely
coincidental.

Alex MacLaren dreaded the coming night as
much as the storm rolling in from the west. Eight long years hadn’t
dimmed the pain of Lisa’s disappearance, but he continued to honor
her memory. Rain, wind, and cold threatened, the gray sky matching
his lingering sorrow.

Dammit
. Lisa had left him, running
into the darkness of another storm to pass away on her own terms.
He’d wanted to be with her, hold her, comfort her in her final
hours, but she’d insisted on doing it her way.

All he had left of her was this simple
marker he’d erected at the point of the island in the river she’d
loved. He smoothed his hand over the cold stone and whispered a
prayer to Lisa’s continued peace. Or his own, he wasn’t sure
which.

The 1812 Overture interrupted his solemn
thoughts and he swore softly before digging into his jacket pocket
for his phone. Only one person had that ringtone and Alex never
failed to answer.

“What can I do for the Cloudburst PD,
Lieutenant Fitzroy?”

“I need a favor, MacLaren. Can you come down
to the station?”

Alex hung up and trotted into the house he’d
built with Lisa, trying to take comfort in the warm, ruddy glow
coming from the large windows. The light gilded the ground and
trees around the house, but it didn’t bring the solace he sought.
Not bothering to turn off the lights, he locked up and headed for
his Jeep.

If Fitzroy called, there had to be something
interesting going on, and Alex sorely needed a distraction from
this painful anniversary.

A woman’s lilting voice caressed Alex’s ears
and drew him deeper into the police station. He glanced around the
squad room, searching for the source of the sweetness, but his gaze
hit Lt. Henry Fitzroy first and the grim expression he wore behind
his glasses.
Chewed bones, this can’t be good.

“Thanks for coming, MacLaren. Got an odd
assignment for you.”

“Isn’t that why you have me on retainer,
Fitzroy?”

“Yeah, but this one is odder than usual.”
The older man ran his hand over his balding head, lifting his
glasses and scrubbing his eyes. “Come into my office and I’ll tell
you more.”

Again, the lilting voice tugged at Alex’s
attention. “You’ll be best here and there, topping the others with
style and flare.”

Her words curled through Alex’s chest and
latched onto his heart, making it squeeze with tenderness for the
first time in years. He wanted to stay in the squad room and listen
to her reading…what was it? Some kid’s book. He remembered some of
the words from his youth and how they’d filled him with a sense of
hope.

Until Lisa left.
Of course, no one
had read it to him then.

He followed Lt. Fitzroy to his office and
closed the door behind him. A magnificent feminine scent filled his
nose and drew him to another door, stirring a yearning he’d long
forgotten. The woman read to someone in the auxiliary room attached
to the office. He tried to steal a look, but he only caught a
glimpse of glorious straight red hair pulled into a silken ponytail
and a tailored leather jacket before the Lieutenant closed the
adjoining door.

As if he’d heard Alex’s plea, Fitzroy
stopped the door before it latched. Over the years Alex had worked
with the Cloudburst PD, Fitzroy had never seemed concerned about
sound escaping his office.
Maybe he has some sort of
noise-canceling device
. Alex thanked the Goddess for it now. He
could listen to the woman’s voice all day.
Get a hold of
yourself. It’s just a kiddie story.
Or maybe her beguiling
scent tickling his nose.

Fitzroy settled behind the desk. “I’ve got a
problem.”

“Yeah, so you said. What kind of problem?”
Alex dropped his butt into a chair and hooked his thumbs into the
belt loops of his jeans.

“See the woman in there with the kid?”

Alex snorted. How could he miss her? She
stole all his extra attention.

“How did you find her?” A werewolf? Alex sat
up and inhaled, deeper this time. The scents of morning mists over
peat bogs and restrained nervousness hit his nose.

Hot damn, another Moon Singer
—
two,
with her son.
Alex wanted to run into the room, gather them
into his arms, and tell them everything would be okay.
What is
wrong with me? I don’t even know them
.

“That’s the strange part. She and her son
just landed a week ago from Chicago by way of Dublin, Ireland, and
were staying with a friend in Manitou Springs.”

“Manitou is a hundred miles from here.”

“Right. Apparently, she’s running from
something, and got out just before it hit her friend’s place.”

“Okay, but why is she here in your
precinct?”

“Right, sorry, you’re
Morukai.
She
came looking for help from the Goddess.”

Morukai
were the speakers of the
Goddess, there to help Her children in times of crisis. They
brought light, understanding, and healing to all the Elder Races,
as well as the humans, though the humans didn’t seem to know much
about them. Fitzroy had joined the police force of Cloudburst, not
to be a warrior, but to help connect with the neediest of Her
children. So far he’d done a great job.

Fitzroy didn’t broadcast his abilities, or
his connection to the Goddess, but everyone in Cloudburst, Colorado
knew some of the residents were a little special. Alex hadn’t
understood why he and Lisa had settled here until he met Fitzroy
and began working with him on some of the weirder cases around
Cloudburst.

“Could she sense your
Morukai
mojo?”

“Yeah, she came straight to me. Apparently
she’s got a demon on her tail.”

Alex ran a hand over his shaved head. He’d
like to see her tail. “Shit. A real demon?”

The woman’s voice interrupted as if on cue.
“And when you’re in a jam, you’re not in for much fun.”

Alex glanced at the door then back at
Fitzroy. “She can’t hear us in there, can she?”

“Why not?” Curiosity only killed the
cat—never a werewolf.

“Acoustics.” Fitzroy waved off his question.
“And yes, a real demon. It smells like rotten eggs and brimstone,
according to…” Fitzroy checked his notes. “Sarah Flanagan.”

The name sparkled in Alex’s mind for a
moment, stirring mixture of comfort and passion. He wanted to grasp
the sensations and hold them tight to his heart, lighting all the
dark corners at his core. He took a deep breath and inhaled the
emotional scents until they flooded through his chest and warmed
him from the inside out.

“What does this have to do with me?”

“I need you to help her.” Fitzroy gave him a
piercing stare.

“What the hell do I know about fighting
demons? That’s a dragon’s job.” Alex fervently wished he knew more
about the monsters, if only to defend Sarah and her son. But other
than a few drunk humans, he hadn’t done much fighting since Lisa’s
disappearance.

Fitzroy tapped the side of his head. “When
she came to me and told me her problem, your image came to me
first. There’s something only you know which will allow you to stop
this thing. The Goddess has selected you to help Sarah. And in
turn, help yourself.”

“Help myself? What does that mean?”

Sarah spoke. “Be ready for anything, low
hill or high, ready because you’re that kind of guy.”

She seemed to be speaking right to him
though she remained in the other room, reading to the pup beside
her.

“Come on, MacLaren. You know how this works,
what
Morukai
are supposed to do.” Fitzroy gave him a dry
look.

Alex glanced at the door again.

“But on you will go, through fair weather
and foul, and face the path where your enemies prowl.”

Chewed bones, does she always know what to
say at the right time?

“From the messages I’ve received, she needs
a place that doesn’t smell like her. The demon seems to be tracking
through some kind of emotional or psychic scent, and she needs a
place without hers.” Fitzroy scanned Alex with his unnerving stare,
the one that always seemed to see right through him. “You still
have the house on the river, right?”

Alex groaned. “Take her to my place?”

Sarah piped up. “Onward up many a
frightening creek while losing the paddle and springing a
leak.”

Alex grimaced. “Do you know why a demon is
after her?”

“No.” They both looked at the door. “But I
have the feeling it has something to do with her son.”

“My boy, you’ll move mountains!” The boy
laughed and Sarah verbally pointed out all the fun things on the
page.

“I think it means anything’s possible if you
put your mind to it. You can do or be anything if you focus. The
mind is the most powerful tool you have.”

Too bad it can’t change the past
.

Alex turned back to Fitzroy. “I’ll do what I
can.”

“Good. You don’t have much time. Whatever’s
following her isn’t far behind. Get her somewhere safe and work out
a plan.”

“A plan for killing a demon. Right.” Alex
rose and shook Fitzroy’s hand.

He opened the door and stopped, struck by
the simple beauty of the woman cuddling her blue-eyed son.
Goddess, I wish they could be my family.