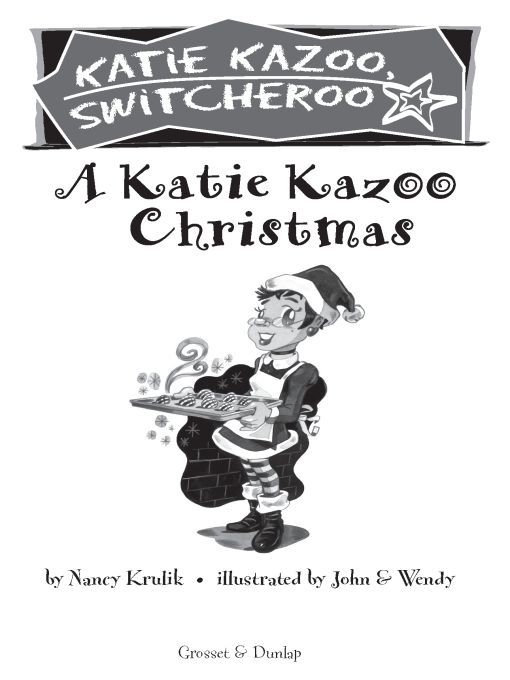 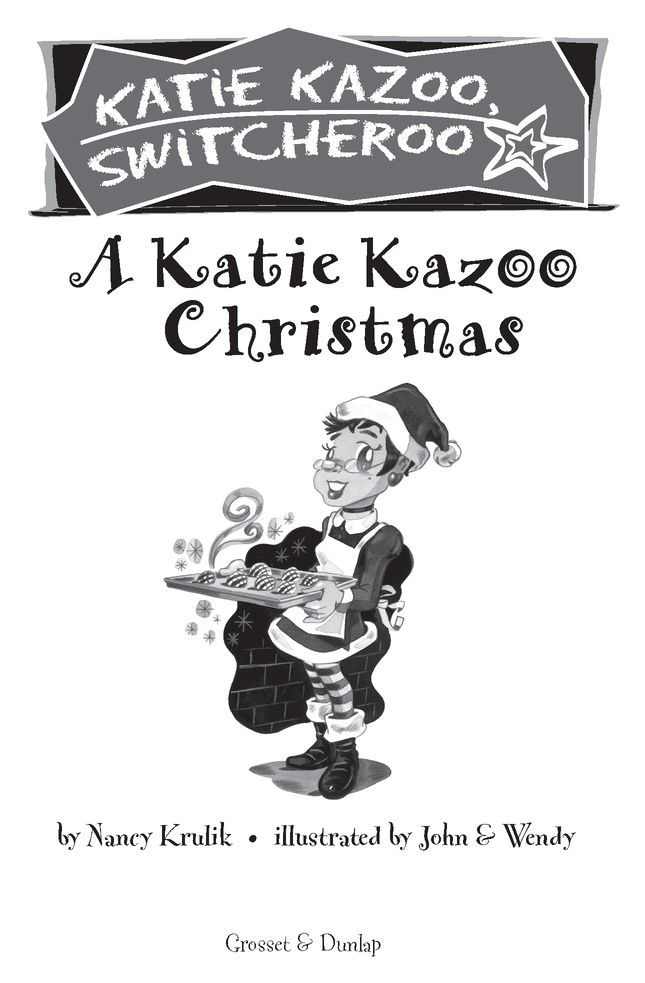 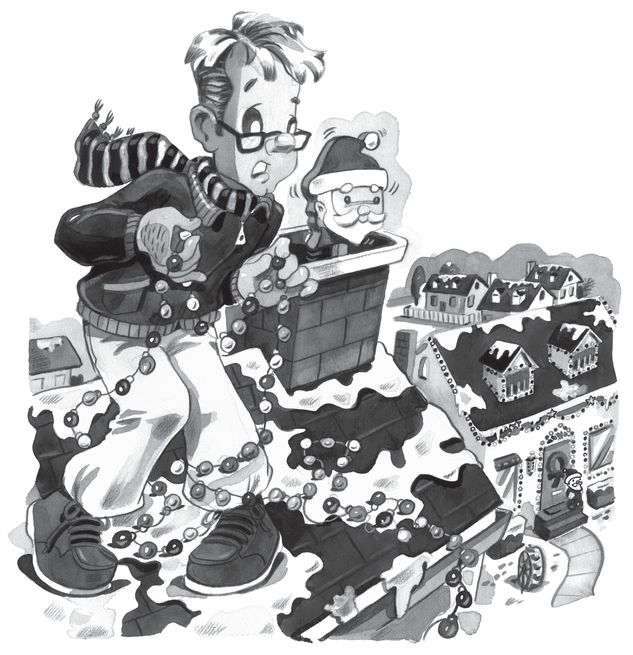 Chapter 1
“Watch me, Katie,” Suzanne Lock told her best friend, Katie Carew. She stood in the center of her bedroom and kicked her right leg high in the air. Then she kicked up her left leg. “The dancers in the show all join arms and kick their legs like this. Right. Left. Right. Left!” Suzanne shouted.
“The Cherrydale Christmas Extravaganza sounds like a really cool show,” Katie said as she watched Suzanne dance around the room.
“Oh, it is,” Suzanne agreed. She flopped down on her bed and sighed. “At the end of the performance, white snowflakes fall from the ceiling of the arena. And then Santa rides onto the stage in his sleigh and waves to everyone.”
“Wow!” Katie said. “I would
really
love to see that.”
“I wish you could come with us this year,” Suzanne agreed. “But you can’t get a ticket now. The Christmas Extravaganza has been sold out for months.”
“You mean you’re going to see it
again
?” Katie asked, surprised.
Suzanne nodded. “My dad got tickets from someone at his office. This is the third year in a row we’re going to the show,” she boasted. “I never get tired of it.”
Katie could understand that. The Cherrydale Christmas Extravaganza sounded amazing with all those snowflakes, dancers dressed in red and white costumes, and Santa Claus, too.
“Come on, let’s do the dance together,” Suzanne said. She jumped up and pushed her night table against the wall so there could be more room for them to dance. “We can make our own Christmas Extravaganza.”
“Well, I could try,” Katie agreed. She linked her arm through Suzanne’s and began to kick her legs straight out.
Right, left. Right, left,
she repeated over and over to herself as she tried to move her legs at the same time as Suzanne’s.
“Christmas is here, time to cheer,” Suzanne sang as they danced. “It’s a spectacular time of year!”

It was already getting dark by the time Katie began walking home from Suzanne’s house. That was the problem with winter. It got dark so early. Usually that made Katie kind of angry.
But not this week. Nothing could make Katie angry the week before Christmas!
As Katie turned the corner, she glanced in the open windows of the houses on her block. Most homes had Christmas trees set up in their living rooms. Many of the houses had pretty, colorful lights on the roofs and around their windows. A few had pine-green Christmas wreaths on their doors. They were all very beautiful.
But every year, the most spectacular house on the block belonged to Mr. Brigandi. His house was always covered with lots and lots of decorations.
Mr. Brigandi lived two doors down from Katie. Every year he went crazy decorating his house for Christmas. And this year was no exception.
Christmas was still a few days away, but he had already placed a giant Santa on his roof. The Santa moved up and down, so it looked like he was going down the chimney and coming back up. A big sleigh, pulled by electric reindeer, sat on the roof right beside Santa.
Mr. Brigandi had also hung red and green lights in all of his trees. He’d placed angels and shimmery, silver snowflakes on the branches, between the lights.
The house looked terrific. There was no doubt in Katie’s mind that Mr. Brigandi was going to win the block association’s best-decorated-house contest . . .
again
. Mr. Brigandi had won the contest for the past five years. Nobody else had even come close.
Until now.
As Katie reached the next house on the block—the one right between her house and Mr. Brigandi’s—she was met by an unbelievable surprise. That house was all lit up, too. It was covered in white lights. There was a jolly-looking plastic Santa on the porch, and candles in all the windows.
Best of all, in the middle of the front lawn, there was a small Ferris wheel—a working one that went around and around. Little dolls were perched in its seats. Each doll was dressed in a costume from a different country. The song “It’s a Small, Small World” played over and over as the Ferris wheel turned. It was pretty incredible.
But even
more
incredible was the fact that this unbelievable winter wonderland was at Mrs. Derkman’s house!
The
same
Mrs. Derkman who had been Katie’s strict, grumpy third-grade teacher.
The
same
Mrs. Derkman who read notes out loud just to embarrass her students and who gave homework over vacations.
The
same
Mrs. Derkman who hardly ever smiled—unless she was singing to the plants in her garden.
It was really hard to believe that this beautiful house belonged to Mrs. Derkman. But it was true.
Katie grinned. Christmas really
was
the season for surprises! 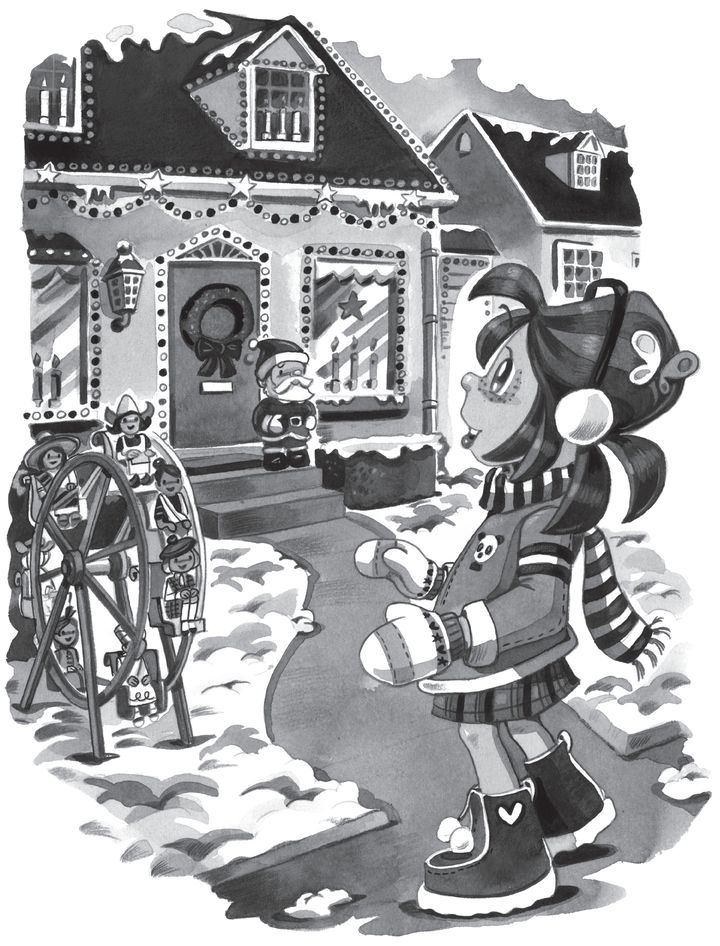