Read Addicted to You Online 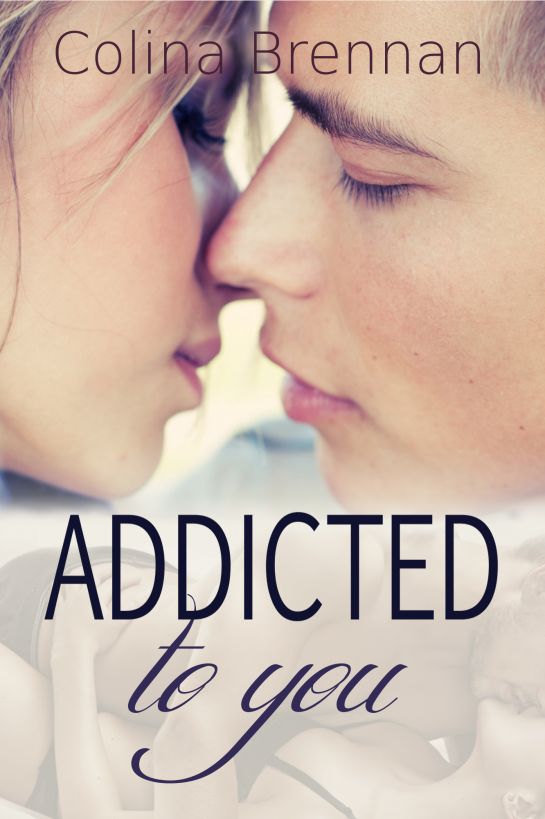 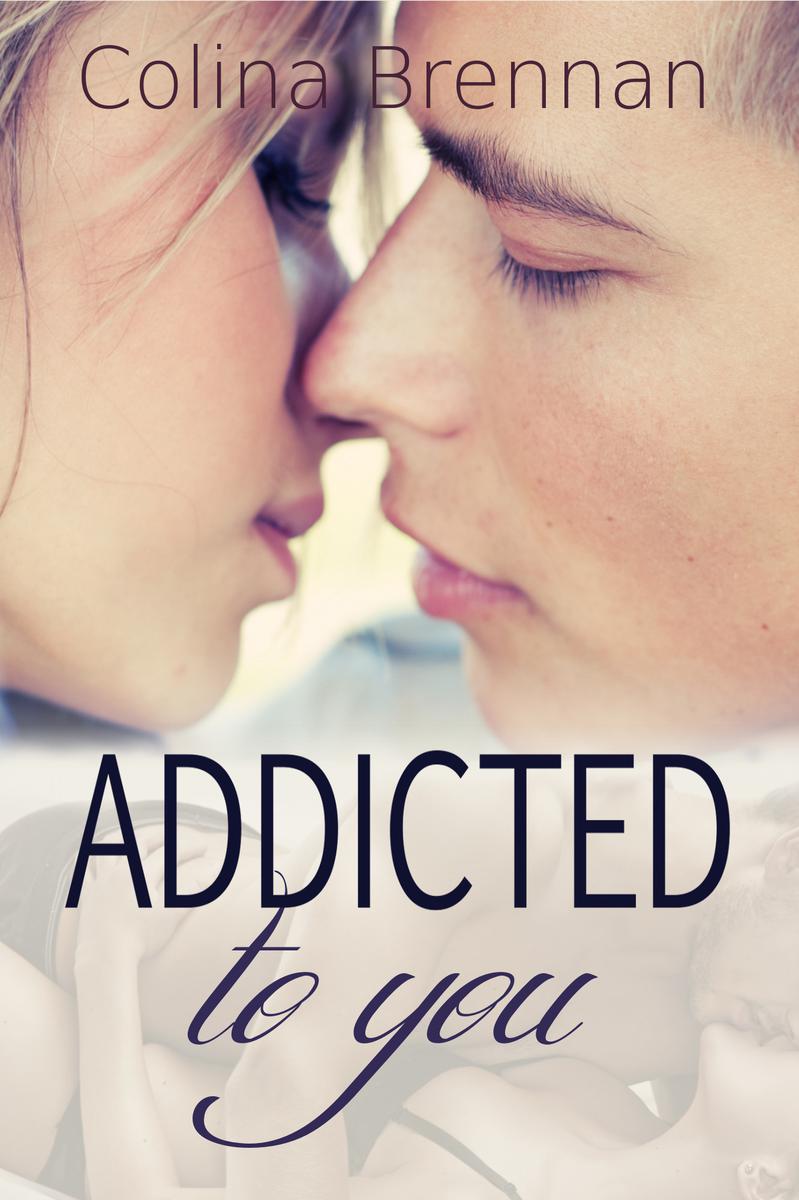 Copyright © 2013 by Colina Brennan. All
rights reserved. No part of this publication may be reproduced,
stored in a retrieval system or transmitted in any form or by any
methods, photocopying, scanning, electronic or otherwise, except as
permitted by notation in the volume or under Sections 107 or 108 of
the 1976 United States Copyright Act, without the prior written
permission of the author.

For my sisters, whose love for romance in
books ignited my own.

Leah hated Thursdays. Specifically, she
hated what she was forced to do on Thursdays—a program called ‘Heal
the Heart, Save the Body,’ which was a convoluted way of saying
‘therapy for sex addicts.’

Despite her roommate’s
insistence, Leah did
not
have a ‘sex problem.’ So she liked the occasional
one night stand. So what? She was twenty-one and single. There was
nothing wrong with wanting to make the most of it.

Yet here she was, preparing for another
session where she’d have to listen to some old guy attempt to teach
a room full of so-called sexual deviants the skills to function in
a civilized world.

Because left to their own devices, they
wouldn’t be able to resist the primal urge to hump everything that
moved. Obviously.

Who decided sex was an
addiction anyway? Or that someone should need therapy to “fix” it?
Sex was
good
for
you. It was a de-stresser. If it wasn’t, then you were doing it
wrong.

She made a face at the platter of cookies
set on an uneven seat a few feet away. She had tried one of them a
few meetings ago, and it had nearly broken her tooth. They were
sturdy enough to survive a nuclear apocalypse. They were cockroach
cookies.

Maybe that was the key to these therapy
sessions—to knock everyone out with stale confections so they were
incapable of having sex.

She sighed and sank lower into her chair. It
was like the chairs from high school, the ones with that
infuriating lip at the base that made it impossible to find a
comfortable position.

But she was used to it by now as she crossed
her arms and watched the other members arrived. For some reason,
they always showed up in the same order.

First came that middle-aged guy with his
dirty green and yellow Packers cap and shoes crusted with dirt. He
was probably either a manual laborer or a gardener. Maybe that was
where he had his excessive amounts of sex.

Packers Cap shuffled across the spotted
linoleum tiles and took a seat opposite Leah. He gave her a nod and
a toothy smile that made even her toenails cringe. Close behind him
was an older lady with a frayed, wide-brimmed straw sun hat tilted
forward to cover the majority of her face. Leah had yet to glimpse
more than a pointy chin, thin lips, and the flash of a long nose
even though she had been attending these meetings for months.

The old lady stumbled into the chair with
the cookies. Before she could pitch over, Leah’s hands shot out to
steady her. The chair skidded a few inches but stopped before the
cookies could make a dive for the floor. Bumping into stationary
objects seemed to be a habit of the old lady’s. Leah figured it was
either because her vision was going or because she really couldn’t
see beneath that ridiculous hat.

“Thanks,” Old Lady mumbled. She shuffled
past Leah to the next open chair. Leah kept her hands outstretched,
prepared to catch her again in case she missed the seat when she
sat. The first time that happened, the old lady had sighed
awkwardly from where she lay sprawled on the ground while the
creeper in the Packers cap stared. Then Leah had scowled at him and
helped the lady back to her feet.

There was only one other member, always the
last to arrive aside from the counselor, and she appeared shortly
after the old lady made it safely into her chair. She breezed into
the room, her stilettos clacking loudly as she nearly coasted past
her chair. With the orange skin tone of someone who should be
banned from a tanning bed and breasts that could beat out the
cookies for nuclear-apocalypse-resistant, she was the only one who
looked like she belonged in this meeting.

Leah sighed again. Including today’s
session, she only had two more before she fulfilled her end of the
bargain and never had to come back. The only reason she was even
here was because Helena, her roommate, had demanded it.

“Twenty sessions.” Helena had fixed her with
a fierce look and kept it there until Leah folded.

“Fine,” Leah had snapped. “But it’s
pointless. There’s nothing wrong with me.”

Helena’s mouth tightened and an ominous
shadow fell over her eyes. “Right, just like how there’s nothing
wrong with our empty apartment.”

Leah had stopped complaining at that point.
Mainly because she didn’t want to be homeless. She didn’t have the
money to live on her own, and Helena was the only person she could
stand.

And yes, okay, Helena was also the only
person who could stand Leah. There weren’t many people who could
forgive a friend after said friend got them burglarized by a
stranger who should have been nothing more than a quickly forgotten
one night stand.

The counselor finally arrived in the third
most awful sweater in America and settled himself, and his beard,
into a chair. The rectangle of fluorescent light just above him
began to flicker, giving his already disheveled hair a sort of
manic look. Leah glanced around the circle and resisted the urge to
pull up her collar and bury her face in her shirt. For a while now,
she’d had a strong feeling that she was the only person here who
hadn’t been sent via court order.

Just one more session
after this one
, she reminded
herself.

“Good evening, everyone,” the counselor
began in that incessantly kind, well-meaning ‘I love the world and
all its sinners and all its fluffy kittens, would you like a
cockroach cookie?’ voice. “Let’s begin by discussing what sort of
temptations you faced this week, and how you dealt with them.”

Everyone shifted in their chairs with the
sort of agitation that suggested either guilt or gassiness.

The counselor gave an encouraging nod at
Packers Cap to begin.

It was a trick question. The counselor had
instructed them since the beginning to stay away from places that
were triggers for their sexual impulses. As sex addicts, Leah
wondered if that included just about everywhere.

Packers Cap adjusted his shirt and hunched
his shoulders so that the lip of his cap hid the upper half of his
face. He scratched at the side of his jeans where a long tear
exposed the bottom edge of rocket-patterned boxers and declared,
“The redhead cashier at Woody’s Grocer. Hot. But I went through a
different aisle.”

“Hey, I know the one!” Stilettos said,
leaning forward so that the bust of her striped corset was severely
compromised. Was she even wearing a bra? Judging by the way Packers
Cap leaned eagerly forward as well, probably not. “She likes it
when you bite her—”

The counselor gave a harsh and sudden cough.
Stilettos snickered.

Leah dropped her head back and stared up at
the block of fluorescent light overhead. She had homework to do
tonight. Her poetry professor wanted a two-page explanation of a
three-paragraph poem. She ran the first stanza through her head as
the others dealt with the conundrum of certain fruits and
vegetables, which some cultures believed to be aphrodisiacs.
Stilettos helpfully added that she’d be glad to stick to a ‘meat
only’ diet.

Leah could practically hear the air quotes
on that one.

She was zoning out again. It was probably
just as well that there was no one here who was remotely
attractive.

But then, because the Universe hated Leah,
there was a brief tap at the door before in walked the hottest
thing on two legs in all of North America. She nearly fell off her
chair (and she doubted anyone would help her back up).

For long seconds, she did nothing but stare,
taking in the sight of him. The stunning blue eyes framed in thick,
dark blond lashes. The playful tilt to his gorgeously sculpted
mouth. The straight nose and a jaw that could have been cut from
granite. Topped off with the perfect body in perfectly fitted jeans
and a blaze of golden hair just long enough to fall across his
brow. He had the sort of straight-backed, confident stride that
always drew her attention. She surreptitiously checked her chin for
drool as she watched him approach the circle.

“Welcome!” the counselor said to Blue Eyes,
who responded with a smile so charming that the Inquisition would
have burned him on sight as the devil’s work. “New companions are
always welcome on our journey toward self-discovery.”

I’d like to discover
him
, she thought, almost violently.
I’d like to discover the inside of his
jeans.
Her gaze followed the line of
tanned, nicely muscled forearms up to where the rest of his arms
disappeared beneath the rolled-up sleeves of a simple gray tee.
Gray, which she usually associated with the color of dust, had
never looked so sexy.

She cast a quick glance around the room and
realized that every one of the sexual deviants present was also
watching Blue Eyes like a pride of starving lions closing in on a
lonely zebra. She saw herself reflected in them, and she didn’t
like it. Self-disgust traced a path up her throat, and she had to
swallow it down.

Maybe for once she should pay attention to
the counselor.

The counselor didn’t ask for Blue Eyes’
name, since the program emphasized anonymity, but he did ask him to
explain why he’d chosen to attend the meeting.

Leah could probably answer that one. Just
look at him. The guy probably couldn’t walk a block without having
panties thrown at his head.

“Hi,” Blue Eyes said, looking around the
room with that gorgeous smile. It faltered, only briefly, probably
due to the hungry looks he was getting from everyone else. “I’m
here because I, uh, love sex.”

Dear God, he was Scottish.

Her fingers tightened around the edge of her
seat. Not only did he look like he’d just stepped out of a
magazine, but his voice was like the auditory lovechild of Ewan
McGregor and James McAvoy.

“Probably too much,” Blue Eyes continued,
oblivious to the visions of shirtless Scotsmen running around in
Leah’s head. “I’m not selective about with whom. Or where. Or
when.”

It occurred to her then that Blue Eyes
sounded weirdly cheerful about what was sounding more like a
confession than an introduction.

Everyone was staring at him with looks that
ranged from awe (Packers Cap) to horror (the counselor) to outright
lust (Stilettos) to confusion (Leah). Old Lady was the only one
whose expression Leah couldn’t read on account of the fact that she
still couldn’t see her face.

To date, newcomers had never introduced
themselves with quite that level of … delight for their addiction.
There had been shame, denial, resentment, and even some pride. But
from what Leah could tell, Blue Eyes was simply and cheerfully
matter-of-fact.