Read All the Feels Online 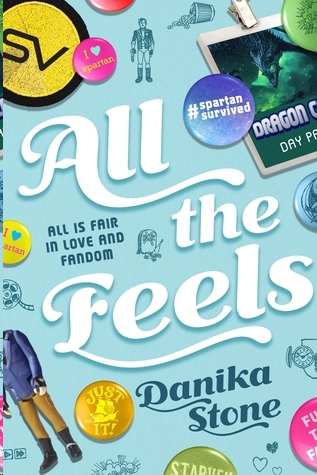 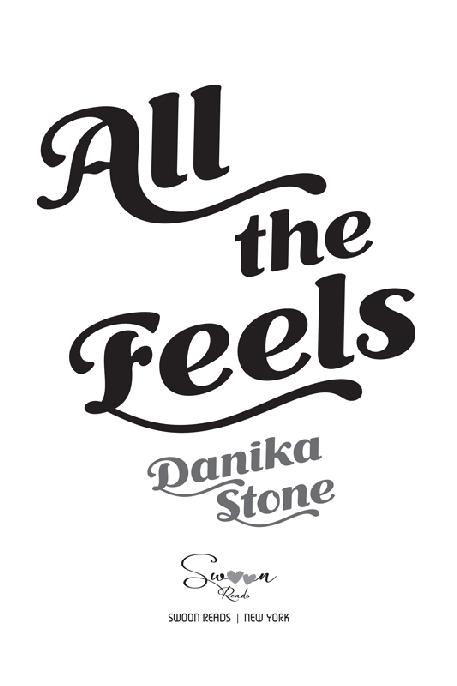 For @CoulsonLives,
who showed me how to raise the dead

The star freighter’s hangar lay destroyed in the aftermath of the massacre. Overhead fluorescents flickered on and off, yellow safety lights humming in darkened corners. Blood marred the corrugated panels of the launch floor, and fingerprints marked the last moments of the flight crew. The dead were piled in heaps … but the room was far from empty.

The hangar echoed with macabre slurping. Alien creatures hunched spiderlike as they fed on the bodies of the dead and dying. Across the deck, interstellar transports were tumbled like children’s toys, some untouched, others burning. Electricity buzzed and snapped from exposed wires. Only one escape pod remained intact. Its door hung agape, a forgotten oxygen pack and the remains of what could have been a young man alongside it.

“Dragnat all anyway,” a voice grumbled.

From the far corner of the room, a rugged man with sweat-slicked blond hair limped into view, a little girl wearing an oversize freighter captain’s jacket a step behind him. Both carried blasters—the jumped-up weapon of the Rebellion—though the child’s dragged along the floor, too heavy for her thin arms. The man’s broad shoulders were hunched in anger, his expression determined despite the bloody slice across one cheekbone and the bullet wound spreading blood below his right knee. He glanced both ways.

Faint beeping filled the air, the time remaining flashing on panels around the room.

The child stared up at him with wide eyes. “Spartan?”

He gazed longingly at the escape pod. Perhaps forty feet separated the craft from the mismatched pair, but there were at least twice that many feeders blocking their path. “The bugs are still at it. Gonna be a hell of a fight to get through.” The aliens were engrossed in their gorging, but any movement would spark another attack. He knew this from experience.

A small hand tugged at his jacket. “Can we go back and hide?”

He crouched beside the girl, brushing a tangled curl behind her ear. Pain tightened his features, but he forced it away with a confident smile. “Countdown’s already on. We’ve gotta go, darlin’.”

The girl nodded. “Is there another way out?” she asked, her eyes drifting to the grisly tableau beyond his shoulder.

The little girl lifted her blaster. The oversize weapon wobbled in her hands. “You run,” she said, nodding to the teeming deck. “I’ll cover you.”

The man let out a choking laugh and stood. He ruffled her hair. “Next time. All right?” He reached for her gun. “I’ll take both blasters. You run to the pod.”

The girl let him take her weapon but didn’t move. “But if you—”

Spartan cleared his throat. “Get in the pod and blast out of here the second the door’s latched. I’ll follow you in the next pod.” He winked. “Easy as pie.”

The child twisted around, searching for the second escape shuttle she couldn’t see. Spartan touched her chin, forcing her to look up at him. “When you’re free of the ship, punch in the codes for Terra and—”

An ear-shattering alarm blared through every speaker in the freighter, and the child threw her arms around Spartan’s legs.
“Warning,”
a woman’s electronic voice announced.
“Self-destruct protocol in thirty seconds. All personnel in escape pods launch immediately. Twenty-nine … Twenty-eight … Twenty-seven…”

The alarm unsettled the aliens from their meal. The bugs rose on spindly legs, exoskeletons clattering as they scuttled nervously away from the corpses. The clicking of mandibles reached the man and child, still poised in the doorway. It was a warning, the last one they’d get.

“You ready, darlin’?” Spartan asked. His attention was on the bugs, moving in. A blaster would slow them—not stop them—and he knew it.

The nearest bug crouched, its compound legs compressing as it prepared to leap.

The lights abruptly switched to red, flashing alongside a deafening beacon.
“Ten…”
Another flash.
“Nine…”
Flash.

The girl sprinted across the metal deck, her shoes sliding on patches of blood. The roar of weaponry echoed off panels and girders. The nearest bug flew backward, shot midjump. The girl dashed past. Drawn by the sounds of the attack, the other aliens charged. Light flared from the barrels of both blasters. The closest bugs fell, their crustacean exo-skins torn open, but for every one that stopped moving, two more replaced it. The feeders clambered over the dead and the bodies of one another, focused entirely on the single remaining human who dared attack them.

Alone and unseen, the child climbed into the pod, slamming her small fist against the door release, and buckling herself into the chair. The only time she looked up was when the sound of the blasters stopped.

Tears on her cheeks, she hit the release button and was launched backward from the grip of the dying ship.

For a moment, everything hung, unchanged, against the black sheet of night. The ship rippled. With a shudder, fire spewed across the hull in a chain reaction. In a flash, a recoil implosion drew the ship’s metal sheathing inward like crumpled tissue. After that, there was only silence.

The aisle lighting came on with a faint buzz, and the spray of stars on-screen faded from reality into two dimensions. A young woman in the front row watched, heart in throat, as the credits rolled. Music swelled in a trumpet blare as the
Starveil
theme surged. Tears filled her eyes. The first and largest name hovered on-screen for an interminable moment:
Tom Grander in his final role as Matt Spartan.

The movie theater was oddly quiet. A few people stumbled drunkenly down the aisles, their faces racked with horror. A woman at the back blew her nose with a honk, and someone else cleared his throat. The final credits rolled to a stop, music fading, and those remaining stared at the screen, hopeful.

There was no postcredit clip as there’d been with the previous four films.

The main lights rose, revealing a luminous young woman, with tears streaming down her face, and her companion, a dark-haired man, like a photograph from another century. He had one ankle crossing his knee, a pair of doeskin gloves clutched in one hand, and a pocket watch dangling from his lapel.

The brightness had released the audience, and the exodus from the theater began in earnest. A middle-aged woman did an awkward two-step as she exited in front of the pair. Subdued chatter followed the dwindling crowd, whispers rather than hoots.

“Liv, are you okay?” the young man asked.

Liv shook her head, her long hair falling forward to hide her face. “No,” she croaked. Xander would never understand what this felt like: watching your favorite character die. He wasn’t a
Starveil
fan like she was.

The strangely dressed young man glared at the faded screen, eyes hooded in subtle dismay. “That ending was … not quite what I’d expected.”

Xander ran his hands down his velvet lapels, signet ring twinkling. “But if the girl got in the last pod,” he mused, “and the countdown was on four, then by the time—”

Liv spun on him. “He’s not dead!” she shouted. “They’d never kill Spartan!”

He opened his mouth, then closed it again. After a moment, he lifted his pocket watch and peered down at the crystal surface. It was nearly 3:00 a.m., the midnight showing of the newest
Starveil
movie finished. Across the continental United States, countless other fans were emerging shell-shocked from theaters. Liv knew they should go, but she was rooted to her seat. If she left with Xander, then it was over. It was real.

Xander dropped the watch back into his pocket. He sat up, pulling on his gloves.

“We should go,” he said gently.

A vacuum started. Xander stood, flipping the long tails of his jacket behind him and stretching. “Liv,” he sighed. “I get that you’re upset. But they’re starting to clean the—”

A long, uneasy silence followed her outburst. The final patrons filed out the doors. Besides the cleaning crew, Xander and Liv were the only ones left. She knew he was waiting for her, but her long fall of brown hair blocked him from view. She felt the first rush of panicked sobbing about to start, and she forced it down.

Not dead
, her mind screamed.
Spartan can’t be dead!

His hand brushed her shoulder. “You wait here,” Xander said. “I’ll go get the car.”

She nodded. Xander squeezed her shoulder before he sprinted up the aisle.

Liv’s hands began to shake, the tremors spreading to her arms and legs.
I don’t believe it! MRM would NEVER kill off the main character. This is WRONG!
She could feel the words bubbling in her throat, rage tipping the balance of her pain. Xander reached the door and glanced back one last time.
This isn’t real! I can’t handle this! THIS ABSOLUTELY CANNOT BE HAPPENING!