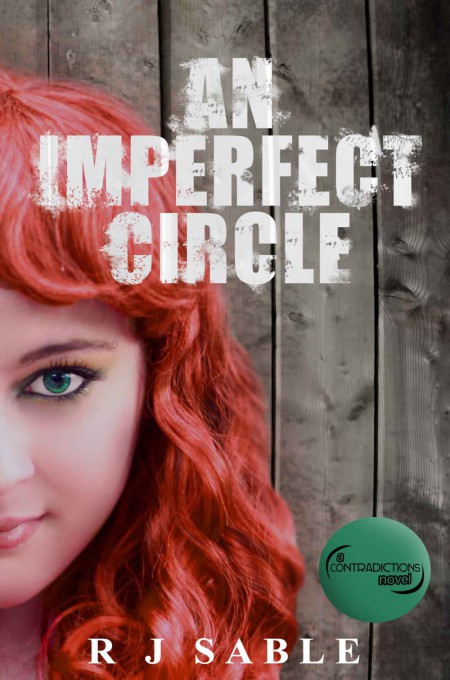 Lists are things of beauty. They breed order, structure and simplicity. I have a list for everything and I live by my lists. Today’s list
is folded up in my pocket in a perfectly formed circle. I mastered the art of the perfect circle years ago. Just like lists, circles are beautiful. One single line with no flaws. Each part of the circle is identical to the next. No part is ugly.

I wrap my fist around the perfect little circle in my pocket. I don’t need to take it out. I know exactly what it says.

I know today’s list is a good one because it’s a round number. Circles are round. That’s perfect because I need a good list today of all days.

What do you do when the boy who rescues the last remnants of your soul rejects what’s left straight afterwards? You move on. That’s what you do. I’m not the sort of girl who sits on the sofa with a bucket of ice cream mourning over anything.

Especially not over a boy.

That’s the reason behind number five on today’s list. I’ve been to almost every school in the city. It’s not my fault they’ve all kicked me out. If they can’t accept who I am then that’s not my problem, it’s society’s. The last school in the city is
his
school. The only one I really wanted to avoid but I’m left with no choice.

My aunty had to call in a favour to get them to accept me and I only agreed because she and my mum begged
incessantly until I gave in because I couldn’t listen to them whine any more.

My mum is dead set on me getting a proper education. I would have been perfectly happy to finish at sixteen with my mediocre grades. I know what I want to do with my life and I don’t need a piece of paper to let me do it.

I stop outside a little shop window and check my appearance a few hundred yards away from the establishment that will be my prison and torture chamber for the next two years.

My black and blue dreadlock wig is firmly in place, hiding my fiery mane of red hair. It’
s not that I don’t like my hair – I fudging love it – but for some reason it makes people think I’m bubbly and approachable and that’s not what I’m going for.

My solid black co
ntact lenses are both staying put and my thick white layer of foundation is holding perfectly without any unwanted creases or smudging. Bear would have a fit at the amount of animals that were maimed, tortured, and generally humiliated in the process of forming my anti-social mask.

It’s not really a problem. I’m used to it from my mum. She re-found herself after my life was saved and then ruined and
I’ve been dealing with her “new self” ever since. Four long years. Not the longest years of my life so I shouldn’t complain. At least she’s alive and happy.

Certain that my mascara, eyeliner, and foundation will scare off anybody who might otherwise approach me, I trudge my muddy boots down the road towards the new school.

It’s the first day of the academic year and, even though most of the other students are in the same boat as I am, I get the honour of starting my morning off in the head master’s office.

I’m pleasantly surprised when I’m called in. I’m expecti
ng a pudgy old guy with a sweat-stained shirt that’s seen better days and the haunted brow of a man who’s spent too much time with teenagers. What I get is a snappily dressed woman in a pencil skirt and her hair wrapped into a bun so tight that I’m wondering if her brain is hurting.

“
Miss Belrose, how lovely to meet you,” Miss brain-strain greets me with a voice that’s too cheerful for the carefully kept woman she’s portraying.

I grunt in greeting because she doesn’t need to be my friend and, quite frankly, if she kicks me out, there’s nowhere left for mum to send me and I can go start my business now instead of in two years time.

“Not a morning person, I see,” she smiles with a hint of humour. “I’m Ms Stoner, the headmistress.”

I raise an eyebrow at her because I’m not sure if she’s joking.

“Yes, that’s my real name,” she chuckles to herself. “I’m told it dates back to the twelfth century and implies my early ancestors were stone masons. Hardly relevant now, I’d say, but the explanation is usually necessary.”

I pretend to ignore her and stare out of her window at the mass of teenagers
who’ve gathered in the courtyard. I’m immensely thankful that this isn’t one of those schools that make the sixth form students wear uniforms. That’s some real medieval crap. Schools are meant to be moulding future generations and yet they force all their students to look the same. Solid grounds.

“
Have a seat, Miss Belrose,” the Stoner urges.

When I just glare back and stay standing, she sits opposite me on a bright purple sofa rather than behind her neat and tidy desk. I know I’ve won so I take a seat on the armchair. I’ve made my point, there’s no need to stand for the rest of this ridiculous meeting.

“I’m sure you’re nervous, starting at a new school,” she starts.

I give her a condescending look because this isn’t my first rodeo. I can’t even remember how many times I’ve been sat in this situation before.

She ignores my condescension and continues. “But I also wanted to make sure we understood each other.

Here it com
es. I’m a bad egg. She doesn’t want any trouble. She doesn’t want to see me in ripped black jeans and safety pin lined t-shirts any more. I saw this crap coming a mile away and it’s nothing I haven’t already heard.

“
I’ve seen your academic record and, I’ve got to say, I think you’ve been treated unfairly.”

I barely stop myself f
rom gawking at her because that’s not what I was expecting. I’m pretty fudging proud of myself for maintaining my stony glare throughout.

“
I know why you’ve been expelled from schools previously and it’s very admirable to want to protect the underdog but I hope that whilst you’re at our school, you’ll feel comfortable enough to talk to myself or another teacher if you witness somebody being bullied.”

I grace her with an
eye roll upon hearing this because she’s full of crap. They’re all the same, teachers. If I report somebody, all that they’re going to get is a tap on the wrist and a letter home to mummy while the person they’re torturing is left scarred inside and out. How fudging fair is that?

“
I know you don’t know us very well yet but we don’t want any of our students to suffer here. This is a place for creating knowledge, not victims.”

I listen to her spiel with disinterest for a
while longer and I know she can tell I don’t give a crap. Actions speak louder than words and I’ve not seen any action to judge her by yet.

Although the purple sofa has earned her a few points.

“If you focus on your studies, you’ll be just fine here. I see you’ve chosen design & technology, business studies, mathematics, and art as your AS level subjects. An interesting combination. May I ask why you chose those subjects?”

I hesitate slightly because this
is the first time she’s required me to speak and I’m not about to ruin such a good list for the Stoner.

“
I see,” she cocks her head at me like she’s trying to figure me out.

She can try all she likes. I’m an open book. I’m messed up, I know it, but at least I’m working on it. How many ot
her people can say that?

“
I’d like to see some of your work one day,” she smiles and starts rooting through some papers on her desk.

She’s not asking for permission so I don’t give it. I go back to staring out the window but the bell
’s already gone so there’s nobody out there.

She hands me my timetable and a map. I’m sort of disappointed when I find another ginger waiting outside her office. I can tell by her nervous
energy and the ridiculous glasses she’s wearing that she’s one of the geeky kids they use to show new students around.

“
Hi, you must be Elise. I’m Becky. I’m going to show you to class. You’ll love it here. It’s awesome. It’s big but you’ll find your way around in no time because all the buildings are alphabetical and the corridors all have signs on them and-”

“
My name is
Ellie
,” I cut her off because the poor girl needs some oxygen. I make sure to load my voice with absolutely zero emotion because I’m not here to make friends and she seems the friendly type.

She falters for a second and I almost feel guilty. “Oh, right. Ellie. Sorry. Um, this way.”

She turns and hurries down one of the helpfully numbered corridors and I follow a few feet behind admiring the polkadot skirt she’s wearing. The bright array of colours is hideous and clashes with every item of clothing she’s wearing but I like polkadots.

“We have maths together first period and we share free periods as well. I can show you around and we can have lunch together if you’d like. I always eat lunch under the tree on the bottom field because it’s quieter.” She seems to realise she’s rambling again and her blush matches her hair.

I almost feel bad for her because I don’t blush. Not that it matters. You wouldn’t be able to see it under my foundation anyway.

“I don’t really eat lunch,” I answer curtly. I don’t want to give this girl any hope that we’ll become besties and paint each other’s toenails.

“
Oh,” she nibbles her bottom lip. “I guess I shouldn’t either, hey?” She gestures down to her curvy figure that almost matches my own and I scowl in response.

I
fudging hate it when women don’t have any faith in their own bodies. We’re taught by magazines and misogynistic monkey nuts that we’re meant to look a certain way and it’s all crap. Beauty is internal and it’s only sick, twisted freaks that can’t see what’s not skin deep.

I know that better than any one.

“Um, well, here we are,” Becky offers, stopping outside what must be our maths class.

I nod curtly and follow her into the room. Sod’s law says the only two free seats are on the front row. Not only do I
have to sit next to my wannabe BFF but I also have to have the teacher breathing down my neck for the next hour.