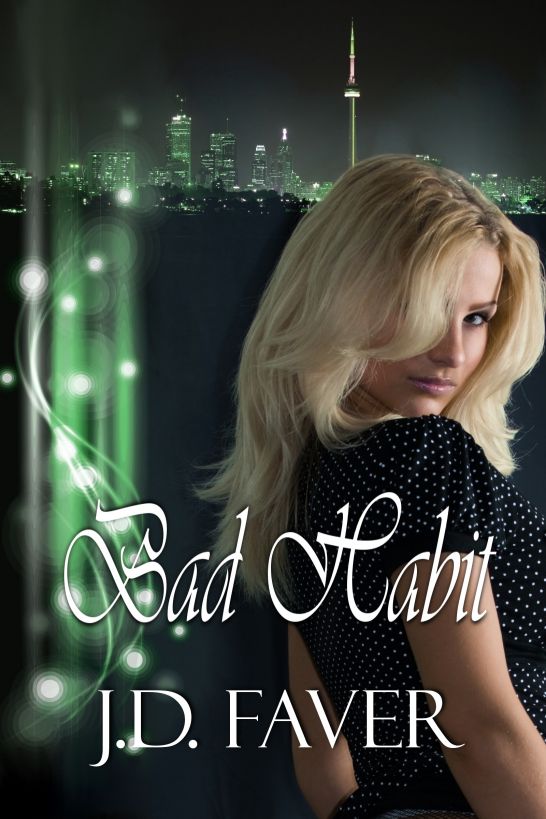 This e-book is licensed for your personal
enjoyment only. This ebook may not be re-sold or given away to
other people. If you would like to share this book with another
person, please purchase an additional copy for each recipient. If
you’re reading this book and did not purchase it, or it was not
purchased for your use only, then please return to Smashwords.com
and purchase your own copy. Thank you for respecting the hard work
of this author.

“
Sister Bernadette, there’s a
detective here to see you. He’s come all the way from New York
City.” Mother Immaculata smiled encouragingly, drawing her into the
corridor. “He’s waiting in the conference room. I’ll supervise your
Art class.”

The moment she’d dreaded had
arrived. Teri Slaughter’s stomach knotted up in fear.
It’s over. They found me.

A deep breath released some of the
tension in her shoulders. As she forced her leaden feet toward the
conference room, the thought flickered through her mind of running
outside and disappearing in the streets.

Get hold of yourself!
She expelled a long breath.
I’ve been so careful. Maybe he doesn’t suspect me.

Pausing with her hand on the knob,
she weighed whether or not to continue her masquerade.

A muscle tightened in her jaw. Teri
Slaughter wasn’t a coward.
If this cop
takes me back to New York, I’ll die. I have to pull this
off.

She dusted the pastel chalk from
her hands before running her fingers through her cropped hair.
There was nothing to distinguish her from the others. Her plain
white shirt and navy skirt were inconspicuous among the
nuns.

Her heart raced as she stepped into
the conference room. Her gaze seized on a man in a dark suit
standing at the far end of the room, his back to her.

He turned around. His dark eyes
assessed her, pierced her veneer, saw right through her. He was
disarmingly handsome, well over six feet tall and with a lean
muscular frame. He crossed the room, striding toward her with an
athletic gait.

Frozen in place, Teri fought down a
sense of panic, her breath trapped in her throat.

This man didn’t look like a killer,
but rather, exuded an air of power and confidence. His strength
reached out to her. “Sister Bernadette?” He extended his
hand.

Taking a deliberately deep breath,
Teri unblocked the log jam in her chest.

“
I’m Detective Angel Garcia, from
Manhattan Homicide Division.” His deep, articulate voice held no
trace of a New York accent. “I’ve been looking for you.”

She tried to speak but her mouth
was dry. Wordlessly, she surrendered her hand.

He enfolded it in his, clasping her
with the right amount of firmness. Not too limp, not too tight. The
perfect handshake for a man to give a woman when he threatened her
very existence.

“
Looking for me, Detective?” she
croaked.

“
At your former convent I was told
you’d gone to Ireland on sabbatical and would be transferring to
San Antonio when you returned.” He unclipped his identification
from his belt beside the holstered weapon and handed it to her. “I
have to ask you about your sister.”

Teri stared, unseeing, at his photo
ID and gold shield, wondering if he was in on it, wondering if he
knew her true identity. Running her fingers over the embossing, she
forced herself to stay focused. “Which sister?”

He smiled for the first time, a
broad flash of white, even teeth and his eyes, fringed with thick
black lashes, momentarily softened. “I’m asking about your
biological sister, Teresa Slaughter.” In spite of his smile,
Detective Garcia’s eyes continued to dissect her.

Summoning her courage, she gave him
a smile she hoped conveyed innocence. She returned his credentials;
forced her feet to move. “Would you like to sit down, Detective
Garcia?” She indicated a chair at the conference table and seated
herself across from him. “What do you want to know?” Her fingers
traced the decorative nails in the maroon leather
armchair.

“
How long has it been since you’ve
seen her?”

She inhaled deeply to steady
herself and his scent filled her nostrils. He smelled nice. She
hadn’t noticed how men smelled in a while. A fresh pain sliced
through her as she remembered rubbing sun tan lotion on Colin and
later, in the cabana, when the scent of coconut transferred to
her.

She jerked her attention back to
the man who sat across from her, intent upon tearing her world
apart. “Teri? I haven’t seen her in a while. Why do you
ask?”

“
I don’t mean to alarm you, Sister
Bernadette but your sister, Teri Slaughter, seems to be
missing.”

“
Are you sure?” She feigned
surprise. “She works for an international company. She often
travels for business purposes.”

He cocked his head, raising a brow.
“Wouldn’t she let you know if she was going to be out of the
country?”

“
Not necessarily. When she’s
traveling, she usually sends me a postcard or a letter with some
photos. Sometimes she sends a present.” Teri knew she was rambling.
She pressed her lips together to stop the flow of words.

“
Has she written lately?” His dark
eyes were unreadable.

She swallowed hard, feeling
exposed.
Does he believe me?
“No, not lately.”

“
When did you last hear from
her?”

“
A couple of months ago,” she said.
“Why are you asking all these questions, Detective? You’re scaring
me.”

“
I’m sorry, Sister. Miss
Slaughter’s boyfriend and co-worker, Colin Dowd, is dead and she’s
missing. I have to locate her.”

“
Mother of God!” Teri covered her
mouth with both hands. A picture of Colin, lying dead at her feet
flashed through her mind. She had to be careful not to let anything
slip. Her fingers went to the ornate silver cross Bernie had given
her. “Are you saying that you think Teri is involved in Colin’s...
in her friend’s death?” The words clawed their way up her
throat.

“
I’m not saying that, Sister,”
Detective Garcia said. “I need to question her. Can you think of
any place she might go?” He gazed steadily at her across the
table.

“
Not really. She has a nice
apartment in the city but I suppose you looked there.”

“
Yes, first thing, but she’s
disappeared. She took nothing with her. She owns her condominium
outright. A few bills are paid automatically from her account.
There’s a large balance in her checking account, but other than the
direct payments there have been no other withdrawals.”

“
That doesn’t look good does it?”
Teri tried to convey the proper amount of concern.

“
I won’t lie to you, Sister.” Angel
leaned toward her. “It appears she may have taken a lot of cash
with her when she ran. If that’s the case, she’ll eventually run
out of money.”

She leaned forward in the chair,
gripping the arms. “So you think she’s alive?”

He gave her another grin. “I’m
still looking for her, Sister.” He drew a card from his pocket and
extended it. “If you hear from Teri, let me know.”

Her hand shook when she reached for
the card. She read it carefully. “You think I’ll hear from her?”
She heard the quiver in her voice and cleared her throat to cover
it.

Detective Garcia stood up and
regarded her solemnly. “I was told that the two of you were pretty
close. I’m sure you want to make sure she’s safe. If you can get in
touch with her, it would be in her best interests to come
forward.”

“
A man is dead and a woman is
missing.”

“
I won’t lie to you either,
Detective,” she said quietly. “My first loyalty is to
Teri.”

A smiled curved his lips but didn’t
quite reach the darkest interior of his eyes. “Sister, I thought
your first loyalty was to the church.”

They gazed at each other solemnly.
The silence lengthened.

“
You look a lot like your sister,”
he said.

Teri sat at the table long after
Detective Angel Garcia had left the building. She watched through
the window as he walked down the curved flower-bordered sidewalk to
the parking lot and climbed into a dark blue vehicle.

Her hands were still trembling.
Clasping them together, she wished she could get in touch with her
sister Bernie.

Angel Garcia slid into his rental
car and slammed the door. Sister Bernadette wasn’t what he’d
expected. She certainly didn’t look like the nuns he remembered
from his childhood and she wasn’t dressed like them. The nuns in
her order wore simple street clothes. She could be any
teacher.

Teri Slaughter, who may or may not
have dispatched her lover, had been a model before going into the
advertising business. Her classic good looks took her to the top
but she walked away from it all and found another way to sell
herself.

Angel had read the case files and
interviewed her co-workers. They shared the opinion that Teri was
exceptional and that Colin was a lucky man. But they didn’t know
her current whereabouts or why she’d split. She wasn’t married, had
no kids. Her only living relative was a nun.

He drummed his fingers on the
steering wheel. This case was loaded with dead ends.

Sister Bernadette looked amazingly
like Teri Slaughter, if you scrubbed off her make up, replaced her
designer clothes and cut off a foot of long blonde hair.

He frowned, drawing his brows
together. It didn’t make sense.

Why would such a beautiful woman
choose to become a nun?
Shaking his head,
Angel started the car.
She must have had a
strong calling.

The Mother Superior stepped into
the hall, gently closing the classroom door behind her. “Did you
receive bad news, Sister Bernadette?” She spoke in her usual hushed
tones.

Trapped by her own deception, Teri
sucked in a deep breath. “I’m not sure, Mother. My sister is
missing. Would you mind if I went to my room? I’m quite shaken by
the questions.”

“
I can see that. Would you like to
go to the infirmary?” She peered at Teri through her wire rim
glasses.

“
No, thank you, Mother Immaculata.
I just need to lie down for a while.” Teri lowered her gaze, unable
to maintain eye contact with the nun.

“
Take the rest of the day to gather
your thoughts. We’ll pray together after supper.” She patted Teri
on the shoulder.

“
Yes, Mother.” Her voice was shaky.
All she wanted to do was escape the kind, compassion-filled gray
eyes. She turned and walked down the hall, trying to do so with a
trace of decorum.

Teri lived with three young nuns.
They shared a two-bedroom apartment a block from the high school
campus. She almost ran the block and up the stairs.

The order was most eager to bring
in younger nuns because many of the sisters were well over sixty
and there wasn’t a line waiting to commit one’s life to celibacy,
meditation and selflessly serving others. The apartment had been
the Mother Superior’s idea. Teri thought Mother Immaculata was a
most progressive woman in a most suppressive position.

Teri’s hands were still shaking
when she tried to get the key into the lock. The others were in
class so she had a good two hours to herself. That’s what she
missed most. The freedom to enjoy a little solitude whenever she
liked.

A tear rolled down the side of her
nose. She wiped it away and another took its place. The police were
looking for her and whoever killed Colin was looking for her. The
Detective, Angel Garcia, was breathing down her neck. If he was
this close, could the killers be far behind?

True Shot by Lamb, Joyce
Rules of Attraction by Christina Dodd
Breaking the Nexus (Mythrian Realm) by Avalon, Lindsay
She's Not There by Jennifer Finney Boylan
ALoveSoDeep by Lili Valente
Trojan Odyssey by Clive Cussler
By Design by Madeline Hunter
The Bookstore by Deborah Meyler
Copper Visions by Elizabeth Bruner
Welcome to New Haven by Dawn Doyle
Our partner