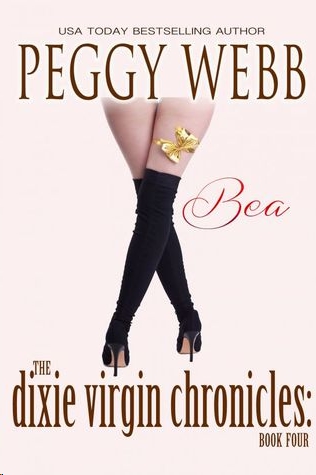 Another Mr. Right turned out to be Mr. Wrong! He broke up via text message. Can you
believe
that!!! What a coward! It boggles my mind how many men start out with
potential
and then end up nowhere close to the altar! At this rate, Virginia will be
bald and gray
before anybody get close enough to even say hello, let alone get
up close and personal!

I can’t wait to get back to Alabama! I
need
this break from my boss! She’s like Meryl Streep’s character in
The Devil Wears Prada!
Only
worse!
When I get home, Mother will tell me everything is going to be all right. I
know
better, of course, but still it helps to hear her say it.

And Molly, it will be amazing to see you. You and Sam
will
be at the family reunion, won’t you? I still can’t believe you married my brother!!!! Don’t let him turn you into a banker’s wife! Just stay the same mischievous Dixie Virgin we all love and adore! Of course, you’re not technically a virgin anymore, but I can’t even
go there!!!!

Dang, I hope this new car makes it. Well, it’s used,
very used,
but it’s new to me. It’s a red Jag; can you
believe it!!!
I look like a million bucks in this car!

OMG, my honeymoon in Paris was AWESOME!!!! We’re back in Florence now, settling into Sam’s house. Of course, we’ll be there! OH, Bea, I can’t wait to see you!!!

Me? Perfectly proper and non-controversial? NEVER!

Hang in there, Bea. Breakups can’t be easy. I think I’d
die
if Dan ever told me he was leaving! Oh, did I tell you! I’ve got a job offer at the hospital here in Tupelo, which is
such a relief!
Now, I can concentrate on getting my husband to cut out the junk food and eat healthy!

Listen, Bea, have you ever thought about
why
you keep breaking up? What man in his right mind would ditch you! I think you may be subconsciously pushing them away because of the way Taylor Adams left. I know this isn’t easy to hear, but children whose fathers leave the family often have abandonment issues.

Now that I’ve had my doctor’s say, do you want me to come to Texas and kick his ass?

Bea, I do wish you could find a wonderful man like Reeve. He worships the quicksand I walk on. We’re still trying to get pregnant, but I can’t seem to make a baby with him. I’m so upset!

Janet, do you reckon I ought to go to a fertility clinic?

No,
Belinda! Give nature a chance to take its course.

Bea, if you need some extra petting, stop by the boarding house on your way to Florence. We’ll sit in the gazebo out back and laugh and cry and eat chocolate, and I’ll send you on your way with a big care package of cookies.

OMG, Bea. The next man who breaks up with you is going to get a piece of my mind! Not that I have much mind left! OMG, some of these veterinary medicine classes are killing me. If I didn’t have the unveiling of my Virginia to look forward to, I’d throw myself into the Mississippi River!

LOL!!! Bea, I’m so mad on your behalf I’d be right there kicking butt and telling Mr. Wrong off if I could! But a RED JAG!!! You go, girlfriend!!! Even your VIRGINIA looks better in that!

I’m sick of being stuck in Madrid with a bunch of nuns! If I ever get out of school, you’ll hear me screaming all the way across the ocean.

I feel better already! As soon as I program my GPS and figure out how to let the top down on my snazzy car, I’ll be on the road!

Bea sang along with the radio, a Justin Bieber song she’d never heard of and didn’t even like much. Still, nothing could mar her mood. The sun was shining, she was on her way home, and she had the best looking car on the road.

Suddenly she saw a sign welcoming visitors to
Toby’s Mountain Arts and
Crafts.
Why not?
She didn’t have any particular schedule, and this was supposed to be a relaxing vacation.

She was still humming when she turned onto a pot-holed country road that wound through some of the prettiest scenery she’d seen. The little arts and crafts shop was a log cabin tucked into the side of the mountain and crammed with everything from handmade quilts to hand carved pipes. It was just the kind of mom-and-pop store she loved. She poked into every nook and cranny, and ended up buying an armload of gifts for everybody in the family.

By the time she loaded them into the trunk, the sun was setting and she didn’t even know how far she was from the next town. Still, she was humming as she slid behind the wheel and headed back toward the interstate.

Just around the bend, her Jaguar coughed once and died. She’d had the car serviced before she left Dallas. How could this be happening? If she hadn’t been in such a good mood, she’d have gotten out and kicked the tires.

She switched the radio off then and reached into her car pocket to consult her map. It appeared she was on a county road somewhere between Caddo Gap and Pearcy, Arkansas – about as far from civilization as you could get.

If she had flown home, none of this would be happening. Of course, she might have dropped out of the sky and that would be that. Bea didn’t think the skies were friendly. You couldn’t pay her enough money to fly.

Sitting on the lonely road with her car refusing to budge, she wished she was the kind of woman who called her travel agent and booked herself on airplanes going everywhere from Paris, France, to Florence, Alabama.

Bea folded the map, put back in the car pocket and grabbed her iPhone. Just her luck. No signal. She could probably get one if she walked around the curve in the road, but first she riffled through the car pocket till she found her owner’s manual. Surely there was nothing wrong that a level head and a steady pair of hands couldn’t fix.

She released her hood, for all the good it did her. Brain surgery would be easier than fixing this sports car. It took ten minutes just to identify the parts. Once she’d done that, she set about trying to find the problem. Unfortunately, a broken car never looked broken. There were no gaping holes or frazzled wires or smoking pipes. There was only the dark, forbidding mystery of a foreign-built engine.

She heard the vehicle coming down the road before she saw it. The driver was either practically deaf or had a perverse penchant for loud noise. Country and western music came around the bend two minutes before the truck.

She looked over the hood of her car. The truck was electric blue and very, very old. It rattled with every inch of ground it covered. And it had to be rattling mightily to be heard over the music.

The truck had stopped alongside her, and its driver leaned out the window, smiling. “Need any help?”

With his wide smile and his nice blue eyes, he looked friendly and harmless enough, though the thick shock of blond hair and the beard did make him look like a pirate.

“Everything is under control.” Shouting to be heard over the music, she waved her manual at him, wondering at the same time if there would be anybody around to hear her if she screamed. She doubted it. Anyhow, she wasn’t the screaming type. If anything needed taking charge of, she took charge, whether it was an ornery car or an ornery man.

“I’m sure there’s nothing wrong that I can’t fix,” she told him.

“All that beauty and brains, too. How refreshing.”

He was the worst of his breed: an oversized chauvinistic male who expected nothing of women except an empty head. What else could she expect of a man who announced his presence with country music? Hadn’t that floozy her father had run off with done the same thing? Sashayed into Florence, twanging her guitar and her hips at the same time, and waltzed off with Taylor Adams and his fortune?

Bea drew herself up to her full height, impressive by any standards, particularly in the cute new high heeled boots she’d bought when she and Cat went on that shopping spree in New Orleans. Then she gave him the look that quelled presumptuous male co-workers and deluded Romeos.

“I’m not standing in the middle of the road to be refreshing. I’m here to repair a car. Will you excuse me?”

She stuck her head under the hood and searched in earnest for something to fix.

The driver turned his obnoxious music down a notch, just low enough so she could hear his wicked chuckle.

“You don’t mind if I watch, do you?” Without waiting for an answer, he turned off the engine and climbed down from his truck.

She watched him out of the corner of her eye. He was big, impressively big. And handsome in a rugged, devilish sort of way. Just the kind of flamboyant, shallow man she’d expected.

He leaned against the door of his truck, watching her with an amused expression on his face. Her first instinct was to say something cutting enough to send him on his way; then she thought better of it. Her car might be seriously ailing, and she didn’t want to be stranded in the dark. As much as it would pain her to ask him for help, she might have to send him to the nearest phone to call a tow truck.

“I don’t like to work with an audience, but you can stay as long as you don’t block my light.” She nodded toward the sun, slowly sinking westward behind his back.

“Never let it be said that I interfered with the work of a beautiful woman mechanic.” He left his truck and came around to the front of her car. “You
are
a mechanic, aren’t you?”

“Of course I’m a mechanic. My hands are not only worth a hundred and fifty thousand dollars each, they are also lethal.”

Emperor: the field of swords E#3 by Conn Iggulden
A History of the Future by Kunstler, James Howard
Jade and the Surprise Party by Darcey Bussell
Songbird by Colleen Helme
The Fast Metabolism Diet by Haylie Pomroy
Hunted by P. C. Cast
Understudy by Cheyanne Young
Snapped by Tracy Brown
Chet & Floyd vs. The Apocalypse: Volume 1 by Hunter, Justin
Breathless by Dean Koontz
Our partner