Read Beyond This Moment Online 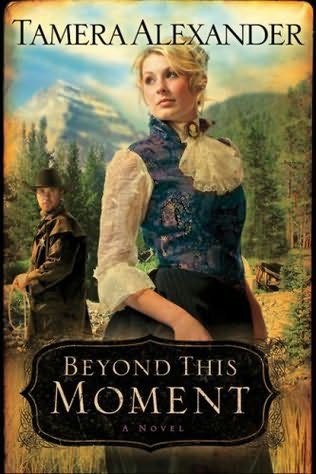 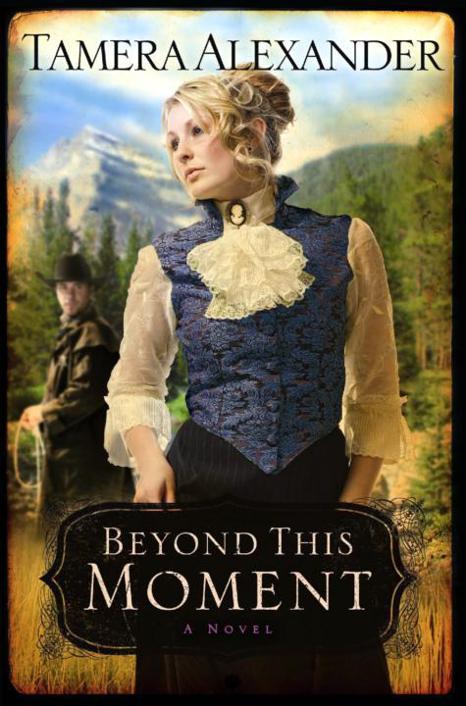 Praise for From a Distance,
a TIMBER RIDGE REFLECTIONS novel

"Tamera Alexander has woven her magic again, drawing me back in time to the Colorado Territory with an intriguing plot, charming characters and a compelling love story. From a Distance has everything you expect in a traditional historical romance, but Tamera adds that something special which elevates her stories high above the usual fare:"

"The characters are charming, engaging, and very realistic ... a great story that will have readers quickly turning pages, eager to see how it ends, yet sad to see the final page turn:"

"Fans of romantic Americana won't want to miss [From a Distance], or the next book in the TIMBER RIDGE REFLECTIONS series..."

"... fast-paced and emotionally charged, with beautiful descriptions of the landscape. 41/2 stars."

"Tamera Alexander ... is extremely talented in how she paints the scenes so vividly you think you're there watching the story unfold. The story as well as her characters are written with depth ... you can feel the emotions they are experiencing:"

-Once Upon a Romance

11 ... with Ms. Alexander's books I find myself slowing down to savor all the fine nuances of life and faith that she brings forth within the pages:'

"If you are a historical reader, and love strong heroines, you cannot miss From a Distance:" 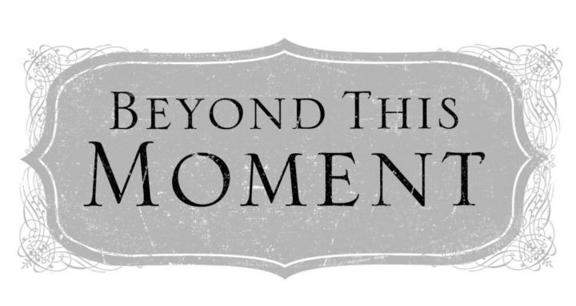 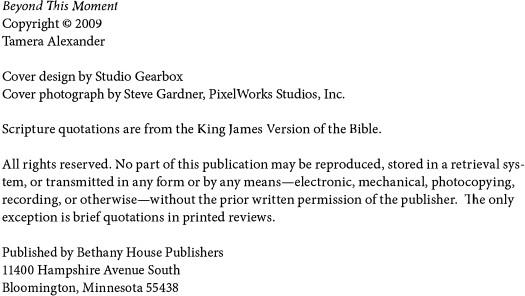 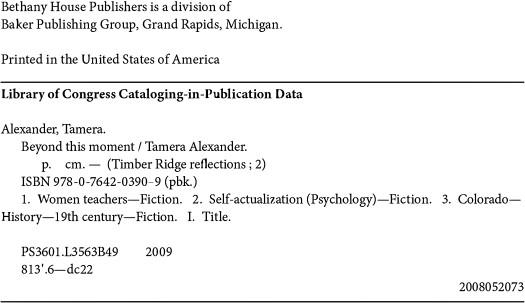 To my editor, Karen Schurrer. Your laughter is a cup of cold water to this thirsty soul, and your gift with words, a blessing to me.

Search me, 0 God, and know my heart: try me, and know my thoughts: And see if there be any wicked way in me, and lead me in the way everlasting.

. oily Ellen Whitcomb stepped from the train onto the station plat.form in Sulfur Falls and paused, unsure of where to go and what to do next-in so many ways. The train whistle sounded, its shrill blast echoing off the station walls and bouncing down the crowded open-air corridor. The engine belched a steady stream of smoke and soot, and from somewhere behind her, the distinct clearing of a throat urged her forward. Each step was heavy, coerced, a reminder of what had brought her to this place. And of just how far she'd fallen.

Holding tight to the worn periodical tucked under her arm, she followed the flow of disembarking passengers and allowed herself to be swept along with the tide. Her arrival to Sulfur Falls was premature, four days earlier than planned. She'd wired the mayor of Timber Ridge to let him know of the change, but the clerk informed her the telegraph lines were down due to heavy rains.

Peering up into steely skies, she rubbed the ache in her lower back, doubting that status had changed.

To the west, still streaked with vestiges of winter, the lofty peaks of the Rocky Mountains reigned high above the rustic cattle town. She'd seen pictures of the mountains before, and while the gray-toned images were impressive, renderings on paper paled when standing in the shadow of their truer splendor. She almost felt as though she should curtsey out of respect-until a breeze stirred. Then she grimaced.

Her stomach reacted to the smell, and she put a hand to her nose. The stench of manure hung heavy, and trash scuttled along the station platform and edges of the street. When the steward in Denver had told her yesterday that Sulfur Falls marked the end of the line, he hadn't been exaggerating. The train track literally came to an abrupt stop a hundred yards past the depot before looping back to join the main line.

"Trunks can be fetched down line, ma'am! At the end, to your left."

With sparing breaths, Molly looked up to see a steward motioning her forward.

He eyed the periodical under her arm. "Want me to dispose of that for you, ma'am?"

She tightened her grip. "No, I'll keep it, tha-" The gratitude died on her lips. The man had already looked away.

She moved in the direction he'd pointed-until a storefront across the street caught her eye. The wooden shingle hanging above the shop door swayed in the breeze, as though beckoning. And with the soft flutter of a moth's wing, a possibility brushed the edge of her thoughts.

She hesitated, then stepped to one side of the platform to let others pass.

The idea forming in her mind went against every scruple she held, and against the integrity she'd sought so earnestly to pass along to her former students at Franklin College in Athens, Georgia.

"Two wrongs don't make a right, Miss Cassidy;" she'd lectured a female student last fall who'd been caught cheating and tried to lie her way out of it.

Molly stared at the wooden shingle, knowing that was what she would be attempting to do if she acted on her impulse-trying to make two wrongs equal a right.

Her body flushed hot and cold as she recalled being ushered into the college president's office early one morning only three short weeks ago, before first-hour classes convened. Her dismissal from Franklin College had been swift and humiliating, on so many levels. What she'd done was wrong. She knew that. That was never in question. Yet the punishment seemed so severe, and she'd protested-at first.

But when President Northrop conveyed his intentions should she refuse to resign her position and leave the college, she'd acquiesced. Immediately. He'd found the one weakness in her armor and had quashed her with it.

Taking a steadying breath, she smoothed a lace-gloved hand over her blue jacquard vest. She'd worked hard to earn her doctorate, to garner the revered title of Professor, same as her father, and to make a forward stride for women in academia. And had lost it all in a single act.

In the end, President Northrop had won-as men in authority always did. Because here she was, a world away from civilization and proper society, with everything she'd worked to achieve ... stripped bare.

Her decision made, Molly made a beeline for the storefront.

She glanced around to see if anyone was watching her, then caught herself and choked back a bitter laugh. No one knew her in this town. Not a single solitary soul. A more remote location for her new "teaching opportunity" could not have been found. Not unless the Alaskan Wilderness had been an option. If it had, she was certain she would have been stepping from a train onto a vast frozen tundra about now.