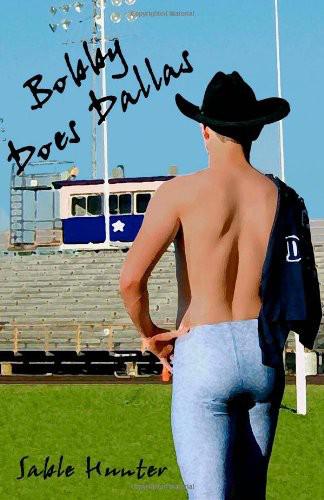 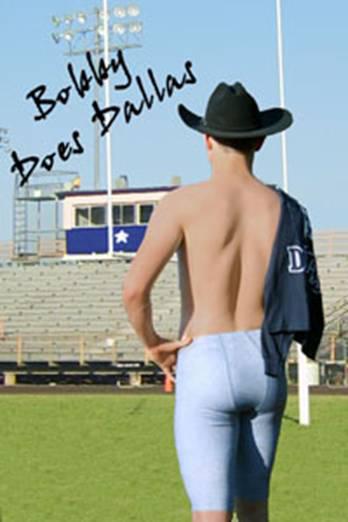 An Introduction to the

Come with me to the Hill Country of Texas and meet three of the sexiest men imaginable.  They are the owners and operators of The Lost Maples Bed and Breakfast.

Book your room and pack your bags – romance is in the air.

This is a work of fiction.  Names, characters, places and incidents are either the product of the author’s imagination or used fictitiously, and any resemblance to actual persons, living or dead, business establishments, events or locales is entirely coincidental.

Lady Minx – for your technical expertise

Jesse
Garon
– for just being you

and
for posing for the cover

“Next up is Bobby Stewart,” the announcer’s voice came booming over the loud speaker.  The raucous rodeo crowd immediately grew silent.  Most of them had come just to see this particular cowboy ride.  He was a favorite on the circuit.  “Stewart’s in first place, ladies and gentleman.  This young man is a senior at the University of Texas where he plays football for the Longhorns.  Bobby is a big man to be a bull rider.  At six-foot-four inches and two-hundred-fifty pounds, Bobby makes the bulls work for their living.”

The women in the audience were on their feet; all of them wanted to catch a glimpse of the handsome cowboy.  The unseen man in the booth continued his introduction of Bobby's ride.  “We’ve got a record crowd tonight, folks.  Everyone is eager to see if young Stewart can be the rider to master the brutal Rock Star.  No cowboy has managed to successfully stay on tis monster bull for the full eight seconds.  He's put seven men in the hospital, the rest of them on their
keister
.  Rock Star hasn't been conquered in eight years.”

Bobby sat on the hulking, gray Brahman bull listening to the broadcaster build up the crowd's interest in his ride.  Everyone knew this was for big money.  Many people wanted him to succeed and there were a few that would love to watch him fall flat on his ass.  He for one, voted for coming out of this alive.  Squeezing his legs around the heaving sides of the bull, he knew the moment the chute opened, the angry animal would become a tornado of deadly hooves and horns.

The crowd was holding their breath.  Bobby did his normal ritual, whispering the familiar scripture from memory.  “Fear not, for I am with you; be not dismayed, for I am your God; I will strengthen you, I will help you, I will uphold you with my righteous right hand.”  As the last word left his lips, the chute opened and Bobby's world went into overdrive.  Rock Star was two thousand pounds of explosive energy.  With vicious, violent twists, the huge bull launched himself into the air and slung his entire body weight first to the left and then to the right.  Bobby instinctively moved with the bull, knowing the only way he would stay on this perfect storm would be if he didn’t fight the formidable force of nature.  Letting his mind become perfectly still, Bobby became an extension of the bull’s body.  He didn't fight the pitch and roll of the vicious animal, but anticipated the direction that Rock Star would lunge and went with it.  It was a wild eight seconds of soul-jarring, body-wrenching, mind-blowing adrenaline rush.  One of the reasons he did this death-defying dangerous sport was simple; after riding a demon like Rock Star, Big 12 football was a cakewalk.

No matter what anyone said – eight seconds was an eternity.  Eight seconds could mean the difference between a winning ride and a harsh collision with the hard ground of the arena.  For some, eight seconds could be the difference between life and death.  A good friend of Bobby’s had been stomped to death by a bull in July.  Tonight he rode for Shaun.  When the loud air horn sounded, Bobby could hear the screams of the fans.  Not one who chose to wear a helmet, he waved his trade-mark black Stetson in the air.  Mixed in with the roar of the crowd he could hear the squeals of the buckle bunnies.  As he bailed off Rock Star and dodged the razor sharp set of horns that swiped out at him, he thanked the good Lord for the bull fighters that put their lives on the lines distracting the enraged beasts.

As Rock Star danced off to one side, Bobby jumped up on the fence and shook hands, receiving numerous pats on the backs from a dozen other riders who knew the true value of his accomplishment.  It wasn’t just a big pay-off, it was the matter of conquering your demons – being able to ‘cowboy up’ and do what very few men could do – face his fear and live his dream.

A cloud of loud perfume announced that he was about to be awarded a whole different kind of prize.
“Hey there, cowboy!”
Mary Alice
Solice
threw her arms around his neck and plastered her ample breasts to his chest.  “It’s my turn to take a ride.  Are you up for it?” She boldly rubbed his eight h with her flat little belly getting exactly the kind of reaction that she craved.  Bobby hardened instantly,   After all, he was twenty-two years old; he could get an erection at the drop of a hat – not to mention at the aggressive groping of a former Miss Texas who had no qualms about going after exactly what she wanted; and right now – what she wanted was Bobby Stewart.

“I’m always up for it, Miss Mary,” Bobby drawled as he threw an arm around the cute little doll with tight jeans, big tits and sex on her mind.  “Just exactly where would you like to go on this ride?” He was teasing her; he knew exactly what she wanted.

Running her hand into the tight back pocket of his jeans, she pinched his tight ass.  “I’m not interested in going anywhere, Cowboy.  You know what I want.  I want to come – over and over again," she whispered as she nipped him on the shoulder.  Mary Alice was a wild cat.  It didn't take much to set Bobby off.  He was a young, healthy male with an unrivaled sexual appetite.  Bobby Stewart had a reputation on the circuit and on campus.  All of the ladies knew that he could be relied upon to provide sexual satisfaction on a grand scale.

The rodeo had been held in Mesquite, Texas – about three hours north of Austin and about four and half hours from the Bed and Breakfast resort that he owned with his brothers.  To prevent driving back in the wee hours, Bobby had a hotel room at the nearest Holiday Inn Express.  Mary Alice faithfully followed the rodeo circuit, but she was a local and had an apartment a few minutes from the exhibition hall and – like most women – preferred to have sex in her own bed.  That suited Bobby; he liked to get his business taken care of and be able to leave when he got ready.  He knew it wasn't very romantic, but this hook-up wasn't about romance – it was about pleasure.  And Bobby Stewart was a master at giving pleasure.

After a minimum amount of discussion, Bobby followed Mary Alice to her apartment and in a few minutes she had him right where she wanted him – naked and in her bed.  "That's it baby, let me at him."  She pushed him back in the bed and knelt between his legs.  "God, I love to kiss your cock."  Without preamble, she fitted her hungry lips over the large mushroom head and began to suck voraciously.  Mary Alice was good at giving head.  In a few seconds she had Bobby's hips lifting rhythmically off the bed, seeking to push further into the hot recesses of her throat.

"That's good, Mary; so good," he praised her.  Bobby would have been just as happy to shoot his load in her mouth, but Mary Alice had other ideas.  Her pussy was hungry for cock and Bobby had a big one.  She took him to the edge of climax, but pulled back just before she took him to the point of no return.

"My turn," she sat up – big breasts heaving – and turned, presenting her cute little ass for his delectation.  "Ride me, cowboy."  With an inviting wiggle, she didn't have to ask twice.  Bobby rose up, sheathed himself with a condom, and mounted her from the rear.  If there had been a mirror, he would have thrown up his arm in the typical rodeo rider pose – the girl's loved that image.&nsp But there wasn't – so he set to pumping and thrusting until he had her moaning with ecstasy.  Oh it was good, and Bobby was grateful; but Mary Alice's response seemed staged.  She moaned and carried on as if she was starring in a porn flick.  Bobby didn't doubt that he was making her feel good, but he almost felt like he was watching their sexual antics from a distance.  There was no emotion, there was no feeling – it was just sex.  Crap!  At that unexpected thought, Bobby almost lost his erection.  He had to fight to stay focused and finish out the erotic romp.  Closing his eyes, he tried to imagine a different scenario.  Instead of the woman he was pleasuring, the girl was sweet and un-jaded.  His dream girl was so excited to be with him that she trembled with delight at his touch.  Her moans of pleasure would be unrehearsed and honest; she would be his for the long haul – not just for a few moments of fleeting passion.  Bobby held Mary Alice's stingy, white hips and rammed his turgid rod deep into her clutching pussy.  Once – twice – three times was the charm.  She screamed and he yelled, and he had to fight every
instinct  he
had to keep from grabbing his gear and hightailing it out of her apartment as naked as a jaybird.

"That was incredible, Bobby." Mary Alice fell to one side, completely sated and satisfied.  "I'm glad I ran into you today.  You know how to make a girl feel good."

"Happy to oblige, ma’am," Pulling on his clothes, all Bobby wanted to do was to get home and see his brothers.  Maybe he wouldn’t linger in Mesquite till morning.  Ethan and Alex were waiting on him.  He had promised that he would help them paint.  Their Bed and Breakfast was nestled in the beautiful hill country near the Lost Maples State Park south of Austin.  "Look Mary Alice, I had a good time, sweetie – but I
gotta
run."  It was a damn shame when painting a house was more appealing than after-sex snuggling.

"Sure babe, no problem."  Bobby was sure that if Mary Alice were a smoker, she would be puffing away by now.  "We'll hook up again, sometime.  I'll keep an eye out for you."