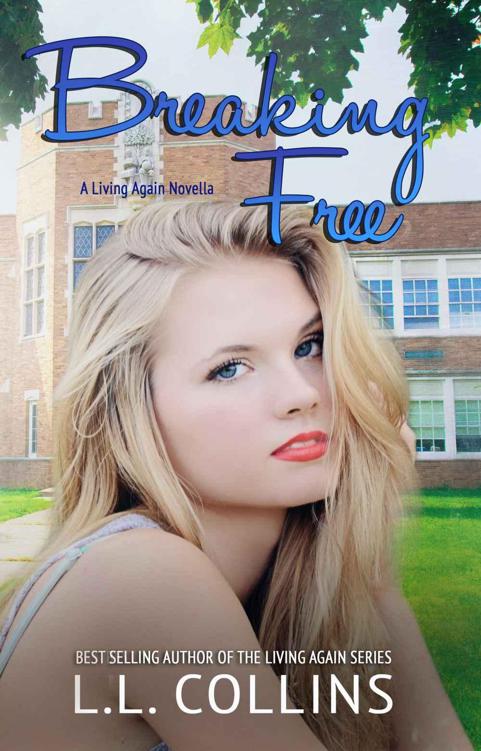 Through all of life’s struggles, please know that I always have and always will believe in you. You’re amazing and I know that you can do whatever you put your mind to. Find other people that believe that too, and you’ll have it all.

Alexis’ hands shook as she took the envelope from the mailbox. Her eyes flitted to the return address.
The Florida State University
. She had applied to many schools, but this was her number one choice. She was three months away from graduating from high school, and couldn’t wait to go to college. She hoped to cheer wherever she ended up, and planned on majoring in a science so she could be pre-med.

She walked into the house, still holding the envelope. Her hands shook slightly as she put the rest of the mail on the kitchen counter. She had the house to herself, which didn’t happen often. Her brothers and sister weren’t home yet, and her parents were at work.

Dialing Cate, she hoped that she wasn’t in class. Cate was her best friend and had been her entire life, but she was a year ahead of her and was already away at college. She was attending The University of Central Florida in Orlando, and had tried to convince her to come there with her. Alexis had applied, but it just wasn’t in her heart to go there, even though she knew it would be fun to be with Cate.

“Hey Lex,” Cate answered. Alexis could hear noise around her. Excitement bubbled up in her chest at the thought of being off at college. It wasn’t that she wanted to get away from her family or anything, but she was ready to be ‘on her own’, in a way.

“Hey Cate. I got the letter.” She didn’t have to tell her what letter she meant; she already knew.

Alexis ripped open the envelope, her hands full on shaking now. She had been accepted to six other schools, but none of them had made her this nervous. She wanted this badly. One of her other best friends, Hailey, was already accepted and they wanted to be roommates. Her older sister was a junior there, and when Alexis and Hailey had visited her months ago to go to a football game, Alexis had been hooked.

She took the paper out of the envelope, her breathing ragged. She didn’t think she had even been this nervous when Chasen Teague, the quarterback of the football team, had asked her to homecoming.

Alexis opened the folded letter, her eyes going right for the first line, underneath her name and address. “Congratulations,” she breathed, seeing the word she was looking for. Cate screamed, probably scaring whoever she was around.

Alexis felt her eyes welling up with tears as she continued reading the letter. She was not only in, she had gotten a full academic scholarship. A
scholarship
. She had hoped for at least a partial scholarship. But now, she didn’t have to worry about that.

“I got a scholarship, too,” she whispered to Cate. “I can’t believe it.”

“Why can’t you believe it, Lex? You’re fabulous and are vying for valedictorian of your high school class. The schools will be begging you to come there. You need to find out now when the tryouts are for their cheer squad, too. I know UCF does a spring session where you can work out with the cheerleaders to prepare for tryouts. You should try to go to that.”

“My head is spinning, Cate,” Alexis laughed. “I just found out I got in. One thing at a time.”

“I’m so proud of you, Lex. I wish you were coming here with me, but this is your dream.”

She hung up the phone and pressed the letter to her chest. She couldn’t
wait
to tell her mom and dad that she had gotten in. She was going to be a Seminole. Alexis squealed and jumped around the kitchen. This was step one to her adulthood. She was going to college.

Alexis bounced in her seat as they pulled through the entrance to The Florida State University. She was really here. She looked at the big oak trees and the hills, so different from what she was used to. Her mom was driving the van with her, her fifteen-year-old brother Ben, and her sister, thirteen-year-old Cierra, in it. Dalen, her baby brother at eleven, had stayed home with their Aunt Rachel and Uncle Devin because he had a game he couldn’t miss. He was talented in just about every sport he played.

Her dad drove behind them in Alexis’ car. She wasn’t even sure she would need it at school, but it would be here anyway. She knew that Hailey had already arrived, because she had been texting her for the last hour about their room and the people she had already met on their floor. Alexis thought the last hour might’ve been the longest of her life as she got updates from Hailey. She wanted to get there and like yesterday.

She and Hailey had both come up for both spring cheerleader clinics, then tryouts. Alexis had been just as nervous to wait and see if she made the team as she had been to get the acceptance letter for college. The day she had gotten the call from the coach, congratulating her on being a Florida State cheerleader had been one of the best moments of her life so far. Minutes later, Hailey had called screaming. She too had made the team, and the two friends were so excited to do this together.

Alexis had thought summer would never end. She had graduated salutatorian, missing out on valedictorian by .02 points on her GPA. She had spent the summer working at her Dad’s office, helping out where needed, shadowing him and learning, all while saving all the money she could for college. Her parents didn’t want her to work during her freshman year, especially with all of the traveling she was going to do with the cheerleading squad. They wanted her to be able to focus on school. She had decided to major in Biology with her dad’s guidance on what would best prepare her for graduate school. She wanted to be a doctor like him, though she was undecided on what specialty.

“Mom,” Alexis whined, not able to contain herself.

Her mom laughed. “Almost there, sweetie. There’s a lot of cars here. I can’t just jump over them.”

“Why not?” Alexis laughed. “Hailey’s been here
forever.
”

Her eyes met her mom’s in the rearview mirror, and they both laughed. Alexis had a great relationship with her parents. Despite the fact that she was a teenage girl, she really had all the respect in the world for them. Even though she had never met her ‘real’ dad, since he died before she was born, she felt that Ben was her dad. Just because his blood didn’t run through her veins didn’t make any difference to her. They were very close, and always had been. She never felt like she was missing out on anything, because to her, he was her dad in all the ways that counted.