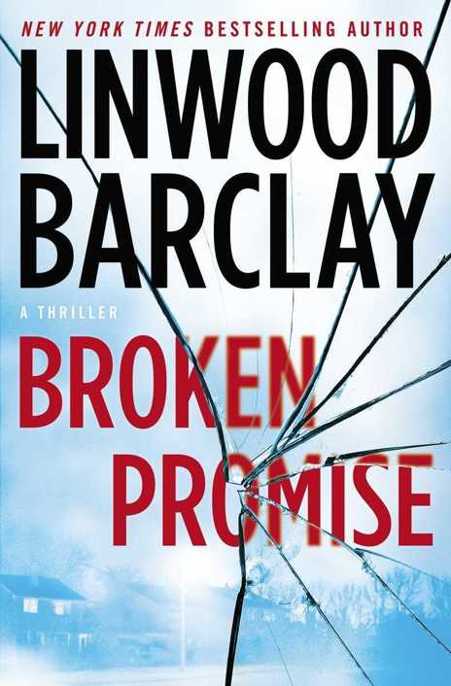 A Tap on the Window

Too Close to Home

No Time for Goodbye

An Excerpt from
Far From True

I
hate this town.

A
couple of hours before all hell broke loose, I was in bed, awake since five, pondering the circumstances that had returned me, at the age of forty-one, to my childhood home.

It wasn’t that the room was exactly the same as when I’d moved out almost twenty years ago. The Ferrari poster no longer hung over the blue-striped wallpaper, and the kit I built of the starship
Enterprise
—hardened amberlike droplets of glue visible on the hull—no longer sat on the dresser. But it was the same dresser. And it was the same wallpaper. And this was the same single bed.

Sure, I’d spent the night in here a few times over the years, as a visitor. But to be back here as a resident? To be
living
here? With my parents, and my son, Ethan?

God, what a fucking state of affairs. How had it come to this?

It wasn’t that I didn’t know the answer to that question. It was complicated, but I knew.

The descent had begun five years ago, after my wife, Jan, passed away. A sad story, and not one worth rehashing here. After half a decade, there were things I’d had no choice but to put behind me. I’d grown into my role of single father. I was raising Ethan, nine years old now, on my own. I’m not saying that made me a hero. I’m just trying to explain how things unfolded.

Wanting a new start for Ethan and myself, I quit my job as a reporter for the
Promise Falls
Standard
—not that hard a decision, considering the lack of interest by the paper’s management in actually covering anything approaching news—and accepted an editing position on the city desk at the
Boston
Globe
. The money was better, and Boston had a lot to offer Ethan: the children’s museum, the aquarium, Faneuil Hall Marketplace, the Red Sox, the Bruins. If there was a better place for a boy and his dad, I couldn’t think where it might be. But . . .

There’s always a
but
.

But most of my duties as an editor took place in the evening, after reporters had handed in their stories. I could see Ethan off to school, sometimes even pop by and take him to lunch, since I didn’t have to be at the paper until three or four in the afternoon. But that meant most nights I did not have dinner with my son. I wasn’t there to make sure Ethan spent more time on his homework than on video games. I wasn’t there to keep him from watching countless episodes of shows about backwoods duck hunters or airheaded wives of equally airheaded sports celebrities or whatever the latest celebration of American ignorance and/or wretched excess happened to be. But the really troubling thing was, I just wasn’t
there
. A lot of being a dad amounts to being around, being available.
Not
being at work.

Who was Ethan supposed to talk to if he had a crush on some girl—perhaps unlikely at nine, but you never knew—or needed advice on dealing with a bully, and it was eight o’clock at night? Was he supposed to ask Mrs. Tanaka? A nice woman, no doubt about it, who was happy to make money five nights a week looking after a young boy now that her husband had passed away. But Mrs. Tanaka wasn’t much help when it came to math questions. She didn’t feel like jumping up and down with Ethan when the Bruins scored in overtime. And it was pretty hard to persuade her to take up a controller and race a few laps around a virtual Grand Prix circuit in one of Ethan’s video games.

By the time I stepped wearily through the door—usually between eleven and midnight, and I
never
went out for drinks after the paper was put to bed because I knew Mrs. Tanaka wanted to return to her own apartment eventually—Ethan was usually asleep. I had to resist the temptation to wake him, ask how his day had gone, what he’d had for supper, whether he’d had any problems with his homework, what he’d watched on TV.

How often had I fallen into bed myself with an aching heart? Telling myself I was a bad father? That I’d made a stupid mistake leaving Promise Falls? Yes, the
Globe
was a better paper than the
Standard
, but any extra money I was making was more than offset by what was going into Mrs. Tanaka’s bank account, and a high monthly rent.

My parents offered to move to Boston to help out, but I wanted no part of that. My dad, Don, was in his early seventies now, and Arlene, my mother, was only a couple of years behind him. I was not going to uproot them, especially after a recent scare Dad put us all through. A minor heart attack. He was okay now, getting his strength back, taking his meds, but the man was not up to a move. Maybe one day a seniors’ residence in Promise Falls, when the house became too much for him and Mom to take care of, but moving to a big city a couple of hundred miles away—more than three hours if there was traffic—was not in the cards.

So when I heard the
Standard
was looking for a reporter, I swallowed my pride and made the call.

I felt like I’d eaten a bucket of Kentucky Fried Crow when I called the managing editor and said, “I’d like to come back.”

It was amazing there was actually a position. As newspaper revenues declined, the
Standard
, like most papers, was cutting back wherever it could. As staff left, they weren’t replaced. But the
Standard
was down to half a dozen people, a number that included reporters, editors, and photographers. (Most reporters were now “two-way,” meaning they could write stories and take pictures, although in reality, they were more like “four-way” or “six-way,” since they also filed for the online edition, did podcasts, tweeted—you name it, they did it. It wouldn’t be long before they did home delivery to the few subscribers who still wanted a print edition.) Two people had left in the same week to pursue nonjournalistic endeavors—one went to public relations, or “the dark side,” as I had once thought of it, and the other became a veterinarian’s assistant—so the paper could not provide its usual inadequate coverage of goings-on in Promise Falls. (Little wonder that many people had, for years, been referring to the paper as the
Substandard
.)