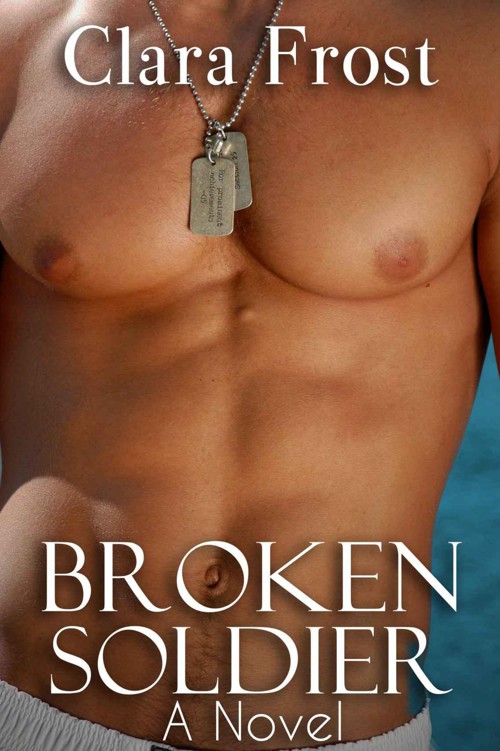 E
MILY
leaned into the hill, her breathing laboring as she tried to climb and chat at the same time. A pair of joggers passed her, their bronze backs glistening in the late afternoon sunbeams that streamed through the trees. She let her eyes follow them, but her mind trailed off, remembering jogging these trails with someone else.

“Sorry. What were you saying?”

“A blind date, Em.” Christa Harlow had been Emily’s best friend since they were both knee high to a kitten, and the entire time she’d always been the sort to try to help a friend. Even when it wasn’t wanted.

They crested the top of the hill, and Emily slowed down to a brisk walk. The warm breeze sent swirls of dirt on down the trail ahead of them. The Rocky Mountains stretched around and behind them, and the city of Boulder sprawled below.

Christa slowed beside her. “It’s been over a year, Em.”

“I’m a grown woman, Chrissy, and who I date, or not, is my own business.” The way Christa rolled her eyes told Emily all she needed to know about how the rest of the conversation was going to go. That wouldn’t stop her from arguing her point, though. Definitely not. If she wasn’t stubborn to the end, Chrissy would start to think she really was getting old. And twenty-seven was
not
old, dammit.

“So Paul knows this guy that would be just perfect for you, right?” She swatted Emily’s hand down when Emily tried to protest. “He’s a soldier, home from Afghanistan. He’s like, a special forces guy or something, and totally ripped.”

“I’m not in the market. Not yet. And besides, even if I was in the market--and I’m  not--I’m not into bulky guys. Body builders are gross.”

Christa snorted. “Special forces guys are fit, not bulky. They have to run up and down the mountains over there. I watched a special about it on the Discovery Channel.”

Emily looked down at her own curvy body and pursed her lips. She was too big to fit the modern definition of attractive. Hips too big, butt too big, legs too thick. “So he’s fit. That’s great.”

“Stop worrying, Em. You’re gorgeous. Just be yourself and you’ll be fine.”

Christa just didn’t understand. Thin and pretty, she’d had her pick of Boulder, hell, of Colorado. It wasn’t so easy when you had more curves than the road up to Pike’s Peak.

Emily spoke quietly. “It’s been sixteen months since I lost Scott. Before him, I dated two, count ‘em,” she held up both her middle fingers, “two guys.”

Emily wiped the sweat out of her eyes as they reached the bottom of the trail. She could see the parking lot ahead them, maybe a half mile. Their jog was almost over. Finally.

“Of course you’re not. But you’re going to meet him anyway. You have reservations at eight at Utnam’s.”

“At Utnam’s?” Emily processed that a moment. Thai food was fine, but-- “At eight? At eight tomorrow?”

A surge of panic went through her. “Call and cancel it. I can’t make it there. It’s”--she checked her watch, switching it from the run timer to the clock--“almost six already.”

Christa smiled. “You perform best under pressure, darling. Now hurry on home and get ready. I’m sure he won’t mind if you’re fashionably late.”

“I really hate you sometimes, you know that?” Emily stopped at the side of the trail, just short of the parking lot, taking a moment to stretch. Running off to get ready for some strange guy could wait on her hamstrings, otherwise she’d be wobbling through the rest of the evening.

“You’ll only hate me if he’s hideous. And he isn’t.” Christa stretched beside her, a look of triumph on her face.

“Maybe.” Emily couldn’t believe she was agreeing to a blind date. Not so soon. God, Scott would turn over in his grave. “So what’s his name?”

Emily rolled that around in her head. Rafael. Maybe he shortened it to Rafa, like the tennis player? It had a ring to it. Exotic, but grounded.

“Emily, it would mean a lot to me if you would at least have dinner with.” Christa’s voice was serious and calm, and altogether disconcerting. “If you won’t do it for your sake, do it for mine.”

“Thank you. If he’s boorish, just be polite and I’ll keep him from bugging you, okay?”

It wasn’t how she’d expected her Saturday afternoon to turn out, but maybe Christa was right. Maybe she should dip her toes into the dating waters again.

O one had told him how hard it would be to tie his shoes one-handed. At least he only had to worry about one shoe. Rafa snorted at the thought. He still thought this date plan of Paul’s was ridiculous.

Rafa adjusted the laces on the already-tied shoe on his prosthetic leg as best he could and set it on the floor, shoe, leg and all. There was just no way this girl was going to be interested, not once she saw him. The IED had torn him up pretty good, taking his right hand and right leg from the knee down.

It had taken more than that, though. It had taken his sense of self. For nine grueling years he’d been a warrior, honed to a razor’s edge both mentally and physically. Now he could barely shower on his own, and he woke up in the middle of the night panicked that he’d forgotten some detail for a mission he’d completed years ago.

And he couldn’t run for shit. That killed him. Running was his release, his safe haven, and he was stuck with a quick walk. The docs said he might be able to run again, but he knew better. Running was for warriors, not cripples.

The apartment was empty except for him. A little one bedroom job a block from the VA hospital and full of government issue furniture, but it was still bigger than any barracks room he’d ever stayed in. And it beat the snot out of sleeping on the ground.

Rafa adjusted the prosthetic leg, sliding his gray slacks over the top. Then he slid his leg into the padded cup and tightened the straps to hold it into place. The pants came up, and he got them buttoned on the third try. He had put some serious thought into replacing all his buttons with Velcro. There had to be a market for that right? What with all the folks missing hands.

He shook his head and pulled on a shirt. Gray slacks, long-sleeved maroon polo, and a pair of Chucks. If she didn’t like the clothes, she wasn’t his kind of girl.

“Alright,
hermano
, you can do this,” Rafa said to himself. “Just smile and nod.” He stopped in the bathroom to check himself over, and took an extra minute to run a shaver over his jaws, trimming his short beard down to stubble.

That done, he grabbed his keys and headed out to the car. It wouldn’t hurt to be a little early. It was a habit he’d learned in his first week of ranger school, and it wasn’t the kind of lesson that would wear off anytime soon.

He was halfway to the car when he realized that this girl, Paul had said her name was Emily, wasn’t the enemy, and showing up early wasn’t going to give him any extra time to perform a recon. He kept going, anyway.

Maybe it was a sign. The universe’s way of confirming that she wasn’t ready for another man in her life. That she should just go home to ice cream and E.L. James.

Emily eased her little coupe forward a few more feet, trying to merge back into the line of cars that stretched down the street in front of Utnam’s. A uniformed bellboy approached from the side, smiling.

He said something, but she couldn’t make it out through the window. She lowered it a few inches.

“Miss, do you wish to take advantage of our valet service?” He tried to be polite, but she could still detect a little roughness around the edges. Parking cars for a living probably didn’t pay the best.

Emily eyed the line of cars again. If the universe was providing her with a valet, maybe it wanted her to go through with the date.

“Yes. Please.” She put the car in “park” and clambered out.

The valet slipped around her and handed her a ticket with a number on it. “Present this at the hostess stand when you’re ready for your vehicle.”

“Um, thank you,” Emily said. “Hold on just a second.” She dug in her purse and gave him a ten.

The valet smiled even wider, tipped his cap and climbed into her car. She hurried to the restaurant and stopped inside at the hostess stand.

Two blonde girls in black cocktail dresses stood with iPads. They both had an imperial haughtiness, more appropriate in a law office than a restaurant. “Do you have reservations, Ma’am?” one of the girls asked.

Emily hesitated. She wasn’t old enough to be a “Ma’am,” was she? “Yes, but I’m not sure the name. Carpenter, maybe?”

Utnam’s was nicer than most places in Boulder. Plush carpets, polished hardwoods. It wasn’t anything special by New York or LA standards, though.

“Here he is,” the hostess said. “Enjoy your meal.”

Emily stumbled and caught herself on the back of another diner’s chair. She didn’t even have the breath to apologize.

Shoulder length brown hair that fell in waves, a strong chin that looked like it was chiseled out of marble, and lively green eyes that danced like leprechauns. And to top it off, he had a neatly trimmed five o’clock shadow that gave him a rugged, charming aura that was just... delicious.

Emily took a halting step forward. “Hi, I’m Emily.” Her mouth felt as dry as a jar of cotton swabs.

He rose, tucking one hand behind his back and bowing slightly. “Rafael Carpenter. My friends call me Rafa.” His accent had a faint, cultured Spanish tint to it. She could listen to him talk for hours, she decided.

Emily wasn’t sure what to do with the hand he held out, so she tried to shake it. Instead, he caught her wrist, and lifted it to his mouth. He gave her the most delicate kiss. He moved around her, his steps careful, precise. He slid her chair out and motioned for her to sit.

Emily sat, speechless. Rafa was utterly overwhelming, but it was in the most wonderful, gentlemanly way possible.

Well, maybe Scott would understand, she decided. At least a little bit.

Rafa sat across from his date, trying to form words. She was stunning. Paul hadn’t said much about how she looked, just that she was friends with his wife, but
madre de dios
she was amazing. A smile that could power a village. Curves a man could explore for months.

Those curves. Heavens above, those curves. He’d had his pick of women in days gone by, and he’d never seen one like her. A body to make Marilyn Monroe swoon.

But enough ogling. The Army taught him to follow his mission at all costs, and the mission tonight was to have a good evening. He tucked his right arm into his lap, keeping his stump carefully out of sight.

A Shot Rolling Ship by David Donachie
Women and Other Monsters by Schaffer, Bernard
The Beauty by Jane Hirshfield
Another Marvelous Thing by Laurie Colwin
An Unwilling Husband by Tera Shanley
That Kind of Girl (Fillmore & Greenwich Book 2) by Kate Perry
Drenched in Light by Lisa Wingate
Finding Noel by Richard Paul Evans
Immortal by V.K. Forrest
Loving Bailey by Lee Brazil
Our partner