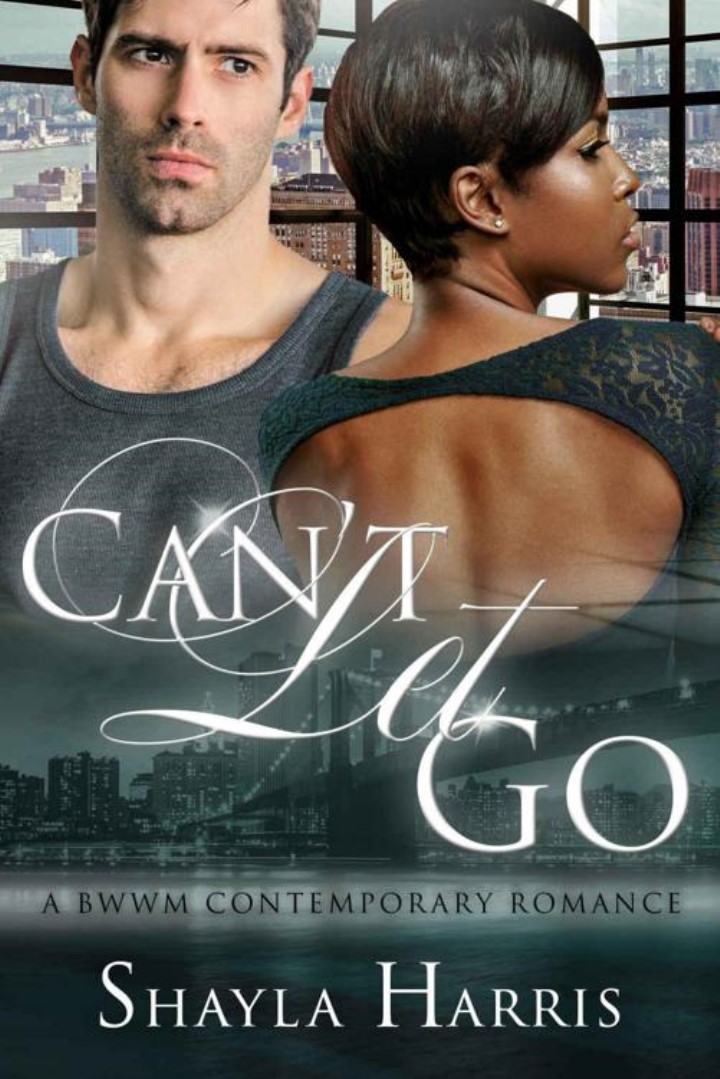 All
rights reserved. No part of this book may be reproduced or transmitted in any
form without written permission from the publisher or author. If you are reading
this book and you have not purchased it or received an advanced copy directly
from the author, this book has been pirated.

This
is a work of fiction. Names, characters, places, and incidents either are the
product of the author’s imagination or, if an actual place, are used
fictitiously and any resemblance to actual persons, living or dead, business
establishments, events, or locales is entirely coincidental. The publisher does
not have any control and does not assume any responsibility for author or
third-party websites or their content.

For Theo.
My real Antoine.

Wedding columnist Rashida Quentin will never forget the day her
ex-boyfriend’s wedding announcement landed on her desk. Her fallback guy, the
guy she’d dumped just months prior when things became a little too boring and
predictable, was suddenly engaged to be married. But it wasn’t just that. His
fiancé?
Ridiculously stunning local news anchor, Ayla
Giovanni.

Suddenly consumed with jealousy, Rashida is forced to reconcile
feelings she never thought she’d feel towards him ever again. What did Ayla see
in Antoine that she didn’t? And did she only want him because she couldn’t have
him?

But when Rashida meets Kevin
Harris, the striking, charming, and somewhat elusive detective who happens to
live conveniently in the same apartment building as Ayla and Antoine, she’s
forced to straddle the line between moving on and never letting go.

AUTHOR’S NOTE: This is a
stand alone
full length romance with no cliffhanger!

I knew exactly how I got
there, but I didn’t know what I was going to do once I had arrived. As I stared
at the green street sign, I reached into my left pocket and pulled out a torn
piece of newspaper with an address scribbled on the top in red ink:

Across the street was a piano
bar called Lem’s where some local five-o-clockers were piling in for a few
beers and shelter from the impending storm.

I wasn’t paying much
attention to the discordant flashes of lightning, the rumbles and
groans
coming from above, or the hit and miss water droplets
starting to fall from the sky.

I
balanced my tote over my left shoulder as I retied the belt on my khaki trench
coat. My face felt hot and my skin felt clammy and damp. My hair started to
stick to my neck and I could feel it beginning to swell and curl from the
humidity.

I
hurried into Lem’s and took a seat near the bar by the window that directly
faced Dewberry Apartments on Vine. For a moment, my stomach fluttered from a
mixture of anxiety and unsubstantiated elation.

“Ma’am?” A skeletal, bearded
bartender in his late thirties placed a napkin on the bar in front of me.

“Amaretto and diet, please.
Thanks,” I said. I flashed a two-second smile and quickly turned back to the
apartment building across the way.

The bartender swiftly
returned and sat the drink in front of me, grabbing my
five
dollar
bill and leaving two lifeless quarters in its place. Before I
could tell him to keep the change he had vanished and was already tending to
other patrons.

I watched as throngs of
umbrella-holding nine-to-fivers made their way through the maze of people all
trying to get home for the day or at least to someplace dry.

By 5:30 my drink was nearly
finished and my neck was getting sore from holding it in one position for so
long. My palms began to sweat and I could feel my face flushing again. Any
minute now, Antoine would be walking through the front door of Dewberry
Apartments—at least, I hoped.

It
had been over a year since I’d last spoken with him, a conversation that had
occurred when I’d decided to end things for reasons I couldn’t admit to his
face. I assumed he had the same old job at the same old IT company and worked
the same old schedule. This apartment was new, though. He hadn’t lived in this
area a year ago.

I wondered how long he had
been living just two blocks from my office and if he had moved there on the off
chance he might run into me someday.

“Is this seat taken?” a dark
haired, clean-cut suit asked.

“Go right ahead,” I replied,
barely making eye contact. I refused to take my eye off the mark and miss the
chance of seeing Antoine walk into that building. My own curiosity was my
number one priority.

“Are you cold or something?”
the suit asked.

“You’re still wearing your
coat. I think it’s kind of hot in here myself.”

“Oh. I hadn’t even noticed,”
I muttered, uninterested. Couldn’t he see I was busy?

“What are you watching?”

“Those guys said you’ve been
staring out the window for at least a half hour.”

“What guys?” I turned around
and scanned the bar.
A group of guys not much older than
twenty-one were seated around a table chuckling and avoiding eye contact with
me.

“Don’t worry about them. I’ll
let you get back to your bird watching.” The suit winked and flashed a
blindingly white smile.

“Excuse me.” Not one to allow
myself to be mocked by an overconfident meathead, I grabbed my drink and
relocated to a table closer to the window.

Another twenty minutes
passed, and there was still no sign of Antoine. I started to feel like the
crazy, stalker ex-girlfriend that I always tried so hard not to be. I wondered
how many times Antoine saw me walking these very streets, and I wondered how I
could have missed seeing him. Lastly, I wondered why it mattered to me all of a
sudden.

The rain let up and a
merciful break in the clouds allowed some sunlight to seep through. The streets
slowly dried and patrons began sporadically exiting the local shops and
eateries with shopping and doggy bags in hand.

By 6:30 I had downed my
second amaretto and diet. After silently debating whether or not to stick it
out, I decided to call it a night and head home. But first I made a couple laps
around the block, walking slowly up and down Vine Street. I didn’t want to feel
like I waited there like a crazy person for absolutely nothing.

As I took my time walking
down Vine, I noticed the suit up ahead.

“Oh,
wow,” I mumbled out loud. I looked down at the ground, hoping he didn’t see me.
I fished around in my tote trying to find my cell phone desperate to find a way
to seem unapproachable.

“Hey.” Of course he had to
acknowledge me. “Weren’t you the girl who sat at the bar for over an hour
staring at this place?”

I rolled my eyes. “Yep. Sure
was. Just waiting for a friend. Never showed.”

“Oh, really?” he said. “Who
do you know that lives in this building?”

“I live here. I know pretty
much everyone.”

“I don’t think you know my
friend. She just moved in.”

“That’s easy. There are only
two girls in this whole building.” The suit was persistent. “Ayla Giovanni and
Maria Johnson.”

The suit started to laugh.
“You just made that up. There is no Maria Johnson in these apartments. You’re
not stalking Ayla because she’s on the news, right?”

Insulted and secretly
impressed by his lie detection skills, I snorted, “Of course not. What’s your
deal, anyway?”

“Look, I’m sorry for giving
you a hard time. I really am. I’m Kevin Harris, by the way.”

“Nice meeting you,” Kevin
said. He flashed a million dollar smile as he dangled his keys and proceeded up
the steps. “I’m not stalking you, by the way. I live here.”

“Don’t worry about it. It’s
been one of those days.”
The suit was slightly charming
,
I had to admit
.

The street seemed to have
emptied, and we were suddenly the only two on the block. It was quiet for a
second as if neither one of us wanted to leave. A minute later, the sound of
laughter echoed up the hollowed street. Two people, a man and a woman, linked
arm in arm, rounded the corner and turned up Vine Street. It was Antoine with a
dark-haired beauty on his arm.

In a mental panic, I blurted,
“I should go.”

“No, I have to.” I quickly
trotted up the street in the opposite direction of the oblivious twosome.

“Fine.” I jutted around and
pushed him in the door. “Quick, I have to pee. Sorry.”

He walked a few steps to
apartment 1A and unlocked the door in a hurry. “Bathroom’s the second door on
the right.”

“You are really starting to
freak me out.”

“
You
started talking to
me
.
I would have been perfectly fine without you trying to stir up trouble back
there at the bar,” I ranted.

I walked over to the living
room window and peered outside.

The
couple
were
still linked arm in arm and were simultaneously making their way up
the stairs. I could hear keys jingling as the big front door opened and closed.

“Will you excuse me for a
sec?” Kevin asked. He made his way to the second door on the right.