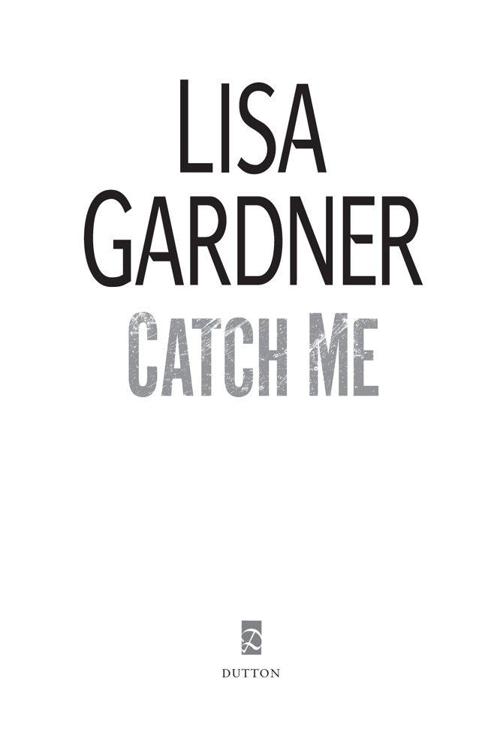 Published by Dutton, a member of Penguin Group (USA) Inc.

T
HE LITTLE GIRL WOKE UP
the way she’d been trained: quickly and quietly. She inhaled once, a hushed gasp in the still night, then her eyes fixed on her mother’s drawn face.

The girl threw back her covers and sat up. The winter night was cold; she could see her breath as a frosty mist in the glowing moonlight. The little girl was prepared, however. She and her older sister always slept fully dressed, layering T-shirts, sweatshirts, and coats regardless of season. You never knew when
They
might come, flushing their prey from warm sanctuary into the treacherous wild. Unprepared children would fail quickly, succumbing to exposure, dehydration, fear.

Not the little girl and her sister. They’d planned for such events. Their mother, from the time they could walk, had trained them to survive.

Now the little girl grabbed her backpack from the foot of her bed. She slipped the wide straps over her shoulders while sliding her small feet into her loosely laced sneakers. Then she followed her mother onto the darkened second-story landing. Her mother paused at the top of the stairs, finger on her lips, as she peered down into the gloom.

The little girl halted a step behind her mother. She glanced toward the back of the hall, where her sister usually slept. The tiny rental didn’t allow for her older sister to have her own room, or even her
own bed. Instead, her sister slept on the floor, with her coat as a mattress and her backpack as a pillow. As a good soldier should, their mother said.

But the spot against the far wall was empty—no sister, no coat, no frayed red pack. Fully awake now, the little girl felt the first tingle of fear and had to resist the urge to call out her older sister’s name.

Her mother’s instructions on this subject were firm: They were not to worry about each other, they were not to wait for one another. Instead, they were to get out of the house and into the woods. Immediately. Once they’d managed to safely evac and evade, then they would meet up at the predetermined rendezvous points. But first priority, get out of the house, elude capture.

And if they did not…

As their mother had told them many times, thin features pinched, face too old for her years: Be brave. Everyone has to die sometime.

The little girl’s mother descended the first step, staying to the far right, where the riser was less likely to groan. Her oversized wool coat swirled around her legs as she moved, like a black cat weaving around her ankles.

The little girl followed in her mother’s wake, placing each foot with similar care while she strained her ears for sounds from the darkness below. Their tiny two-story rental used to be a farmhouse. It was located away from town, down a long dirt road on a dusty brown patch of land at the edge of the woods. They had no roots in the community, no ties to their neighbors.

Everything the girl owned, she wore on her back. From clothing to water bottle to dried fruit and almonds to one battered Nancy Drew novel she’d bought for ten cents at a garage sale to a quartz rock she’d found two years ago along another road in another town where her mother had also woken her and her sister in the middle of the night and they’d never seen that house again.

The little girl had her backpack, her older sister, her mother, and this.

Her mother had reached the first floor. She held up her hand, and
wordlessly, the little girl halted. She still heard nothing, but watched silvery dust motes swirl around her mother’s boot-clad feet.

Now the little girl could hear a noise. A rattle, followed by two thumps. The old furnace, finally registering the chill and kicking to life. After another moment, the distant thumping ceased and the midnight hush returned. The little girl looked. The little girl listened. Then, unable to determine any sign of danger, she peered up solemnly at her mother’s pale face.

Sometimes, the little girl knew, they didn’t flee in the middle of the night because of the infamous evildoers, the nameless threat lurking in the shadows.

Sometimes, they fled because training didn’t allow time for working, which didn’t allow for money to pay for rent, or heat, or food. “They” had a lot of strategies, and keeping the little girl’s family hungry, cold, and tired was the most effective of all.

At this stage of her life, the little girl could drift as soundlessly as a shadow and see as keenly as a cat in the dark. But maybe her stomach would growl, or her body would shiver. Maybe, in the end, being too hungry, too cold, and too tired was all it would take for her to give her family away.

Her mother seemed to register her thoughts. She half turned, taking the little girl’s hand.

“Be brave,” her mother whispered. “Child…”

Her mother’s voice broke. The rare and unexpected show of emotion scared the little girl far more than the dark, the cold, the too quiet house. Now she clutched her mother’s hand as tightly as her mother held hers, realizing this wasn’t a drill. They were not practicing. They were not planning.

They
had found them. This was the real deal.

Her mother moved. Pulled the little girl toward the small kitchen, where the bank of windows allowed the moon to pool on the floor and cast rows of finger-thin shadows around the edges.

The girl didn’t want to go anymore. She wanted to dig in her heels. Stop the madness. Rush upstairs and bury herself beneath the blankets on her bed.

Or bolt out the door. Flee from her home, the tension, her mother’s harshly lined face. She could race to the old white house on the other side of the woods. A young boy lived there. She watched him sometimes, spied on him from the sprawling oak tree. Twice, she caught him watching her back, expression thoughtful. She never said a word, though. Good girls didn’t speak to boys. Soldiers did not consort with the enemy.

SisSis. She needed her older sister. Where was SisSis?

“Everyone must die sometime,” her mother was muttering. She’d reached the middle of the kitchen, stopping abruptly. She seemed to be studying the moonlight, maybe listening for sounds of further danger.

The little girl spoke for the first time. “Mommy…”

“Hush, child! They could be right outside the kitchen. Did you think of that? Right there. Outside that window. Backs resting against that wall, listening to our every footstep. Already getting hard and hungry with the thought of what they’ll do to us.”

Smoke Encrypted Whispers by Samuel Wagan Watson
Other Alice by Michelle Harrison
Death of a Coupon Clipper by Hollis, Lee
Horseshoe by Bonnie Bryant
Trophy by Julian Jay Savarin
The Return by Hakan Nesser
Look to the Rainbow by Lynn Murphy
Dragon House by John Shors
Insperatus by Kelly Varesio
The Far End of Happy by Kathryn Craft
Our partner