“Because Loki chopped off her hands,” Fable said, Loki’s name sounding bitter on her tongue.

“There is really nothing we can do without knowing Charmwill’s True name,” Axel said, glancing at Bitsy arranging the alphabet magnet on the refrigerator. He arranged it after Charmwill’s name this time.

Pickwick had been lost without his master for sometime.

Sorrow didn’t seem to be the town for him, and he couldn’t befriend anyone. Not because people were necessarily bad, but Pickwick was worried someone would get close enough to him and gain the secret to unlocking the Book of Beautiful Lies. Pickwick’s main purpose in life was protecting the book after Charmwill had been killed by the Queen of Sorrow.

Even Loki, who should have become Pickwick’s master after Charmwill’s departure, hadn’t been around for some time. Last time Pickwick checked, he saw Loki locked in a coffin in Candy House, looking like a Sleeping Beauty awaiting his resurrecting kiss.

Axel, Fable, and Shew forgot about Pickwick the Parrot. No one fed him or played with him. He knew that it was unlikely they would care for him when they’d only known him for two days, but he was used to his master taking good care of him. Even Nine the cat and Mr. Squirrel ate Pickwick’s food and were mean to him.

Pickwick fluttered his lonely days over Sorrow, picking up the food left in the Belly and the Beast’s garbage, still hoping his master would return. To be precise, he was trying to resurrect Charmwill.

In the old days, Charmwill had told Pickwick how some people were blessed with a second life, but only if a dear friend knew of their True Name, which was essential to the resurrecting process. Pickwick, like Cerené, did know Charmwill’s True Name. Ironically, he was mute and could not utter it.

Bored, Pickwick fluttered his way to the Schloss. It was a scary place, and Pickwick wasn’t brave. His main power as a mute parrot was being secretive, not courageous. He decided to turn around and flew back to Sorrow, passing by the Black Forest, the Swamp of Sorrow, and Buried Moon Cemetery.

Pickwick fluttered over Candy House for a while, wondering what everyone was doing. He stood by the window, watching Fable staring at the alphabet magnets on the refrigerator. She had Bitsy organize them after Charmwill Glimmer’s name. Bitsy was proud of himself, standing on her shoulder as she was wondering what Charmwill’s True Name could be.

Pickwick was about to lose his mind. If he could only speak, he could have told Fable about the name. It was an easy name, right in her face. Why couldn’t she see it?

In his frustration, Pickwick knocked his beak three times on the window.

“Pickwick!” Fable said, happy to see him. “Where have you been?” she opened the window for him and cuddled the parrot. “Bitsy, say ‘hi’ to Pickwick.”

It was obvious that the two didn’t like each other the least. Pickwick clawed himself atop of the refrigerator and pointed at Charmwill Glimmer’s name.

“I know. I know,” Fable said. “We all want to know his True Name so we can bring him back. Bitsy wrote it by the way. Isn’t he adorable?” Fable kissed her tarantula. Pickwick wiped his mouth with his wing on her behalf. “I really wish I could figure out Charmwill’s True Name,” she added.

Frustrated, Pickwick started pecking at the alphabet magnets with his beak, trying to rearrange them. He was going to write Charmwill’s True Name, but Bitsy got angry he messed up his writing and attacked Pickwick on the refrigerator.

Pickwick tried to push Bitsy away in a fight o hair and feathers. Finally, Pickwick knocked the tarantula down with a firm hit with his forehead. He began knocking his beak on the alphabets again. The letters were loose and he couldn’t arrange them with his beak the way he wanted.

Fable still seemed confused, “Are you trying to tell me that you know Charmwill’s True Name, Pickwick?”

Pickwick rolled his eyes, and let out a long sigh.

“What is it? Tell me,” Fable shook him by the shoulder as if he were human. She wrinkled his feathers, which he combed and took care of everyday just in case he met a parrotess—he thought of himself as a parrot prince so his princess had to be a parrotess.

Having been shaken enough, Fable recognized her stupidity. Pickwick was mute. She stood in front of the refrigerator and started rearranging the letters herself.

“So Charmwill’s name is anagram to his True name, the way Mircalla is an anagram for Carmilla?” she squinted, asking Pickwick. She thought she was good with anagrams, thanks to her dyslexia. But still, she couldn’t figure it out.

Pickwick fluttered all aver the room, happy Fable got it finally. He kissed her with his beak on the cheek—he always had a problem with that part, and wondered how he’d execute his first kiss when he met the parrotess of his dreams. Then Pickwick flew over, checking on Axel. He had no doubt Fable would figure out the anagram in a while.

Pickwick saw Axel playing some Zombie game on his TV. He landed on the couch next to Axel, wondering if he’d let him play. Killing zombies on the screen was fun. Besides, Axel was on one player mode since Loki was in the coffin.

Pickwick began pecking the remote with his beak, then trying to control it with his claws. It was a hard task.

The harder task was facing Axel who continuously shushed him away and told him to go sit next ever-annoying Itsy.

Pickwick decided Axel was an ass. He thought they should have named him Assel or something, and swore the first thing he’d do when he could speak again was tell him that.

It was almost sunset, and Shew sat outside by the porch.

Fluttering outside, he saw she was holding Loki’s necklace in her hand. Silently, Pickwick watched her trying to decipher the writing on the front and the back of the pendant. She tried everything that crossed her mind, and still nothing made sense. Even Pickwick couldn’t interpret the pendant’s meaning.

Axel kicked the front door open and stood on the porch as Pickwick tried to avoid him as if he reeked of rotten apples.

“I discovered something new,” he told Shew. “J.G. claims only three of the Lost Seven are here in Sorrow. The other four are still trapped in the Dreamworld.”

“So Axelus the Great has to find them and save them,” Axel had his hands in his waist. “Why do I feel like I should have been the Chosen One?”

“You eat too much for a Chosen One,” Shew joked, still staring at the pendant.

“I’d roll the pendant on its axis if I were you,” Axel said. “If you do that, the two images will overlap and create a new readable image. It’s an old trick. Everybody knows that.”

How had she never thought of it?

Pickwick, clinging to a nearby tree branch, watched Shew roll the pendant. The front and back engravings, powered by the speed of rolling on the axis, merged and formed one coherent sentence. 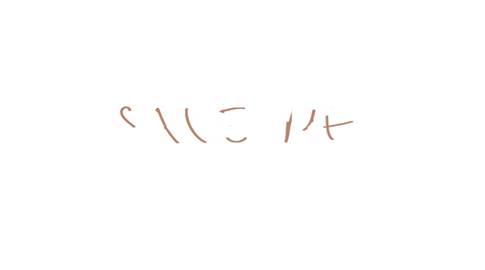 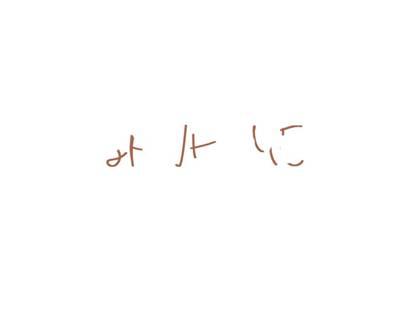 It was clear as night and day.  Right there in front of her. They were like a jigsaw puzzle. All she needed was to connect them together.

Even Pickwick raised an eyebrow, reading the message Loki had been trying to send Shew all along.

Shew read the words and started crying hysterically. She was shivering hard with the pendant still in the palm of her hand. How could that be, she thought. She didn’t’ need to feel this right now after she’d killed Loki.

But before she could deal with the conflicting emotion of what she’d read on the pendant, Fable shouted from inside…

Axel dashed back through the door, and Shew followed, tears sticking to her eyes.

Pickwick followed them both, wondering how they’d feel about the discovery. He knew that knowing Charmwill’s True Name was going to be a shock. It was true that it was going to help them resurrect him, but it will raise more questions about the Dreamworld and what really happened to fairy tales.

“How could that be?” Fable said, pointing at the rearranged letters of Charmwill Glimmer.

Bitsy jumped on the refrigerator again, wanting to rearrange Charmwill’s name. He thought the name he was reading was so wrong. It just couldn’t be.

Pickwick  picked up Bitsy with his beak and threw him away, plastering on the foggy window, giving time to Shew and Axel to read Charmwill’s name.

“Is this an anagram for his name?” Axel’s face knotted, unable to comprehend.

“But that makes no sense?” Shew said, still hanging onto Loki’s necklace. “Charmwill Glimmer, Loki’s Guardian, is actually…” she couldn’t pronounce the discovery.

“Fable?” Axel pulled her by the shoulder. “Are you sure? Did you maybe add a or subtract an alphabet?”

End of Cinderella Dressed in Ashes

Book #2 in the Grimm Diaries

Next book will be

Book #2 in the Grimm Diaries

From the Queen of Sorrow’s point of view.

Since the beginning of this series, the awesome readers and fans helped me break tons of rules, starting from the idea of prequels and ending with a series that could be read through many parrarel books and on my many different levels of perception.

To celebrate this unusual style, Cinderella Dressed in Ashes doesn’t only end with a twist, but one that you will have to solve. Loki’s message should be easy to figure out. If you figure it out, send the answer to the following email:

All ‘right’ answers will be chosen to enter endless giveaways from necklaces and artwork made by other fans for the series, free paperback editions, and free advance copies for the coming books in the series.

Psst. If you know the answer, don’t tell anyoneJ

List of the Grimm Diaries Prequels available so far:

Including the following Prequels:

2
Cinder to Cinder & Ashes to Ashes

as told by the Devil

as told by Beauty

as told by Moongirl

as told by Rumpelstiltskin

as told by Sandman Grimm

Rose Gold by Walter Mosley
With Every Breath by Niecey Roy
Remember The Alamo by William W. Johnstone;J.A. Johnstone
Murdoch's World by David Folkenflik
Priestley Plays Four by J. B. Priestley
Cupcake Couture by Davies, Lauren
Chicago Assault by Randy Wayne White
This Weakness For You (Entangled Select Otherworld) (Taming the Pack) by Wendy Sparrow
Her Mistletoe Protector by Laura Scott
1 by Gay street, so Jane always thought, did not live up to its name.
Our partner