Read City of Dragons: Of Flesh and Blood Online 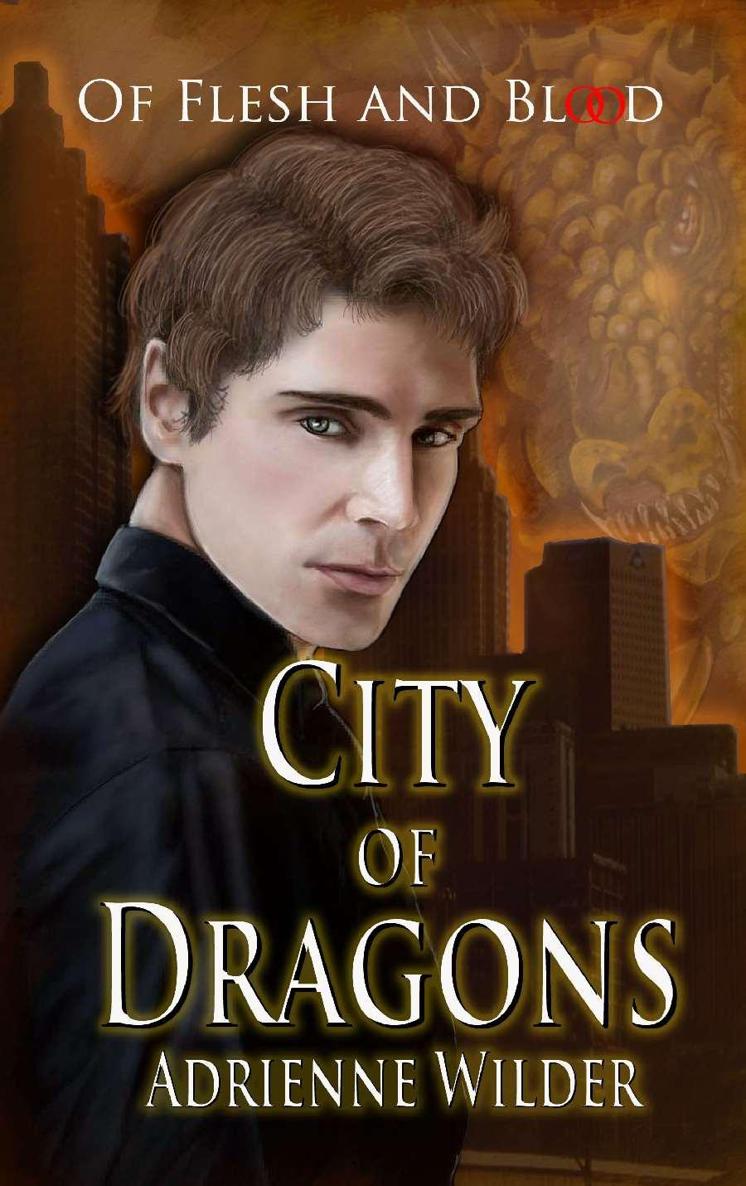 The following story is a work of fiction. Any semblance to persons alive or dead and or events that have occurred is purely coincidental.

I apologize in advance for any mistakes, typos or comma misplacements as I am unable to afford a professional editor. Maybe one day I will be able to change that. I am fortunate to have the many eyes of my beta readers who help me, and I must extend a special thank you to them. I also must say thank you to the reader for purchasing the second book in the City of Dragon’s series. I hope you enjoy.

Gladys, Jewel, Jessica—who always have something to say to cheer me up.

Denise, Roz, Jill, and Crystal who have been there since the start.

Cathy—who like Apple and their aps—has a prayer for that.

Linda and Jon who kept the yard looking nice while I was glued to the computer.

My special beta-readers and long distance pen-pals, Camilla and Ann.

My fans—who inspire me with every email they send.

Last but not least, my mother, who I miss every moment of every day.
Glossary of Common Terms and Kin Words

Arena Fights:
A cross between gladiator style fighting and sumo wrestling where Half-Breeds are pitted against each other for sport.

Become
:
The process of the Human body going from physical to metaphysical as they Shift and become Lesser-Bred.

Belong
:
To be bonded to another through metaphysical means. Humans who belong are not immortal, but they live a very long time and cannot live without the Kin they are bonded too. This term also refers to metaphysical bond between a Dominant and a Submissive. This is almost exclusively between Female who ?owns? a Male.

Blood Rage
: Loss of control due to not Feeding.

Bonded Pair:
Two males who share metaphysical energy signatures. May or may not be Brothers. Always the same rank in the Food Chain.

Brother:
Males who emerge from the hatching ground together.

Clicking
: A rapid fire tick-tick sound emitted by Kin and Lesser-Breds. This sound is almost exclusive to submissives within a group or white-scales.

Dens
: Territory owned by the Queen.

Dominant
: Male that has established dominance in the Dens. Dominants can be ?made? from birth or a Male can fight his way to the top. A ?true Dominant? is a Male who obtains the position because he is metaphysically potent–rather than by skill and brutality.

dominant/dominance
: social rank. One male maybe dominant over another. And may or may not be a Dominant.

Elder:
Any Kin one thousand years or older.

Female
: A title. The highest level of dominance. Refers to Kin who take on a Human female form.

Feed:
The act of taking Blood, Flesh, or Metaphysical energy.

First RHage:
A Queen‘s most powerful RHage. What she is imprinted with by her Mother. There are four: Fear, Flesh, Blood, and Violence.

Food:
Lower than a submissive. Sole purpose is to Feed others. Usually do not survive the hatching grounds. Also a derogatory name to reference another Kin.

food
:
Substance that is consumed.

Food:
When a Kin is a source of sustenance–a title.

Gray-Zone:
The multi-block area surrounding the Dens. There are no real markers for the Gray-Zone but the area is very dilapidated and the city does not enforce codes, taxes, or provide police protection. Utilities and housing are almost always free in the Zone, as well as the basic needs such as clothing and some food.

Hatching Grounds:
Where eggs are hatched and survival begins.

Hive:
The Queen‘s domain. These are located below ground usually in major cities.

Hot Load:
Reference to blood and flesh that is not safe to consume. Usually found in half-breeds. Results vary.

Impress
:
The act of acquiring phenotypic, genetic, and metaphysical, traits.

Kept:
Term most often used when referring to Lesser-Breds who are under the protection of a particular Male. Lesser-Breds cannot
belong
, but they can be kept, scent marked and feed a Male giving them value and protection. Most often done by ferals who use Lesser-Breds as a source of income by selling their flesh, blood, and sexual favors.

Lesser-Bred:
Half-breed and Human offspring or any generation thereafter. Lesser-Bred should be capitalized. Because Lesser-Breds can be safely used as Food, which means they have value. Side note: The further away (genetically) a Lesser-Bred is from it‘s half-breed sire, the more likely they are to go through physical mutations. The closer they are to their Half-Breed Sire, the more Human they can appear. This is the general rule–although not set in stone. 4-8 generations removed usually have the strongest blood for feeding, and obtain some of the ethereal appearance of their Kin ancestors.

Link:
Human Metaphysically tied to a Kin. Humans who ?belong?.

Made:
To be designed through metaphysical and genetic manipulation.

Male:
A title: Refers to all Kin who hold the shape of a Human male. Males can be high or low on the food chain.

mark or marked: The scar left by a Kin, Male or Female.

Metaphysics:
The energy emitted by all Kin and Lesser-Breds. It is also studied as a science.

Mother:
Term reserved for the Female who nurtured a Female or a Prince.

Need:
The biological requirement to
feed
.

New:
Same thing as the word young and more accurate because Kin are not born but made.

Owned
:
To be under the control/protection of another.

Pet:
Humans who are owned by Kin often serve a Queen but are not her Link. A Female can ?
own
a Human and endow them with strength and longevity through her mark. A Male can only ?
own
a Human by scent marking them. Being
owned
by a Male does not increase longevity or health.

Physical form:
Most often refers to a Human shape.

Purr:
This sound is a cross between the purring noise made by a large cat like a lion or tiger and the churring sound produced by whales. It can be a continuous tone or rise up and down. Purring stokes metaphysical heat and can create a euphoric feeling. The sound has a positive effect on cellular reproduction and represses pain receptors.

Rage:
Anger caused by a loss of control over instinct also a biological boiling point due to self-neglect or deprivation of meeting ones need.

RHage:
A Queens preternatural power. There are four distinct types, Fear, Violence, Blood, Flesh. A Queen can only have one first Rhage, but she can posses all four.

Rise:
Biological surge, the wave of metaphysical power or physiological changes as the body reaches a peak. Also refers to approaching one‘s need. Rise is also a term used by Lesser-Breds who are at the peak of their Shift when they go from Human to inhuman.

Roll:
The act of a Metaphysical Feed. This is usually only done by Females. Dominant can also do it to lower ranking Males or Lesser-Breds. Lesser-Breds can perform this on Humans which is why Lesser-Breds are valuable as whores. Only the Female Roll is upper case. When a Male performs this act or a Lesser-Bred it is
roll
with italics.

roll:
Act of domination of one Kin over another, can result in sex, feeding or both.

Scent:
Act of drawing air over the palate to taste.

Shift:
To change from Human form to Kin (dragon). Or go through the metaphysical transformation where Humans become Lesser-Bred.

Son:
A Prince to a Queen. One Male, specifically designed for the purpose of supplying metaphysical variation, for breeding. Usually a gift to another Queen.

Diary of an Expat in Singapore by Jennifer Gargiulo
The Galliard by Margaret Irwin
Dawn of the Dead by George A. Romero
American Childhood by Annie Dillard
The Memory Key by Liana Liu
Mr. Mysterious: A Mister Standalone (The Mister Series Book 4) by JA Huss
24 Hours: An intense, suspenseful psychological thriller by Claire Seeber
El imán y la brújula by Juan Ramón Biedma
Demon Bait (Keeley Thomson) by P.S. Power
The Fifth Codex by J. A. Ginegaw
Our partner