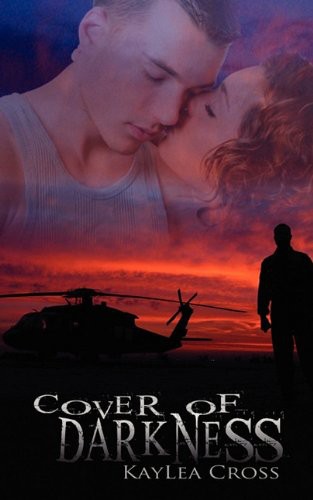 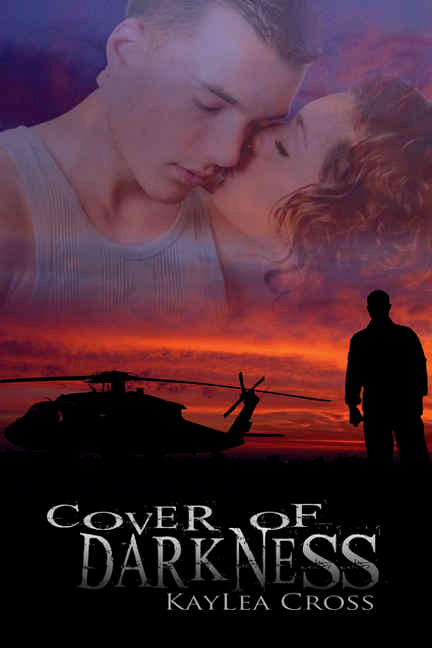 Praise for Out of Her League

Thank you for purchasing

Her lungs burned, her thigh muscles straining under the burst of adrenaline shooting through her veins.

Two soldiers jumped out of the chopper with their rifles up, and her heart gave a great leap of fear. She almost stopped, but remembered Dec's warning and kept sprinting. The men fired past her, the muzzles of their guns spewing fire in the darkness. The bullets sang as they whizzed past her, some close enough she felt their heat. Was Dec still out there behind her?

One of the soldiers motioned with his arm, waving it toward the ground as she drew closer.
Don't stop! Keep
going.
He was yelling something, but she couldn't hear him over the rotors. What was he saying?

His arm kept moving, and as she drew nearer, she saw the urgency on his face, saw his mouth move.

Terror froze her. Her heart rang in her ears. Everything morphed into slow motion. Instinctively covering her head with her arms, she dove. A blast exploded behind her, rendering her blind and deaf. She plowed into the ground as sharp and hot objects peppered her arm and back, like she'd been stung by a swarm of angry bees.

Disoriented, terrified, she lurched up onto her knees, saw the soldier from the helicopter running flat out toward her.

The wounds burned like hellfire, and something warm was dripping over her skin. Blood. Her blood.

Pushing to her feet, she staggered a step, then fell flat.

She scrambled up again, determined not to die out here in the desert when she was so close to safety.

Praise for Out of Her League

"Ms. Cross writes well, with smoothness and polish and her ability to create sub plots means that she makes a [stalker]

theme refreshing. Go for it—this is a super read."

~Between the Lines WRDF Review

This is a work of fiction. Names, characters, places, and incidents are either the product of the author's imagination or are used fictitiously, and any resemblance to actual persons living or dead, business establishments, events, or locales, is entirely coincidental.

To Todd and the weasels.

Thanks for your support in

helping me realize my dream;

I know it isn't always easy. Love you guys.

I would also like to thank Captain Kevin Cmolik of the Royal British Columbia Dragoons, and Bob Mayer, US Army, retired, for their invaluable information during the writing of this book. Any mistakes made are mine.

As the platter of deviled eggs passed by, Bryn McAllister's stomach howled in protest beneath her elegant Versace dress. The fruit and croissant she'd snagged on her way to the armored Range Rover that had taken them to the embassy that morning had worn off about six hours ago. But her father had more important things to worry about than interrupting their crammed schedule for lunch. She eyed the plates on the buffet longingly.

She glanced to her right and caught the American ambassador's knowing smile. "Starving."

"No doubt your father kept you busy all day without thinking to feed you."

"Yes." Not that she'd expected anything different. It was always like that when he was working. Her father, a constant whirlwind of energy, would never think to eat unless one of his staff brought him something. She should be grateful they had so many dinner functions to attend while she was here for her visit, otherwise she might starve.

The ambassador leaned over, his blue eyes twinkling behind rimless glasses. "Food's probably another forty-five minutes away. Wait here and I'll see if I can sneak us a piece of bread."

"You're a godsend," she whispered back, smiling as he left the table.

As she followed his progress across the dining room, a movement caught her attention, and her gaze halted on a waiter standing in the corner. She would have looked away, but something about the guy's posture didn't feel right. Stiff against the back wall, dressed in a crisp white uniform, the slight- built man radiated tension. She watched him for another minute, noting how his gaze darted about him, and how he kept wiping his upper lip across his shoulder. He seemed to be sweating profusely, even though the embassy dining room was quite comfortable, almost cool with the air conditioning. In her halter-neck, peacock-blue, silk evening gown and high-heeled sandals, Bryn bordered on the verge of chilly.

Yet the man in the corner appeared to be melting like butter in a hot saute pan. Was he ill?

Either he had a fever, or he was uneasy about something.

Her instincts went on alert. Then she chided herself for being paranoid. Security was tight, the guards well trained.

Ben, her friend and head of her father's security team, had personally checked the place over before leaving. The embassy would have screened the staff working tonight.

Armed U.S. Marines were standing at the door. She needed to ramp her suspicions down a few octaves and enjoy the evening.

"Your father always boasted to me about how intelligent and beautiful his daughter was, Bryn, but until I met you tonight I thought he was lying."

Tearing her gaze away from the waiter, she turned to the other American diplomat seated beside her and regained her polite smile. "Thank you for the compliment. It's nice to know my father thinks so highly of me."

Especially since he'd been conspicuously absent throughout most of her life.

The American's plump cheeks, already pink from his third glass of red wine, glowed even more. His bushy white eyebrows reminded her of two fuzzy caterpillars crawling over his forehead. "You must take after your mother."

Bryn cocked a brow. "Why do you say that?"

"Because no man as hard as that could be credited with making such a breathtaking daughter."

She shared a friendly laugh with him, glancing over to wink at her father directly across the polished mahogany table. A handsome man, he was in his late sixties, his once raven hair liberally peppered with gray, his clean shaven jaw a little softer than it had been in his youth, but still strong. A tall and imposing figure even at his age, his sharp, black eyes gleamed with the shrewdness he was legendary for. She'd inherited his coloring and keen mind, her mother's looks and easy way with people. The best of both worlds in her gene pool, she liked to think.

"My daughter is a rare flower," her father acknowledged with a raise of his glass.

It was stupid, but Bryn blushed at the public praise.

"Now, if you're done trying to win over my only child, Ambassador, let's get back to the task at hand."

The diplomat gave a long-suffering sigh and shook his head at her. "Your father, he never knows when to relax and enjoy himself. Jamul," he addressed her father, "we're having a fine evening here. Good food, expensive wine, your charming daughter to converse with...my advisers and the entire Lebanese interior ministry here enjoying themselves."

He gestured to the other men and their female companions seated down the length of the table. "And all you want to do is talk business."

"Perhaps my priorities are different than yours," her father suggested.

Her dinner companion gave her an exasperated look. "Has he always been this way?"

Bryn nodded, her smile sharp as a blade. "Always."

She'd grown up knowing all about his 'priorities,' and that she and her mother had been at the bottom of his list. That was why her mother had moved home to Baltimore when she was six months pregnant with Bryn. Being a single mother was far easier at home with family than living a lonely existence in the same house with the father of your child.

"Lebanon still has many wounds to heal, as you are aware," her father reminded his guest. "There is much to be done to stabilize our government and the region."

Yes, but would anything ever be enough to bring peace?

Bryn wondered. The Middle East's issues were so complex they were overwhelming. She had the feeling her father had summoned her to Beirut for this summit because of her dual citizenship. As Jamul Daoud's half-Lebanese, half-American daughter, she was the perfect addition to the diplomatic 14

conference. She wouldn't put it past him to use her as a sort of human icebreaker, someone to soften the edges around the meeting's intent and serve as a living embodiment of the two cultures.

When it came to manipulating something to his advantage, nothing he did would surprise her. He was as ruthless and determined in his resolve as he was shrewd, which was why he had been appointed to serve in the Lebanese cabinet for the past seventeen years. Bryn knew deep in her bones that his inviting her to stay with him for a couple of weeks had less to do with seeing her and everything to do with this important summit. In fact, most of her visits with him since adulthood had coincided with diplomatic events. She didn't mind, but it would have been nice to have some time for just the two of them.