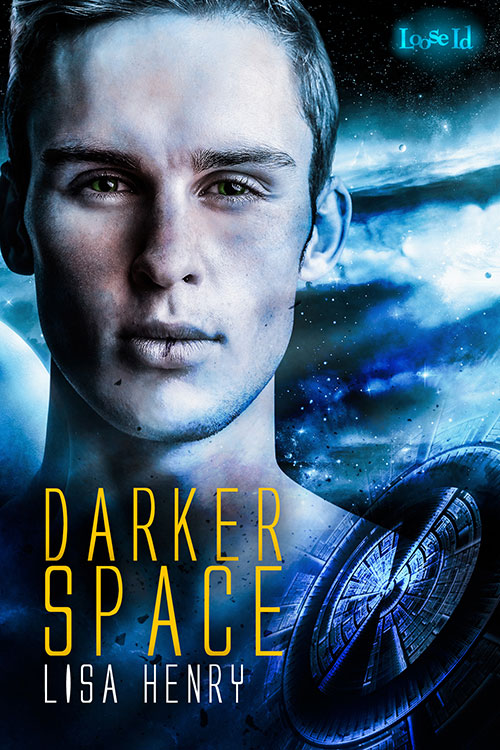 To Marc F. and Marco M., for loving Brady as much as I do.

And to my awesome beta readers, J.A. and Sofia, for doing the thing that they do.

Some guys are meant to be heroes. I was never one of them.

There was probably never a time in my life when I didn’t want to try to become a better person, while at the same time seeing the sheer fucking impossibility of striving for anything at all, so fuck it, right? Disappointment was always easy enough to get used to, whether it came from my dad’s quiet, rueful smiles, or from that hot, angry place inside me that knew exactly how worthless I was, how pointless, and how I’d never be anything better than the reffo piece of shit I’d been born.

I dropped out of school to look after my baby sister.

Kept stealing and lying and fighting, because even though I wanted to be better, those things had become the pattern of my life. The wanting came late at night, in the quiet moments, in the dark, and the certainty came with it: I could change. I could be better. But all my certainty, all my dreams, were as fragile and ephemeral as moments captured on old photographic negatives, created in the darkness and the quiet. Light and rough handling destroyed them. The daylight killed them.

In the daylight I wanted to be better still—I wanted a better future—but I discovered I had nothing in me but resentment and nowhere to direct it.

My dad’s job in the smelter ate his lungs away, day after day, but I didn’t know that yet.

When I was sixteen, I was conscripted. After four weeks of basic training, I was sent to Defender Three, into the black, to sit and watch for the Faceless. To protect the people back home, except nobody ever said how being cannon fodder for aliens helped anyone at all. The Faceless could rip through our Defenders like they were rice paper if they wanted. If they ever came back.

Then, one day, they did.

First they sent Cameron Rushton, captured years before, as their messenger, harbinger, or whatever. I was his medic, his pacemaker, or whatever. When I touched him, it happened. Suddenly, we shared a heartbeat. We shared our thoughts and our dreams. I saw everything the Faceless ever did to him. More than that, I
felt
it. Claws sliding down his spine—
my
spine, as he—
I
—pulled uselessly at the restraints. Everything they did to him, I shared. I relived it every fucking night.

I came up from sleep like from under water, gasping.

I sat bolt upright, shivering in the darkness as the tendrils of the dream slipped away.

I couldn’t remember the specifics of the dream, but I didn’t have to. Fucking Faceless. Fucking Kai-Ren. My skin crawling as he touched me.

It took a little while for the unease to fade, and then I couldn’t sleep anyway. I lay back down and pulled the sheet up again and watched the blades of the ceiling fan cutting through the night. In the darkness they were hazy, and I didn’t know if I could actually see them at all, or if I only imagined I could. If I squinted, they seemed to stop altogether.

Beside me, Cam dreamed on.

I was still trying to be a better person. For Cam, for us. Still trying, and still falling short by miles. It wasn’t supposed to be so hard, was it? The happy-ever-after bullshit.

I turned my head and looked at the book on my nightstand. It was an old hardcover, the title long ago worn off the cracked spine. The cover was stained. The pages were so worn the edges felt as soft as velvet.

I’d learned to read from that book. It had been my mother’s, when she was a kid. Why she’d kept it, I don’t know, but she’d written her name in the inside cover in uncertain, childish letters:
Jessica
. Underneath that, separated by a few inches and about twenty years, was my name:
Brady
. And under my name an uneven scrawl put there by my little sister that was supposed to say
Lucy
but was mostly just a scribble.

I didn’t remember my mother, not really. Sometimes I imagined I did, but most of the stuff I knew about her didn’t come from my memory, but from what my dad had told me about her. Her dark hair, her crooked smile—both things I’d inherited—and the way she could light up a room just by walking inside. I missed out on that one, I guess. Anyway, she’d died before I could make any memories of her that belonged just to me, so I borrowed my dad’s, and I took the book as well and learned to read by listening to Dad’s voice and following the words along the page.

It was a book of fairy tales.

When I was a kid, I’d loved those stories. Maybe there was something in them that I recognized. Hungry, dirty kids—though never as hungry or dirty as in real life—getting saved by magic, by love, because they were good and clever and brave. They deserved it; they deserved not to be poor.

I got conscripted when I was sixteen, and my dad packed the fairy-tale book in my bag. The book went all the way into the black with me, to Defender Three, where I hardly looked at it, because I didn’t want to get laughed at or have the pages ripped out by some asshole who hated me, but mostly because it hurt so much to think of home and leaving Dad and Lucy behind. And later, when I found out Dad was sick, I hated even thinking of those stories he’d read to me in his gravelly voice, from the book my mother had once held.

Everything in my life then was loss and darkness and fear.

And then there was Cam.

If I were still a kid, maybe I’d say that Cam was like my fairy-tale prince, come to rescue me from my shit life. Except I’d never been good enough or clever enough or brave enough to deserve a handsome prince, and fuck it, life is not a fairy tale. Love isn’t.

I turned my head again to look at Cam’s profile in the darkness.

We weren’t a fairy tale, but he’d saved me all the same, and I was trying my hardest to be the sort of guy he deserved.

After a while I climbed out of bed and crept through the dark apartment. I checked on my sister, Lucy, first. She was sleeping, curled up in a tight little ball in her bed with her blankets pulled all the way up to her chin. I shut the door quietly and headed back to the kitchen. Lucy’s birthday present was sitting on the kitchen counter, shiny paper gleaming dully in the scant light, loops of ribbon cascading off it. I took my cigarettes from the top of the refrigerator, then slid open the door to the small balcony. I leaned on the railing and smoked, and tried not to look at the stars.

I looked at the city instead, across the road to the apartment buildings that receded down the hill. Most of the windows were black at this late hour, but the city was never truly dark, not like Kopa had been. People like me were still awake, I guess, watching their flickering blue television screens or moving in silhouette across the occasional tiny, illuminated squares of their windows. During the day I could see all the way to the park by the river if I leaned out over the balcony. At night the view was hidden by the darkness.

At the end of the street, on the crest of the hill, a steady stream of headlights swept by.

Cities were bigger once, bigger than anything we had left, but only the smaller ones had survived the coming of the Faceless. That was a long time ago, three generations past, but the Earth still had the scars: huge, empty charnel grounds of twisted metal and concrete, where tens of millions of people had died. A number like that, it isn’t real. You don’t see the faces when there are that many of them. They become less than they ever were. Just a blur. Just a number too big to really visualize. Too big to mourn.

And why would they?

Those big glowing cities of glass and steel, shining like beacons even in the middle of the night. Whole countries lit up. Whole continents. They were nothing but fucking targets, and the Faceless had burned them off the surface of the planet.

Sometimes I wondered if there was any time when people looked up into the sky and didn’t think about the Faceless. If we ever looked at the stars and weren’t afraid.

If the Faceless came once, they could come again. And all the Defenders hanging in the black couldn’t stop them. The Defenders were just as fragile, just as useless as the treaty that Cam had devised and Kai-Ren had signed.

I flicked my cigarette butt over the railing, watching as it arced through the darkness and landed in a burst of embers three floors down. I lit another one and closed my eyes, and waited to feel tired enough to drag myself back to bed and sleep.

The nightmares had been bad this whole week. They usually were when I was worrying about stuff, even dumb stuff like tomorrow.

The door slid open, and I turned around.

Cam blinked at me. “Brady. You okay?”

“I thought you quit,” he said, nodding at the cigarette.

I considered blowing smoke in his face just to be a prick about it. “I’m going to.”

“Okay.” He was obviously too tired to give me the whole lecture. “Just don’t throw your butts in the garden. It pisses off the rental association.”

Cam wiped his eyes. “You won’t say that when we’re living in a box in an alley.”

My Accidental Jihad by Krista Bremer
Mansfield Ranch by Jenni James
Test of Magnitude (The Torian Reclamation) by Kasch, Andy
Young At Heart by Kay Ellis
Veiled Shadows (The Age of Alandria: Book Two) by Wylie, Morgan
Seduction on the CEO's Terms by Charlene Sands
Desperation and Decision by Sophronia Belle Lyon
Discovery (Restless Motorcycle Club Romance) by Julia Marie
Next to Me by AnnaLisa Grant
Regeneration by Stephanie Saulter
Our partner