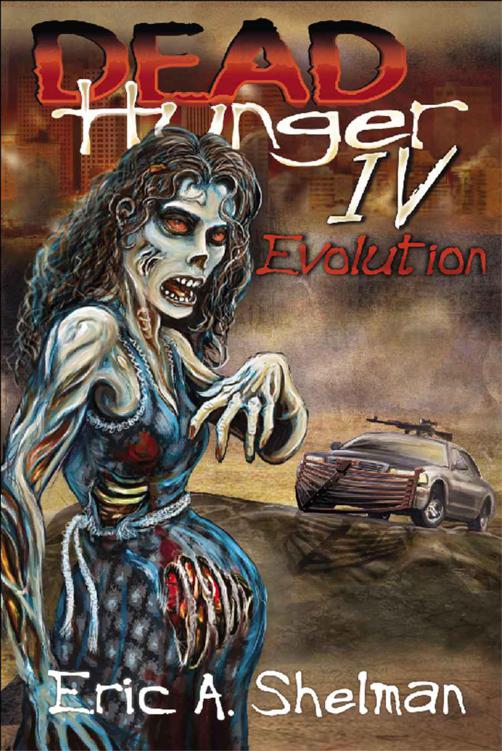 By Eric A. Shelman

is a work of fiction by

All characters contained herein are fictional, and all similarities to actual persons, living or dead, are purely coincidental
, except of course, where characters are based on real people, but the personalities and relationships are pure fiction.

No portion of this text
may
be copied or duplicated without author or publisher written permission, except for use in professional reviews.

It’s
early in the 21
st
Century.
The end of 2012 and beginning of 2013 were cold as hell, which got me thinking about our decision to move to Concord, New Hampshire in the first place, granite or not.  As it turns out, I didn’t have nearly as much control as I’d imagined over whether or not it would be our permanent home, but more about that later.  This is just an intro here.

If you’ve followed our Chronicles, you already know that r
atz and zombies rule most of the streets of
the world
and you’ve probably guessed that
it’s something
my friends and I
intend to
do our little part to
put a stop to.

At least in the good ol’
USA
.

I’m Flex Sheridan.
In another
few
month
s
, m
y w
ife Gem is set to have a baby –
the first born
that I know of si
nce this all began.  T
he doct
ors say everything looks fine.

Okay.  The doctor.  There’s only one now.  We had another, but he’s dead.  If you read Hemp and Charlie’s chronicle
s
then you know how that happened.

Back to the baby news, and allow me to qualify what I said about this being the first birth since the apocalypse.
This will be the first
live
birth.

Another baby was almost born in
Concord
, but t
here was a problem
– one that Hemp always warned was a possibility.

The mother didn’t survive
and we had to put her little one out of its misery
, too
.

Charlie did
the deed
.  Gem would have, had she not been incapacitated.  So with Gem out of the picture, Charlie
was the only one with the balls to, ironic as that shit is.

This particular
problem
falls into the category of
fucked up things
to expect when you’re expecting.
The worry?
Well
, t
hat your baby
will metamorphose into a zombie inside your womb and
begin to
eat
you from the inside out
, of course
.

Yes, it could be described as the most frightening  pregnancy complication ever.
Especially when you get a glimpse of the thing that
was
eating mom.

Not cute.  Not anymore.  Hard to tell if it ever was.

The vapor presented as gas.  Only thing is, it’s pink, so when a woman starts putting out pink
belches and
farts, you should really
start
to worry.

And I’m not making light of this, I’m just tellin’ you about it.  You should know about it because if you’re lucky – if we’re all very fuckin’ lucky – either you or someone you know is gonna get pregnant.  That’s a beautiful thing because we have to start repopulating this world with living, breathing people.

Less than a year ago I  never would have believed that I’d mean that in the literal sense.

Anyway, there is no way to make light of this.  You can tell someone about it and they might get a chuckle
at first
, but once that someone realizes that the woman who experienced this is dead, they might wipe that smile off their face.

Her name was Jennifer Rockford.  She was just twenty-two years old, and she was about the most naturally pretty girl you ever saw, both inside and out.  Not a lick of makeup and shone like a jewel when she walked in the room.  She had blonde hair just
about
to her shoulders, and only smiled with her mouth closed.  She had beautiful teeth, but they didn’t need to be a part of that smile in order to let you think she was really happy, and happy to see you.

Gem loved her.  Charlie and Hemp did, too.  And our Trina really did.  Jennifer was playful with her.  I think Jen
dreamed that her baby would be a girl, and that she would be like Trina.

One day Gem and I were playing pool and Hemp and Charlie were working on Hemp’s new lab – which is better than the one he had at Carville’s.  Not by much, but he can come and go as he pleases, which pleases him.

Anyway, so they were there, and we were at Three Sister’s Bar.  Everything is free, but you still gotta be served, because the ladies run it.

Damn, I get sidetracked.

So Gem is kickin’ my ass in pool, workin’ on the eight ball.  She’s lining it up in the far corner
pocket
on a bank shot that I insisted on, when Jen nearly folds forward
in her chair
, clutching her stomach.

Gem dropped her stick on the table and ran to her, kneeling down in front of Jen, her arm on her shoulder.

“Does it feel like something’s wrong with the baby?”

Jen
ny
’s
face had gone white, and she was trying to straighten her back in a sitting position, but there was no way for her to get comfortable in the wooden chair.

I
took the hint and
quickly
push
ed all the balls
in
to the pockets.
Victoria
had already gotten a moving blanket and spread it out
as soon as the table was clear
.

“Scooch up on the table
here
and
we’ll help you
lay
back
,” said Gem.
“
Victoria
, yell for Kim to bring another moving blanket.
”

Victoria
turned to call, but Vikki was already running out of the back, the extra blanket in her arms.  “What’s wrong?  Is she okay?” she asked, gently lifting Jen
ny
’s head and sliding the blanket under.

And suddenly
Jenny
started
burping.  It was as though a valve had opened, and
all at once her stomach expanded and contracted, and
she
expelled
a pure cloud of pink vapor.

When the first big cloud of vapor escaped Jenny’s mouth, G
em had been lea
ning over her.  In seconds, Gem’s eyes rolled back,
her muscles relaxed
and Vikki ran forward just in time to catch her before she
collapsed.  Had Vikki not acted quickly, she would have hit the
linoleum floor
hard
.

Relieved that Gem wasn’t hurt when she fell,
I stepped away from Jen
ny
.
“Jesus fuckin’ Christ!”  I stared at Vikki, who had
taken Gem underneath the arms and pulled her six feet away from the table
.

WAT-6 stands for
Walk Among Them Six-Hour
.  It’s something Hemp formulated when he was being held prisoner in Ryan Carville’s house.  It allows anyone who takes
one of the
wafer
s
to be
aromatically
invisible to zombies, both
of the rat and human kind
.
For a while, at least.

“What’s happening to me?”
cried
Jen
ny
, her body shuddering, her stomach churning
and roiling
like
puppies trapped
under a blanket.

Tears ran down her face, and it was goddamned horrible seeing that young woman so frightened.

I was frightened.  I knew what that vapor meant.  What it had to mean.  That baby had turned.

Kim came in then, and I waved her away.  I had to keep my distance, too.  I’d be no good to her or anyone else in the same condition as Gem.