Death of a Coupon Clipper 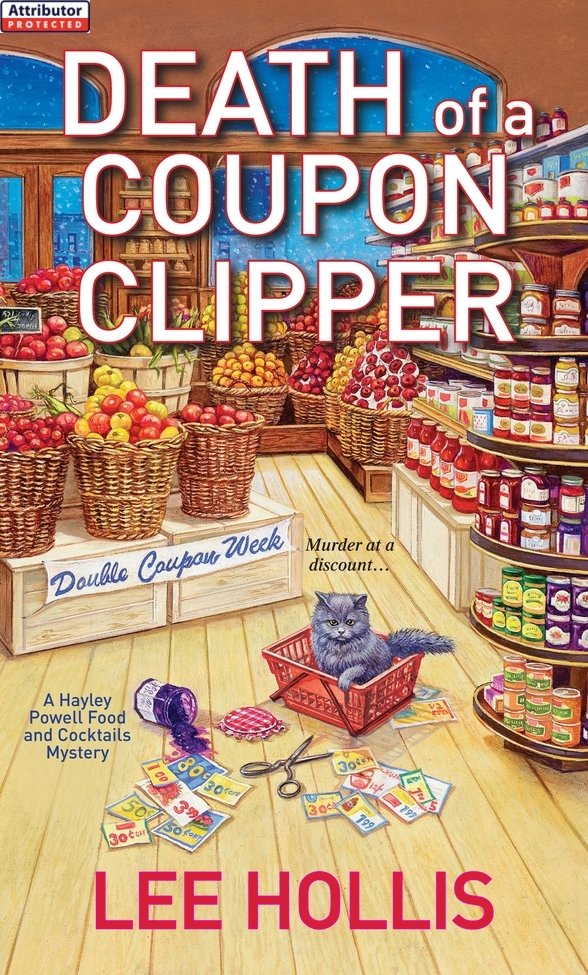 DEATH OF A COUPON CLIPPER
It was so dark Hayley couldn’t see much except the outline in the snow. She fished
inside her coat pocket and fetched her iPhone. She pressed the button and a light
snapped on, illuminating the figure in the snow.
It wasn’t a deer.
It was a person.
Face down in the snow, arms and legs splayed as if he was making a snow angel.
Hayley stepped closer.
The head was turned to the side, facing her.
It wasn’t a him.
It was a her.
It was Candace Culpepper.
As the winter winds kicked up, coupons began flying up from the ground like a flock
of birds disturbed by an approaching car.
And then the light from Hayley’s phone caught a glint of something.
A large pair of industrial size scissors sticking out of Candace’s back . . .
Books by Lee Hollis
DEATH OF A KITCHEN DIVA
DEATH OF A COUNTRY FRIED REDNECK
DEATH OF A COUPON CLIPPER
Published by Kensington Publishing Corporation
A Hayley Powell
Food & Cocktails Mystery
DEATH of a COUPON CLIPPER
LEE HOLLIS