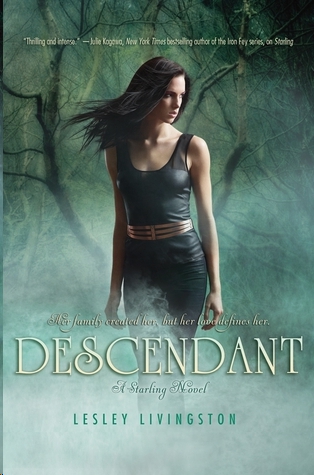 The Fennrys Wolf stared up into the night as smoke and flaming debris drifted down around
him, burning embers falling through the dark sky above the shattered remains of the bridge that had been called Hell Gate.

That night, the bridge had lived up to its name, in more ways than one.

The breath heaved raggedly in and out of Fennrys’s lungs, and the front of his shirt was painted crimson from the bullet wound in his shoulder. His head was beginning to fill with white noise. But all he could do was stand there, looking up. Searching in vain for the raven-haired girl who had disappeared into the night . . . across the bridge and out of the mortal realm.

It felt like she’d torn his heart out and taken it with her.

The Hell Gate’s entire middle section, which had once spanned New York’s East River from Manhattan to Queens, was missing—the result of the massive explosion. Acrid smoke still billowed into the sky, and chunks of burning bridge lay scattered all over Wards Island. Fennrys and Rafe had only just made it down one of the Hell Gate’s spindly maintenance ladders, and they could now hear the sirens screaming in the night.

In the sky overhead, lightning flashed from the dark underbellies of roiling thunderclouds. With any luck—and luck had been in drastically short supply for Fennrys so far that night—the lowering storm would at least keep the police helicopters out of the air. The last thing they needed was for a chopper searchlight to pick them out of the gloom and send NYPD SWAT teams to investigate.

As he slumped against a concrete buttress, Fennrys’s gaze drifted over to where Rafe now stood hunched, breathing heavily, his hands on his knees. The ancient Egyptian god of the dead had half carried, half dragged the wounded Fennrys down off the Hell Gate, south along the shore of Wards Island, and into concealing shadows beneath the Triborough Bridge. He was justifiably winded. But at least that was the extent of
his
physical distress. Rafe walked over and knelt beside Fenn to examine his shoulder.

“Man . . .” He shook his head as he pulled the blood-soaked material to the side. “Remember when I said you looked like nine miles of bad road? You’re into double digits now.”

Under the circumstances, Fennrys wasn’t about to argue with him. All things considered, this night had already gone from bad to catastrophic in just a few short minutes.

What comes after catastrophic?
he wondered distantly.

Not that the sensation was necessarily unfamiliar to him. He ignored it and focused, instead, on the next task. If he stopped for even a second to think about what had just happened . . . about what he’d just
lost
. . .

“The bullet is lodged in your shoulder. You know we’re going to have to find a way to get that out, right?” Rafe’s voice sounded very far away. “And soon. Or you’ll be dead before dawn.”

Somehow, Fennrys managed to force the shadow of a grin onto his face. “You’re forgetting something,” he
said in a voice that sounded like gravel and broken glass in his own ears. “I’m already dead.”

“You’ll be
deader
,” Rafe snapped, clearly unmoved by his companion’s grim bravado. “I should know.” Rafe left him there to walk the few steps to the waterline, where he peered out over the black expanse of the river. “Where
is
that damned boat?”

Then suddenly, something shot out of the middle of the dark waters. Round and glossy black, it landed at their feet with a dull, hollow thud, scattering gravel. Rafe bent down to pick it up.

It was a motorcycle helmet.

The very same helmet Calum Aristarchos had been wearing when he and Fennrys had chased down a train on the Hell Gate Bridge. The clear plastic face shield was spiderwebbed with cracks, and the left side of the helmet was broken open and streaked with rust-colored paint that looked like blood. Rafe turned it over. The nylon chin strap had been torn away on one side. His dark eyes narrowed, and he swore under his breath.

Out in the river, the ink-black water rippled and frothed. Poison-green streaks of light shimmered and writhed beneath the surface, moving toward them—fast—and a creature of nightmare rose up out of the waves.

Fenn squinted into the darkness at the monstrosity heaving its way up the rocky strip of shoreline toward them. From the waist up, the impossible creature was a naked, beautiful woman. Beautiful until the moment she smiled. As she clawed her way up out of the river, her crimson lips peeled back to reveal a mouth full of teeth like knives. From the waist down, two serpent’s tails—sprouting from where her legs should have been—whipsawed across the rocks, scattering pebbles in their scaly wake. A trio of hideous creatures—Fennrys could only think of them as dog-sharks—were tethered on leashes, attached to an ornate, heavy belt that girdled her waist. They swam through the air as if it was the ocean depths, snapping their massive, malformed jaws.

Rafe stepped in front of Fennrys, putting out a hand to steady him. “Back off, Scylla,” he said, his voice lowering almost to a subsonic growl. The air shuddered with the thunder of it.

Scylla?
Fennrys thought.
Is that
the
Scylla? You’ve
got
to be kidding me. . . .

He knew that the jut of land where they now stood was part of a park called Scylla Point, named by some overly clever parks commissioner in the eighties to correspond with a children’s playground in Astoria Park, directly across on the other side of the East River, named Charybdis. Fenn had always thought naming a place where kids played after a pair of hideous, man-eating monsters out of Greek mythology was in poor taste. He never figured it might also be prophetic.

More and more lately, it seemed.

But it was his town. And Mason’s. And Fennrys didn’t have time for this. He needed to find her—wherever she’d gone—and get her back. That was what Rafe had promised him they would do.

“Look. We don’t want any trouble,” Rafe said, handing Fennrys the broken helmet and stepping between him and Scylla. “We just—”

“You’ve been naughty boys,” the monstrosity purred, nodding at Cal’s helmet. “The daughters of Nereus are very angry. You broke their favorite plaything. They sent me to punish you.”

“What in hell is she talking about?” Fennrys looked down at the cracked plastic face shield. “Does she mean Calum?”

“That wasn’t our fault,” Rafe said, ignoring Fenn for the moment. “And the Nereids shouldn’t have been messing around with that Aristarchos kid in the first place. You know that as well as I do.”

“Fair game, I say. Just like your friend there.” She nodded at Fennrys. “Your soon-to-be-dead friend.”

Fennrys couldn’t take his eyes off the battered helmet. Cal must have ditched the bike after Fenn had made his leap from the passenger seat onto the train where Mason was being held by her brother. Fenn hadn’t seen what had happened to Cal after he’d jumped. He’d assumed that the kid had been fine.

A fresh wave of pain washed over Fennrys that had nothing to do with his injuries. He hadn’t wanted this. Nothing even close. Sure the kid was annoying. Arrogant, hot-tempered, way too good-looking and clearly achingly in love with Mason Starling. A rival for her affections? Sure, maybe . . . But Fenn hadn’t wanted Cal hurt. Or
worse.

“What happened?” he asked Rafe.

Rafe lifted a shoulder, not taking his eyes off Scylla as she circled around to block their path. “I don’t know. He lost control. Not sure why. Bike pitched him into one of the girders like he’d been shot from a catapult, and he dropped like a stone into the river. Then the bridge blew all to hell.”

Scylla tsk-tsked and shook a taloned finger at them.

“Naughty,” she said again, and licked her lips. “I’ve been sent to make you pay. Blood for blood.”

Scylla hissed. “You may be a god, Dead Dog, but this one is merely mortal. I see how he bleeds. I can smell it. And I
will
taste his flesh.”

“Only when I punch you in the mouth,” Fennrys said.

The dog-sharks snapped viciously and strained at their spiked collars, teeth gnashing. Through a haze of pain and anger, Fennrys decided enough was enough. He stepped forward and bashed one of the slavering things over the head with Cal’s helmet. He seized another by the throat and, wrapping his good arm around its head, snapped its thick, ugly neck. Scylla howled in fury as the second dog-shark dropped to the ground.

“Really not one for diplomacy, are you?” Rafe muttered. “You’re gonna have to fight a sea monster now. You know that, right?”

Enraged, Scylla dug her taloned fingers into the rock-strewn ground and dragged herself farther up the shore. She was gnashing her teeth now so violently that she drew blood from her own lips, and foaming crimson spit flew in a circle as she furiously shook her head.

Fennrys felt a familiar, savage joy welling up inside of him.

This is what I was born for.

The fight, the kill . . .
this
was his destiny. He realized that now, beyond the shadows of unknowing that had clouded his mind for weeks. Ever since he’d returned to the mortal realm without his memories. But now that he
had those back, and understood where—and from what—he had come, he felt no hesitation giving in to the red, ravaging surge of terrible, storm-bright battle madness that boiled deep within him. As he faced the monster, Fennrys’s rage rose to sweep every other sensation aside except the driving need to kill.

The pain of his wounds, the pain of losing Mason Starling—the girl who had become so very precious to him in such a short time—only served to feed his fury.

“The only thing that’s going to make this day any better is ridding the world of something as ugly as you,” he snarled at Scylla, and lunged for the last of her hideous pets.

He seized the thing’s jaws, top and bottom, and wrenched them apart with a sickening, tearing sound. But Fennrys wasn’t quite so lucky this time. The venomous spines of the thing’s dorsal fins whipped around as it writhed in its death throes and slashed him across the rib cage, tearing his shirt into bloody strips. He barely felt the toxin’s searing kiss. The acid-sweet seduction of his Viking rage lowered like a thick, crimson fog and he reached around to the small of his back, to where he kept a large, keenly honed dagger concealed in a sheath beneath his shirt.

He darted and feinted, but with the bullet lodged in his left shoulder, Fenn had only one fully functioning arm. His thrusts were slow and off target. Scylla’s long, ropy limbs scythed through the air, and her serpent’s tails carried her with ungainly swiftness. One misstep and Scylla could wrap him in her coils and pull him in tight.

Well,
Fennrys thought,
why not?

He ducked in low, darting past her grasping, claw-tipped hands . . . and stopped. Instantly, the monstrous tails whipped up and wrapped around him, drawing him close in a deadly embrace. The vise of her serpentine limbs constricted and she smiled her ghastly smile, jaws opened wide. As she did, Fennrys lunged, and—as he’d promised—punched Scylla right in the mouth, with the fist that held his dagger.

Shadowed by Grace by Cara Putman
The Goose Guards by Terry Deary
Saving The Marquise's Granddaughter by Carrie Fancett Pagels
Atlas by Teddy Atlas
Almost Infamous: A Supervillain Novel by Matt Carter
Romani Armada by Tracy Cooper-Posey
The Alien by K. A. Applegate
I Am David by Anne Holm
Suddenly, a Knock on the Door: Stories by Etgar Keret, Nathan Englander, Miriam Shlesinger, Sondra Silverston
The Bow Wow Club by May, Nicola
Our partner