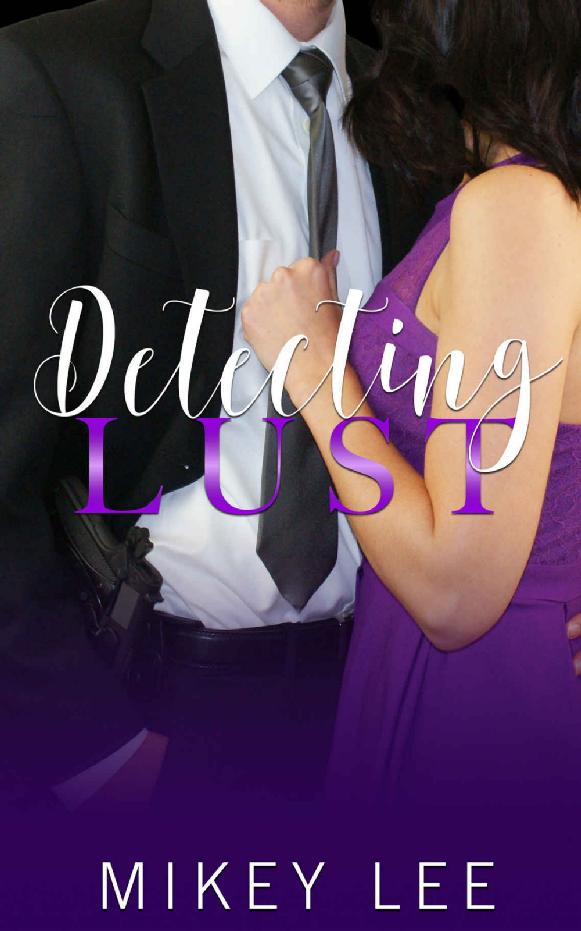 “Coming home to Nancy was like coming out of the cold into a warm room with a fireplace.”

“We haven’t been careless with the treasure that is ours – namely what we are to each other.”

“I think it’s all too common in marriage that, no matter how much partners love each other, they don’t thank each other enough. And I suppose I don’t thank Nancy enough for all that she does for me. So, Nancy, in front of all your friends here today, let me say, thank you for all you do. Thank you for your love. And thank you for just being you.”

“(Nancy can) make me lonely just by leaving the room.”

T
he sound
of trickling water hitting the shower floor softly eased into Zee’s ears. Before even opening her eyes from her sex induced coma, Zee knew that it was Seth taking a shower after his morning workout.

Seth felt the eyes of Zee staring at his body while the steaming water hit the top of his head and ran down his face. Hands suddenly wrapped around him from behind, and fingernails ran down his chest.

“Good morning, honey,” Zee mumbled while grabbing ahold of his cock, giving it a few strokes and tugs.

“Hey baby.” Seth flexed his arms that were still pushed against the wall under the shower head. His biceps were ripped and his veins were pumped after his workout. “Did you sleep well?”

Zee paused from kissing Seth’s back and admired his back muscles. They were strong and they rippled with every move he made. They were sexual. Insomuch that every time she saw his back, she wanted to have sex with him. “Amazing.”

Suddenly, Seth spun around and pushed her against the shower wall, grasping her ass with one hand and cupping her tit with the other. Leaning down he kissed and nibbled on Zee’s neck, working his way up to her ear. Goose bumps shot down Zee’s body, making her knees slightly buckle.

With her lips quivering, she whispered, “You have time for this before work?”

“I’ll make it in time baby, no worries,” Seth said, with an earlobe in his teeth.

He picked her up and braced her body firmly against the wall, throwing her leg over his shoulder, ready to extend his morning workout. Lifting her body higher, he grabbed her full ass with each hand and brought her clit to his tongue. After this morning’s session Seth was pumped and lifting Zee’s 115-pound body was like dead lifting a pillow. Going in for a taste he licked her pussy slowly, separating her vertical lips with his mouth.

Zee slapped her hands against the shower walls, desperately trying to dig her fingers into any crevice she could find to keep her balance. She squirmed and pushed her now soaking wet pussy lips deeper into Seth’s face, beginning to feel the heat rise in her belly and her legs start to tingle.

Flicking his tongue up and down her clit like Sugar Ray Leonard on the speed bag, Seth worked his tongue inside her hole, then slowly moved his tongue upward, occasionally going in a circle motion to help relax his jaw.

Moaning incoherently, Zee’s brain faltered, “I haven’t even brushed my teeth yet.”

Seth eyed her from below, momentarily removing his mouth from her clit, “And I haven’t gotten my fill of your taste yet.”

With every one of her moans and every twitch of her hips, his cock got harder and harder. G
od, I can’t wait to sink my cock in this pussy
. Breathless, Zee echoed his thoughts, “I want your cock inside me. Now.”

Licking Zee’s juices as they dripped off her pussy lips, Seth slowly lowered her body down. Sliding his kisses up her body as her back slipped down the shower tiles, he cupped her legs, throwing a leg over each forearm. He slid his now rock hard cock into her sopping tight pussy and found heaven. “Fuckkkkkk.”

Seth began 115-pounds curls up and down on his cock. Staring into her eyes, he started working out his abs by thrusting his dick deeper and deeper with every pump. Every curl downward increased the depth until he was practically thrusting into her soul. Zee’s head started to thrash back and forth and her legs began to quiver.
Yes, baby. Come for me.

“Seth!” Zee screamed. Her orgasm flooded her and she came so hard she squeezed the base of his dick.

Zee felt every inch of Seth’s cock stabbing at what felt like her esophagus. Zee grabbed Seth in a bear hug, totally spent. She wasn’t even sure if she could stand on her own now, and she kissed him hard, both breathing heavy into each other.

One last thrust and Seth knew he was ready to explode; one more power curl up, he pulled out, coming hard, shooting onto the shower wall. Throbbing uncontrollably, his dick tapped against Zee’s butt cheeks.

A
djusting his tie
, Seth walked into the bathroom while Zee blow-dried and brushed her hair. Her body shined with water droplets covering her body.

“Still believe in air drying huh?” Who was he kidding; he loved watching that magnificent body walk around naked.

“Whatcha gonna do today, baby?” He asked tightening his tie around his neck.

“I’m going shopping, going to pick some stuff up.” Zee said, speaking up enough just to be louder than the blow dryer. “I love that knot you wear, that Eldridge knot with always the perfect dimple. Why don’t you ever wear something like the classic full Windsor?”

Seth winked through the mirror, smirking, “Yeah, I know.” He bent over to kiss her neck and leaned into her ear, “I’m off to work, see you later baby-cakes.”

Just as Seth opened the door to the unmarked squad car, he heard Zee through the bedroom window above the garage. “Honey, remember we have dinner with my sister tonight!”

He looked up only to find her standing there naked as hell with the shades and blinds wide open.

“Got it.” He gave her the thumbs up as he looked up at her, “Got it baby.” Shaking his head, he got into the car.
That girl is definitely not embarrassed about her body, and damn those are the most perfect tits I’ve ever seen.

T
he drive
into the Department was so much better than nine months ago.  Making the change from being a beat cop to Detective was so much better.  Sure, the pay was better, but the freedom of being able to make his own hours trumped all.
Do I have time? She asked me… I’ll make time; I’m not restricted to shift time anymore.
Working for the Special Victims Unit now was cool, not so cool that Seth dealt with rape victims; but cool in the sense that it was a big city, three community colleges, and four big named Universities all cramped together; there’s no shortage of cases to deal with, and Seth basically made his own hours.  He never would have thought this was what he would end up doing.  After his time in the Marine Corps, he was sure he’d be working as a mall security guard dealing with teenage shoplifters.

And Zee… damn I lucked out!
Seth never imagined that he would ever hook up with such a hottie like that in a bar.  He especially didn’t plan on marrying the chick that grabbed his ass to get his attention.  But you know, what’s a guy to do when the hottest chick he’d ever seen grabbed his ass?

Seth suddenly remembered dinner with Zee’s sister. God, Faith and Zee couldn’t be anymore different.  Zee being the nymphomaniac that she was and Faith being the church going, bible-thumping woman that she was.  Faith’s idea of a short skirt was a dress that barely showed the top of her socks.  And her husband William—not Rob, or Will, or even Bob…but William—Seth never understood why William found it so necessary to practice his sermons on him.  Like he was going to quit his job and join him as a pastor at their church.  Faith and William lived in a world where even if their own daughter were to get raped, they would call it God’s will. It’s like they attended the church of Sarah Palin or something.  It was fine to have faith, but the level they took it to was just idiotic.

Aww, you know its always going to be a good day when I pull into the precinct and see that Honda Civic in the parking lot.  It belongs to our latest desk Sergeant, still haven’t quit got her name, but it’s still nice to see her smile and the biggest set of tits crammed under a bullet proof vest… GOD! Let them puppy’s breath girl.  The bonus to it all, I can totally feel her eye-fucking me as I walk by.
Seth may be a married man, but he doesn’t wear a wedding ring, for fear that suspects would potentially use that against him, and he’s still a man. He can look.

Walking in, Seth saw Detective Moore sitting at his desk with a young woman and sighed.
Fuck.
as much as I love my job I really hate all the fuckin’ dirt bags in this world that I get the wonderful privilege to deal with.

“Oh good, you’re here.” Detective Moore said sounding relieved.  Mostly because he had nothing else to ask or talk about to this victim.  “Jennifer Jewels, this is Detective Lane with our SVU division, if there’s anyone here that can help you bring this guy to justice, Detective Lane is your guy.”

What an insensitive fucking bastard Moore is. The last thing this poor girl wants to hear is how great some guys are in the world after being raped by one. Dumbass.

“Thank you Moore for that intro.” Seth noted with his back turned to the victim so only Moore could see the glare coming from his eyes. “I’m sure I can take it from here.” Seth said sarcastically, which really meant to get the fuck out of his office. He turned and softened his face to look at Jennifer.

“How are you feeling Ms. Jewels, can I start off with getting you something to drink?” Seth asked while reaching his hand out to shake.

“No, no thank you. Maybe later. I just want to get started so we’re not wasting any time catching him,” Jen said and started to shiver.