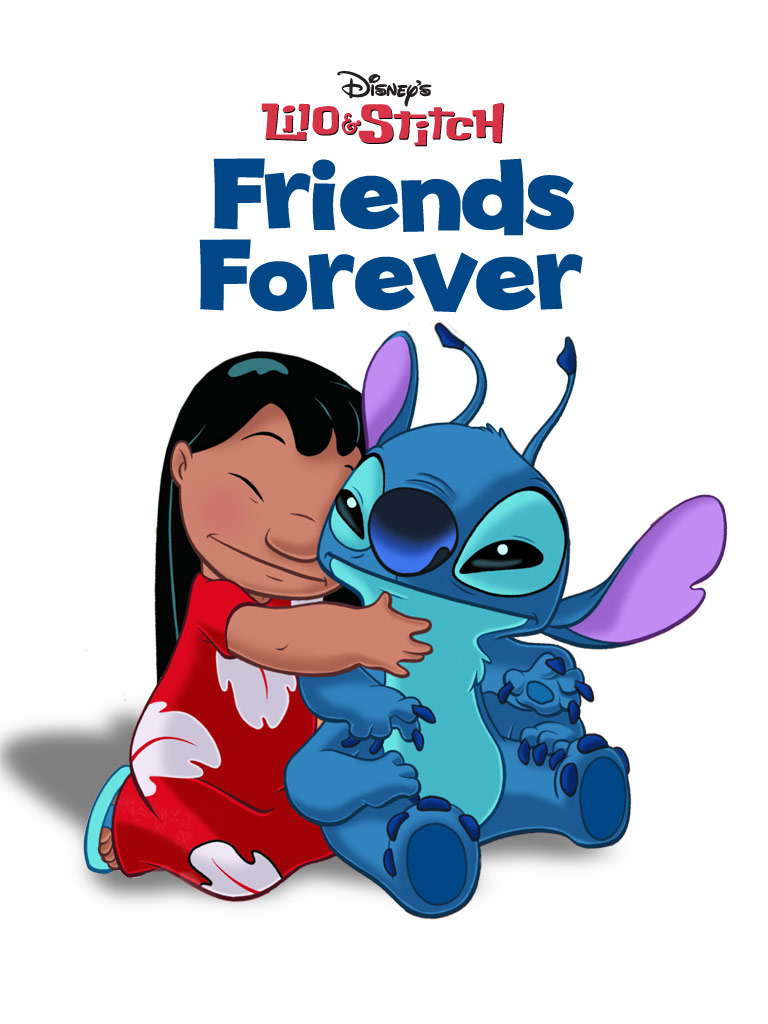 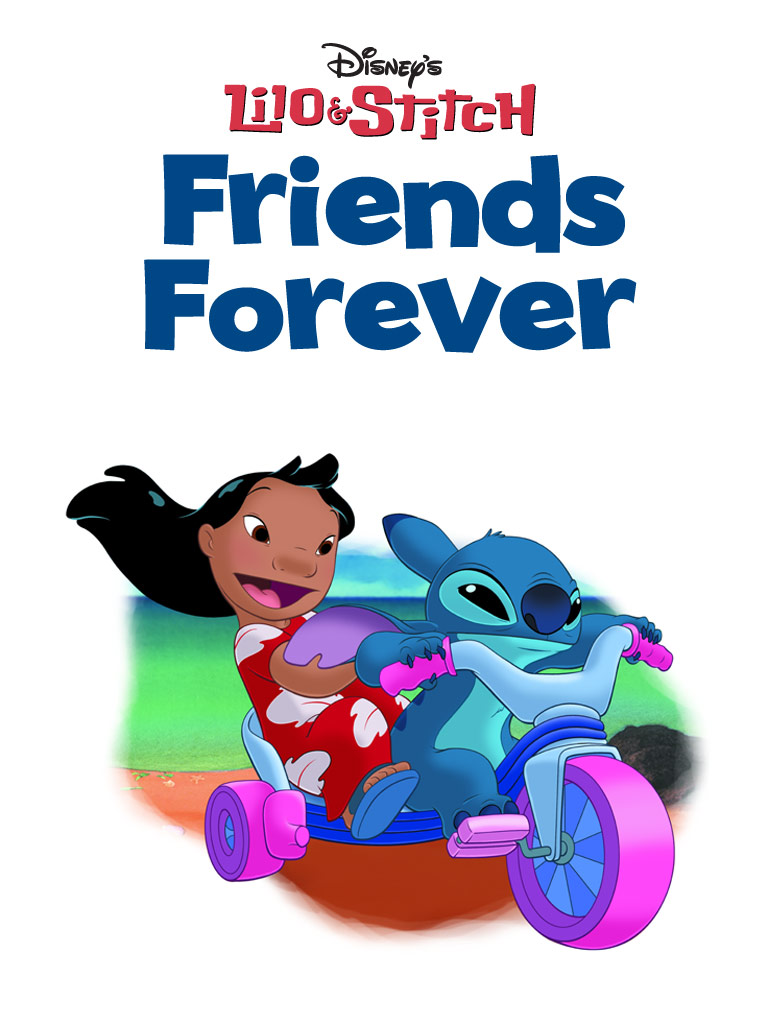 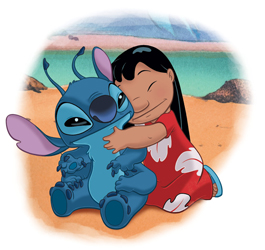 All rights reserved. Published by Disney Press, an imprint of Disney Book Group. No part of this book may be reproduced or transmitted in any form or by any means, electronic or mechanical, including photocopying, recording, or by any information storage and retrieval system, without written permission from the publisher. For information address Disney Press, 114 Fifth Avenue, New York, New York 10011-5690.

O
n a distant planet, a blue creature named Experiment 626 stood before the Grand Council. His creator, Jumba Jukiba, was with him. Because 626 destroyed everything he touched, Jumba had been accused of creating a monster.

The Grand Councilwoman turned to 626. “Show us there is something inside you that is good,” she said.

“So naughty!” the Grand Councilwoman gasped. “It has no place among us. Take it away!”

Experiment 626 was put on a spaceship that would drop him off on a distant planet. But before he reached his new home, he escaped in a police cruiser. He headed straight for Earthâand the tiny island of Kauai.

The Grand Councilwoman sent Jumba and an Earth expert named Pleakley to retrieve 626. 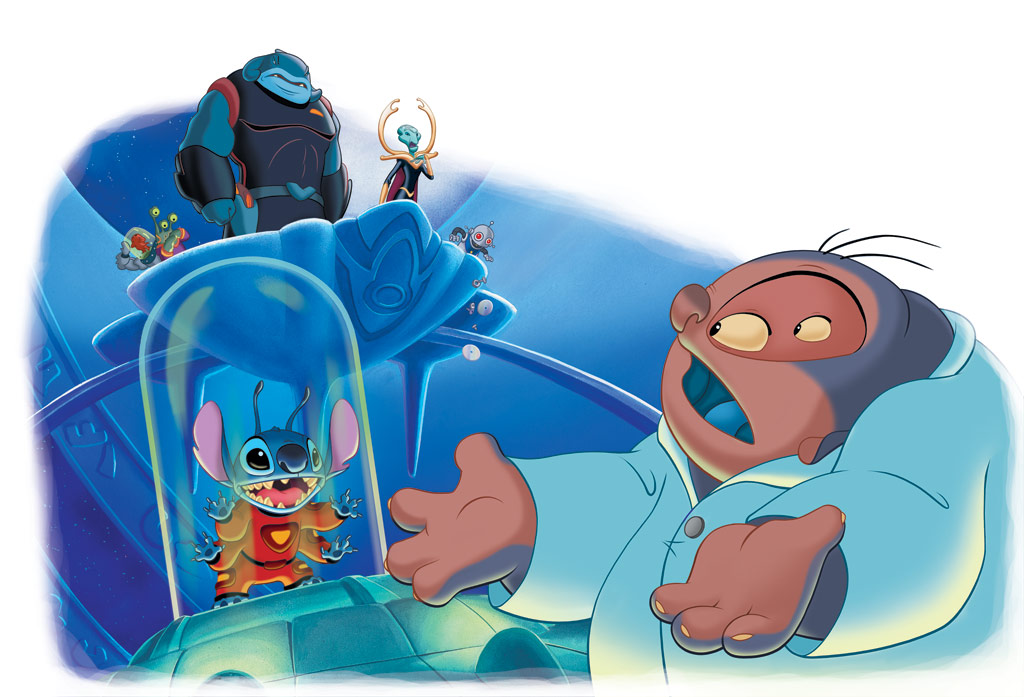 Meanwhile, on the island of Kauai, a little girl named Lilo ran as quickly as she could. She was late for her hula class.

When she arrived, Lilo scurried into line, leaving a trail of saltwater behind her. The other dancers slipped on the wet floor and toppled over.

“You're crazy,” said Mettle, one of the dancers.

Lilo pounced on her.

“Lilo!” yelled her teacher, pulling her away. 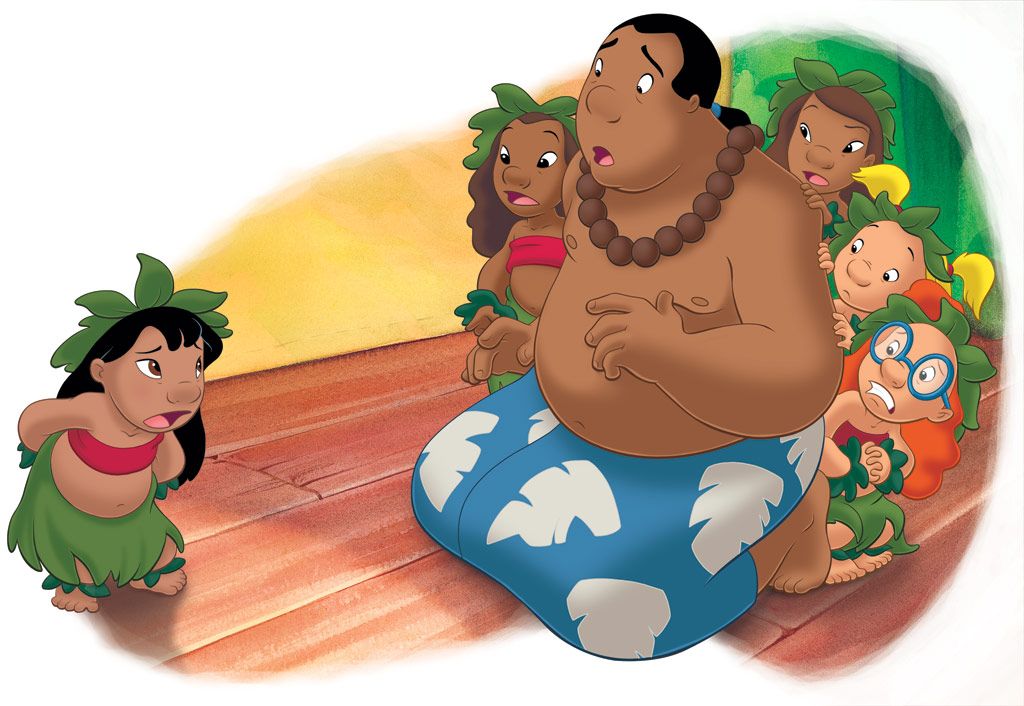 But no one wanted Lilo to stay, so she went home. Lilo was very lonely. She didn't have any friends; her parents were gone; and her big sister, Nani, though a good big sister, was having a hard time learning how to be a parent. To top it all off, a social worker was threatening to take Lilo away from Nani.

That night, the sisters got in a huge fight. Lilo went to her room and slammed the door shut. Nani went upstairs and apologized.

Suddenly, Lilo saw something flash in the night sky. “A falling star!” she cried. “Get out, I have to make a wish.”

Nani went into the hallway but stayed by the door so she could hear her sister's wish.

“I need someone to be my friend,” Lilo whispered.

Nani hadn't realized how lonely her little sister was. Tomorrow, she decided, they would get a dog to keep Lilo company. 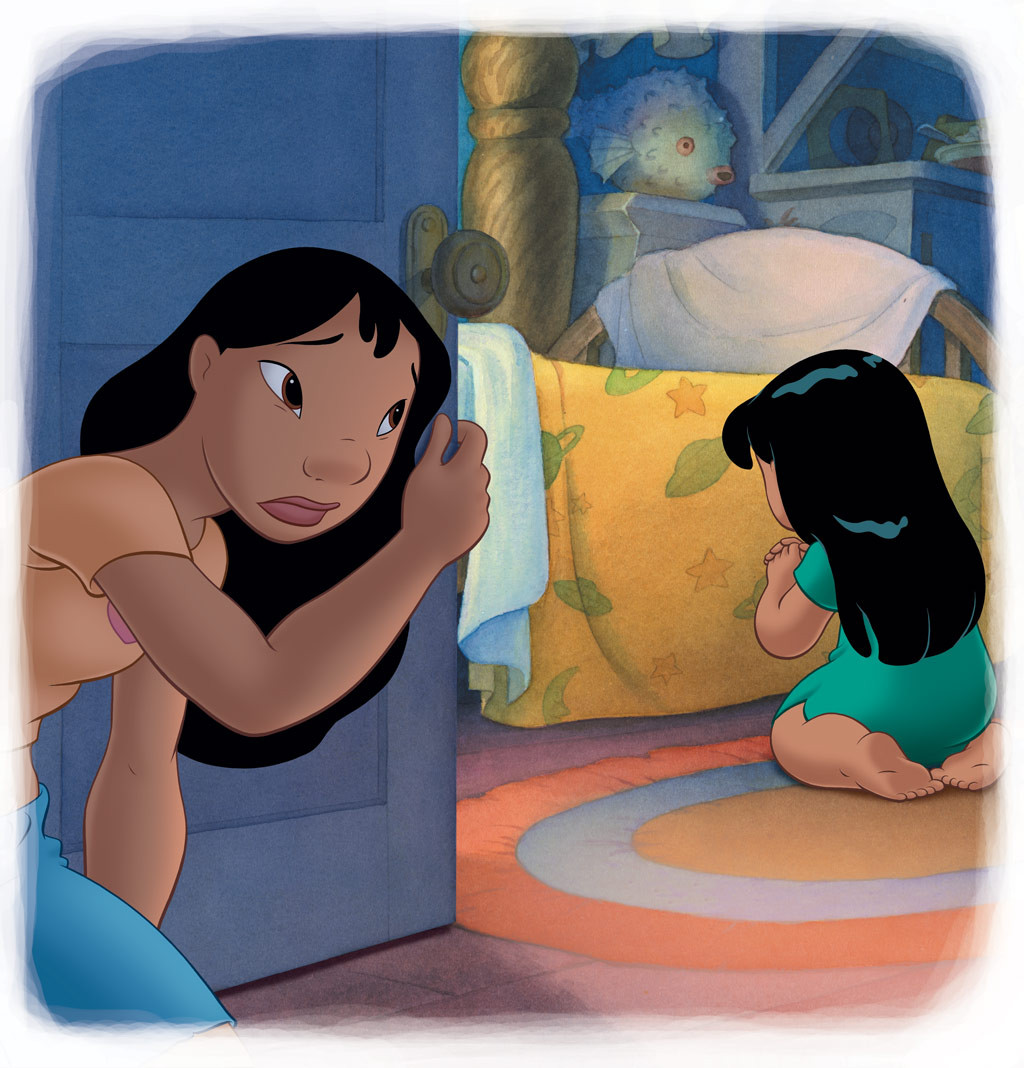 The flash Lilo had seen was Experiment 626's ship crashing on the island. A trucker found him and took him to an animal shelter. All the other animals were scared of 626, but he didn't care. He scrunched two of his four arms in toward his torso so he would look more like a dog. That way, he'd be adopted and have a place to hide from the aliens who were chasing him.

“Hi,” the creature replied, and then gave her a hug.

She walked back to the front room and told Nani she'd found the dog she wanted. “He's good,” she said. “I can tell. His name isâ¦Stitch.”

They took Stitch home even though Nani thought he looked strange. 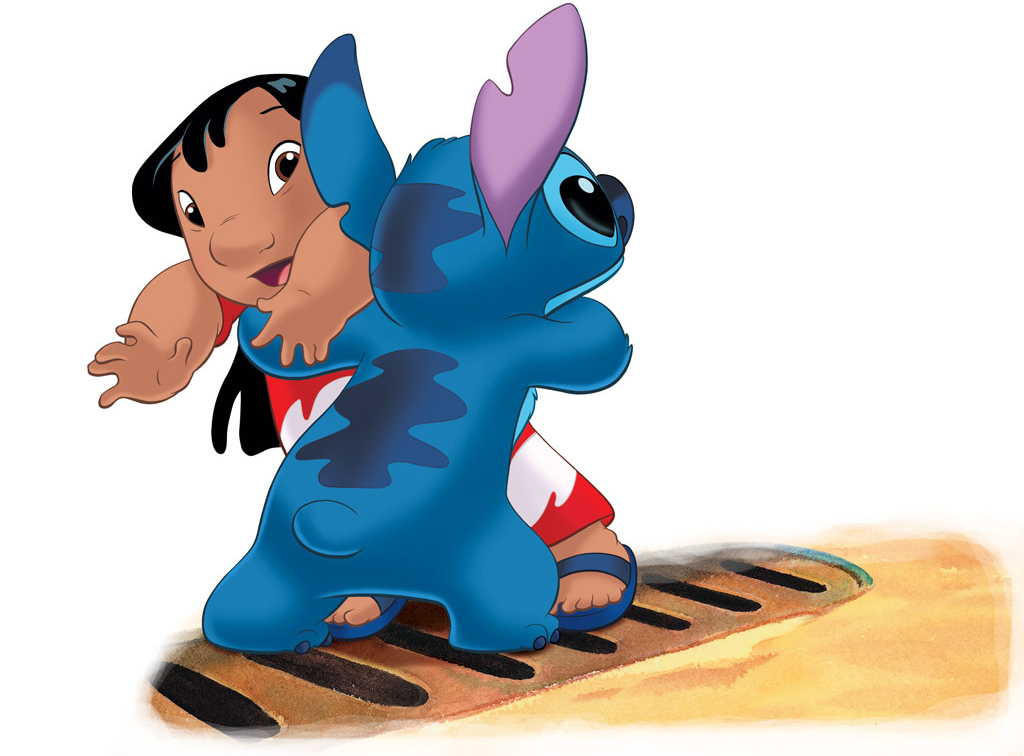 Nani was glad Lilo finally had a friend. When she left for work, Lilo and Stitch went for a ride. They rode all around the island, even stopping for ice cream along the way. Stitch was wild, but he and Lilo had fun. 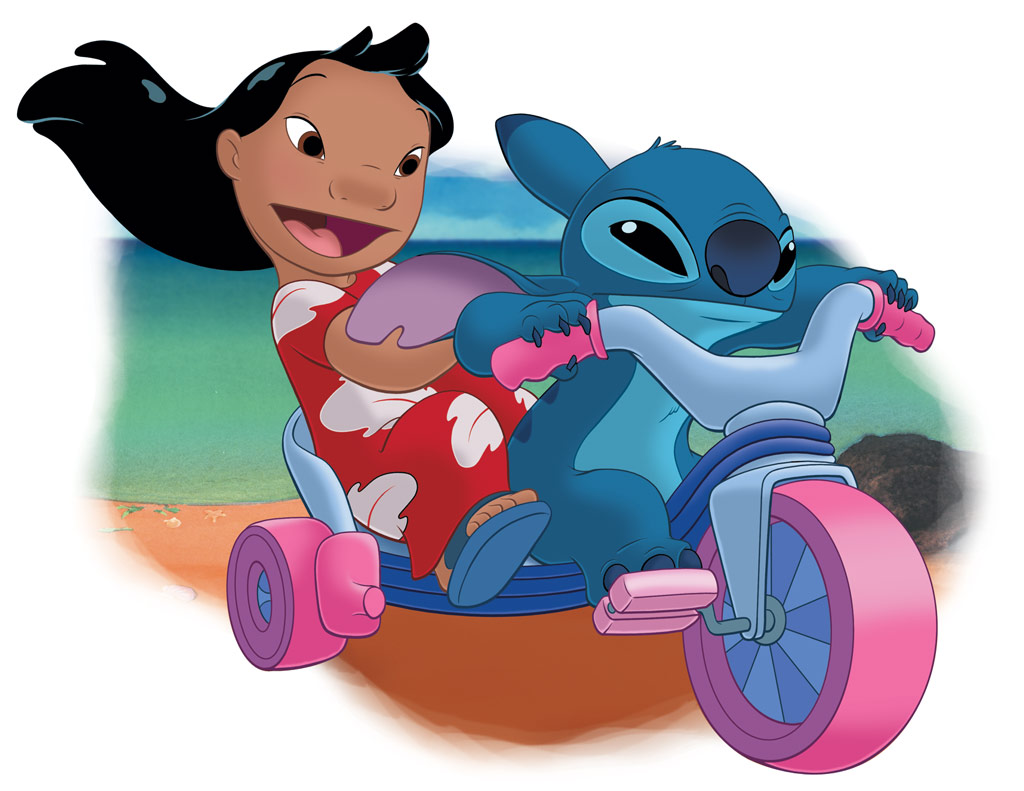 Later, at the restaurant where Nani worked, Stitch spotted Jumba and Pleakley, who were dressed as tourists. When the aliens tried to capture Stitch, he almost bit Pleakley's head off. Nani's manager was furious and fired her. It was just the kind of thing Lilo and Nani didn't need. 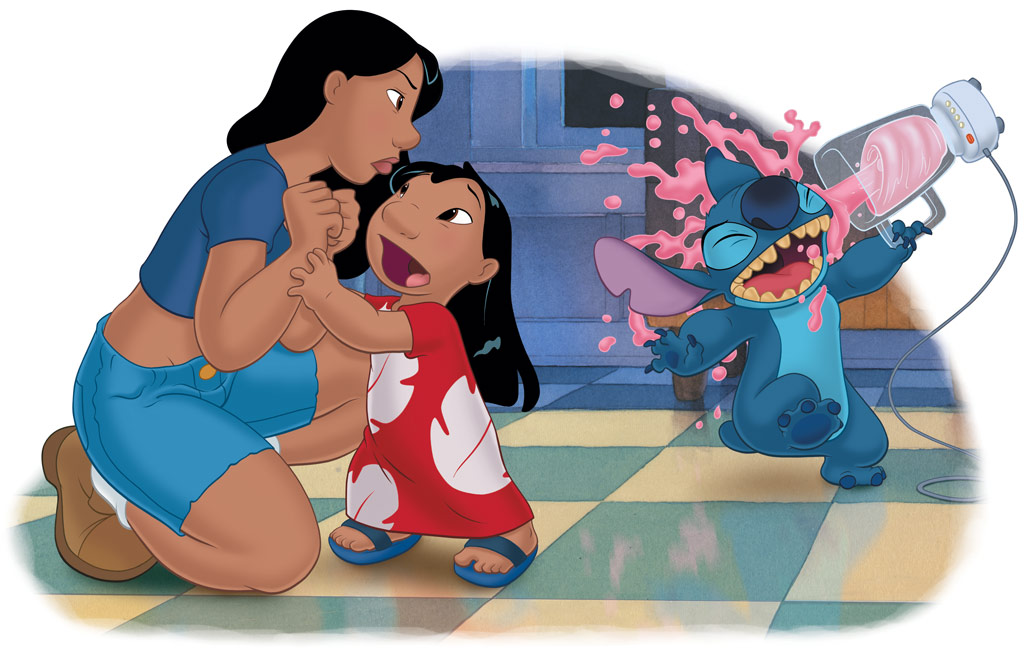 “We have to take him back,” Nani said.

“Nobody gets left behind,” Nani finished. “I know.” She remembered how welcoming her parents had been, and how important family was to them. She changed her mind. She would give Stitch another chanceâfor Lilo's sake.

That night, while Lilo was sleeping, Stitch found a book called
The Ugly Duckling
. He looked through it and noticed that the duckling was by himself a lot, just like him.

He woke up Lilo and showed her the book. She explained that the duckling was sad because he didn't fit in. Stitch knew how that felt. He wanted to feel like he belonged somewhere, too. 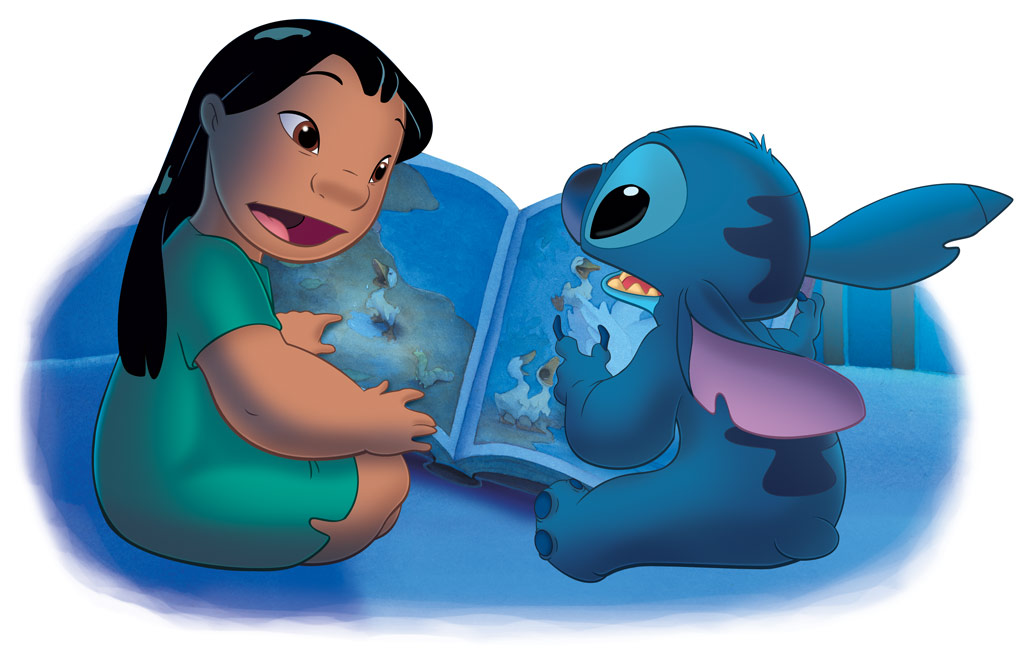 Lilo decided to show Stitch how to be good so that he would fit in. First, she tried to teach him hula dancing. He did pretty well until his twirls got a little out of control.

Then, they tried the ukulele. At first, Stitch was rather good. But all of a sudden, he began to play the instrument like a heavy metal guitar and
smash!
âall the windows around him shattered. 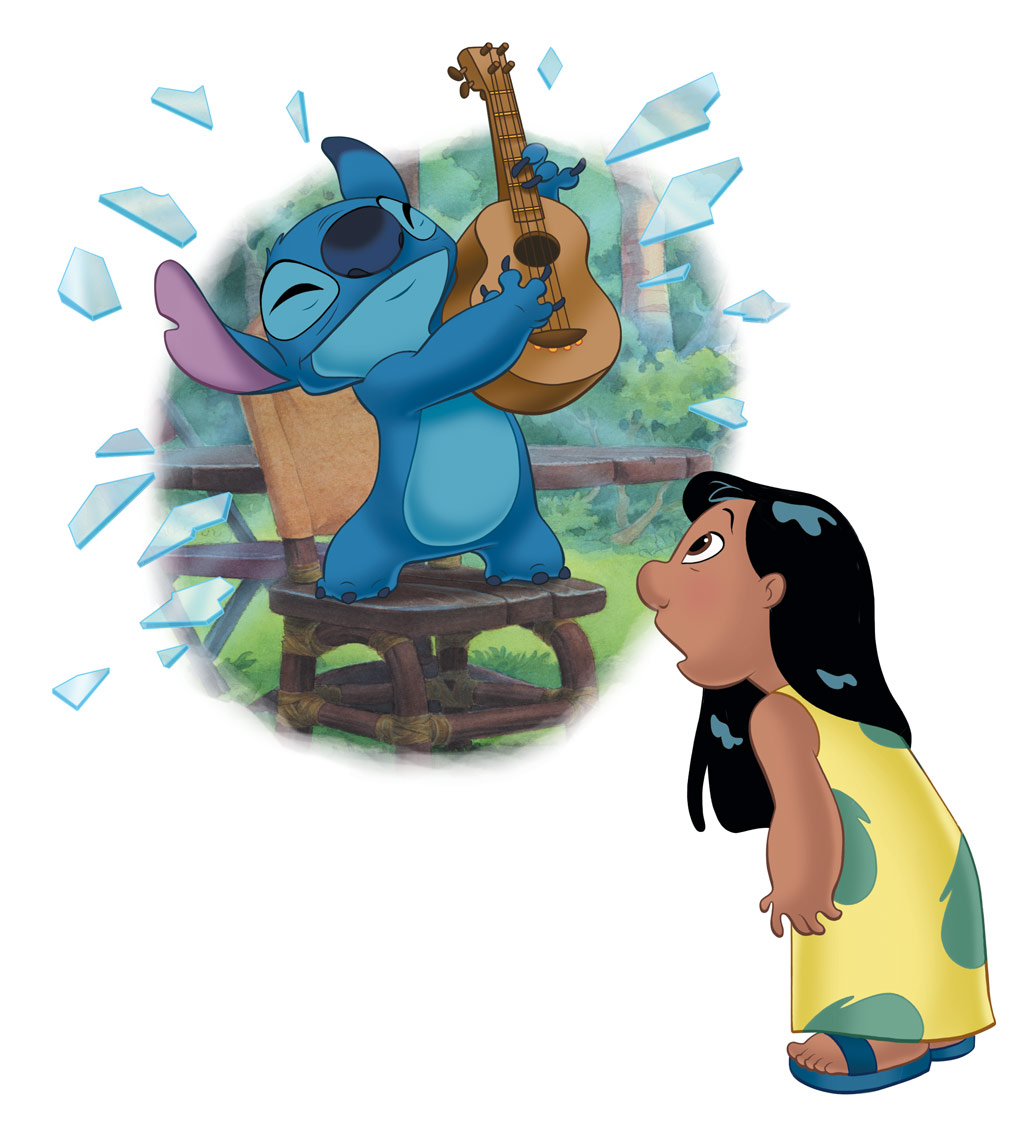 Finally, Lilo took him to the beach. Here, she decided, he could show everyone what he had learned and how good he could be. Stitch grabbed his ukulele and waddled to the shoreline in front of all the tourists. He began twanging away.

The tourists loved the music and swarmed around him, taking pictures. But the flashes were too bright for Stitch. He grabbed a camera and smashed it to bits. A man soaked him with a squirt gun. The blasts of water made Stitch angrier. He grabbed the tourist and hurled him through the air. Everyone ran away as fast as they could. They were frightened. 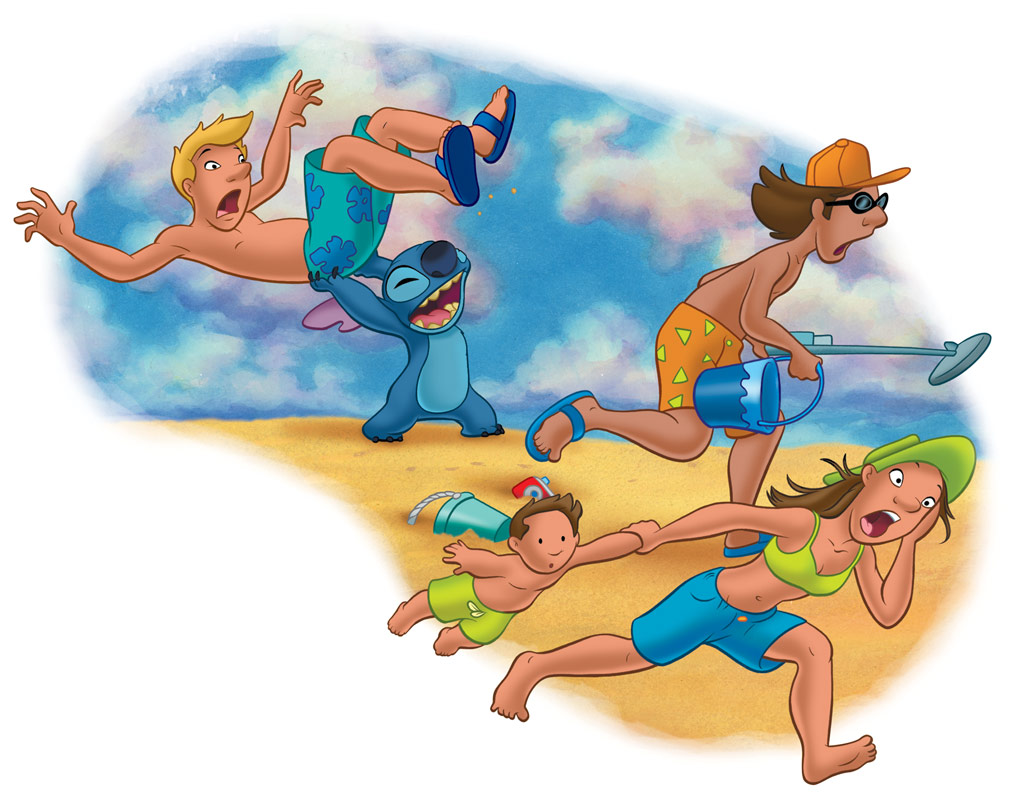 Lilo was upset. Stitch hadn't learned to be good. Plus, the social worker saw what had happened and worried about Lilo's safety.

La Biblioteca De Los Muertos by Glenn Cooper
The Seeker A Novel (R. B. Chesterton) by R. B. Chesterton
The Black Widow by Lisette Ashton
Where Beauty Lies (Sophia and Ava London) by Fowler, Elle, Fowler, Blair
Miral by Rula Jebreal
The Memoirs of Mary Queen of Scots by Carolly Erickson
A Perfect Marriage by Bright, Laurey
Deliberations: A Foreigner Short Story by C. J. Cherryh
A Life More Complete by Young, Nikki
Sweet Spot by Susan Mallery
Our partner