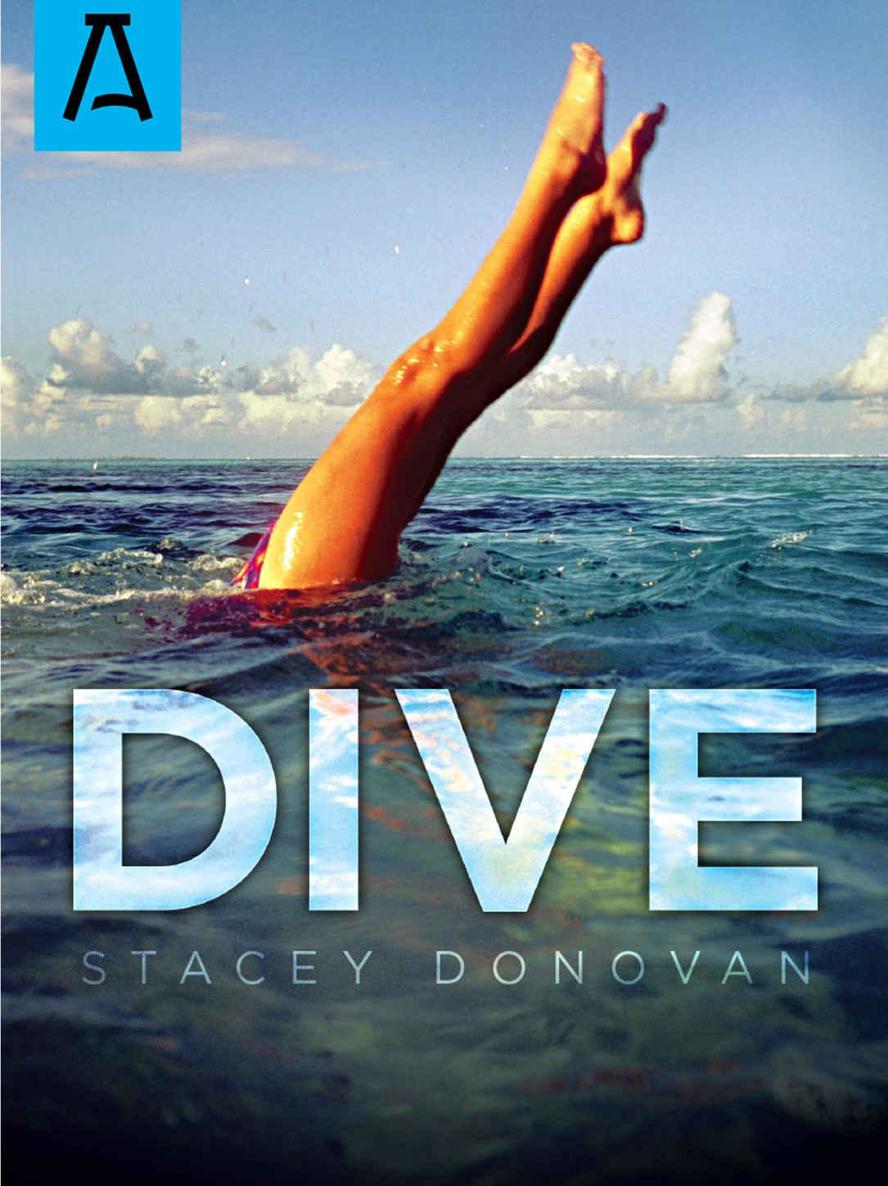 Let the Wind In

Are You Talking to Me?

If We Were Buffalo and We Ate Grass

Swallow Before You Speak

Who Can’t Fly Yet

Where Are the Windows?

What Is and Is Not

At Least I Can Hold On

And Think It Were Not Night

Bigger Than Both My Hands

When the World Comes Back

Just by Being There

When the Wave Comes

No part of this book may be reproduced or transmitted in any form or by any means, graphic, electronic, or mechanical, including photocopying, recording, taping, or by any information storage or retrieval system, without the permission in writing from the author.

These questions are the simplest in the world.

From the stupid child to the wisest old man,

they are in the soul of every human being.

Without an answer to them, it is impossible,

as I experienced, for life to go on.

My dog was almost dead. Some goon in a green VW Beetle went careening along the road and slammed poor Lucky. Ripped open the dog’s leg and drove away. I was chewing a slice of toast in the kitchen when some kids from the bus stop leaned against the doorbell. As I opened the door, I thought Lucky could fly. He leapt from somebody’s arms to the step, his whole body in a tremble like it was sixty below zero. Blood spattered everywhere.

As soon as the kids saw me, the one who had carried Lucky, obvious from his ruined shirt, yelled, “The car was green! It was going a hundred miles an hour at least!” Then they all ran away. I couldn’t swallow the last bite of toast. It slid across my tongue as my throat closed and I reached for Lucky. It was not even eight o’clock in the morning.

I was barefoot, standing on the cold slate step, my hands deep in Lucky’s sleek fur. I lifted him and he groaned wearily, the sound creaking from his small black body. My throat knotted at the sight of the bloody lump. So close to my hand. Don’t hurt him. Bits of skin swung in clumps and pieces from his leg. The air somersaulted in a frantic rush. Oh—my breath. I wondered what to do.

Up the driveway rolled a big gold Cadillac. A gray-haired man pushed the door open. “How’s the dog?” he called.

I couldn’t say, not even if I’d wanted to.

“I saw what happened,” he said. His eyes were as bright as flashlights.

For an instant it felt like he had come to the house to sell something—flashlights? In another instant I realized everybody in my family was on their way somewhere else, nowhere I could reach them. The man took a few quiet steps toward me. When I looked down, I saw loafers on his feet.

“They’re gone,” I said, my chin lightly brushing the moaning Lucky’s head. My arms held him so that he rested, in a cradled way, against the soft flesh of my inner elbows.

“I can take you to the vet. What vet do you go to?” “The closest one,” I said. Lucky’s regular vet was miles away, but there was a new one in town.

I was afraid to move. My poor groaning dog. His endless, seeping blood. I stepped to the driveway. Lucky writhed in my arms.

And for a moment I wondered if this was who had hit Lucky. A gold Cadillac? Figures, the one moment in my life it would be useful to have a family, I don’t.

The car owner gunned the engine, the fingers of one hand tapping his stomach as if something alive was there. “Now which way do we go?”

“Just before the train station, on the right. You can take the back way.” I wished he would steer with both hands.

“The back way? I don’t live around here.”

“Can you get to town?” I asked. “Make a left here, and another at the stop sign down the road.” Lucky panted.

He nodded, then shook his head. “I was a few hundred yards behind. The absolute gall of people is hard to believe; it’s simply beyond me.”

“You couldn’t see the driver?”

“Only the car, one of those old Bugs, you know which one I mean? A real jalopy. I didn’t even see any brake lights.”

“Thank you” was the last thing I said, other than giving him simple directions to the new office complex I’d passed on my way to school. Be polite, my mind said. Don’t talk to strangers.

A black
CLOSED
sign hung below Dr. Wheatie’s name in an otherwise empty window. The place was so new there wasn’t even a curtain. Dr. Wheatie? I kicked the door anyway, since my hands held Lucky, until the vet himself appeared, shrugging into a white lab coat. The stranger was still behind me, wiping at the red mess on his beige deep-dish car seat. My jeans were soaked, and brown foam oozed from Lucky’s jaws. The vet’s sleepy eyelids lifted with surprise. I opened my mouth, but my voice didn’t follow.

“This way—let’s hurry now.” We followed Dr. Wheatie through the office into the examination room, the stiff bottom of his coat flapping. The new stainless steel of the heavy table was like a spotlight. Its brightness hurt my eyes as I bent over with Lucky, as I said unending stupid stuff, like “Hey boy. My boy boy baby.” Just to say something. For my dog’s sake.

The vet leaned over too. Lucky was panting like he’d run a big race. Dr. Wheatie tried not to tug at the pieces that were once his leg, and I tried not to let Lucky bite the vet, though his attempts lacked steam, and eventually his most menacing growl became a whimper. I felt my face drain each time Lucky yelped. What happens to the heart when it forgets to beat? Can it catch up later or is the moment lost forever?

The car owner appeared, wincing in the background, his eyes dim. The vet finally said Lucky needed an operation and turned to the stranger. The air, so still with tension, stank.

“No, no, not me. Not related. I just drove her here,” the Cadillac owner said, both hands up like he surrendered. Dr. Wheatie nodded and looked at me. His eyes were blue. “You’re underage. I’ll need your parents’ permission—and soon.” He started to scratch behind the dog’s ears. Lucky let him.

I grabbed the phone behind the table. I remembered my mother’s unfamiliar work number without a thought, which to me was a feat as good as lifting a car with one superhuman hand. I was yelling “Hello” into the phone when she answered, but then my voice became strangled. All I could get out was a meager “Lucky . . .” My throat tumbled into a sob. I couldn’t help it.

The vet’s hand left mine, the one that still held my dog’s trembling collarbone. I hadn’t been aware of his hand until he removed it. If I had been, I would’ve moved my own hand sooner. Don’t touch me. What was no longer there had more impact once it was gone. That was something. Like memory was sturdier than reality. I closed my eyes to stop the tears in front of everybody.

He reached for the phone. I must’ve missed a few words.

“…Vital signs good. The hind leg is badly torn, probably fractured….It could be some time . . . hard to say . . . maybe five hundred dollars. Yes … that would be the end of it.” Dr. Wheatie hung up. What happened to ‘Good-bye’?

The vet’s shoulders stiffened as he walked, no, shuffled, across the room. A drawer opened and Dr. Wheatie removed a syringe, which proceeded to roll on the desk top until he grabbed it. He shut the drawer and took a small bottle of some clear stuff from the back of a shelf overhead. The vet’s shoulders were like rocks. He didn’t look at me. Is it possible to climb out of one moment into the next? I wanted to. Being in that room was like being inside a cannon.

I held Lucky tighter. He growled as Dr. Wheatie looked at him, as he came toward us with a frown on his face. “What’s his name?” said the vet. Why did he sound that way, like something stood on top of his voice, weighing it down?

“So it’s Lucky.” Dr. Wheatie looked at the Cadillac owner. There was something crushing the air. They stared at each other. Like I wasn’t really there. Like it wasn’t my dog and I wasn’t covered with blood, standing between them in this room. No, no, not my cold feet on that cement floor sensing the stupid this-is-not-as-serious-as-it-looks moment adults like to pull. Sure, life’s a dream. Anybody home?

“Hey,” I said, “what’s going on?” Was that my voice? Dr. Wheatie coughed, which allowed his shoulders to return to the position they normally occupy on a body, rather than crowding his ears. “You’ve got to hold Lucky,” he said, “and I…pretty soon…he won’t feel anything.”

The stuff in his hand clattered onto the shining table. I saw his narrow, tentative fingers. His smooth hands. Dr. Wheatie was new at this.

“What are you doing?” I asked. Lucky flinched.

“The dog’s going to sleep.” The vet tried to smile. Instead, his mouth looked like a cracked rock. “I mean … I’m sorry.”

“Then what?” Sorry to interrupt. Lucky began groaning again.

“Let him go? Like what, off to heaven?” I think I was loud. Nobody spoke. Lucky didn’t move. I gathered him more snugly in my arms.

“Now, now. Can’t there be another way out of this?” said the Cadillac owner, his absurd hands waving through the air. Where was he from, anyway?

The vet just looked at the stranger’s hands.

The vet’s hand rubbed his chin. “Well, there’s a thought.” And then he really smiled. His teeth were white as snow. “I need help. Now let’s see if we can get this poor guy out of pain. We’ll need X rays first thing. Good!”

My feet froze. “Let’s see,” I said. Had I truly spoken? A part of me felt like I wasn’t really alive. But I could taste it, the question was so bitter.

Who hit my dog?

I am alive. At fifteen, I find myself staring at the shelves of food in the refrigerator. What, I’d like to know, are celery hearts?

There are simple questions. Like, why did the chicken cross the road? Knock, knock. Who’s there? Then there are the ones that make no sense. Who ran my dog over yesterday? What kind of person wouldn’t even hit the brakes?