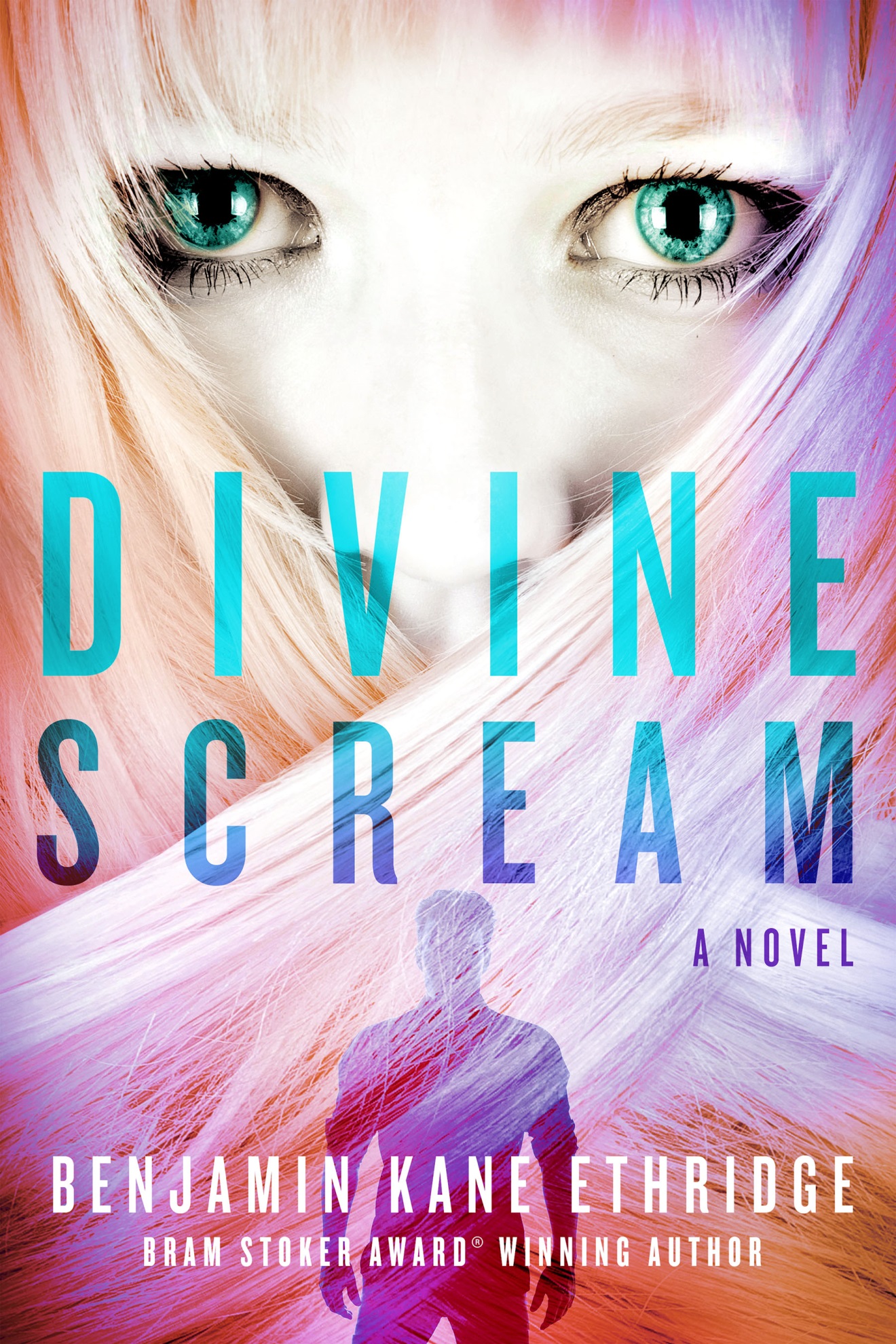 The doctor was afraid. Jared didn’t need to be a mind reader to understand that much. The receptionist had stressed Jared make the appointment as soon as possible, and that had been prompted by the doctor’s review of his labs and the chest X-ray. He knew it had to be bad news. You don’t get a call if your labs are normal, typically. So why was the doctor shocked now? Shouldn’t he have been prepared, a week later, to lay it on Jared? Maybe he still wasn’t sure what the results meant, or maybe, being only a few years older than Jared, he had second-guessed himself. Either way, the doctor with the GI Joe-cropped blonde hair and shrapnel acne scars down his cheeks had a look of paralyzing disbelief on his face, and he hadn’t spoken a word for the past five minutes.

When he finally did, Jared could hardly believe it.

“I’m uh… would you excuse me for a moment? Since you’re new with me, I just want to verify something with Dr. Saxon.”

“Just one of these results. I’m having—I mean, it’s probably me. Just, uh, yeah. I’ll be back in a jiff. Is there anything you want?”

“Something to drink or something?”

Jared shrugged. “I guess not.”

What else could Jared do but push back against the butcher paper on the exam bed? The crinkling sound embarrassed him, brought attention to the vulnerable state of being a broken human. Nervous as he was, he would sit and wait and do as he was told. At least they hadn’t made him get undressed and put on one of those big gowns made of napkin paper.

Doctor GI Joe took one more look down at the papers in his folder, as though a second glance might strike him differently. It didn’t; he pressed his lips together in a well-meaning smile, probably for Jared’s benefit, and got the hell out of the exam room.

I’m dying,
thought Jared. Right away he felt disgusted with himself.
You don’t know anything yet. Take a deep breath and wait to hear what the results are.

But then there was that opposing voice, the little storm cloud to piss rain over any sunshine, which replied,
With all those irregular heartbeats and that weird cough you’ve had—all that trouble breathing when you sleep—and now Doc Junior looks at the results like a chimp with a calculus problem. Signs point to very bad things, Jared. Sooner you accept it, sooner you can deal.

“I’m not accepting it,” Jared whispered to the empty room. He scrubbed at the burning disquiet in his eyes. “And I won’t feel sorry for myself.”

Lost your mom, lost your dad, and now you. Bam, bam, bam. Genetics is telling you something. Your family aren’t survivors.

Jared squeezed his lips together between his fingers. They felt corpse dry.

He searched around the room for distraction. Next to a bio-hazard waste disposal box mounted on the wall, a long poster detailed a cartoon man sliced in half with all his organs exposed. His gaze looked so serene… there was even a hint of a smile. What kind of a sick joke was that? It was mockery, put there just to disservice him. Hey there guy, here’s an example of brightly colored, untarnished organs,
whereas all those fleshy things inside you, Jared, are probably black, brown, or polka-dotted with corruption
.

Jared inched forward on the butcher paper, trying to get a better look at the heart’s location in relation to where he’d felt the odd palpitations.

The door opened quickly with a rapid knock-knock. Though unnecessary, it wasn’t much of a warning and Jared started. A triple heartbeat pulsed through his chest and a painful warmth spread down his left arm. The GI Joe lookalike stuck his head in. “Hey bud, just want you to know that Dr. Saxon will be coming over as well to discuss these results.”

“I also have my dad’s old friend, Dr. Revel. For a second opinion. He reviews all my medical results as well.”

GI Joe seemed uninterested. He peered back into the hallway and smiled a greeting at someone. Casting a furtive glance back at Jared, he said, “Well that’s a good thing if it makes you feel more secure, of course. Sure you don’t need anything to drink? Saxon said it’d only be ten minutes. I don’t recommend coffee, but we have water and juice.”

With a nod, he gently closed the door and Jared let out a sigh that ran with shivers.

What the hell is this about? Why are they torturing me?

He took out his cell phone to call Kaitlin, but then remembered she had an audition. She’d probably tell him to chill the hell out anyway.

Several minutes passed with Jared just listening to the murmuring sounds of receptionists behind the thin walls. He considered looking at Facebook or playing one of his phone games, but the bitterness in his mind made those options bleak and exceedingly depressing. A reddish shadow glided over the room and vanished near the window. Must have been a reflection from a passing car outside—except the blinds were shut, so that couldn’t be possible.

Something clicked against the window. Jared knitted his brow. He was just jittery. That was certain.

Most likely birds dropping things, or squirrels in the rain gutters. But then, there weren’t really any ideal squirrel trees around this part of the city, so yeah, probably birds…

Jared hopped off the exam table and drew the accordion blinds up with one tug. Several pebbles struck the window. He glanced down and beyond the rusted fire escape to a woman standing in the alley. He was awestruck. Even at a distance, it was clear she was damn beautiful, with a piercing intelligence behind eyes like Caribbean water. Her gaze locked onto his and she made a gesture to open the window. When he stood there, staring like a dumbass for a few moments, she moved several strands of hair off her shoulder, showing impatience, and made the gesture again. Her dark brown hair had waves of purple, blue, and magenta through it, but in the midday sun the streaks almost had a metallic quality to them. Jared had never seen such an effect from hair dye. Must have been a new punk rock thing. Probably so, since she wore some strange skin-tight gray jumpsuit, which had a military look, save for the V-cut neckline.

Jared turned his eyes back to the door, expecting the doctor to burst in again.
Knock-knock!

“What the hell,” he muttered.

The window latch was difficult to turn over, as though it hadn’t been opened in years, but the window itself came up so quickly it hit the framing above.

“Were you calling to me?” he asked.

How weird to ask someone up in a building for car help rather than find a nearby auto shop.
Her beauty could capture all manner of greasy mechanics. “Sorry, don’t know anything about cars.” Jared reached to pull the window back down.

“It’s only that I dropped my keys and kicked them under my car. I just need a longer arm to reach them. It won’t take a minute.”

Her voice had a sweet-as-cherries, musical quality to it. That and the deep plunge of her neckline had Jared staring. When he realized his inappropriateness, he moved his eyes away.
Classy. Way to stay a gentleman…

Noting his silence she swayed a little, looking flighty. “You’re kind of my only hope right now.”

Jared frowned. “I’m sure you can find someone down there.”

“Look, it’ll only be a few minutes. Come on, there’s a fire ladder right outside. Or is the view too good up there?” She offered a luminous grin.

Face flushing, Jared concentrated his attention on the brick wall behind her. “Wish I could help. I’m in the middle of something important. I’m really sorry.”

“What can I do for a little assistance here? It’ll be quick. I swear.”

“I shouldn’t be climbing ladders.”

She tilted her head. “You’re not scared of me are you? What will it take to convince you I’m friendly?”

He looked back incredulously and before he could avert his eyes, she drew down her top and flashed her breasts.

She put herself away and folded her arms, no hint of embarrassment on her face. “I like seeing you blush, and besides, you’re now obligated to help me. I gave you a freebie. It’s only fair. Hey, you were looking anyway—thought it might help you do the right thing.”

“Help this distressed woman who graciously, although briefly, shared her bosoms with you.”

This had to be a fever dream. Jared shook his head, and yes, indeed, he was pretty damned lightheaded. “But I didn’t ask... I mean, I’m sorry, thank you for that, but I can’t help. I’ll get someone in the office here—”

Her words slapped him into silence. He stood there at the window, blinking. “H-how did you know my name, are you—”

The woman pointed to the ground. “Get down here.
Now
.” Her brown purple eyebrow arched. “Before I do something fancy and make you come down. Nobody can help you up there. Only
I
can. Move it. You are in grave danger.”

A sharp point of truth stabbed through Jared’s inconsistent thoughts. He didn’t want to hear what those two doctors had to say, and this mystery woman knew him somehow. She knew his name and where to find him. Something about her tone of voice too. It reminded him of his childhood,
no
,
his entire life
, like she’d personally read aloud to him every memory that ever involved him. The sound was uncontaminated emotion, unmistakable. Riveting and terrifying. She almost sounded like… the voice of his conscience.

For that and for all the fears he might escape here in the exam room, Jared poked through the window and grabbed hold of the fire escape. It was sturdier than expected and reminded him of climbing the one outside his parents’ apartment in LA as a kid. His heart beat strangely in its new rhythm as he carefully took the ladder off the side. Each of his steps on every rung were calculated with full prudence. He must have been going too slowly because the woman started gently slapping her hip and fidgeting.

Nothing to Hide (A Roland March Mystery Book #3) by Bertrand, J. Mark
Hosker, G [Sword of Cartimandua 00.5] Ulpius Felix- Warrior of Rome by Griff Hosker
The Devil You Know by Elrod, P.N.
Falsely Accused by Robert Tanenbaum
Prowlers: Wild Things by Christopher Golden
Genesis (The Exodus Trilogy) by Andreas Christensen
Pieces of You by Marie, Lisa
Boston Avant-Garde 2 - Crescendo by Maitland Kaitlin
Wake Unto Me by Lisa Cach
Waiting for Summer's Return by Kim Vogel Sawyer
Our partner