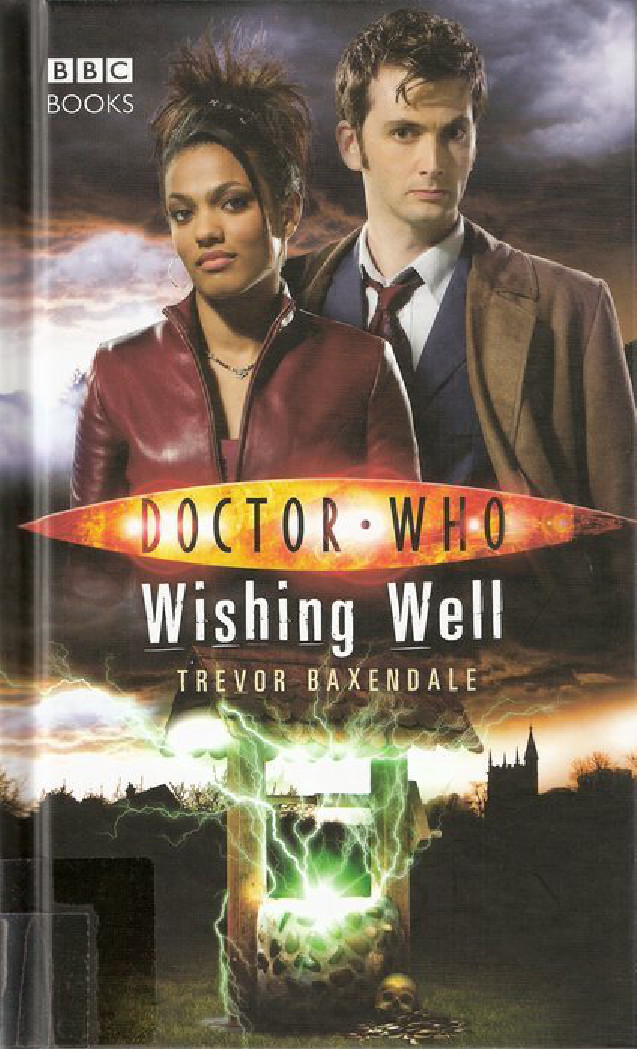 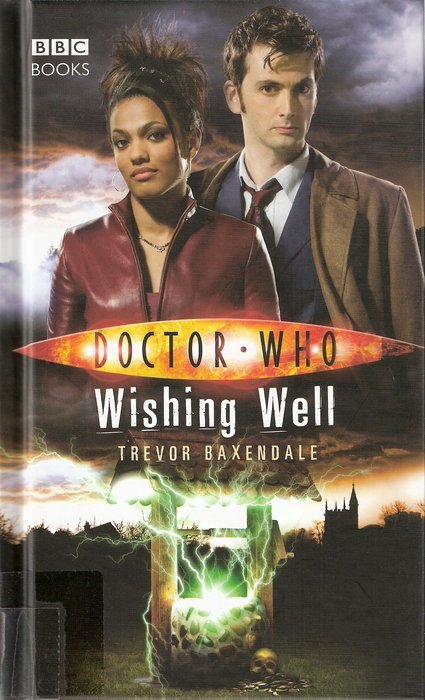 The old village well is just a curiosity – something to attract tourists intrigued by stories of lost treasure, or visitors just making a wish.

Unless something alien and terrifying could be lurking inside the well. Something utterly monstrous that causes nothing but death and destruction.

But who knows the real truth about the well? Who wishes to unleash the hideous force it contains? What terrible consequences will follow the search for a legendary treasure hidden at the bottom?

No one wants to believe the Doctor’s warning about the deadly horror lying in wait – but soon they’ll wish they had. . .

Featuring the Doctor and Martha as played by David Tennant and Freema Agyeman in the hit series from BBC Television.

Published in 2007 by BBC Books, an imprint of Ebury Publishing.

Ebury Publishing is a division of the Random House Group Ltd.

Trevor Baxendale has asserted his right to be identified as the author of this Work in accordance with the Copyright, Design and Patents Act 1988.

‘Doctor Who’, TARDIS’ and the Doctor Who logo are trademarks of the British Broadcasting Corporation and are used under licence.

All rights reserved. No part of this publication may be reproduced, stored in a retrieval system, or transmitted in any form or by any means, electronic, mechanical, photocopying, recording or otherwise, without the prior permission of the copyright owner.

Addresses for companies within the Random House Group can be found at www.randomhouse.co.uk.

The Random House Group Limited supports the Forest Stewardship Council (FSC), the leading international forest certification organisation. All our titles that are printed on Greenpeace approved FSC certified paper carry the FSC logo. Our paper procurement. Policy can be found at www.rbooks.co.uk/environment

Typeset in Albertina and Deviant Strain

Printed and bound in Germany by GGP Media GmbH

For my Three Wishes –

and for my Dad, Alan Baxendale,

for still enjoying
Doctor Who

‘At the end of this tunnel is the treasure,’ said Nigel Carson.

The two men with him started to laugh.

‘What’s so funny?’ he asked. He shone his torch back at I hem so that he could see their faces.

Ben Seddon was a wiry young man with mousy hair and steel-rimmed spectacles. There was just a hint of derision in his thin-lipped smile. ‘Come on, Nigel! Have you listened to yourself?’ He adopted a melodramatic tone. ‘“At the end of this tunnel is the treasure!” Honestly, I feel like a character in a kid’s adventure book.’

This is strictly for grown-ups.’

‘Well, I’ve always liked a good secret tunnel,’ said Duncan Goode appreciatively. He was taller, bigger, with untidy blond hair. There was an amused glint in his blue eyes and he spoke with a soft Welsh accent. ‘Especially one that leads to buried treasure.’ He said the last two words with gleeful emphasis.

Both Duncan and Ben started to laugh again, and Nigel swore at them. ‘You weren’t laughing when I showed you the map,’ he snarled.

Nigel pointed his torch back into the darkness ahead, but the beam just disappeared as if swallowed whole by a huge, black mouth. In this section of the tunnel, there was just enough room for a man to stand up straight and hold his arms out at the sides. His fingertips 1

could just brush the walls. It was cold and damp and claustrophobic, but none of that mattered.

They were, after all, going to be rich. The plans showed the exact position of the tunnel’s end, and the treasure chamber was just beyond that. They weren’t far from it now.

Ben was still smiling. ‘What are you going to spend your share on, Dune?’

Duncan had to stoop slightly to avoid scraping his head on the ceiling. ‘I dunno. A nice car, probably. Nothing too fancy, mind. I don’t want to blow it all at once.’

‘You’ll be able to afford a whole fleet of nice cars,’ snapped Nigel.

‘All right, nice cars, plural. Oh, and a new house for my mum, definitely. And if there’s anything left after that, a Cardiff Blues season ticket. How about you, Ben?’

Ben licked his lips. ‘First off, I’ll pay all my debts. I’ve got a student loan like you wouldn’t believe. If there’s anything left after that, then I might set myself up in business. Computer services, that kind of thing. And the car I’d buy – the
first
car I’d buy – would be one of those slick Aston Martins, like James Bond has.’

‘Sounds good. What about you, Nigel?’

Nigel’s voice echoed irritably from the shadows ahead. ‘What do you mean?’

‘What are you going to spend the loot on?’

‘You must have some idea!’

‘There’s more to this than fancy cars and presents for your parents.’

Nigel looked disparagingly at them again and sighed. ‘I sometimes wonder why I brought you two along. You’re like a pair of big kids.’

‘Sorry Nigel,’ they chorused dutifully. ‘Shut up. Here’s the end of the tunnel.’

Nigel’s torch beam flickered across a wall of soil. He played the light all around the area and above their heads. Thin, stringy roots hung down from the ceiling, full of thick cobwebs and tiny, scuttling spiders.

‘Ignore them and they’ll ignore you,’ advised Duncan softly. ‘Just don’t offer them a share of the loot!’

They chuckled again but Nigel held a hand up for silence. ‘Belt up, you two. This is it. We’re right on top of a pile of eighteenth-century gold that’s going to make us rich beyond belief.’

Duncan moved forward, touching the wall of soil, appraising the job as best he could in the meagre light. ‘Just a few metres beyond this point, you reckon?’

According to Ben’s computer model, the treasure chamber’s not much further along the tunnel – ten metres, tops.’

‘I’m in this for more than laughs.’ Ben was looking serious now, staring at the tunnel end as if he could see through it to the treasure beyond. The proximity of all that gold had dampened his sense of humour. ‘When do we start?’

‘As soon as you can,’ Nigel replied. ‘I’ve arranged for picks, shovels and a wheelbarrow. There are some heavy-duty lamps as well – you’ll need light to work by.’

‘And what about you?’ asked Duncan. ‘What are you going to do while we’re digging?’

‘Maintain our cover, of course. As far as the people up there are concerned,’ Nigel gestured upwards, through the roof of the tunnel,

‘we’re assessing the area for the tourist board. I’ve booked us into three rooms at the local pub.’

‘Well, come on then,’ said Ben Seddon. ‘What are we waiting for?’

Nigel told them where the equipment was and the two men set off back up the tunnel to fetch it.

After a while, when he was absolutely certain he was alone, Nigel took a small object wrapped in chamois leather out of his jacket pocket.

Inside was the stone.

He honestly didn’t know what else to call it. To him, it was always just
the stone
.

It wasn’t very big; about the size of a man’s heart. It was smooth and dark, like a large pebble, but unlike any other stone it was warm to the touch. Always.

‘How close?’ Nigel asked in a whisper. ‘How close am I now?’

The stone didn’t always respond to direct questions. But if Nigel relaxed, if he emptied his mind of all thoughts except for those the stone needed, he could often sense some kind of reply. He rested the fingers of his right hand on the stone and closed his eyes. After a few moments he could feel the heat spreading through his hand and arm, as if thin tendrils of fire were working their way upwards, slowly and inexorably, towards his brain.